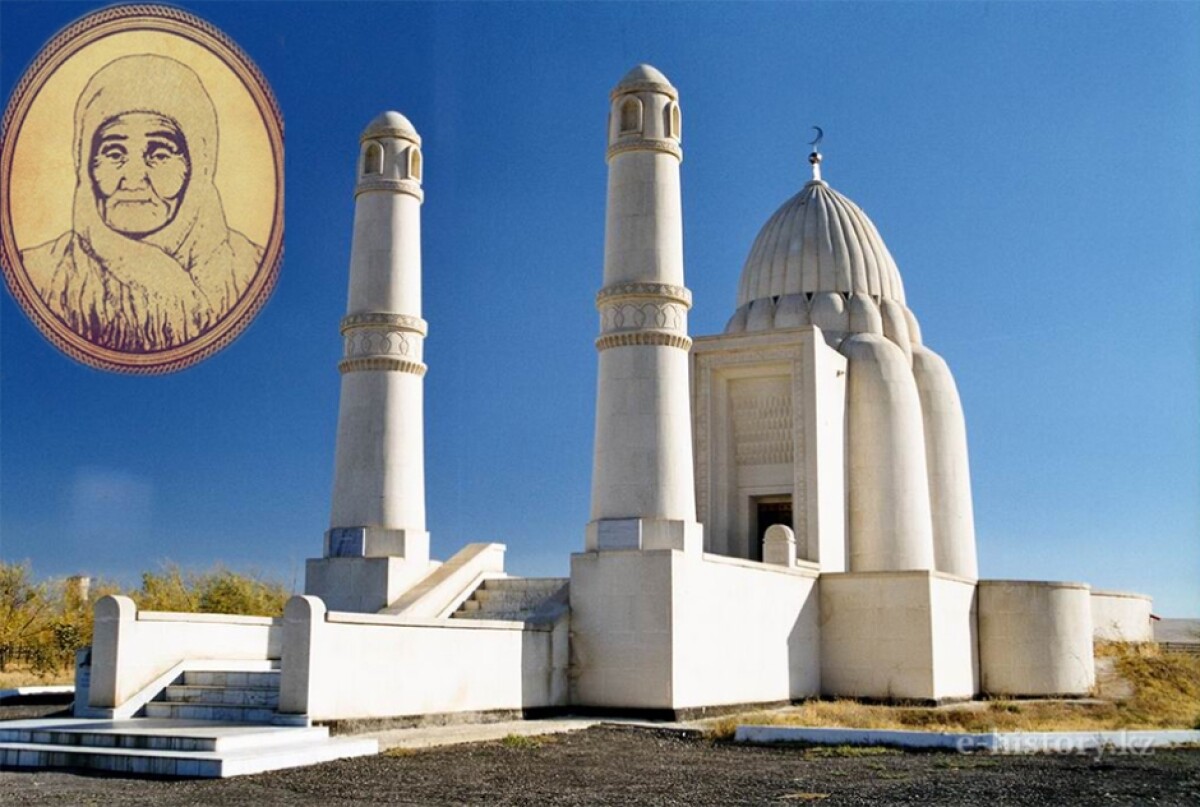 She was short, chubby, plump woman that is why people called her “Domalak ana”, which means “chubby mother” in Kazakh.

The real name of the heroine of this article is Nurilya Mizambekkyzy. She lived at the turn of VI-VII centenaries and came from a noble family. Nurilya was the third wife of Baidubek batyr, where such famous dynasties as Oshakty, Shapyrashty, Alban, Suan, Ysty, Dulat came from.

Nurilya was lucky to get ability to foresee the future and proved it in practice. She was short, chubby, plump woman, that is why people called her «Domalak ana», which means «chubby mother» in Kazakh. People recognized her as mother of all Kazakh mothers. Who else was recognized as the mother of the whole nation during the lifetime, who had the honor to be equal to the ancient goddess Umay — preserver of the hearth, coziness and happiness?

The following case serves as example, that this woman living among ordinary people, not differ from them in something significant always kept thoughts and cares about people in heart and in mind.

Domalak ana’s husband, well-known biy outside of our country — Baidibek, was an owner countless herds of horses, camels, numerous flocks of sheep. He also was in trade, loaded a lot of caravans with parcels; in general, he was a very wealthy man.

The time was anxious and troubled during the existence of Domalak ana and Baidibek biy. There is a proverb about it: «Do not say, there is no enemy, if you do not see him». Once a numerous group of enemies passing the Alatau mountains invaded the foothills of Karatau, where herds of Baidibek biy were grazing. Enemies defeated a few villages that were there and stole the thousand-headed herds of horses. Baidibek biy was absent, because he was in long-distance travel. When he heard about invasion, he urgently raised an army, which included his six sons from the eldest wife Sara and he was going to the crusade in pursuit of the enemy. Then, Domalak ana told Baidibek biy the following: «My husband, totem-keeper, your herds will come back after six days not obeying robbers. Do not go in vain, let the people who want to go with you stay alive».

But Baidibek biy was so angry and did not listen to her. He went to crusade. They say «Who did not think about words will get a deserved punishment». When biy’s group reached the mountain pass Kiik, they caught enemy and joined battle. But enemy was outnumbered, they were ready to chase and did not let Kazakh warrior to take over them. Baidibek biy’s six sons died in that battle. They buried them near Ush Karasay and returned defeated.

After few days, as Domalak ana said, light-brown he-horse standing at the curb, became restless and began knocking loudly with hoof on the ground, neighed again and again. That day there was thick dust on the horizon before the evening prayer and Baidibek’s herds came back to the native village. Thus, Domalak ana’s words came true, who did not leave home for a second and brought the herds back.

Domalak ana was buried on the plateau Bogen, where two rivers come together. Her mausoleum is visible from afar in the midst of blue mountains. She continues to draw her duty, wishing steppe people only welfare and happiness.