Home News Other History of the legendary street

History of the legendary street 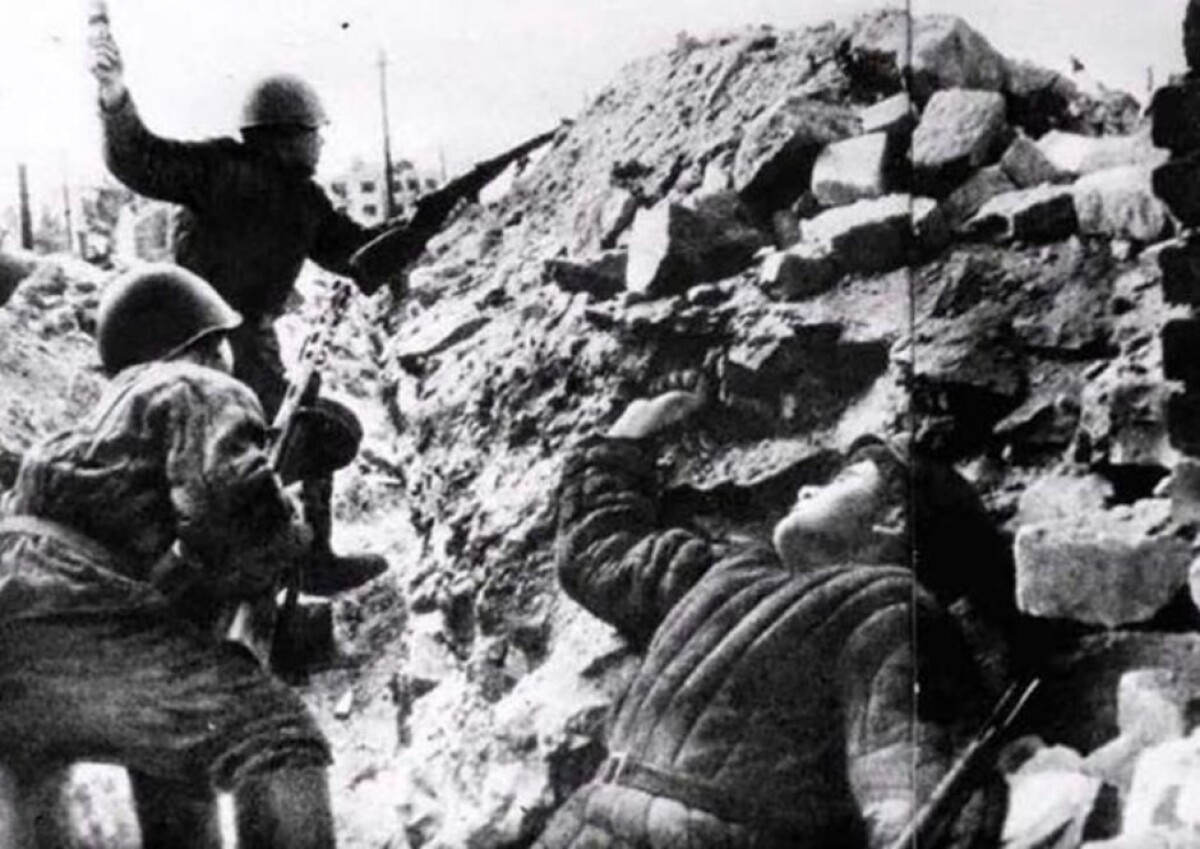 One of the streets of the city was given name of the 30th Guards division in the solemn ceremony, where S.Amanzholov EKSU is located.

...In March 1941, a group of officers and sergeants, who did military service in the city of Chirchik in the 194th rifle division came to Ust-Kamenogorsk. All arrived officers were accommodated in the fortress and were assigned to divisions for various positions. They were given tasks on organization of new military divisions and units. In April 1941, draft-age men from different regions of the country came there. They formed the 405th rifle regiment of the 238th rifle division. The other units were formed besides the 405th regiment and were deployed in Semipalatinsk and Ayaguz. The division headquarters situated in Semipalatinsk. «As the war began division was reinforced by draft-age men from the local population of Leninogorsk, Shemonaikha, Bystrukha, Sekisovka, Uvarovo and other villages to the war establishment. From July to the middle of August we led reinforced training operations, on August 15 division was transferred to the Iranian border on the order of the Joint staff with the aim of crossing the border of Iran and capture of strategic points. However, the transfer was not held, as an agreement with Iran was concluded. After that the division was deployed to Termez, where we continued to improve military training», — said D.Kolnobrutsky, the commander of the troop of the 30th Guard division. September 26 they got an order to transfer 238th division to the disposal of the command of the Western front. They traveled for five days from Termez to Tula. The division became a part of the 49th army

Having arrived in Tula, the division took up a defensive position in the area of Shchekino-Yasnaya polyana.. The enemy rushed to Moscow. The regiments were redeployed to Alexin, where the first fire baptism happened. Enclosed group of the enemy tried to block the roads from Tula to Moscow. The fight was persistent. Despite the superior forces of the enemy in the technique, the division did not give up, December 6, 1941 by the order of Supreme Commander all Western front went to the offensive blow.

During December-January 1942, the division during offensive battles moved up to 260 km, German forces suffered heavy losses and left heavy equipment on the battlefield. During this time, the division liberated Alexin, Nedelnoye, Polotnyanyi zavod and came up to Yukhnov.

In January 1942, the Soviet troops continued offensive battles in Podmoskovye, liberating cities and town from German-Nazi invaders. The difficult situation was on the left flank of the army. The army commander ordered to transfer 238th rifle division there, setting the mission to conduct an attack in direction of the settlement Myzga, invade and cut off rail line Polotnyanyi zavod — Kaluga. The division made a forced march, concentrated in the indicated area and got to resistance force with the opponents. The persistent fight lasted for five days. Myzga passed from hand to hand for five times and finally, on January 10 two troops of the 830th and 837th rifle regiments mopped up the village from the enemy.

After continuous months-long battles, the division was allotted from the forefront for rest and refill. On May 3, 1942 the news that by the Order of the Presidium of the Supreme Soviet of the USSR for heroism in the battles against German-Nazi invaders, the division is awarded by the order of Red Banner came. After three weeks another good news came: by the order of the People’s Commissar of the Defense dated May 25, 1942 the 238th rifle division was reorganized to the 30th Guards one. The regiments were also renamed: 830th to the 94th guards rifle, 837th to the 96th, 843th to the 98th, 693th artillery regiment became 63th guards and 74th independent anti-armor battalion became 35th guards one. The signal battalion, medical and sanitary battalion, a sapper battalion and reconnaissance company were renamed too. Ceremonial awarding of guards title and order of the Red Banner to the division was held on June 20, 1942. The member of the Military board of the 49th army brigade commissioner Sychev came to present military trophy and awards. Historian A.Potapov in his book «Ognenny put» («The fiery path») described that solemn day: «Brigade commissioner Sychev completing outflanking of the army with divisional commander spoke to soldiers:

-Presenting you the guard banner and the order of the Red banner, I express the confidence that you will honorably pass all storms and trials and win.

The command «Room shun!» was given. The guard’s banner was carried to the middle of the formation. Bending on the knees, the soldiers took an oath of allegiance to the flag. In August 1942, the 30th guard division was transferred to attachment of the 33th army with the mission to attack on the Rzhev direction. The division consisted of about 11 thousand people at that time. Fighters of the division fought in the bloody battles under Rzhev and Yelnya, in the Pskov area, they forced Western Dvina. October 15, 1944 they expelled the occupants from the capital of Latvia, due to this, the 30th Guard was awarded the honorary title of Riga. The division finished the war in Courland.

During the war years the 30th Guard rifle division liberated 1200 settlements including 8 major cities from German-Nazi invaders. 13 thousand of its warriors were awarded by orders and medals for military merit.

On May 9, 10985 one of the streets of the city with participation of invited guests and citizens of the city in a official ceremony was given the name of the 30th Guard division where the main building of S.Amanzholov EKSU is located.

The museum of war glory devoted to legendary 30th guard division was opened at school-lyceum № 31 in early 2010.

Teachers and masters of apprentice training — veterans of the 30th Guard rifle division worked at various times at S.Amanzholov EKSU.

I.V.Rovnyakova, Vice-rector for Education Affairs of S.Amanzholov EKSU on web-site materials of Kazakhstan