Home News Other Monuments of Korkyt-ata 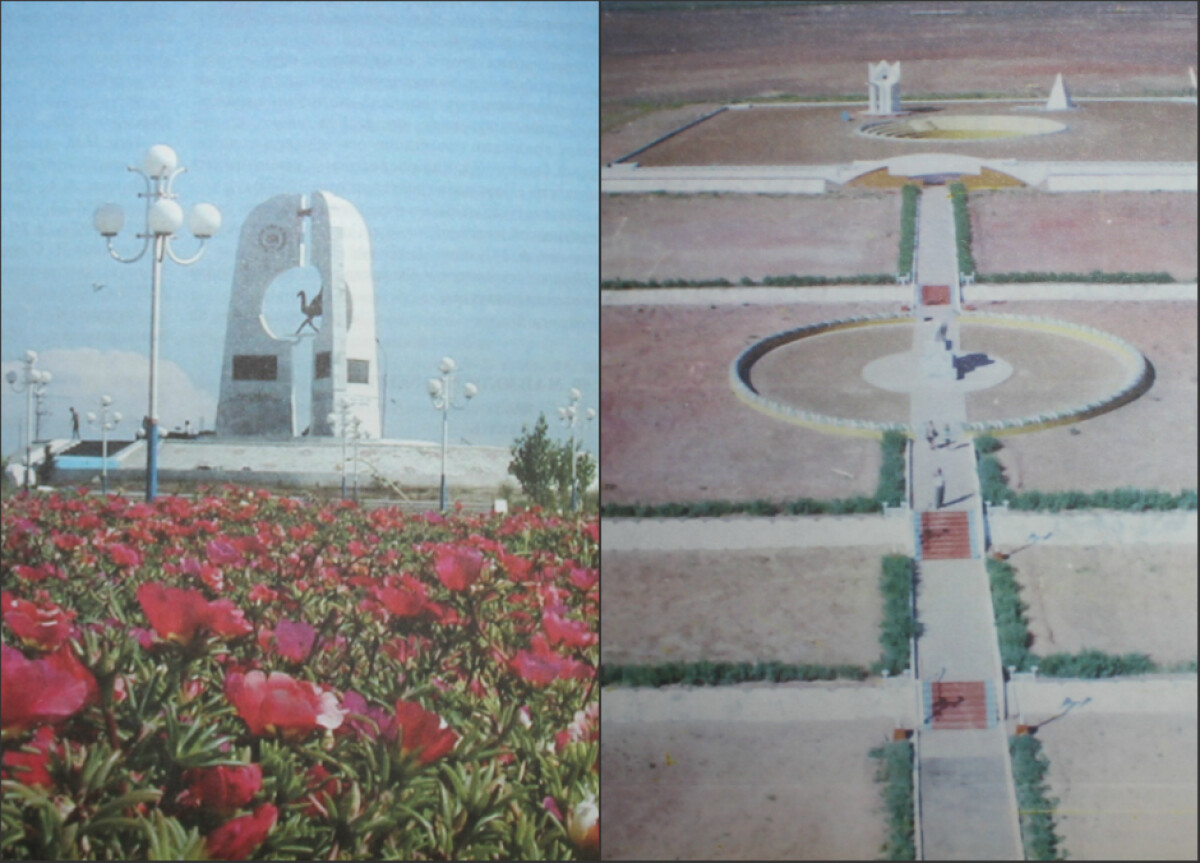 The sound of the kobyz passing through the centuries are heard with the wind blowing at a memorial complex of Korkyt-ata.
Korkyt-ata mausoleum (X-XI centuries) is located in one kilometer from the district center Jusaly on the higher right bank of the Syrdarya, on the extensive necropolis, consisting of burial structures of different periods. At the present time the monument is completely lost.

A wide cycle of legends and stories, which go far beyond the present territory of Kazakhstan is connected with a legendary personality of holy Korkyt-ata.

The cult of Korkyt-ata with more than a thousand year tradition is connected with migrations of Oghuz tribes (one of the centers of consolidation which was located in the lower reaches of the Syrdarya) was spread over a wide area (from Altay to Asia Minor and the Caucasus) was reflected in spiritual culture of the people living there. According to the legend, Korkyt-ata is an inventor of the kobyz (a musical instrument, used by Kazakh shamans to achieve trance).

The monument drew the attention of researchers at various times with antiquity and legends related to it. A big publicity of Korkyt-ata led to the fact that an extensive cemetery appeared near its monument: «there were about 50 graves near the tomb of holy man» (A.I.Makishev).

Based upon photos and descriptions, Korkyt-ata mausoleum was built of raw brick, its single-staged capacity with square foundation was covered by dome (however, there is information about «six-eight» corners of mausoleum). Clay tombstone was so big, that its part was beyond of the mausoleum.

The mausoleum connected with legend «about national patriarch and singer Korkyt, creator and preserver of the folk wisdom», cycle of legends which defined the structure of epic legends of Turkmens, Turkish, Azerbaijans and et cetera has an exceptionally important historical and cultural value. 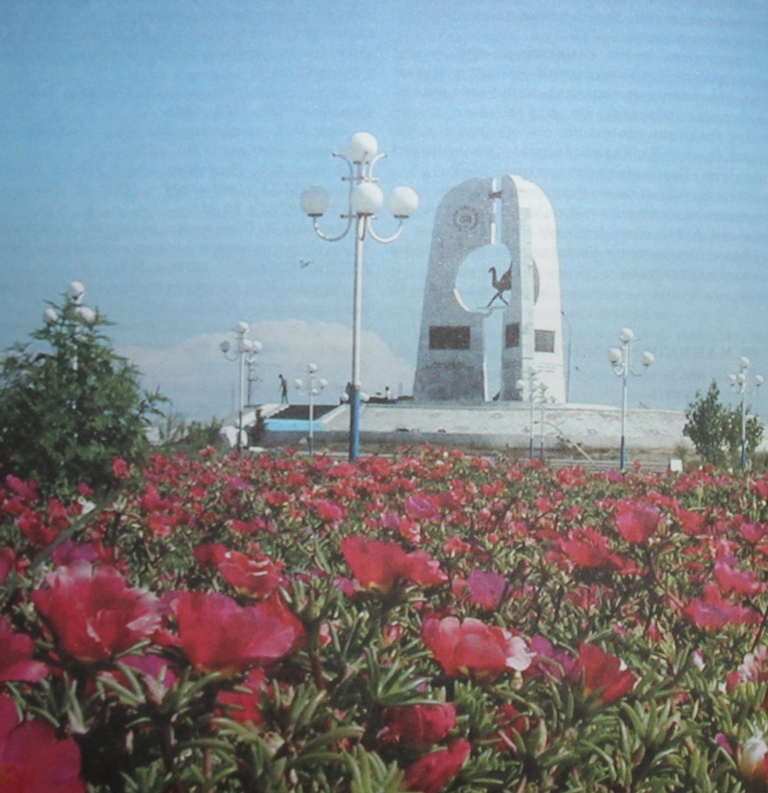 The monument and memorial complex were built in the memory of legendary Korkyt. The monument is located on the right bank of the river Syrdarya near the administrative-cultural center. It was opened in 2000 in the honor of the 1300th anniversary of «Kitabi dede -Korkyt», sculptors: Zh.Ismagululy, E.Ibraimov. a monumental arrangement consists of three stelae, reminding the kobyz. Korkyt-ata with the kobyz in hands, sitting on his legendary camel Zhelmaya is represented in embrasure of the stele. 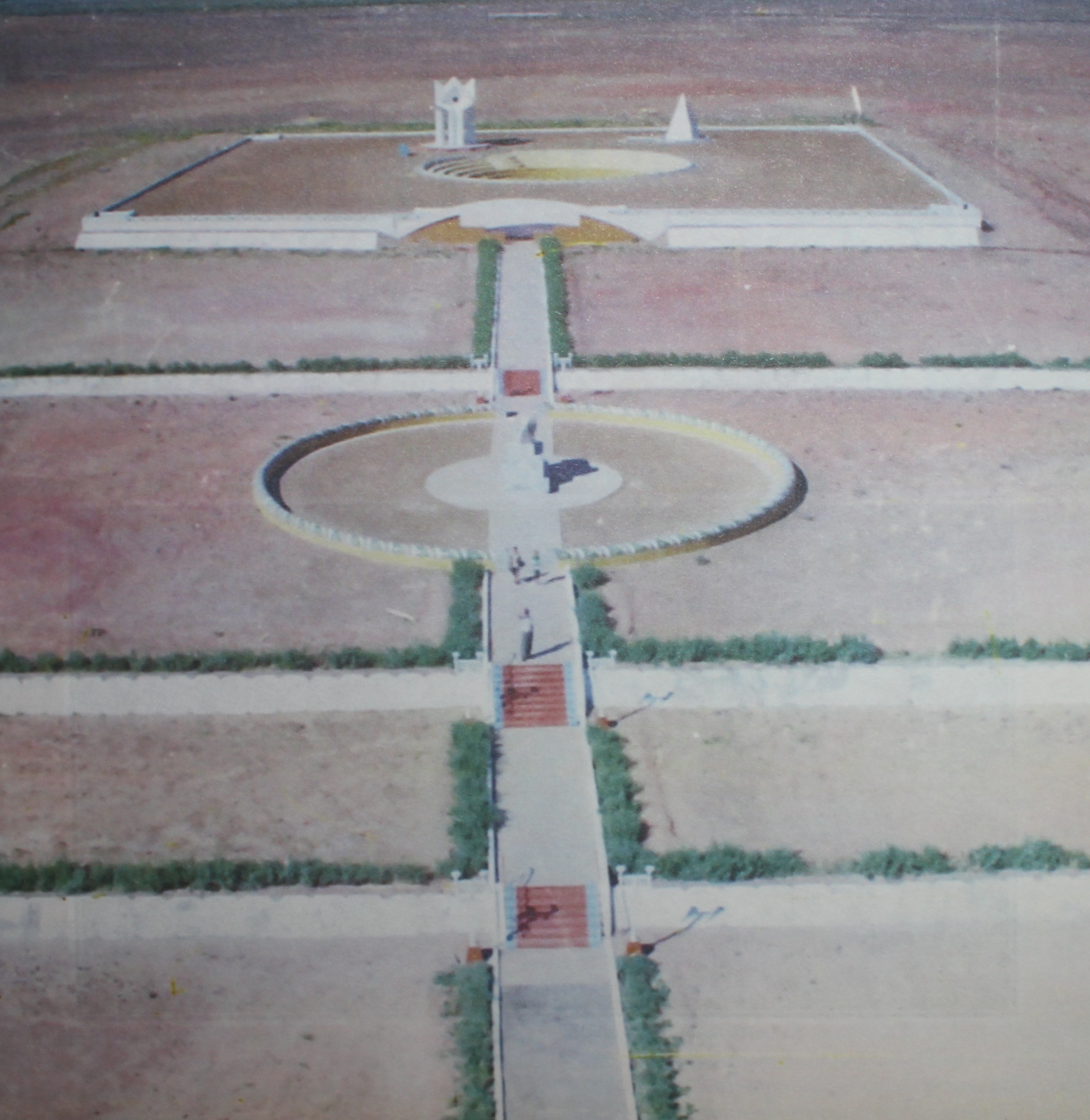 The memorial complex is located to the north-west from the town Zhosaly, in 2 kilometers to the west from the station Korkyt-ata of Karmakchy district. The construction of the complex began in 1980. The complex consists of several monuments. The authors: B.Ibrayev, S.Isatayev. The center of the arrangement is a stylized kobyz, consisting of 4 stelae, oriented to the cardinal directions, which resemble inverted instrument kobyz in its shape. There is a hatch in the joining of the figures and there are forty metal pipes of different diameter and length inside it.

When the wind passes through the hatch, there are sounds, reminiscent of the tunes of the kobyz. There is an aboveground sanctum, an amphitheater near the monument.