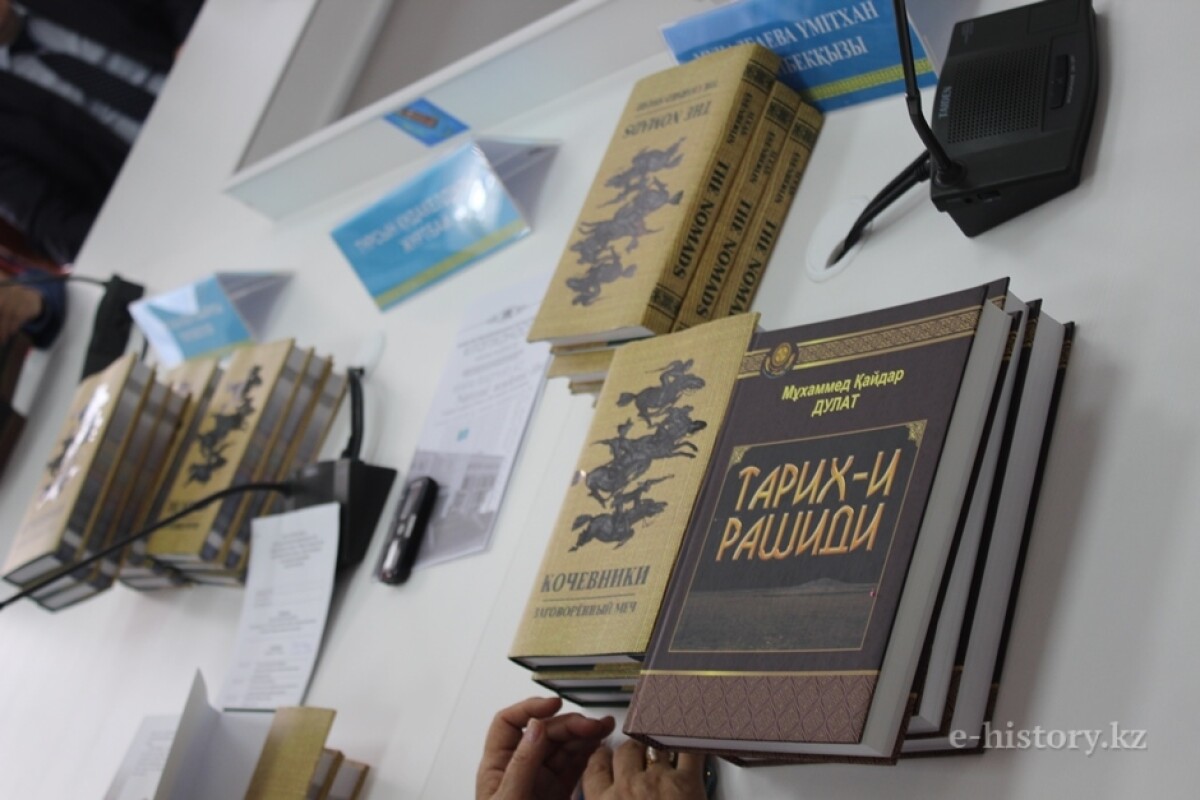 These books have been a great legacy in the role of revival of historical basis for community of Kazakhstan, especially for young people in due course.

Presentation of the republished books «Tarikh-i Rashidi» (author — Makhmud Khaidar Dulati) and «Kochevniki» (author — Ilyas Esenberlin) was held today in Constitution hall of the National Academic library of the Republic of Kazakhstan. Re-edition of the books devoted to the 550-th anniversary of the Kazakh khanate. A representative of the Ministry of Culture and Sport of RK Taukelov S.B., representatives of clerisy took participation in the presentation. 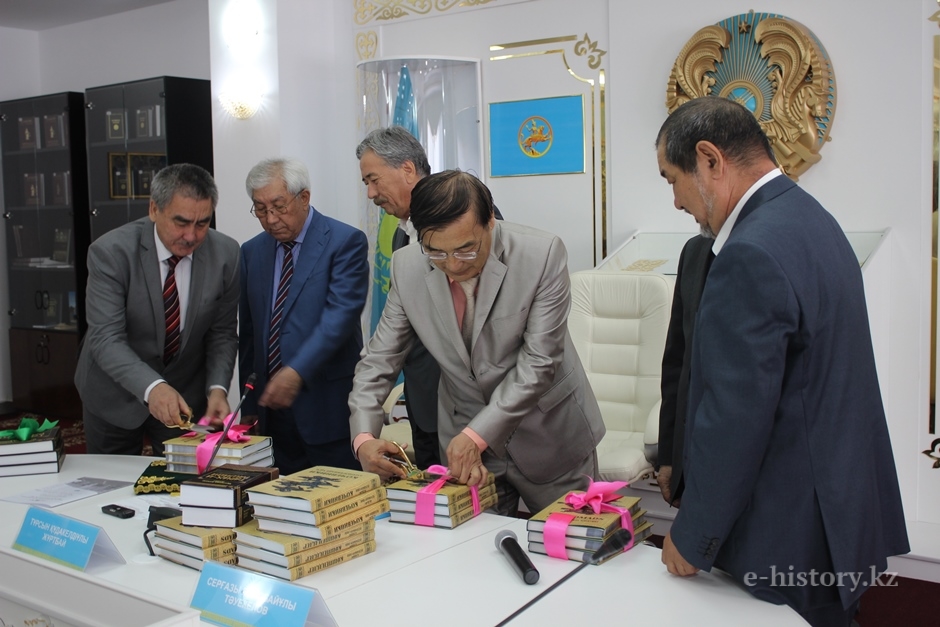 In 2015, according to the decree of the Government of the Republic of Kazakhstan № 1448 dated December 31, 2014 on preparation and carrying of anniversary events within the frame of celebration of the 550th anniversary of the Kazakh khanate, a book «Tarikh-i Rashidi» by Makhmut Khaidar Dulati translated from the Iranian language by Islam Zhemeney, Kanat Syzdykov and Ulan Erkinbayev was republished on the initiative of publishing house «Kazakparat». The compiler of the book is a public fund «The Association of historian of Kazakhstan». The edition was published with total circulation of 7000 copies in the Kazakh, Russian and English languages. The trilogy «Kochevniki» by I.Yesenberlin was republished in Kazakh −2000 copies, in Russian −2000, in English −2000 also on the initiative of «The Association of publishers, printers and book distributors». 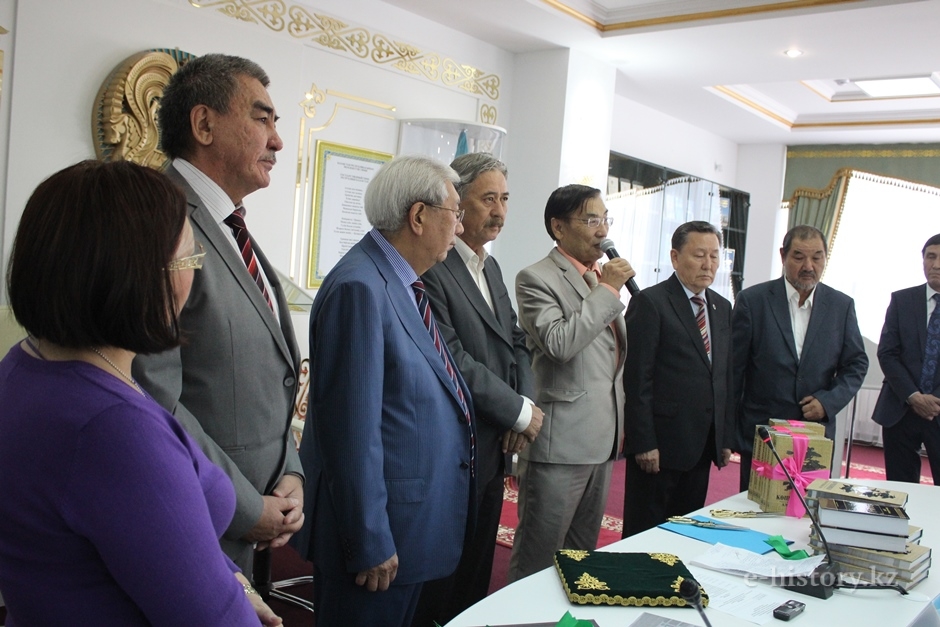 These books have been a great legacy in the role of revival of historical basis for the community of Kazakhstan, especially for young people in due course. There is a quatrain of Ilyas Yesenberlin’s grave: «I wrote the history, tried to confide it to people, so that it will pass under the banner of justice in the future». He realized that Kazakh people had no history reliance and this book found its application. 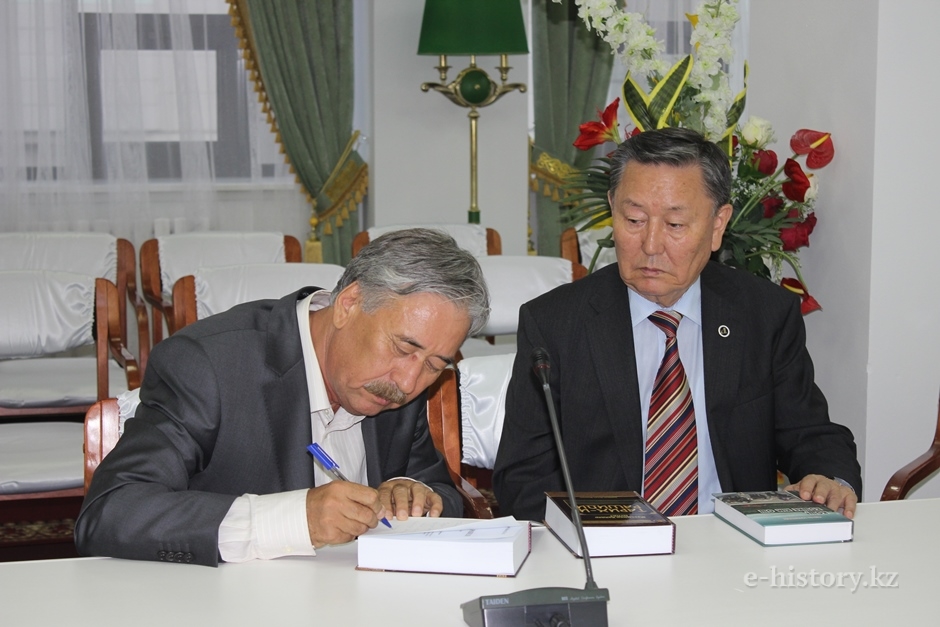 «In the late 90s the public fund in Almaty published book in Kazakh, but the mistakes were made there. We have studied all these mistakes in this edition and published a new variant. A group of scientists worked upon the book „Tarikh-i Rashidi“. There are many colorful pictures inside the book. The edition was published with a total circulation of 7000 copies: 4000 in Kazakh, 2000 in Russian and 1000 in English. A book „The nomads“ is also colorful — it is a re-edition of souvenir copy,»-said Konys Botbay to journalists, the President of publishing corporation before the presentation. It is worth noting, that «Tarikh-i Rashidi» by Mukhamed Dulati is the most significant historical and literary record of the Middle Ages, that contains important historical, literary and cultural information about people living in the territory of Central Kazakhstan. This material provides information about historical periods of Kazakhs, Uzbeks, Kyrgyz, Turkmens, Uyghurs and other ethnic groups. This work became an invaluable source for writing of a large number of historical works of XVI-XVII centuries.