Home News Other The opening of the exhibition “My country. My family. My history”

The opening of the exhibition “My country. My family. My history” 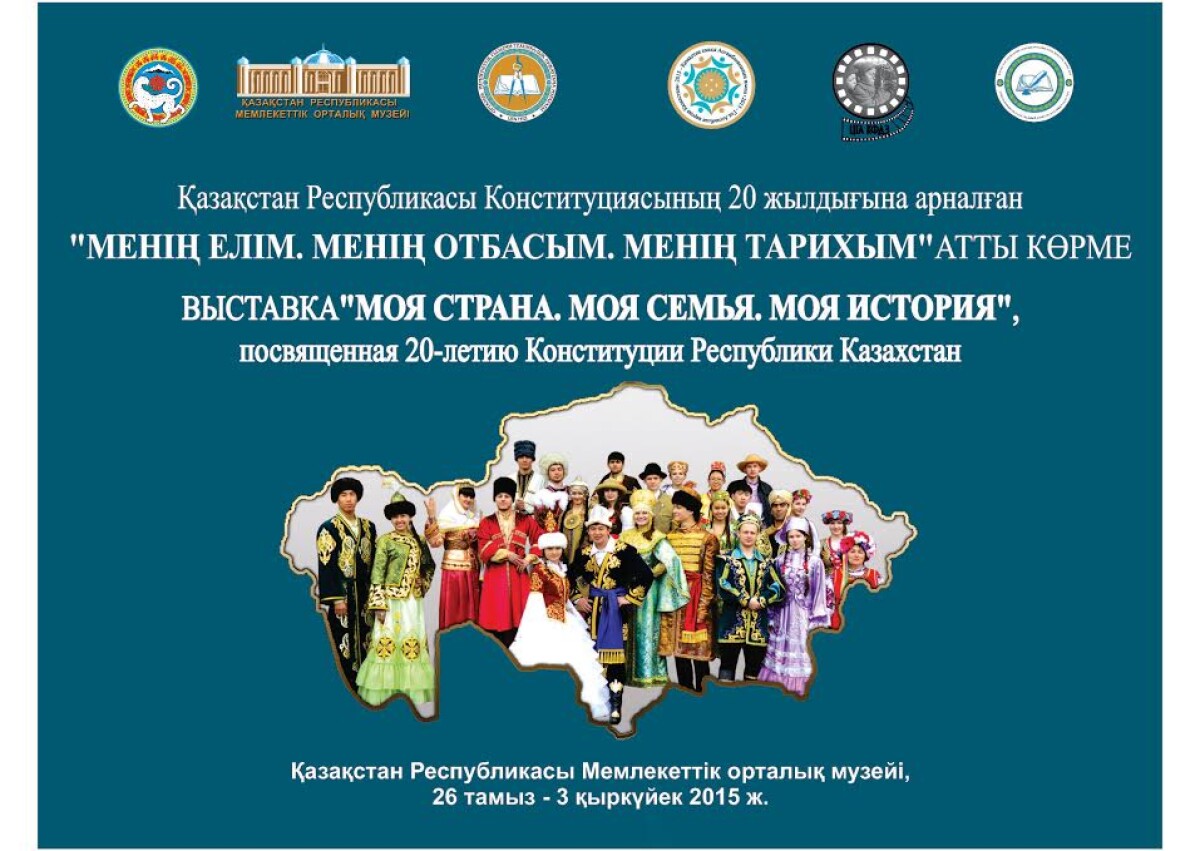 On August 26, Central State Museum of the Republic of Kazakhstan opens the exhibition “My country. My family. My history” devoted to the 20th anniversary of the Constitution of RK and year of Assembly

This year Kazakhstan celebrates the 20th anniversary of the Constitution. The main law of the country, by virtue of our state is successfully developing, prosperous and independent today. The Constitution became the main basis in establishment of a democratic state. The main law of the country did not go round in circle during two decades, but was altered and improved in accordance with the demands of the modern society.

The Constitution of 1993 year showed the necessity of transformation of the Kazakh SSR in the democratic civilized state. Basic concepts of the constitutional system laid in it. It is necessary to disclose historical role and political-legal significance of Fundamental Law of the state — The Constitution of the Republic of Kazakhstan, reflecting the will of the people of Kazakhstan, their strive for the establishment of the country as the democratic, secular, legal and social state, the highest value of which is a human, his life, rights and freedom, to consolidate the equality of all nationalities who live on the territory of the state by law and gives the opportunity for development of cultures, languages and traditions of all ethnic groups of the country.

The consolidating role of the Assembly of People of Kazakhstan, contributing to the development of friendly relations between representatives of different nationalities during the years of the independence of the Republic of Kazakhstan also should be shown.

Today, all ethnic groups, which have strong ties of friendship and understanding, live in peace and harmony under one shanyrak in one country — Kazakhstan. Despite the fact, that everyone has their own history of resettlement, they are all people of Kazakhstan.