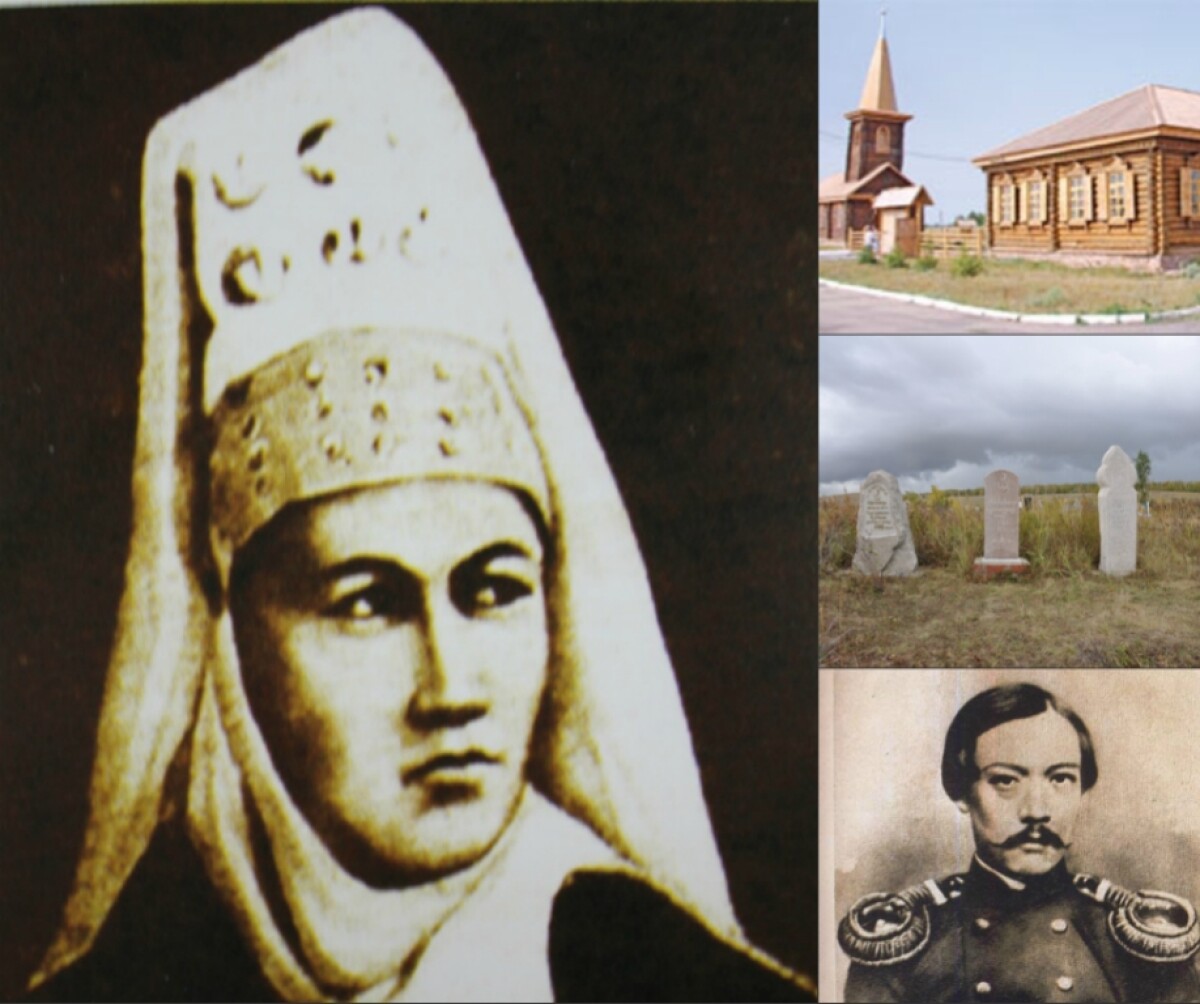 “Godlike princess of the Kirgiz-Kaisak horde,

the wisdom of which is incomparable...”.

The eldest son of Abylai-Khan —Uali was proclaimed as the Khan by China in December, 1871. In early 1782 he officially gave the oath of allegiance to the Russian Empire in Petropavlovsk. During the last years of life Uali-Khan almost lost his real power. It is worth noting his younger wife — Aiganym, who was politically active. In addition, Aiganym khansha was quite an educated Kazakh woman of those times.

After loss of her husband, khansha and her children were given quarters in a beautiful area Syrymbet, where family homestead of the Ualikhanovs family was placed. By law, this house can be called Aiganym’s estate. It should be noted, that the estate looks like the estate of Russian nobility’s estate of the nineteenth century by its construction not considering madrasah and the mosque.

If Uali tried to lead double policy with Russia and Qing Empire (China), Aiganym khansha strongly adhered to the Pro-Russian course in contrast. Despite many entreaties not to enter into alliance with great political northern neighbor, Aiganym did not listen and, moreover, she actively fought them. It is worth noting that her actions were not impersonal. Khansha made it clear to St. Petersburg about her position with the help of her devotees and it did not remain without attention. The consequence of this was the decree on construction of the estate and the mosque for khansha. The decree was signed by Alexander I and the estate was built on the lands chosen by Aiganym. 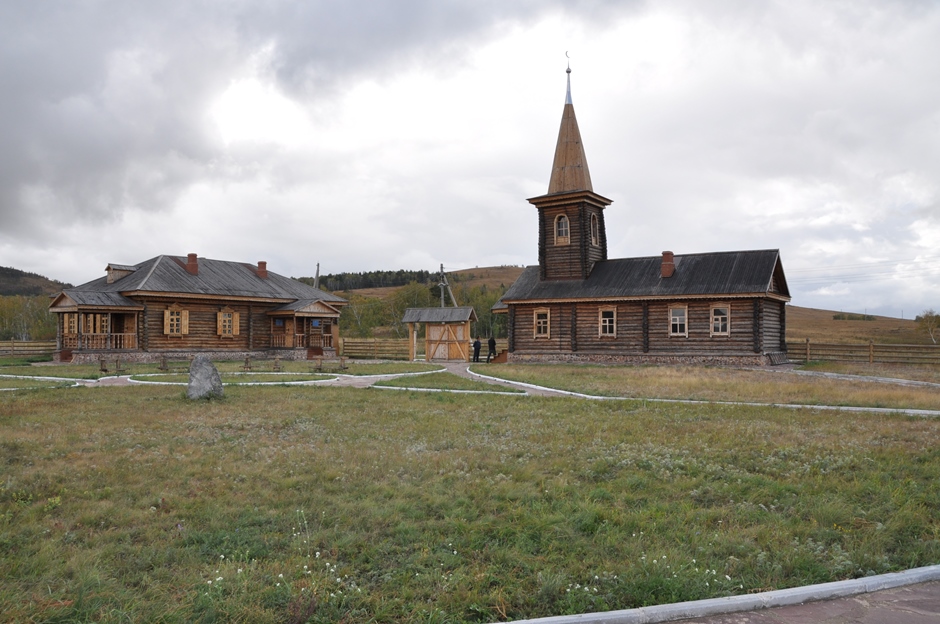 The decree of Alexander I was implemented for five thousand rubles, that was the large sum in those days. All plans for construction of the estate, intended by Aiganym were reconsidered, for example the mosque was directed by façade to the other side. Aiganym demonstrated perseverance and achieved not only positive decision regarding the mosque, but also allocation of additional funds for construction of school, bath-house, utility extension to this house and other improvements. All of this was accomplished. And, of course, the mosque was turned in the right direction.

Khansha decided to took up arable farming in the new estate. Aiganym was sent seeds and required fertilizer. New lands were barely sown with rye and new mill was ready in Syrymbet. According to the Charter of M. M. Speransky it was possible to get to obtain good reward for the arable farming. Arable farming was not the ultimate goal for Aiganym. She wished to go to the ball to St. Petersburg “to have invaluable pleasure to see the august monarch”. Not only officers —guards drew attention to Kirgiz-Kaisak khansha, but also Alexander I. It ought to be remarked that Aiganym was not a fancy woman, and it was important for her to strengthen her and her sons’ influence in the steppe. She made impact not only on the steppe, but also on Russian dominancy. She built relationships with Russian leadership on mutually beneficial terms. After her husband’s death, Aiganym used Uali khan’s seal for a long time. Everybody, including the colonial administration was a witness of significant authority of Aiganym among the representatives of the Middle zhuz. Her authority was not inviolable. The nephew of her husband Uali-rebel Kenesary destroyed her estate in Syrymbet for Aiganym’s relations with the Russian supremacy with whom he fought. Aiganym was not in the estate during Kenesary’s raid.

All these actions can be regarded as a typical struggle for dominance and power in the steppe. It stands to mention the situation with her stepson Ubaidulla, who was sent into exile to imperial Berezov by the stepmother’s tip. Aiganym was afraid that this capricious sultan, who was raised on a white rug in recognition of Khan after Uali’s death could be dangerous for her as well as for her sons. Consequently, Ubaidulla has known about Aiganym’s intrigues, came back to the native lands and did not go to Genghis, who was his brother by father and Aiganym’s son. He rushed to their detractors — the rebellious sultan Kenesary. 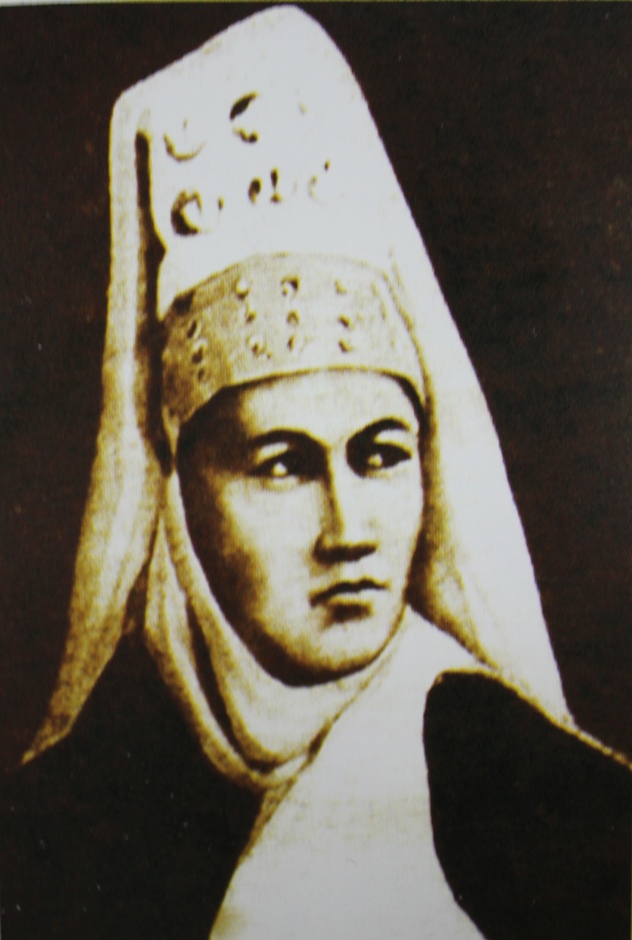 After this information you can think that Aiganym was an ambitious woman with provident life principles. Such impression would be mistaken. Aiganym put her power to rule for the safety of her family.

Aiganym was born in 1783. Her mother was Uzbek’s daughter and her father Sargaldak was an educated man, who also made effort for her daughter to get a decent education. She perfectly learned Arabic, Persian, Chagatai and Russian languages. At the same time she learned the French language too, which had a special place among the Russian aristocracy. She knew Eastern history and philosophy well. Aiganym was very intelligent and enlightened person for that time. Moreover, she was a fine person and graceful beauty.

The competent diplomat, steppe ruler — Aiganym khansha was Shokan Ualikhanov’s grandmother. Young Shokan Ualikhanov was shocked by the invasion of the relatives to his lovely grandmother’s house. He connected a lot of things with this house: childhood, family and stories about his legendary grandfather Abylai-khan. At the age of eighteen, Shokan came back to this house in autumn of 1853, where funeral of his grandmother, who died when she was seventy years old, took place. 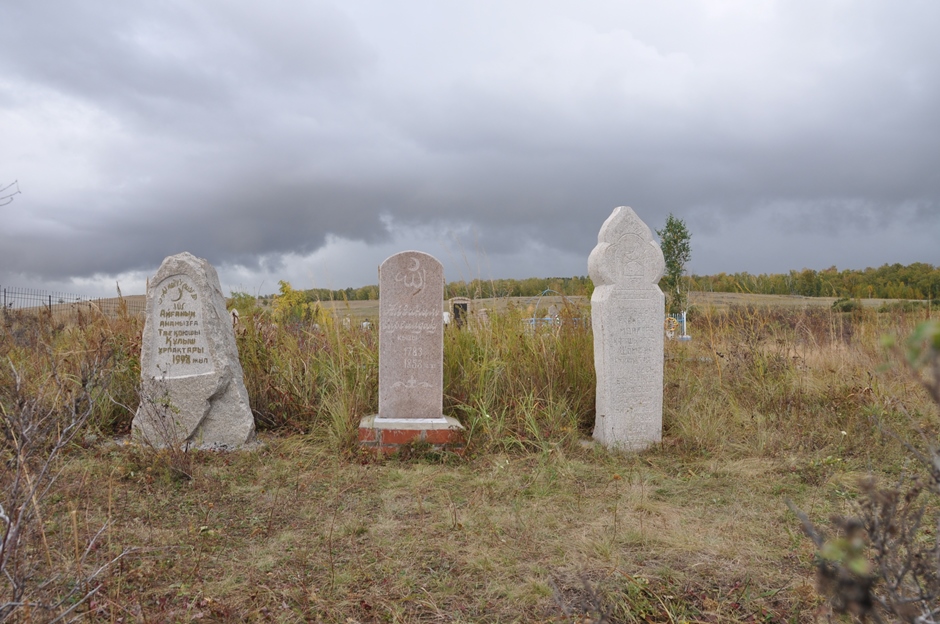 Since that time there was a family cemetery in that area, where Aiganym and Shokan’s father —Genghis were buried. The modest stone slabs are the witnesses of the fact, that descendants of ancient dynastic branches are buried there.

Aiganym deserves the status of one of the most educated Kazakh women of those times. When she became Uali-khan’s wife, she had influence in the issues of governance by state, internal and external policy. History remembered her not only as Shokan Ualikhanov’s grandmother, but also as a shrewd, far-sighted ruler of the ancient land of the Sakas.