45 burial mounds of the Huns were found in Kazakhstan 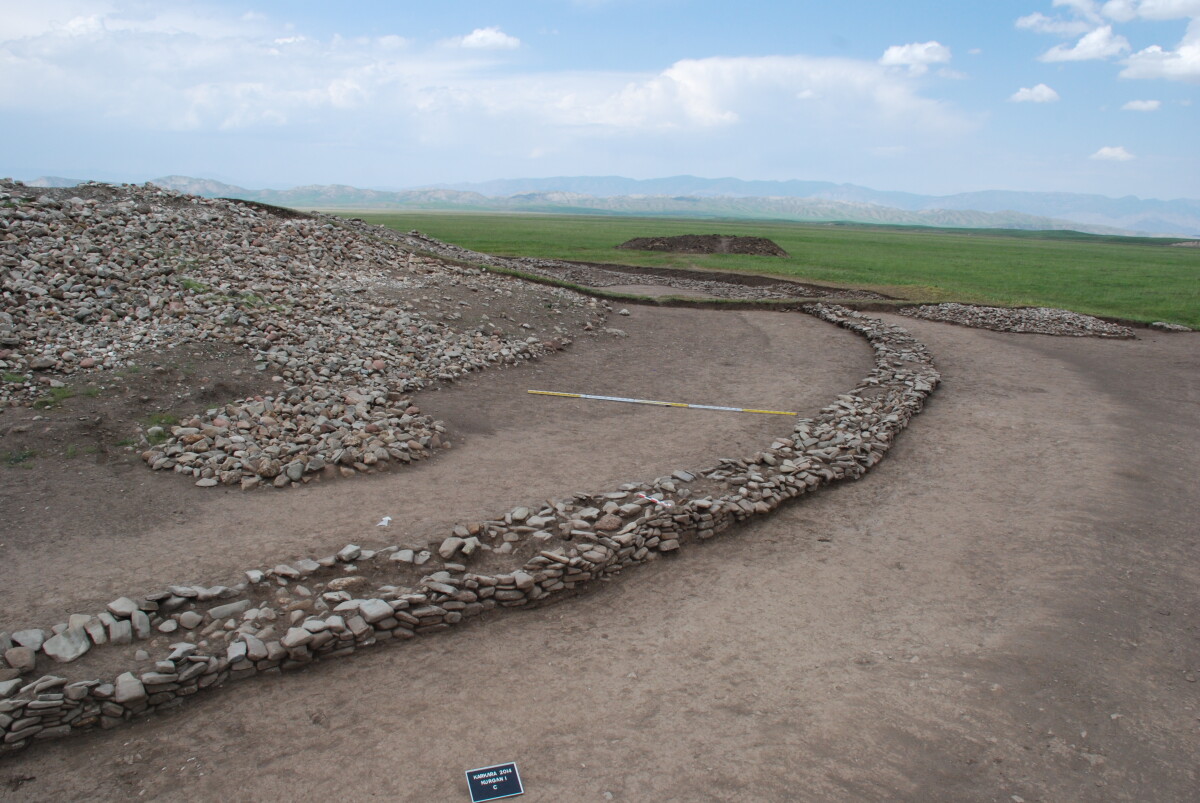 In the valley of the river Kegen of the Almaty region the capital scientists found 45 Hun burial mounds.

The employees of the Research Institute of the National Museum of the Republic of Kazakhstan “Halyk kazynasy” and the branch of the Institute of Archeology named after A. Margulan since 2012 study burial mounds of the valley of the river Kegen, where 60 large “royal” burial mounds from the Saka period. — VI-V centuries B. C. The remarkable thing is that the outstanding archeologist Kemal Akishev, after studying the location, came to the conclusion that it is one of the 6 centers in Kazakhstan, where the Saka rulers were buried. In addition, not far from this place the Issyk “golden man” was found. This year scientists undertook to explore one of the valley burial mounds, the southernmost and found 44 Hun burials. The 41 graves were studied out of 44 ones, as scientists note, the ritual of the burial is the Hun’s: head north , stretched on the back, in a shallow pit. In the graves the headwear gold jewelry, gold plaques and so on. By the way, the found jewelry were made in the Saka style. 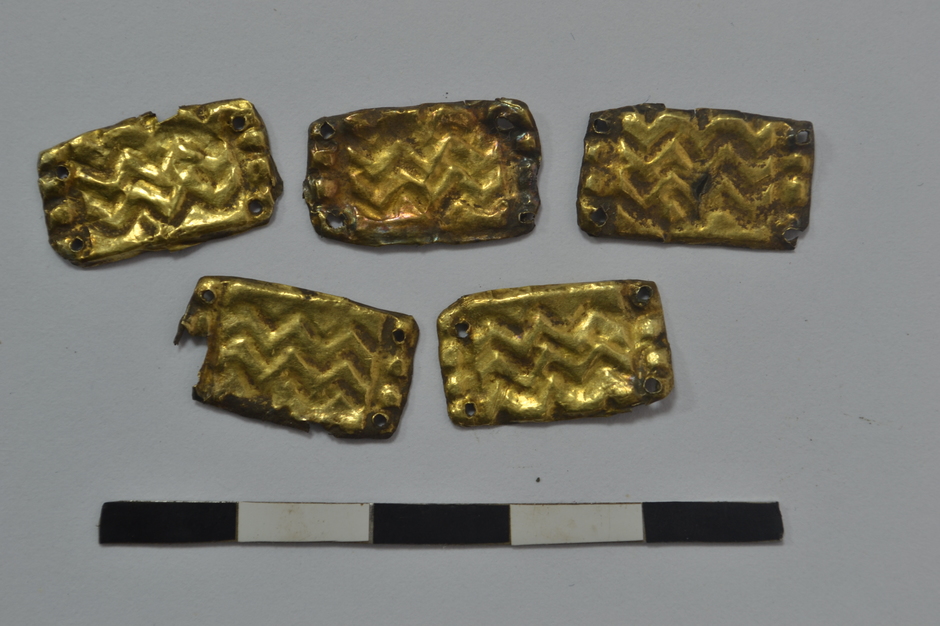 As one of the expedition leaders Akan Ongar states, most probably found 44 persons were warriors, because the burials were constructed at one time. It is notable that 44 Hun persons were buried around the “Saka ruler”, 500 years after his burial, that gives scientists an idea that the Huns revered the Sakas as their ancestors and considered where area where the “Saka ruler” was buried saint. It is worth noting that the main part of the excavated burial mounds was looted. Another peculiarity is that around the main “royal” burial mound the stone ring in height more than a meter was constructed, which the scientists link to the belief of the Sakas in the another world. Found artefacts were sent for the further examination to America and Russia. As Akan Ongar notes, the majority of the monuments of the Hun period are located in Mongolia. In Kazakhstan the burials of these tribes are rare, because the Huns came from Mongolia, while the Sakas originally inhabited the territory of Kazakhstan. It is known that in the valley of the river Kegen in the 80s of XX century the treasure with the Saka things in the Zhalauin village. As historians say, it is likely that the treasure things from local burial mounds were looted. Next year the scientists intend to excavate the main burial mound. Perhaps, it will lead to the interesting archeological discoveries which will tell us new facts about the history of Kazakhstan, even one more “golden man” can be found. The remarkable thing is that on the territory of Kazakhstan there are 7 such burials found to this day.