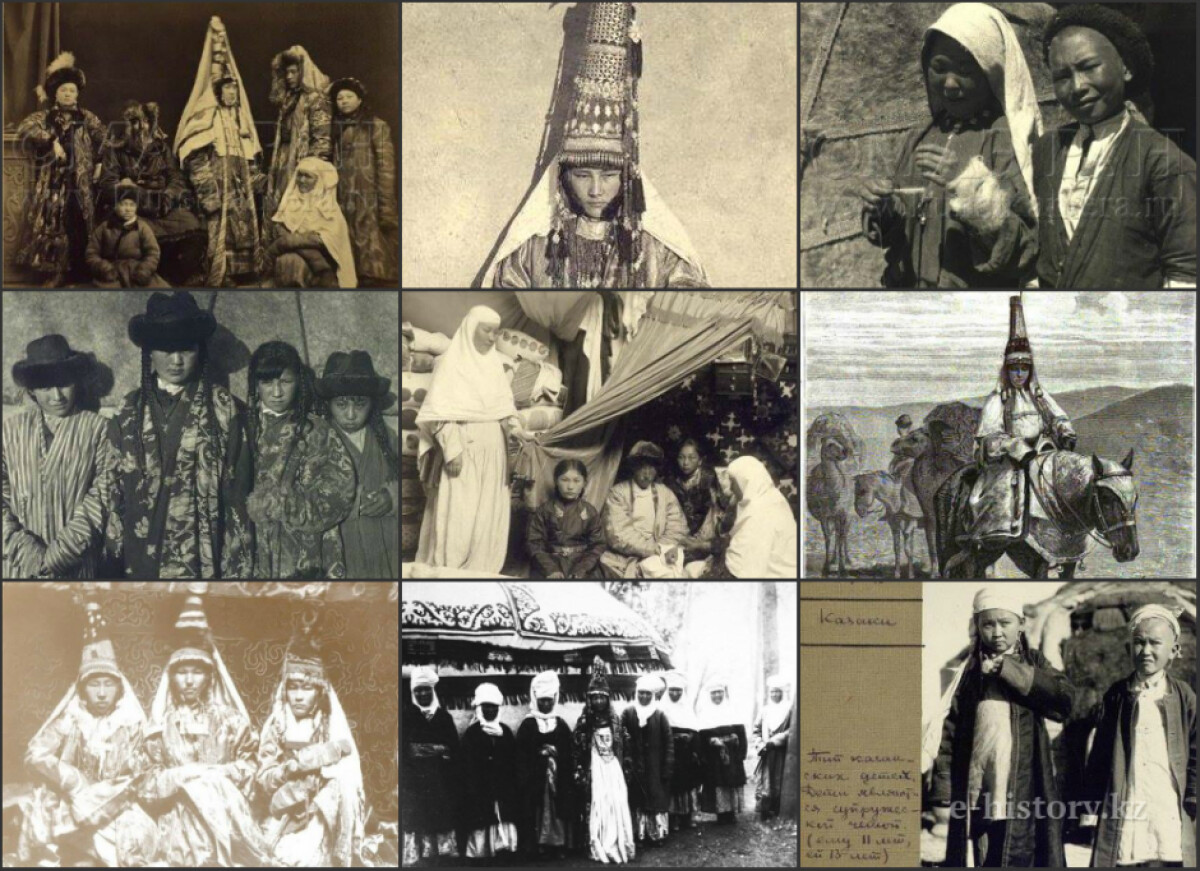 Traditions of the early marriage had educational nature which was expressed in the observation of the moral ethics, laws of society, moral purity and respect for elders.

The transition period for the Kazakh girl was the age of 12-13 years. At this age the first twelve-year age cycle — “mushel” ended, and the girl from the age group “kyz bala” moved to the group of young ladies — “kyz”. Since early years the upbringing of the young lady with consideration for all the rules of etiquette with the aim to prepare her for marriage. Adult women strictly watched for the girl’s etiquette performance. Besides, the girl, who was helping her mother about the house and caring for younger children was more actively attracted to labor, was trained female home crafts since childhood. And by the age of 13-14 years she had already had all the skills of housekeeping and caring for children. Changes also occurred in the girl’s appearance, her attire and hairstyle changed. All these changes were the sign of the fact that the girl was ready for marriage. 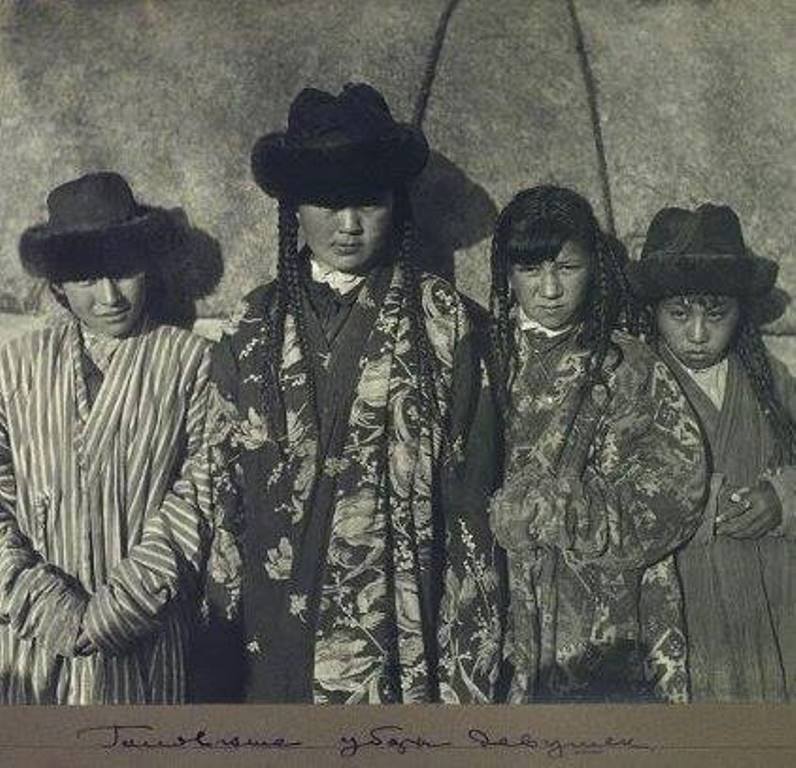 At the age of 13-15 the girl was already able to give a birth, and, consequently, based on the traditional ideas, could marry. So called ritual of “secret arrival of the groom” is noteworthy. When the bride and groom come of age, the groom with his friends comes to the bride’s village. It is important to notice that though the arrival of the groom is “secret”, all people know about that, and young ladies and women from the bride’s side require “entikpa” (reward). The groom did not have to come to the village with empty hands, so he brings home one camel to his father-in-law. Often, future newlyweds do not know each other, because they were brought together in the childhood. The ritual of “secret arrival” of the groom gives a possibility for young people to know each other better, at the same time complying with innocence, because the true intimacy can be only after wedding. 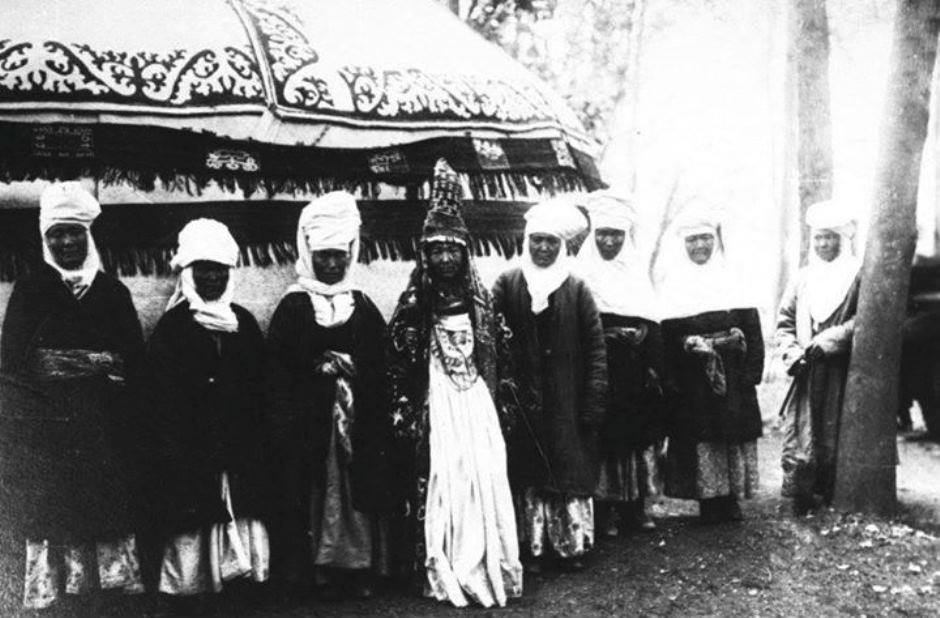 Occasionally, there are some cases when the bride is not a virgin and was not deprived virginity by the groom, then the groom makes a claim and bride’s father must pay a fine of forty mares. There are some cases as well when it is obligatory to give back half of the received dowry. If the groom absolutely refuses from the bride, he is offered to choose another daughter or paid by him dowry. This fact is mentioned in the works by A. A. Divayaev on the educational role of the Kazakh folk traditions and customs. It is worthy to state that Kazakhs by the “adat” are forbidden to marry each other till the seventh generation. Such taboo contributes to the prevention of blood-related mixtures and, as a result, has a positive impact on the health of future offspring. Moreover, in the old days, there was a judgement that early marriages contribute to the retention of youth from indecent actions and are prerequisites for the birth of healthy children. That is why, young ladies were married at the age of 13-14. Today, however, the traditions of early marriages in Kazakhstan are not practiced. 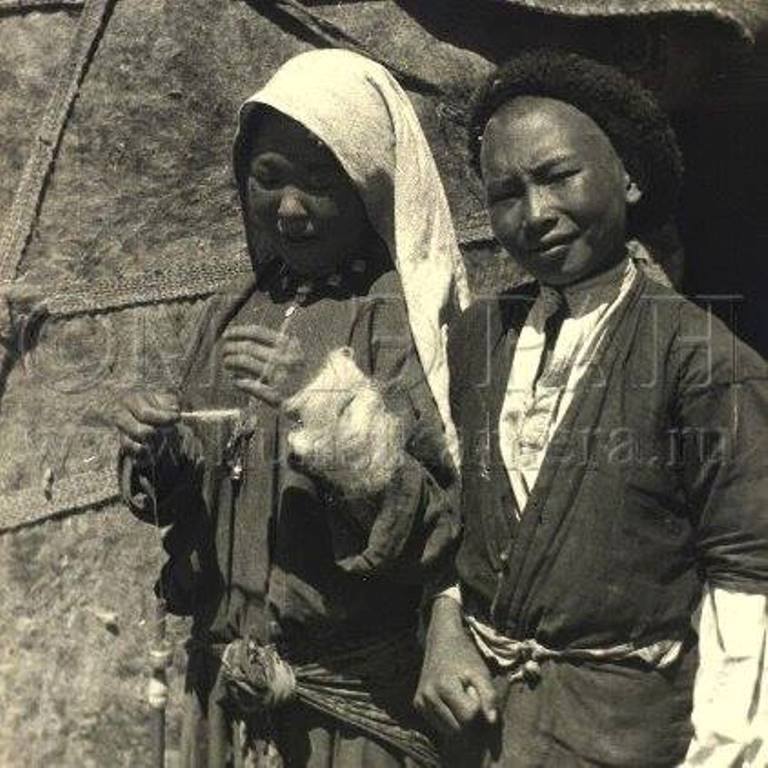 From the point of view of the bearers of tradition — the Kazakhs, it was nothing unnatural in the tradition of girl’s marriage aged 9-12 years. For the comparison there is the data on the marriage age of the Kazakh young men: according to “adat”, young people aged 12-15 years were considered to be of age, they had the right to marry. 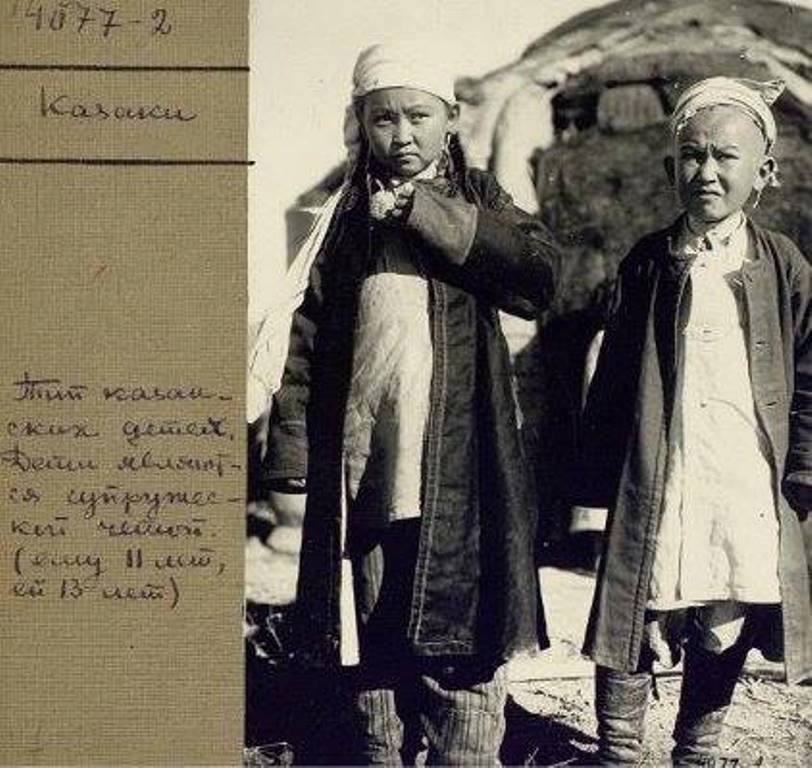 Newlyweds. The girl’s age is 13, and boy’s — 11.Photo was taken at the beginning of XX century in Kyzylorda.

Sometimes, early marriages were practiced by families with difficult economic situation. The wealthy Kazakhs, as the researchers of XIX century note, married their daughters at the age of 20 years, and even later. The parents, who were unable to feed many children, sought to agree on the marriage as soon as possible and give the girl into her husband’s family. Often, the family of her future husband took young girl — orphan, with whose parents they had already agreed. The girl was brought up by her future husband’s parents, as soon as she reached puberty she became a wife. Sometimes the reason for the early marriage became the groom’s death. According to the custom, his bride, for whom the dowry was paid, was passed to his brother who could claim for the immediate marriage and transfer of underage bride to his family. This custom was popularly called “amengerstvo”. 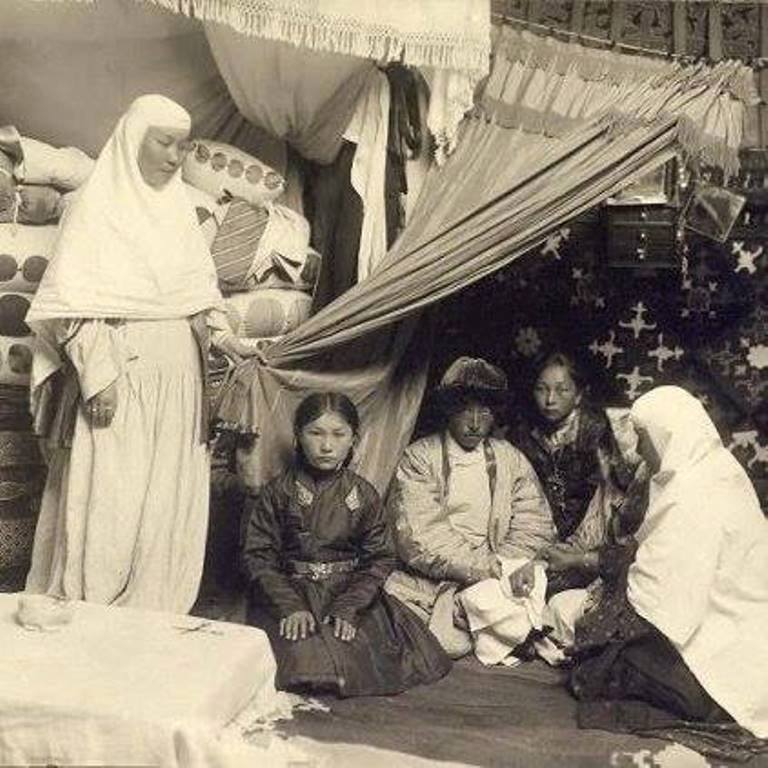 Yet, as it can be noticed, in the late XIX — early XX century the most common marriage age for the girl was the age of 15-16 (“boyzhetken” — “marriageable”). It was the very time when in her costume the elements of premarital age appeared. And in this case for the girl the main signs accentuating her age were all kinds of jewelry. A complete set of jewelry included extramedullary jewelry, earrings, bracelets, rings, pectorals. If at the age of 13 girls-adolescents wore only separate parts of this set, 15-16-year-old young ladies wore the whole set, that, in fact, was the demonstration of the kind of dedication to their age group of brides. Several details of the girl’s costume, for instance, extramedullary jewelry, young women proceeded to wear also after marriage, but over time they gave away jewelry to their sisters or young ladies from their husbands’ sisters. Thus, the traditions of early marriage had educational nature, which was expressed in the observance of moral ethics, laws of society, moral integrity and respect for elders.