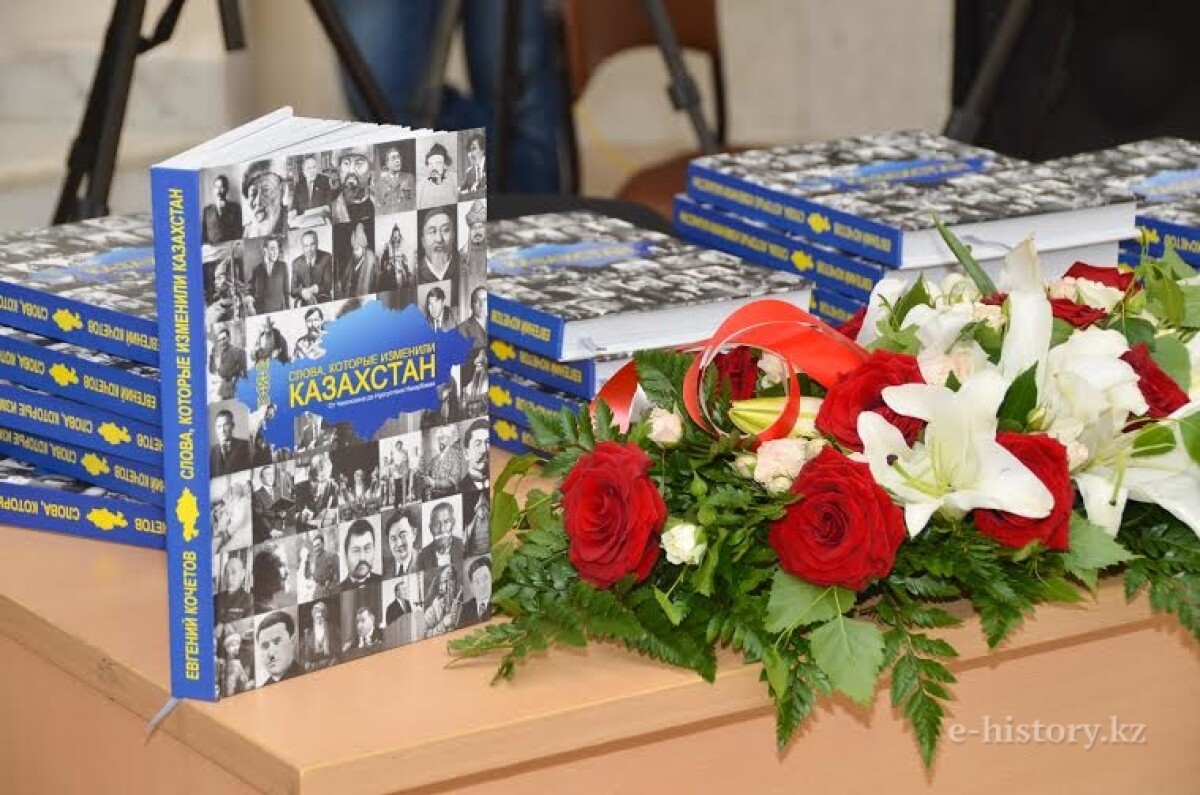 The book has words said in crucial moments of difficult history of our state by the outstanding leaders: from Genghis khan to Nursultan Nazarbayev 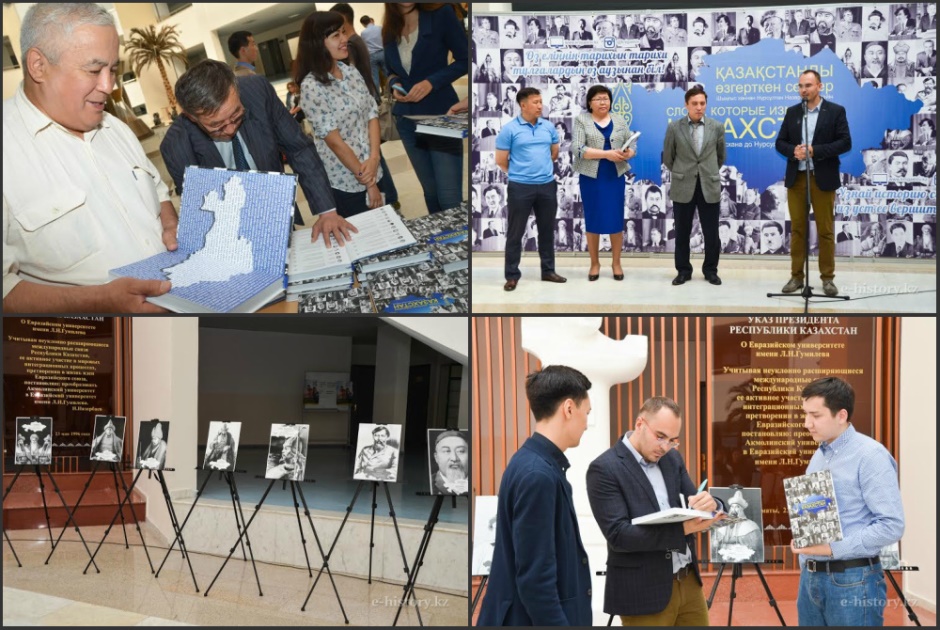 On June 16, 2015 at the Eurasian National University named after L. Gumilyov presentation of the book “Words that changed Kazakhstan” of the young Kazakhstan author, economist, historian and publicist Yevgeniy. Kochetov took place. Also opening of the exhibition of the same name devoted to the 550th anniversary of Kazakh Khanate took place.

The book “Words that changed Kazakhstan” is the large-scale research which intertwined history, economics, political science and philosophy. 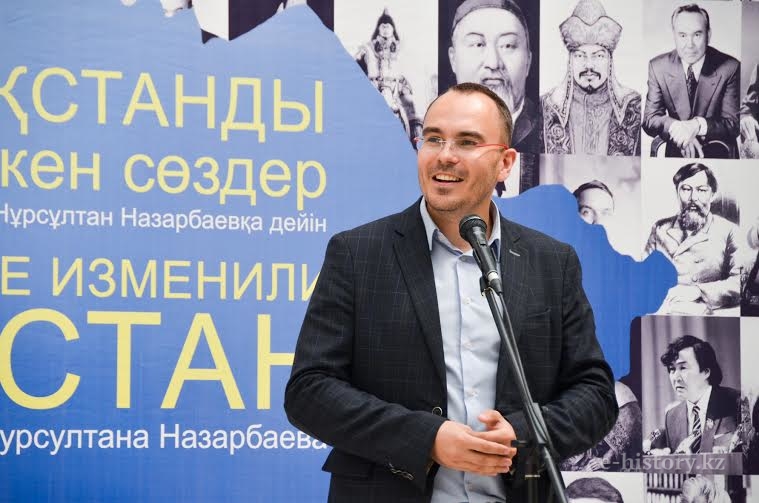 — Yevgeniy, please tell us what is the main aim of your book?

— The aim of this book is to tell large number of Kazakhstan citizens about our true story. We often see how historical things from a context are pulled out, and I wanted to show the primary source as actually everything occurred, and to show all this, without drawing conclusions for people.

— How long have you been working on this book?

— I worked on the book two years, since the moment of origin of idea, finishing when it appeared at my hands.

— What it the unique point of your book?

— The basic principle by which I was guided not to change stylistics of that time, moreover, all material is presented from the primary source. Let’s say you can see it when you read the address of Abylay khan to the empress, I tried to keep orginal language as much as possible.

— Who participated in writing of the book?

— The book has letters of khans during the most difficult period. Speaking about the period of the Soviet history, here we used speeches of our political figures at congresses of communist parties and other events. Also people who indirectly related to Kazakhstan like Nikita Khrushchev are represented in the book. What he made for Kazakhstan? For example, the Virgin Lands project which is strongly affected on history of development of our country and such people are quite a lot.

— What is the message that you want to let readers to know?

— I tried not to draw the conclusions as much as possible because the events written in the book are very contradictory. I really want to make reader thoughtful. I did specifically did not write many things, I wanted to make reader to rethink phrases of Philip Goloshekin, Gennady Kolbin and other heroes.

— What was an initial idea of the book?

— First, initially the book was designed as large-scale research on institutional economy, but when work started I could not consult and talk about institutional economy when the conversation was about Ybyray Altynsarin, Abay Kunanbayev and Dzhambyl Zhabayev. Then I decided to change the format and make it big large-scale research which will be interesting to all. The book will be interesting for students and elders. I believe that I would continue my work. I think it will be a trilogy or something else, but it will be unambiguous, and have very deep and interesting meaning.

— How reliable materials used in the book?

— I changed nothing. I especially put links to primary sources so it will be easy to find the document according to the link. I did not pull out anything from a context. It is very important for me to the contents clear as much as I can. I simply started writing consistently according to chronology about heroes of history.

— What ideas about the national idea “Mangilik El” did you find out while writing the book?

— Kasym khan had brilliant phrase where he said to his sons about his idea to make our Kazakh land independent. It was his dream and became his last words.

— What the national idea “Mangilik El” means to you?

— The national idea “Mangilik El” — valuable guidance, and first of all its education and culture. It is what each Kazakhstan citizen has to be to make our country effective. It should be done a long time ago, but, unfortunately, we came to it just now through many problems and rises. However, this idea is long-awaited and very correct.