Archive of the President of Kazakhstan reveals the secrets of history 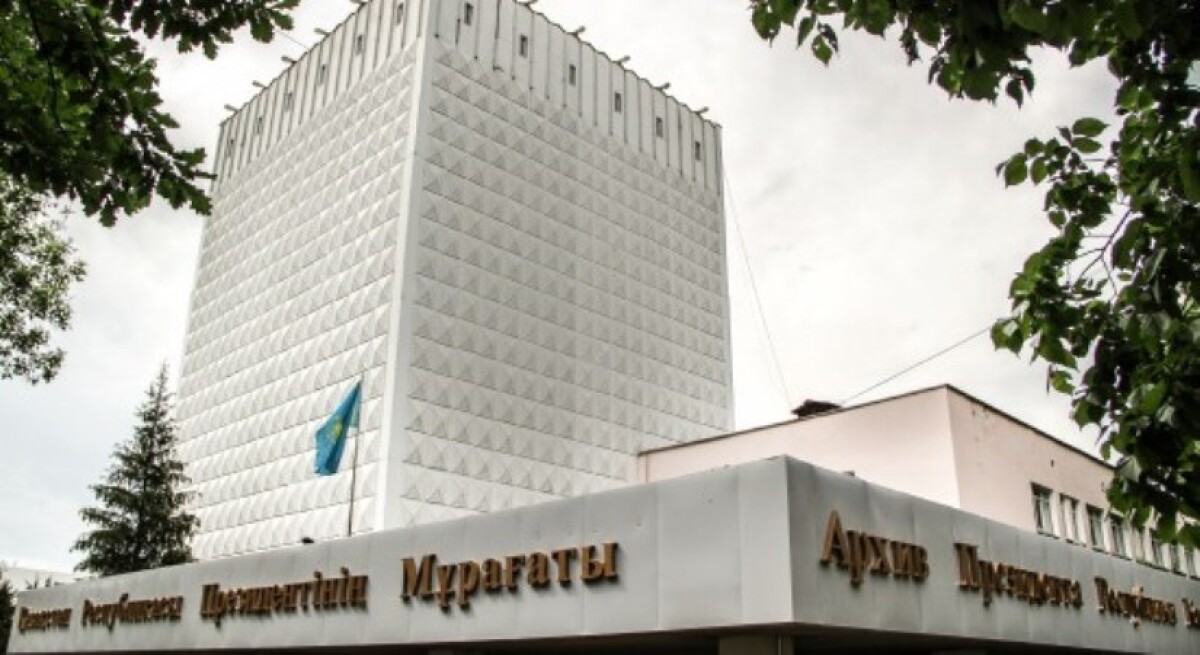 On January 14, 1994 the Decree of the Head of state "About creation of Archive of the President of the Republic of Kazakhstan" was signed 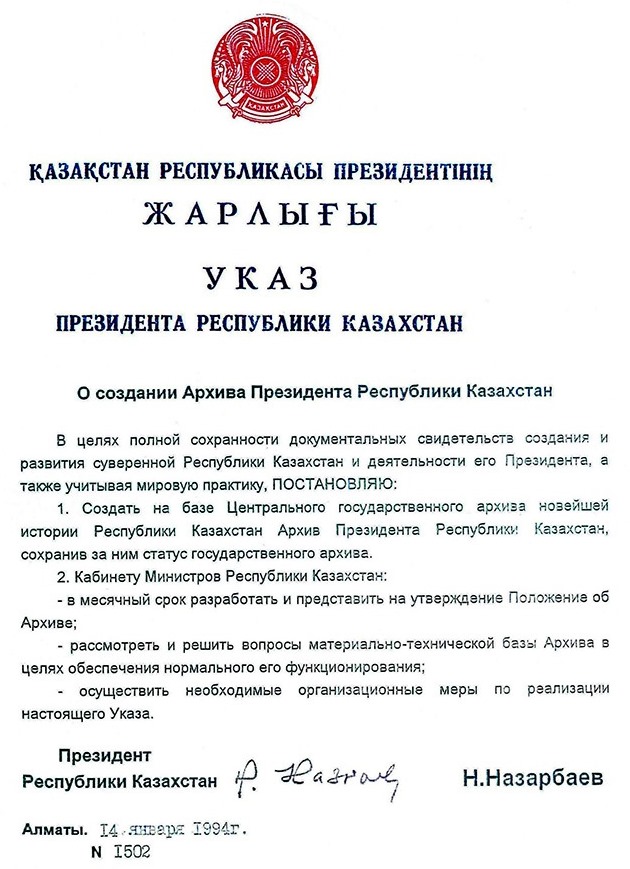 Today in Kazakhstan in the Archive of the President of Kazakhstan there are 1138 funds, which have 3 200 inventories, 772 thousand units of storage, 11 500 audiovisual archival materials and more than 1 500 electronic documents that reflect political history of the country from 1918 to 1998.

The first and main difference of modern Archive of the President of Kazakhstan from the sample of the 90’s is in structure of documents. Initially the archive was the storage of acts of the Soviet period and did not fully correspond to the purpose. Only since 1997 documents of independent Kazakhstan began to arrive to archive on processing and then and on the state storage. 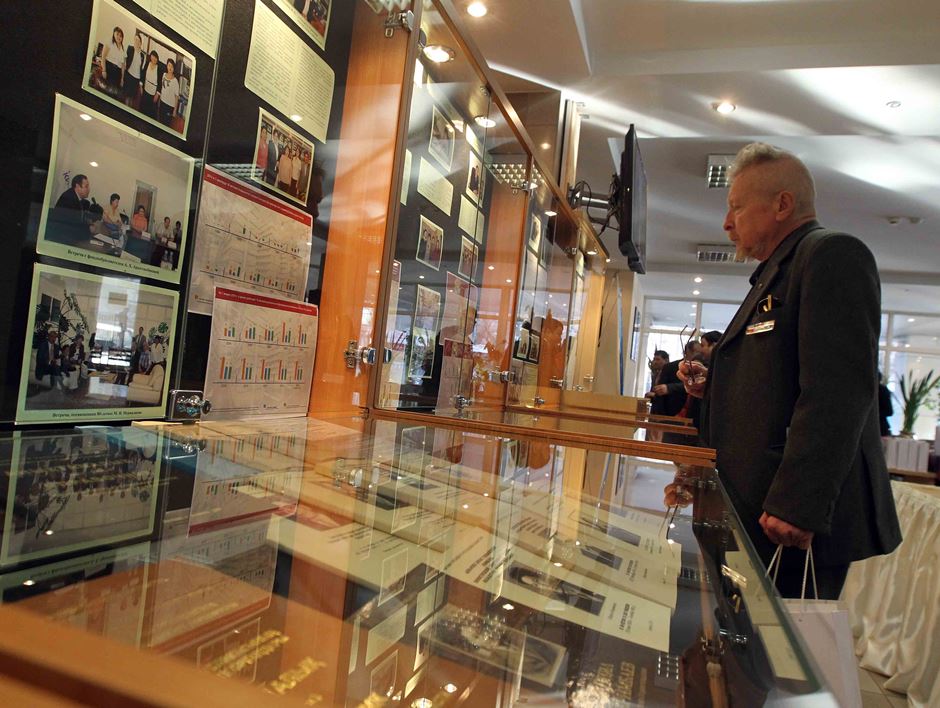 Today the Archive of the President completely corresponds to the high status and represents the modern, technologically equipped complex which is carries out the main objectives in the sphere of information and archival ensuring activity of the Head of state, his Administration and other government bodies, directly to it subordinated and accountable. The archive of the President by right found and adequately supports the status of the republican scientific and methodical center. 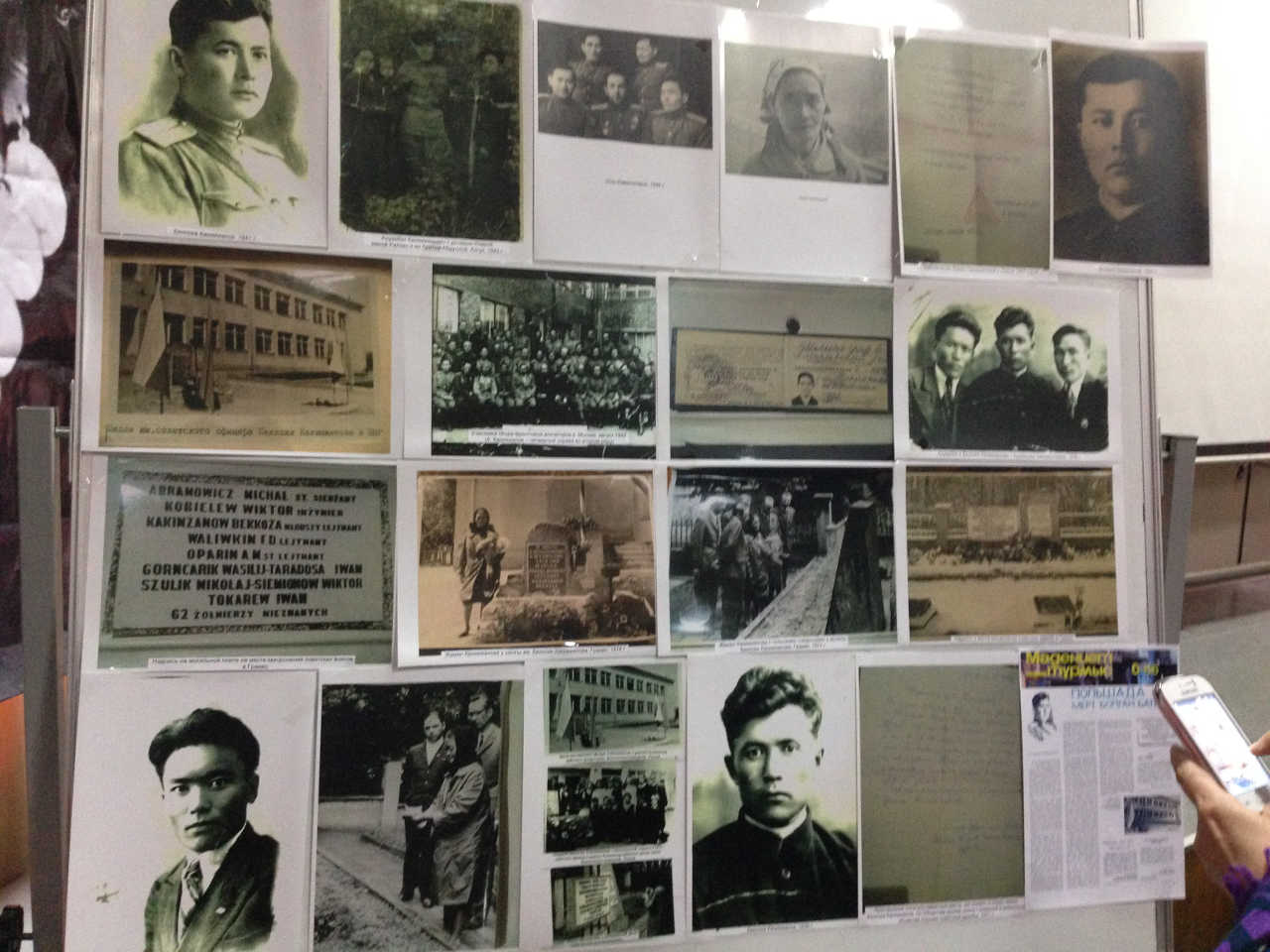 Many unique documents are stored in archive. One of early documents of the beginning of the 20th century is: S. Mendeshev’s mandate about appointment as his member of Revolutionary-military committee on management of the Kyrgyz edge of July 24, 1919 signed by the Chairman of the board of National Commissioners of RSFSR V. Lenin; the certificate of All-Russian Central Executive Committee (also known as VTsIK in Russian) of Councils of workers and soldier’s deputies from September 25, 1917 issued to Alibek Dzhangildin about the termination of instructor courses at elections to the Constituent assembly and local governments. Also the Decree of VTsIK and Council of People’s Commissariat RSFSR of August 26, 1920 about formation of the Autonomous Kyrgyz (Kazakh) Socialist Soviet Republic, an initial sketch of the draft constitution of KSSR is stored (1936). 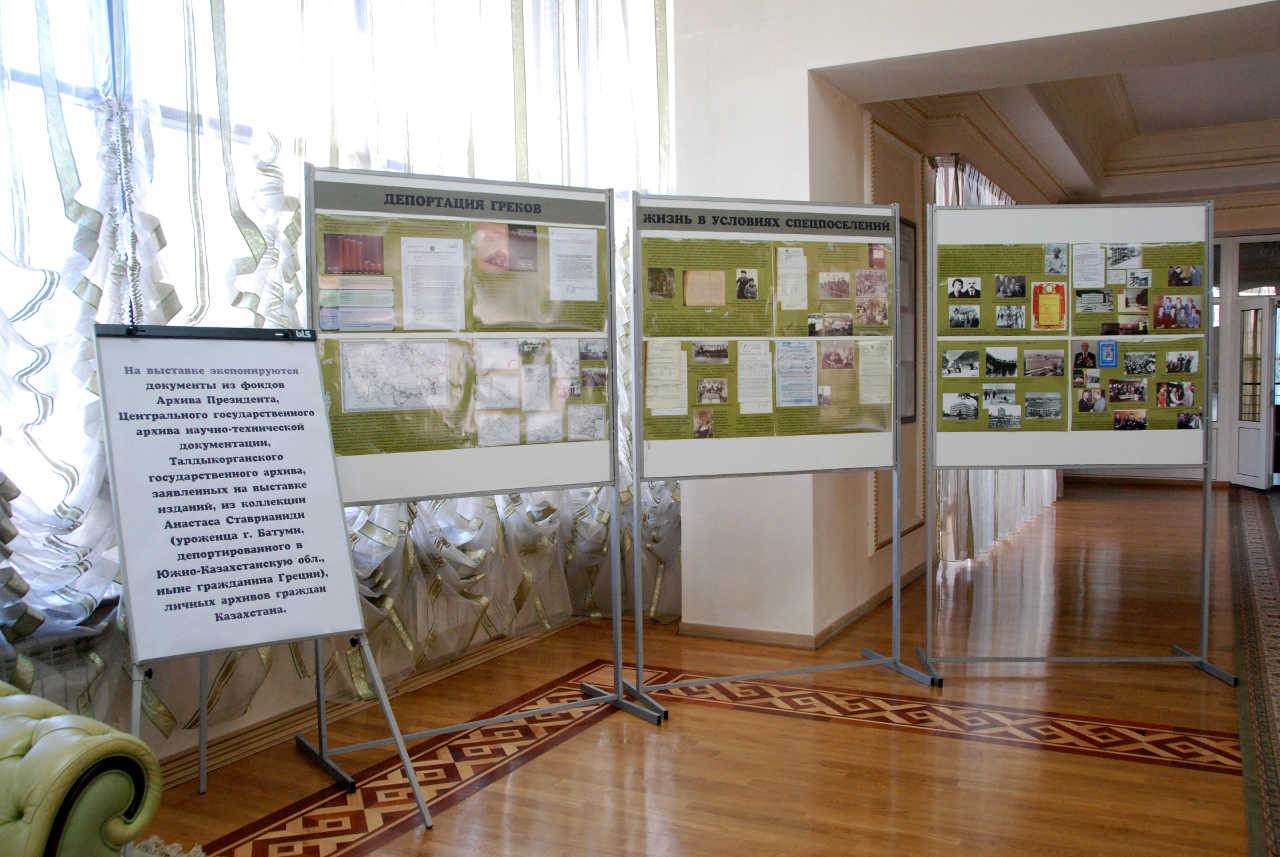