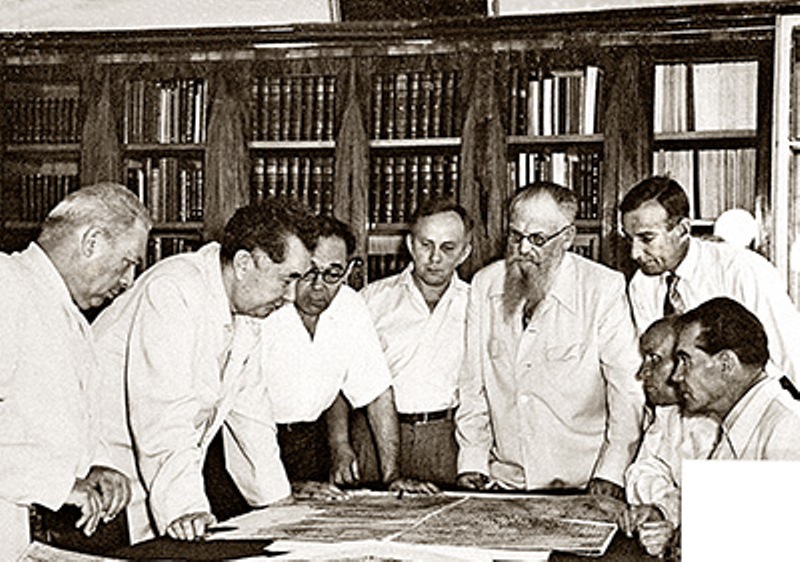 The institute of geological sciences was founded in 1940, and in 1964 by the Resolution of Council of ministers of Kazakh SSR it was named after of Kanysh Satpayev.

Since July 1941 until his last days Kanysh Satpayev was permanent director of Institute. His name is inseparably linked with history of formation of the industry and science of Kazakhstan. He was the first Kazakh geologist who opened in the country huge reserves of Zhezkazgan’s copper and Dzhezdy’s manganese. K. Satpayev — organizer and first president of Academy of Science of Kazakhstan, and first academician of Academy of Science of SSR among the countries of Soviet Union. People also know him as wise person, who always cared about future of young professionals.

Kanysh Satpayeb loved his Institute. He was proud of it and always equipped it with latest equipment. 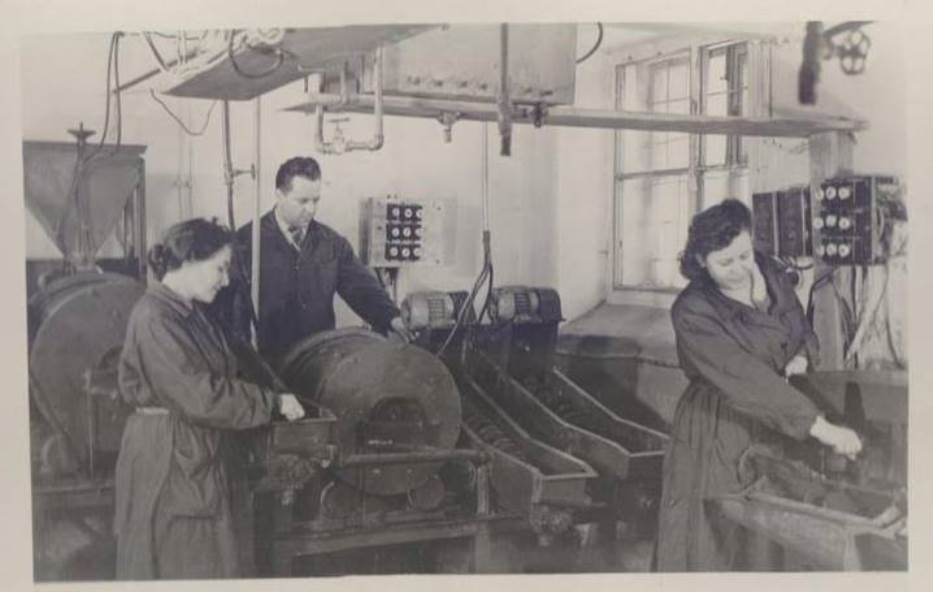 Accumulated by the institute human potential and a lot of data allowed separating following departments: 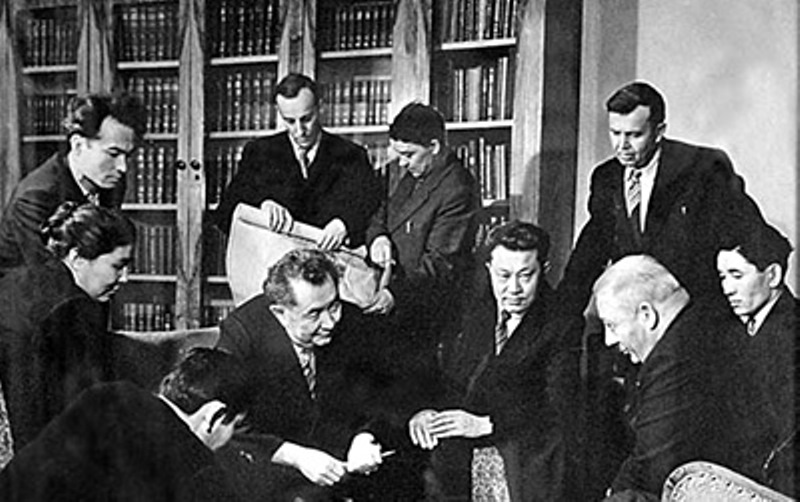 In the 60’s −70’s years the Institute of Geological Sciences became a flagman of geology of Kazakhstan. The Kazakhstan geologists for the first time made the metal-genetic and forecast maps of the Central Kazakhstan, some regions of Ore Altai and Kalby which did not have at that time analogs in world practice on complexity, detail and completeness of justification.

60’s and 90’s of the last century became the period of opening and investigation of the whole series of objects of rare metals in Central (Koktenkol, High Kayrakta, Baynazar, Seltya, Janette, Batystau, etc.), Southern (Boguta, Karagaylyaktas), and in Northern (the Bayan, Aksoran, Syrymbet, Donetsk) Kazakhstan.

The result of complex studying of the Uspensky zone was creation of large ore belt. The results of researches were published in the six-volume monograph, which was by State award Kazakh SSR (1972).

In the next years (1974-1979) researches of the Chu-Iliysky ore belt together with big group of geologists of Academy of Kazakh SSR and the Ministries of geology of Kazakh SSR were organized. Results of these works are reflected in the published six-volume monograph, and together with other works of Institute were awarded the State Award USSR for 1980.

Today, the Institute is the leading geological research center in Kazakhstan.

Materials on theme
The Trail of Statehood
The exhibition “Pedagogical vernissage” in the Museum of the First President of Kazakhstan
N.Nazarbayev: We surely achieve our purpose to join top 30 developed countries
Exhibition “The Leader’s Path”