10 facts from the history of constitutional progress in Kazakhstan 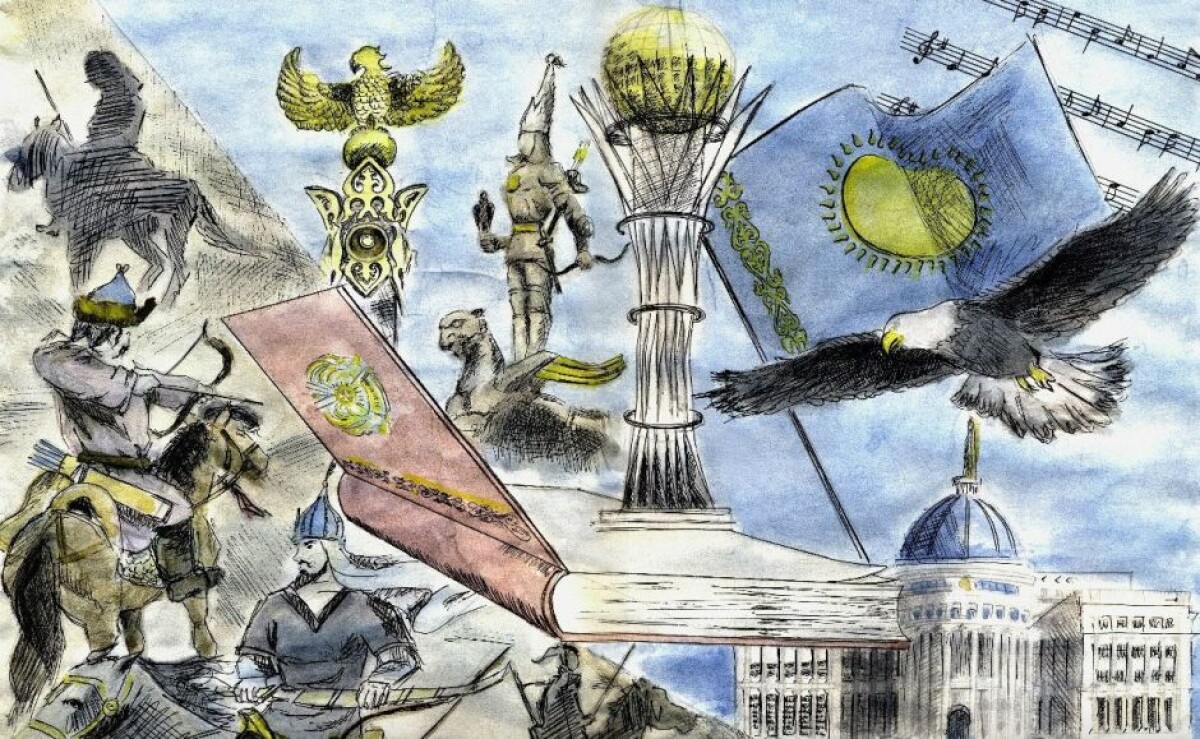 This year marks several most significant anniversaries in the national history. The 20th anniversary of the Constitution of the Republic of Kazakhstan is among them.

As it is known, the current Constitution of Kazakhstan was adopted by republican referendum on 30 August 1995 and came into force on 5 September 1995 on the date when the results of the referendum were published.

However, constitutional history in Kazakhstan started long before the establishment of the modern state. Today we are glad to present you several interesting facts from the history of constitutional progress in our country.

1. The first sets of laws were developed in the Kazakh Khanate

There were three sets of steppe laws in the history of the Kazakh Khanate. The set of laws entitled "Kasym Khannyn Kaska Zholy" ("Bright Path of Khan Kasym") was developed in the early 16th century, during Khan Kasym’s rule. Khan Yesim adopted several amendments to the laws which were called "Yesim Khannyn Yeski Zholy" ("Ancient Path of Khan Yesim"). But Khan Tauke was the most successful in this sphere. He became the co-author of the new set of laws "Zheti Zhargy" ("Seven Codes").

2. Being a part of the Russian Empire Kazakhstan didn’t have its Constitution

The Russian Empire didn’t have its own Constitution. The state functioned at the basis of the set of laws and legal acts adopted by the Tsarist Government, such as abolition of serfdom, judicial reforms, and to name but a few.

3. The first draft Constitution was prepared in 1911

In 1911 a prominent public figure Barlybek Syrtanov developed a draft document entitled "Kazakh Yelinin Ustavy" ("The Charter of the Kazakh Country"). The main idea of the charter was establishment of independent national sovereign state. Needless to say, this Constitution wasn’t adopted.

4. The draft programme of the Alash party contained some constitutional provisions

The Kazakh newspaper published the programme of the Alash party on 21 November 1917. The structure of the document complied with constitutions of most European countries of that period. The draft included some progressive ideas, including federative principle of construction of the state, establishment of national autonomies, three branches of state authority, universality of right to vote, and so on.

5. The first Constitution of the Soviet Kazakhstan wasn’t adopted appropriately

The draft Constitution of the Kazakh Autonomous Soviet Socialist Republic was adopted at the local level in 1924. In 1926 it was sent to the All-Russian Central Executive Committee for its approval. However, it was not even examined. Nevertheless, the Constitution was the document in accordance with which all governmental bodies of the autonomous republic acted.

6. During Kazakhstan’s years within the USSR, it had two Constitutions

7. Independent Kazakhstan did not in fact have a Constitution for more than one year

9. Kazakhstan and France are the only countries to have Constitutional Councils

10. The current Constitution was amended on three occasions