Kokshetau hosted a campaign “Along the roads of memory” 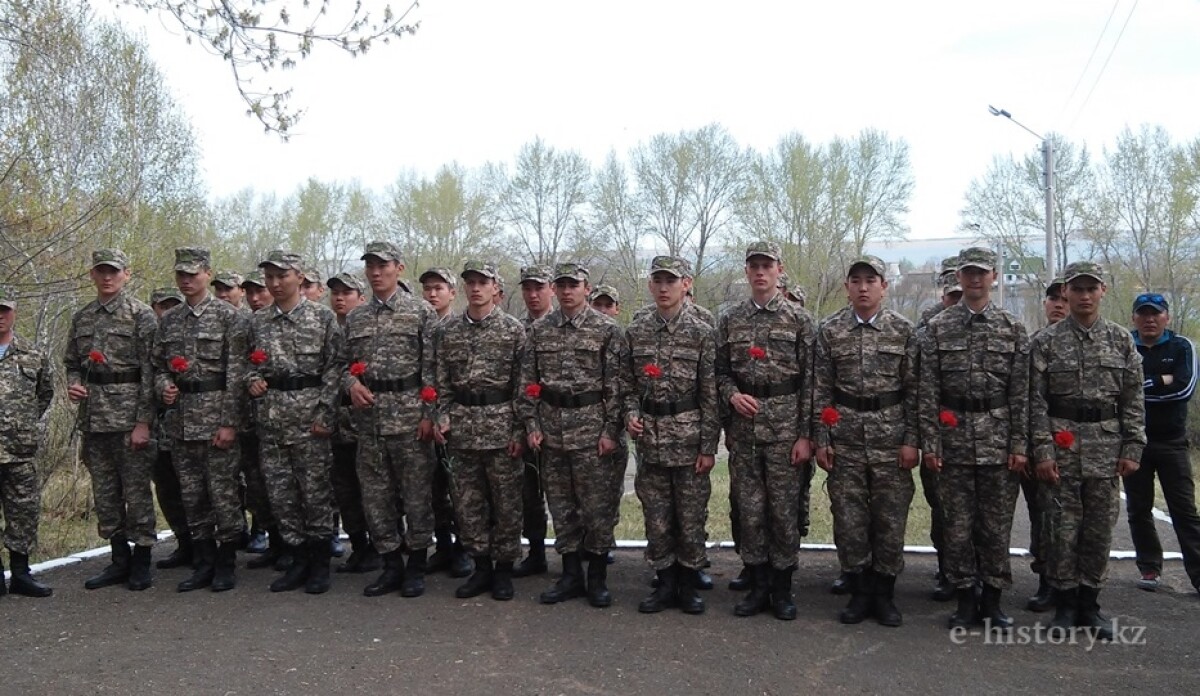 A campaign "Along the roads of memory" dedicated to the 70th anniversary of the Great Patriotic War was organized by the Museum of History of Kokshetau on 5 May 2015 with the support of the Department of Culture of Akmola region. The campaign was aimed at the development of feelings of patriotism, proud and respect for native country and the memory of those who were killed on the fronts of the Great Patriotic War, veterans and workers on the home front. Through this event, the young generation may gain knowledge about the Great Patriotic War and the contribution of native towns to the Victory over fascism.

The Museum of History of Kokshetau organised an excursion around the local sites connected with the history of the Great Patriotic War.

The campaign started with a laying down flowers at the Eternal Flame. Vladlen Lesnichiy, the veteran of the Great Patriotic War who fought near Stalingrad and Kursk, and Nina Vasilenko, worker on the home front and member of the Akbulak club, gave the keynote speech at the ceremony. Participants observed a minute of silence in tribute to the memory of officers and soldiers killed on the fronts of the Great Patriotic War and then moved along the streets of the town. 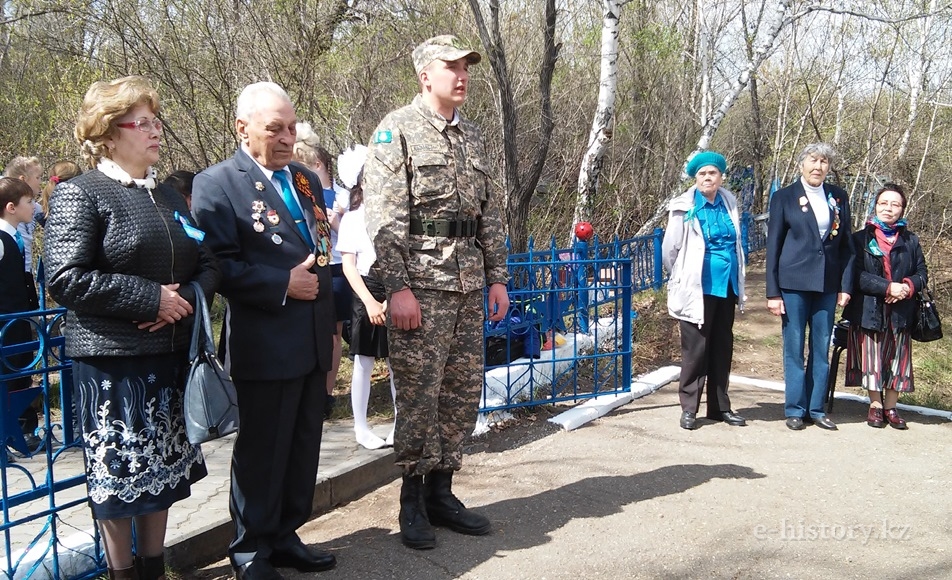 The war resulted in millions of deaths. Those who defended their Motherland made a great feat. But the workers on the home front also made a significant contribution to the Victory. They worked at plants, factories and farms all days and nights long. Despite the fact that Kokshetau was in the deep rear, it contributed much to the common Victory over the enemy.

One in four residents went to the front during the Great Patriotic War. Many of them fought as part of the famous 316th Infantry Division under the command of Major General Ivan Panfilov, 150th Idritskaya, 314th Kingiseppskaya and 27th Divisions.

In autumn 1941 the Podolskiy Sewing Machines Plant, two factories from the city of Ordzhonikidze and military hospitals were evacuated to Kokshetau. Several local facilities were prepared for them on an urgent basis. The sites were visited by the participants.

The Central Square had a special meaning for the town. Around five thousand people gathered there on the first day of the war to hear that the war had started. Ceremonial send-offs of officers and soldiers who went to the front were organised at the same place. People came there to hear radio briefs.

Participants also visited the Mosque named after Nauan Khazret where military units were stationed before sending to the war. People learned the history of the historical objects and local residents who worked at the rear from the researcher of the Museum of History of Kokshetau Aynash Sadvokasova.

The campaign ended at the ancient cemetery at the area of Barmashino where a monument to a Soviet soldier is situated. The mass grave of Soviet officers and soldiers who died in local hospitals is also there. Participants laid down flowers at the monument.

Museum of History of Kokshetau