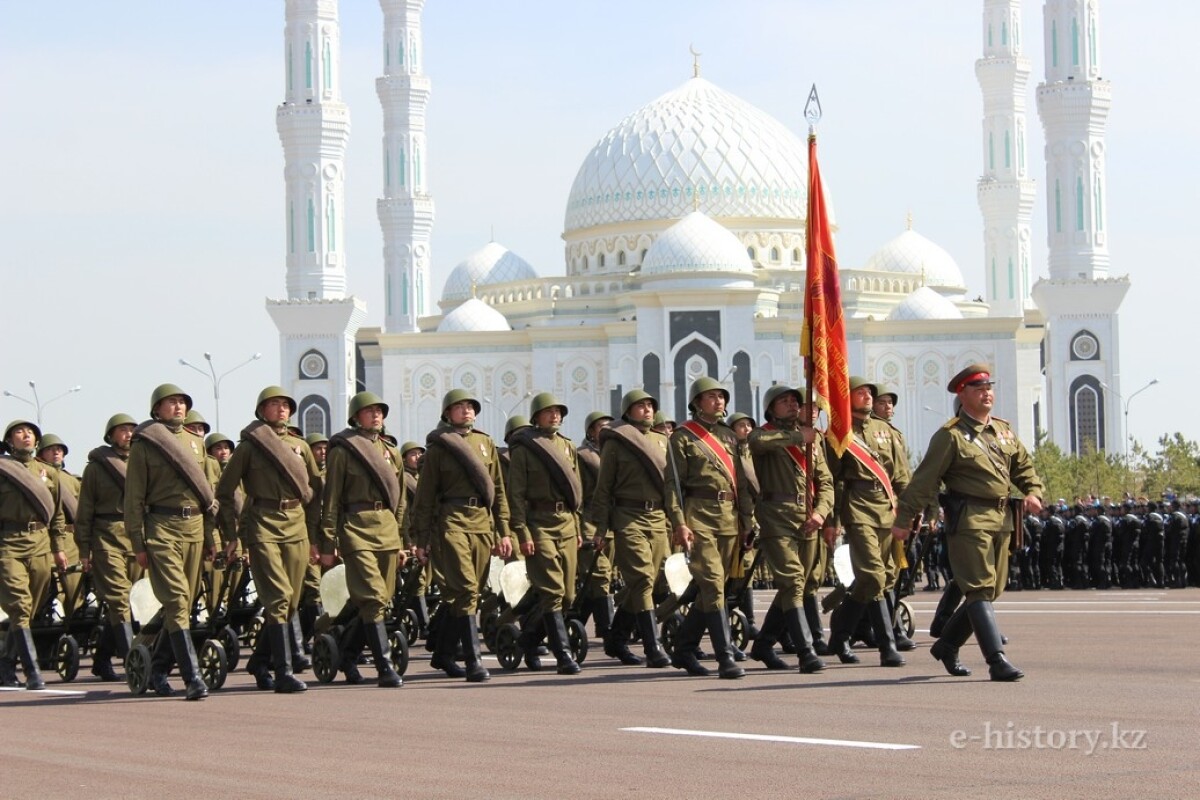 The national holiday celebrating Kazakhstan’s armed forces, which is known as Defender of the Fatherland Day, takes place on May 7. This day pays tribute to all generations of heroic warriors. The high status of a Defender of the Fatherland is recognition of the army’s activity in ensuring the national security and peace. This is a symbol of a particular respect for the Armed Forces and military personnel. 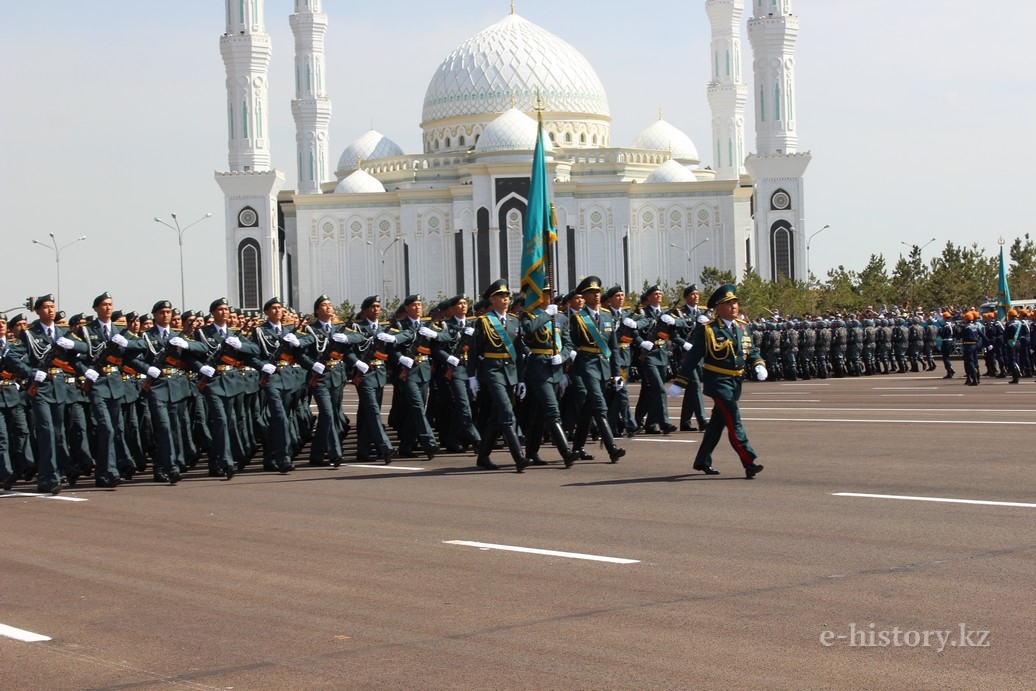 The ceremonial military parade was dedicated to the Defender of the Fatherland Day and the 70th anniversary of Victory in the Great Patriotic War. It was launched by the Commander-in-Chief of the Armed Forces of Kazakhstan, President Nursultan Nazarbayev.

The military parade with a record number of involved military equipment and personnel was the largest in Kazakhstan’s history since achieving independence from the Soviet Union in 1991. Around 5000 cadets, soldiers and officers, around 200 pieces of armament and military equipment, 70 helicopters and aircrafts took part in the Astana parade.

Historical uniform and Soviet-made World War II-era equipment were demonstrated along with modern Armed Forces of the Republic of Kazakhstan.

Carrying the National Flag of the Republic of Kazakhstan and the Red Banner of Victory was a separate ritual. The Red Flag was a replica of the banner which was raised by Rakhimzhan Koshkarbayev and Grigory Bulatov over the Reichstag 70 years ago. It was brought to Kazakhstan from Moscow, Poklonnaya Hill. 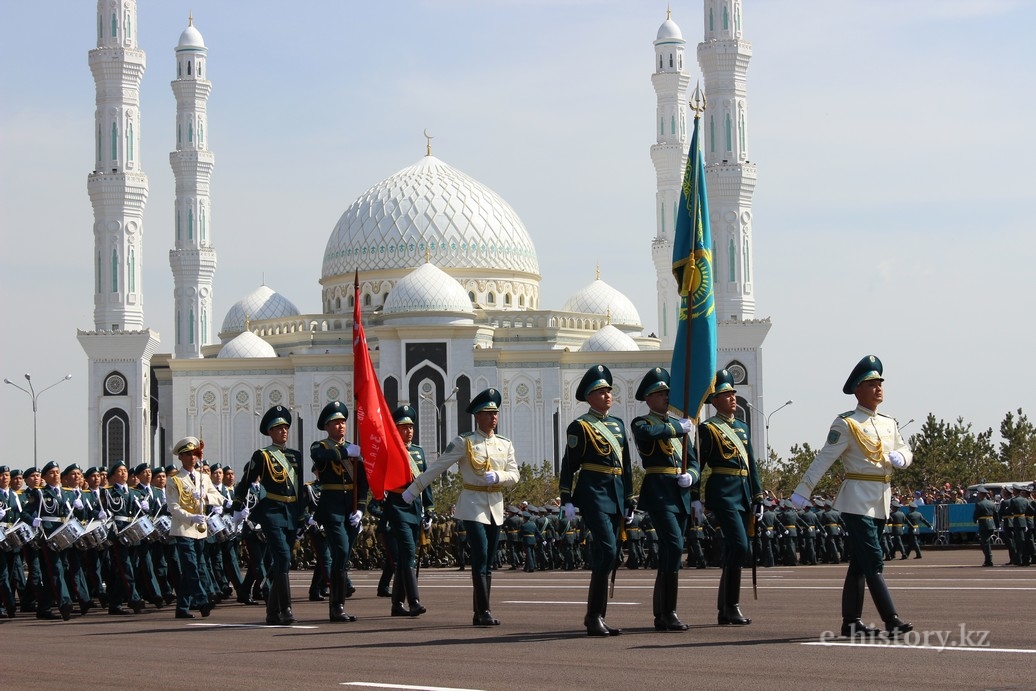 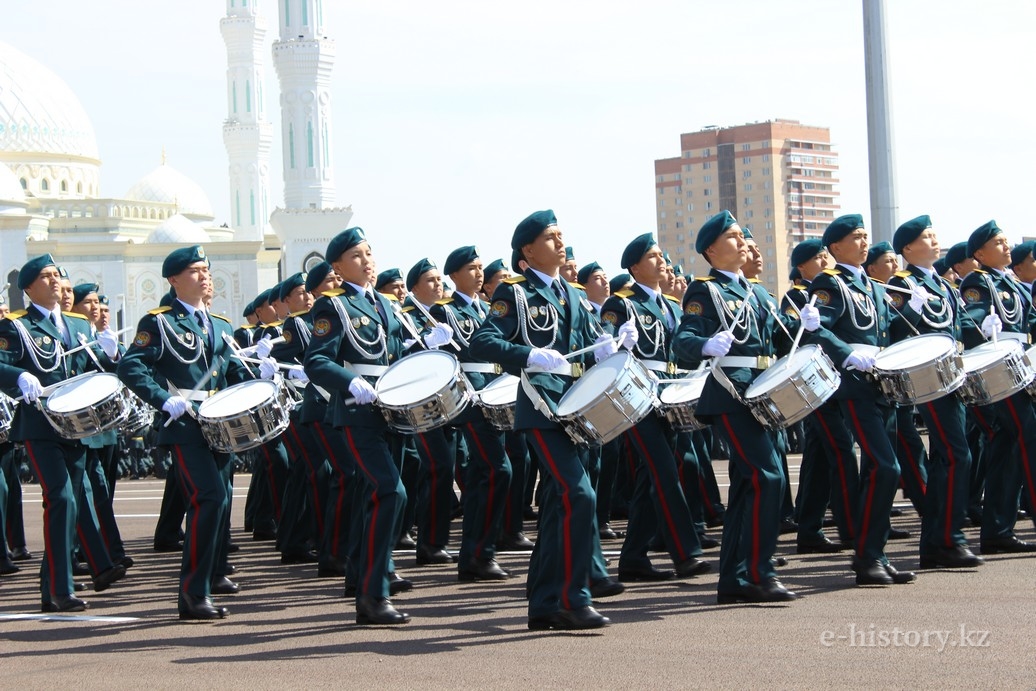 A company of drummers, cadets of the Zhas Ulan Republican School, were the first who walked in the Astana parade. The unit was followed by three detachments of soldiers and officers wearing historical uniforms of 1941-1945. The first detachment carried the banner of the 72nd Guardian Infantry Division, in which our compatriots fought during the Great Patriotic War. 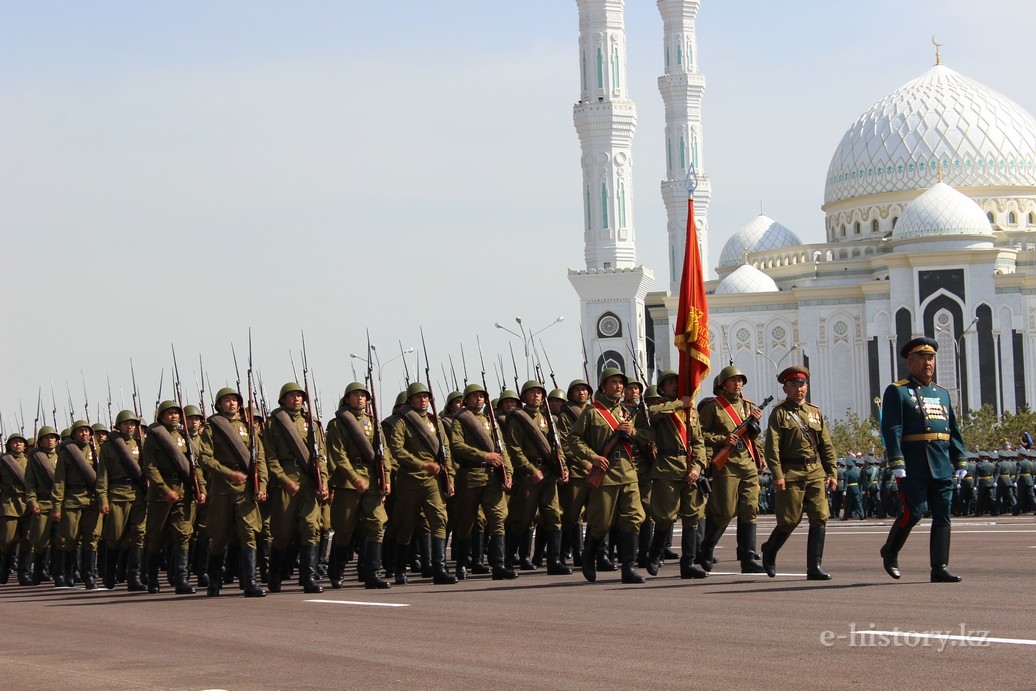 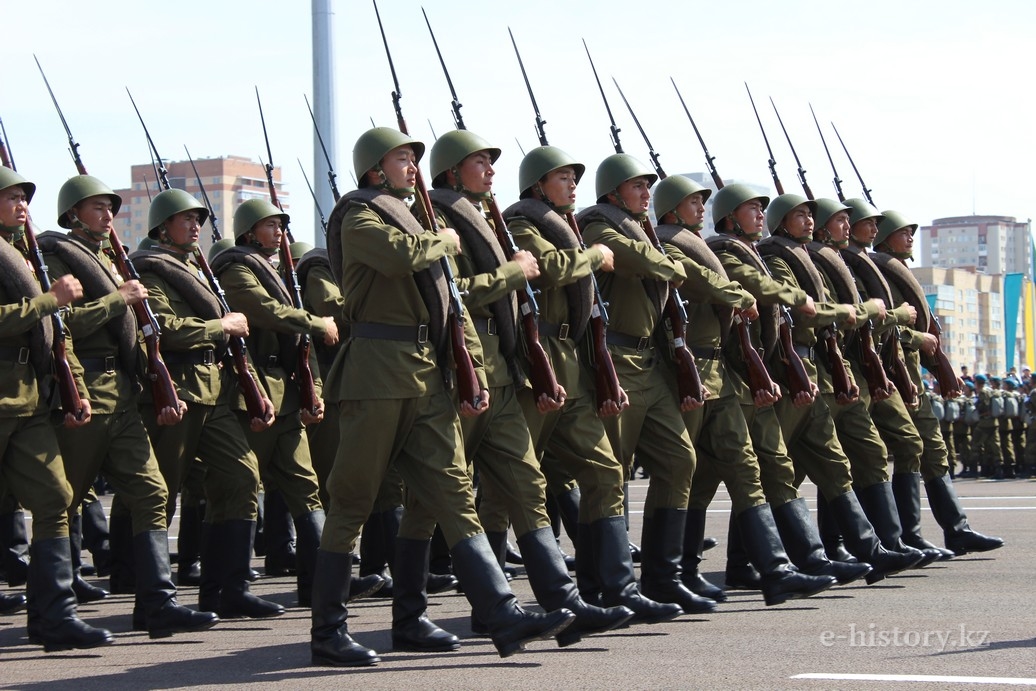 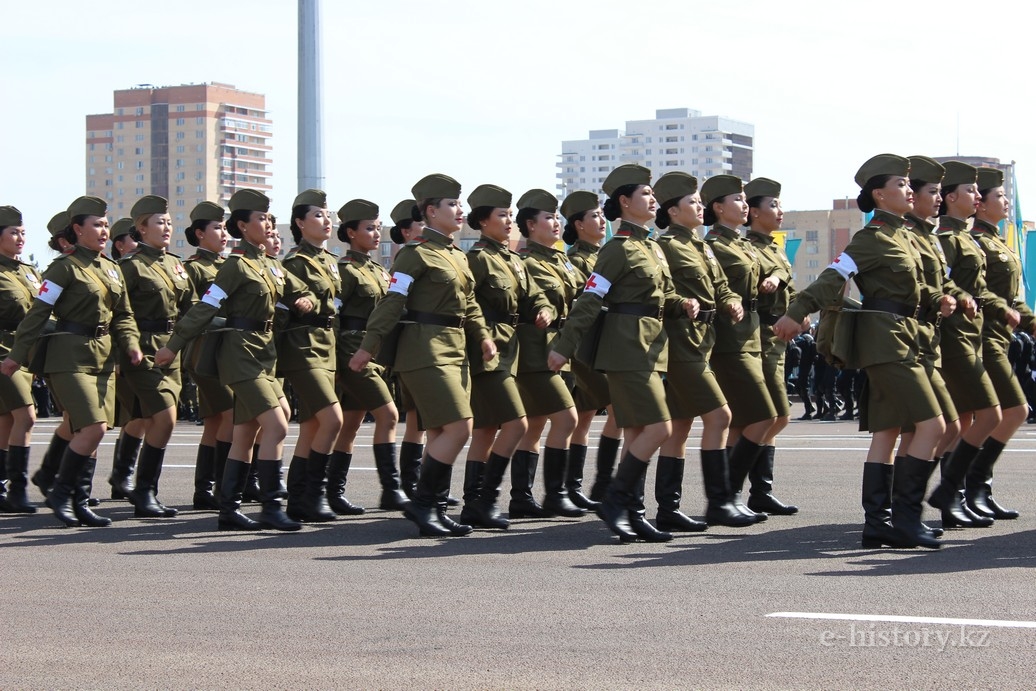 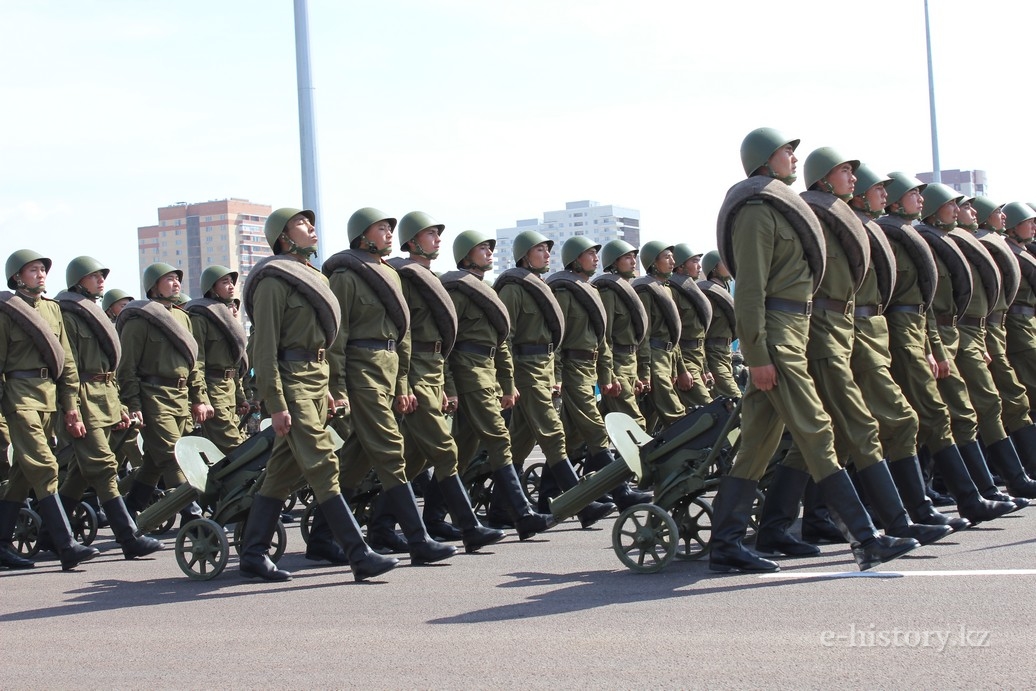 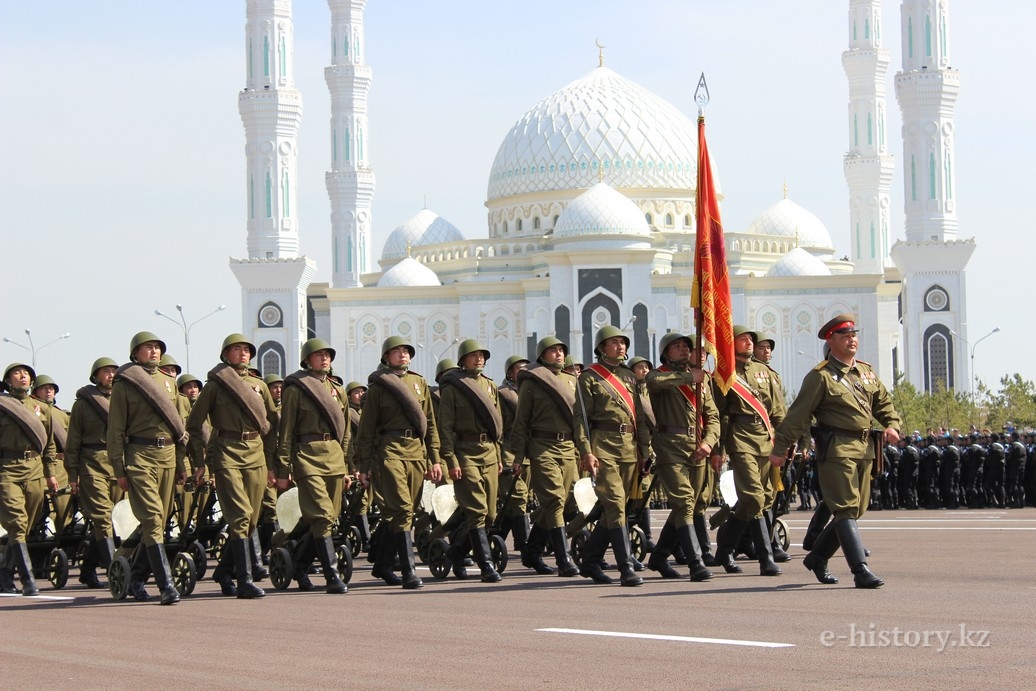 Parade detachments of the Ministry of Defence of the Republic of Kazakhstan, army, air defence aviation and navy forces continued the march. Spectators could see companies of airmobile forces, marine corps, peacekeeping forces, special forces, women military personnel, military police, and so on. 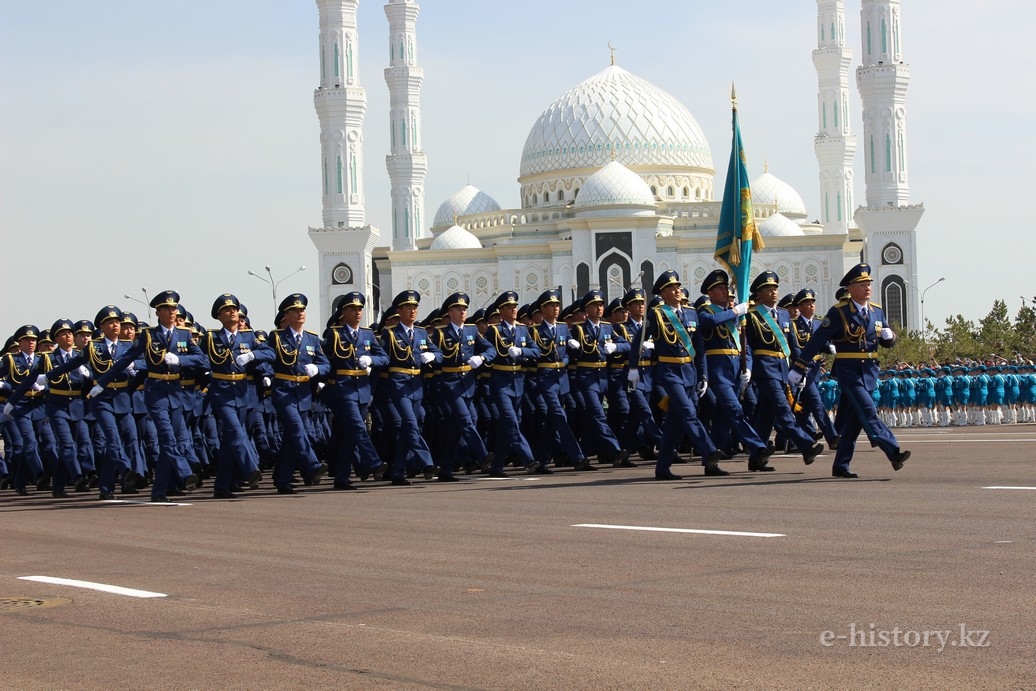 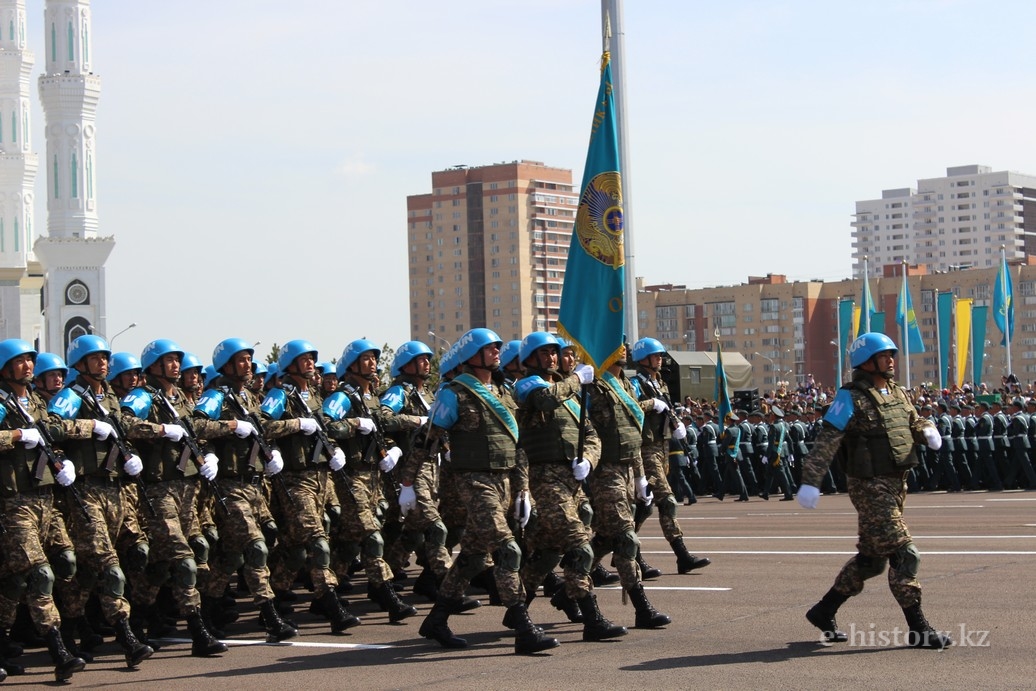 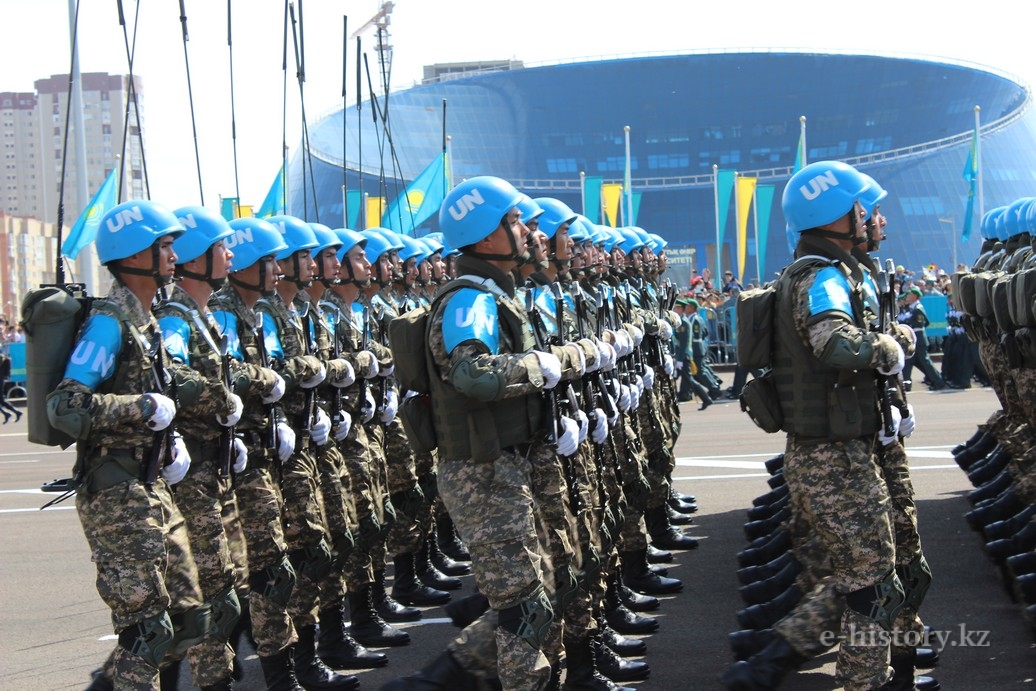 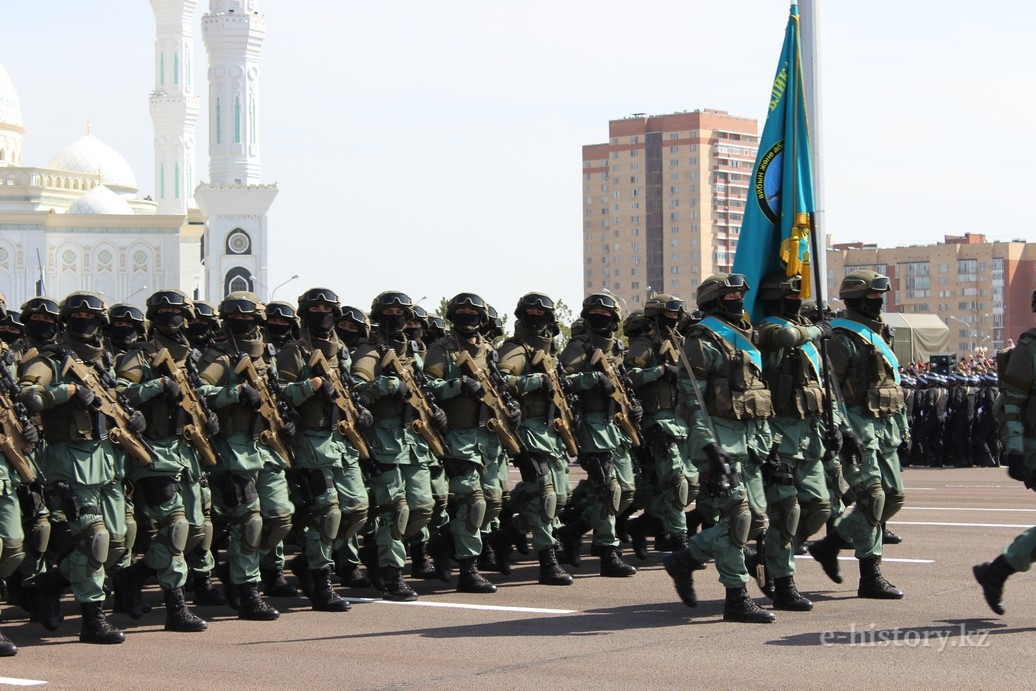 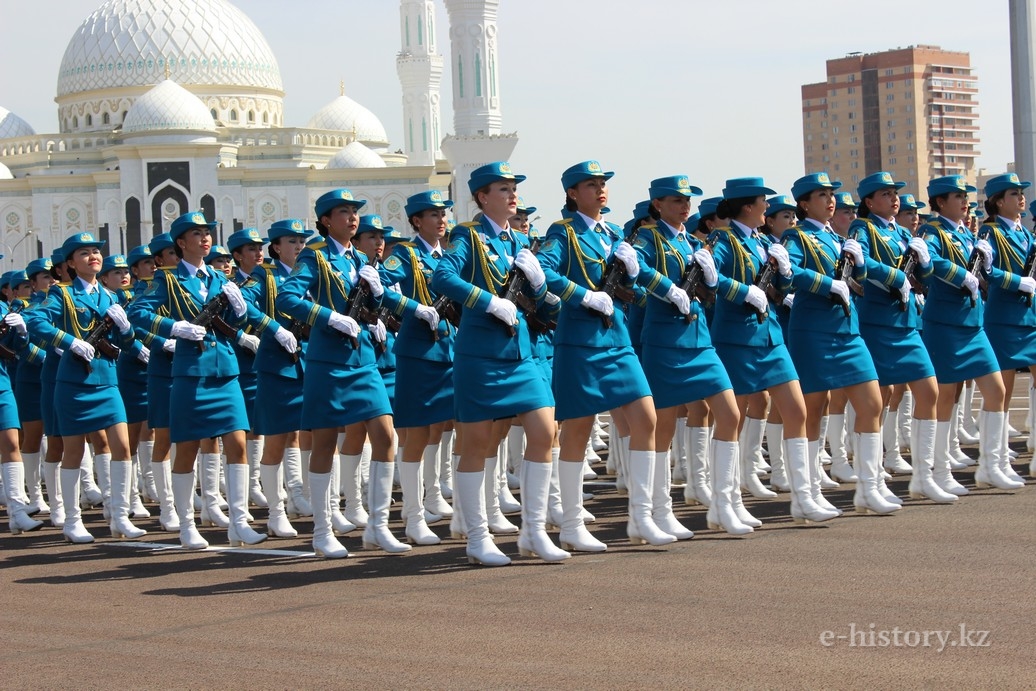 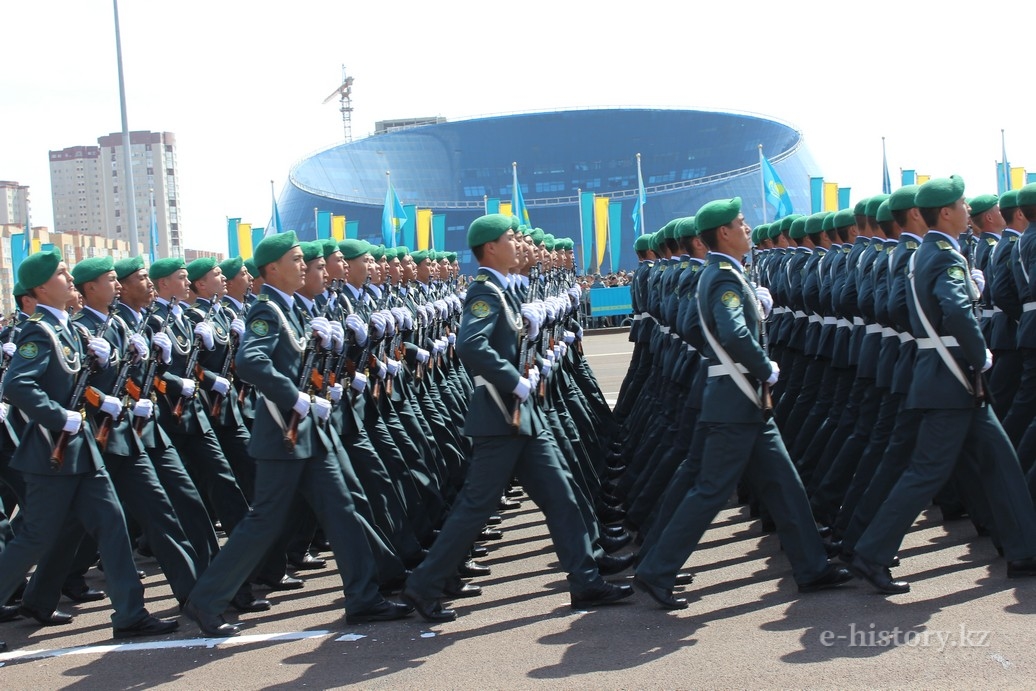 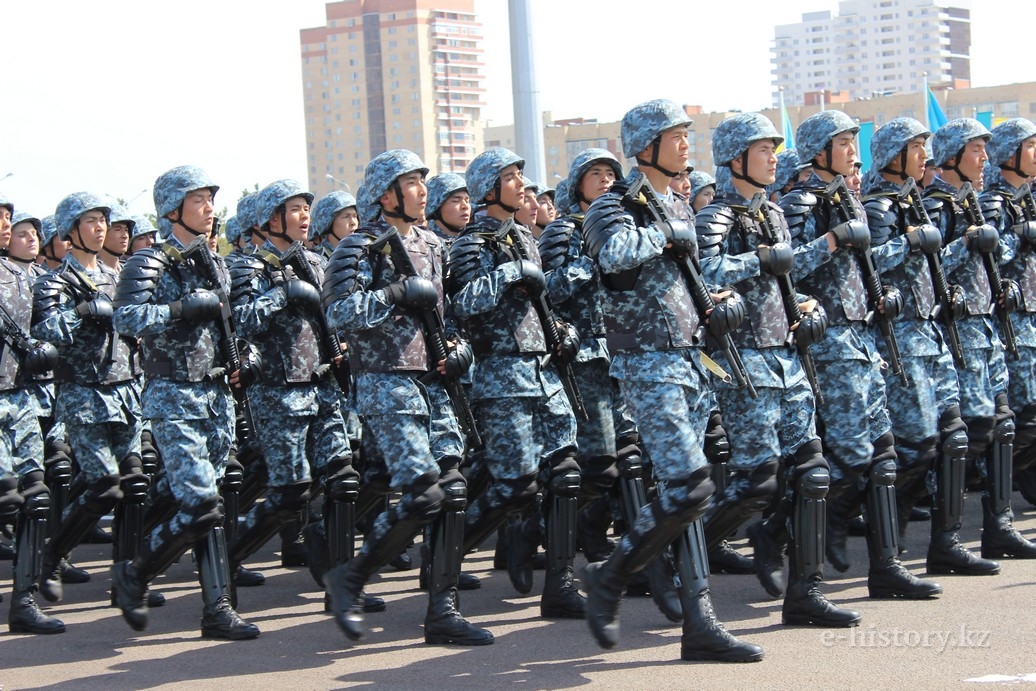 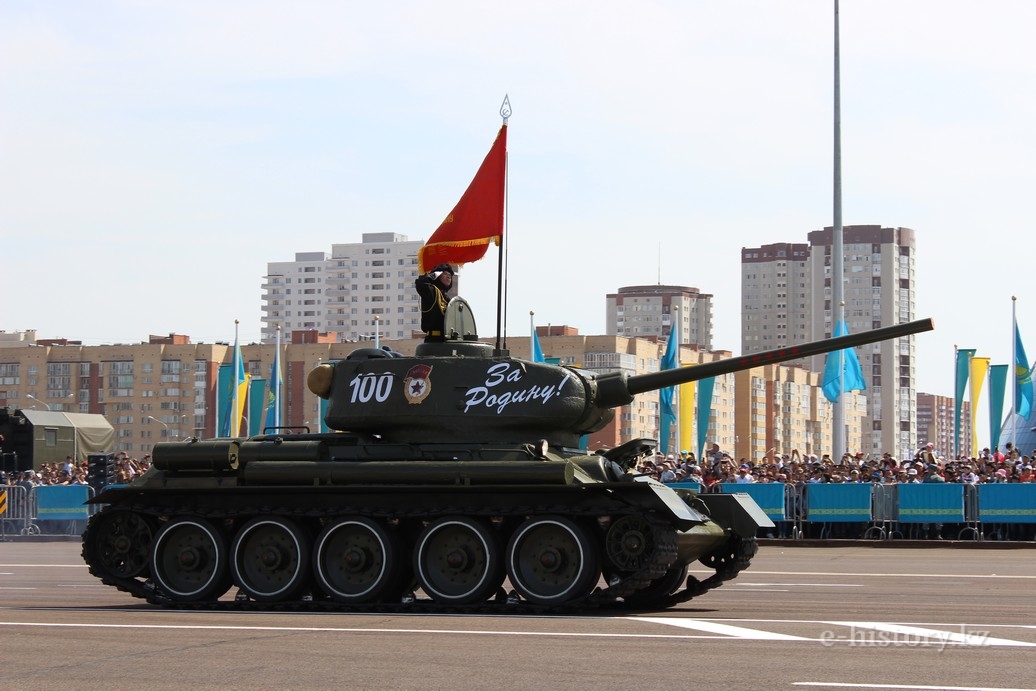 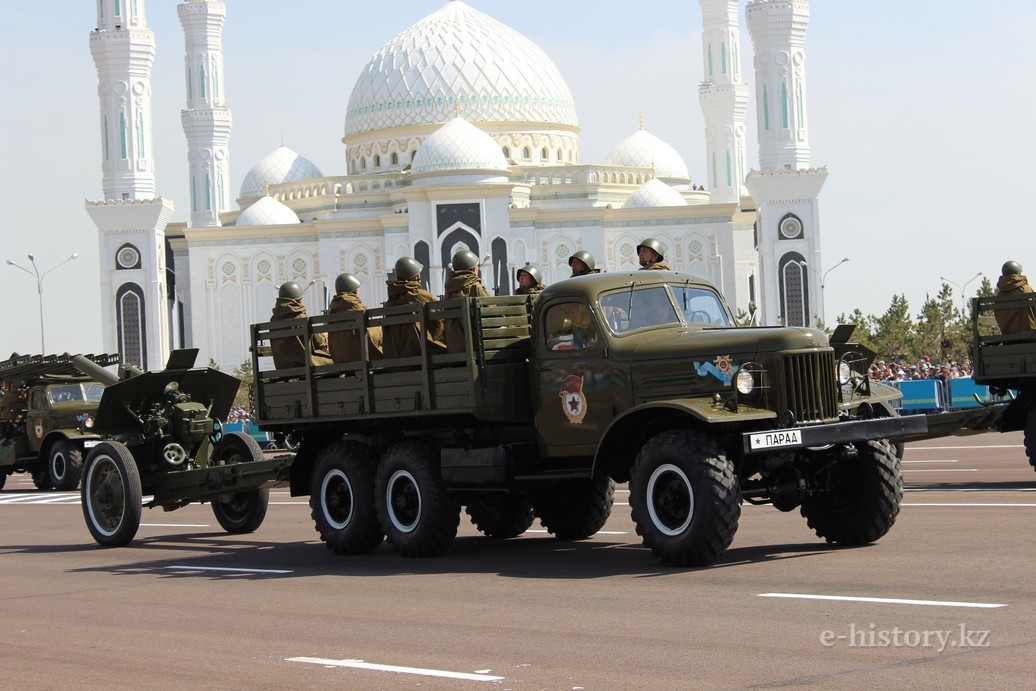 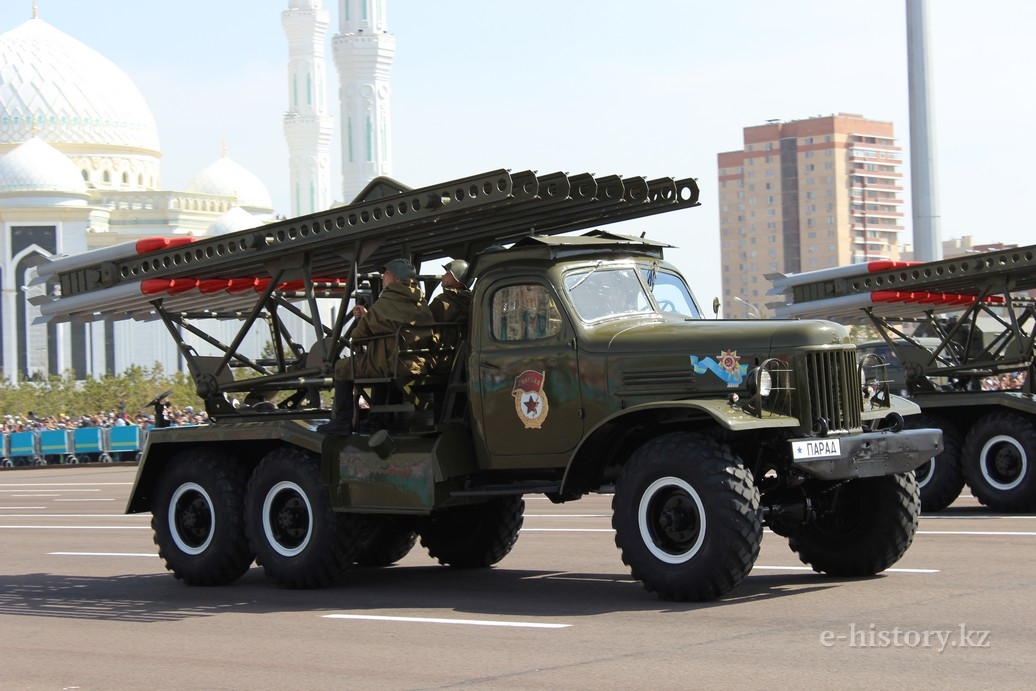 T-72B modern tank drove on the square to launch the procession of modern military equipment. It was followed by the TOS-1A multiple rocket launchers, armoured infantry fighting vehicles, armoured vehicles, D-30 howitzers, and so on. 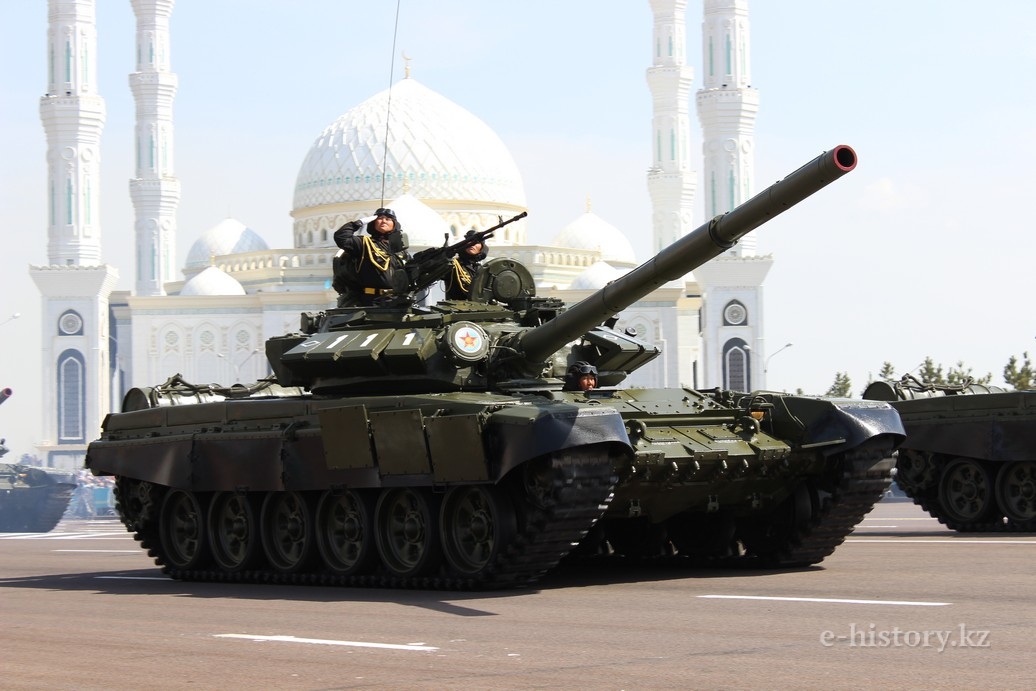 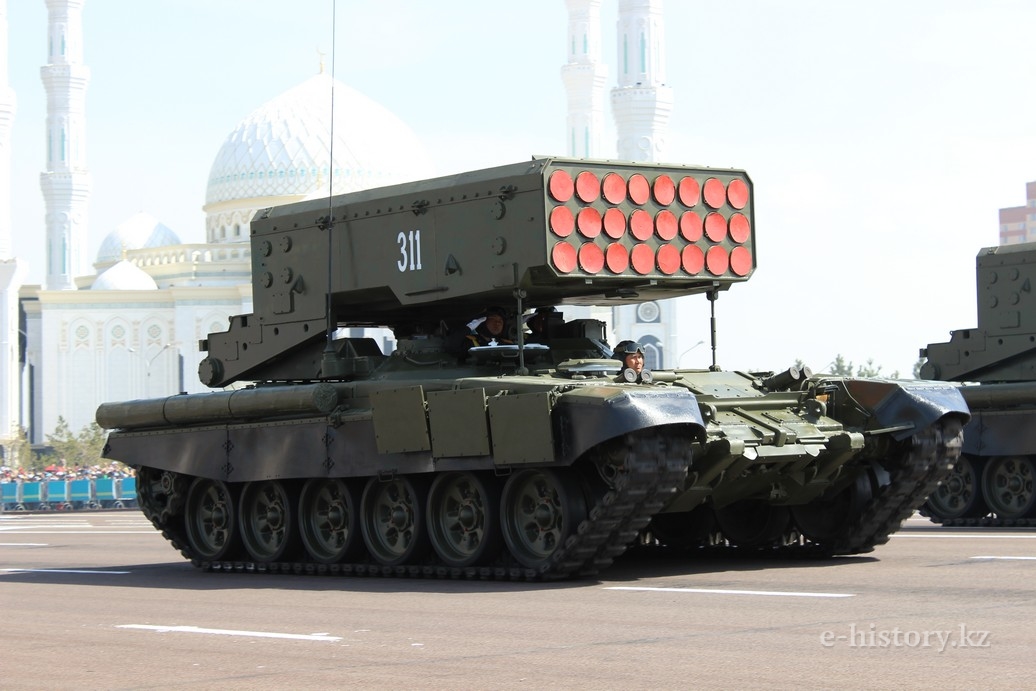 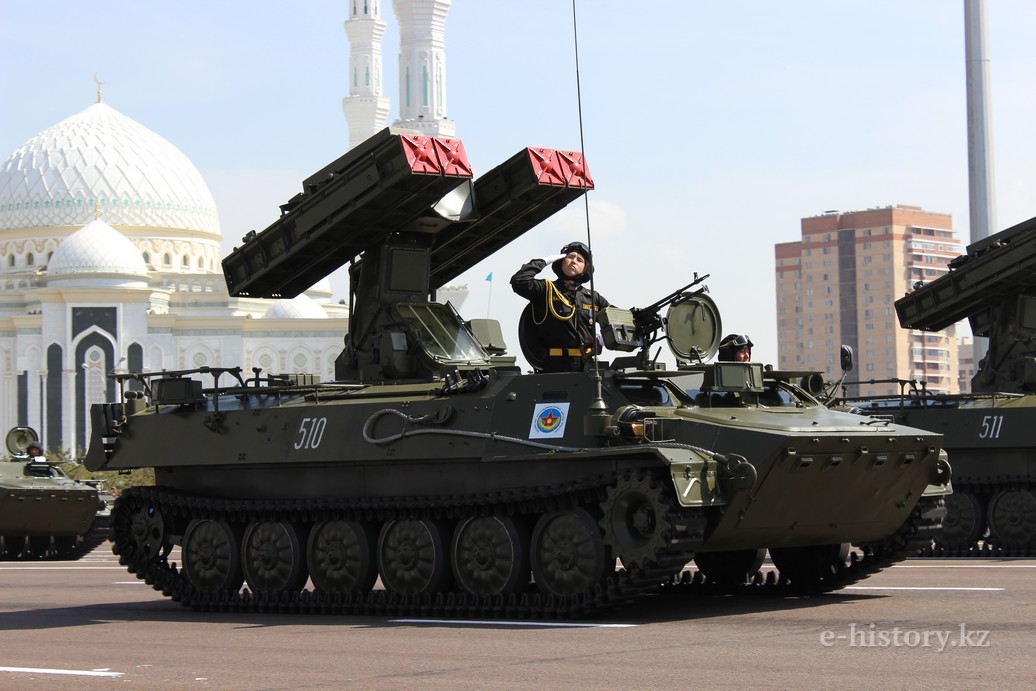 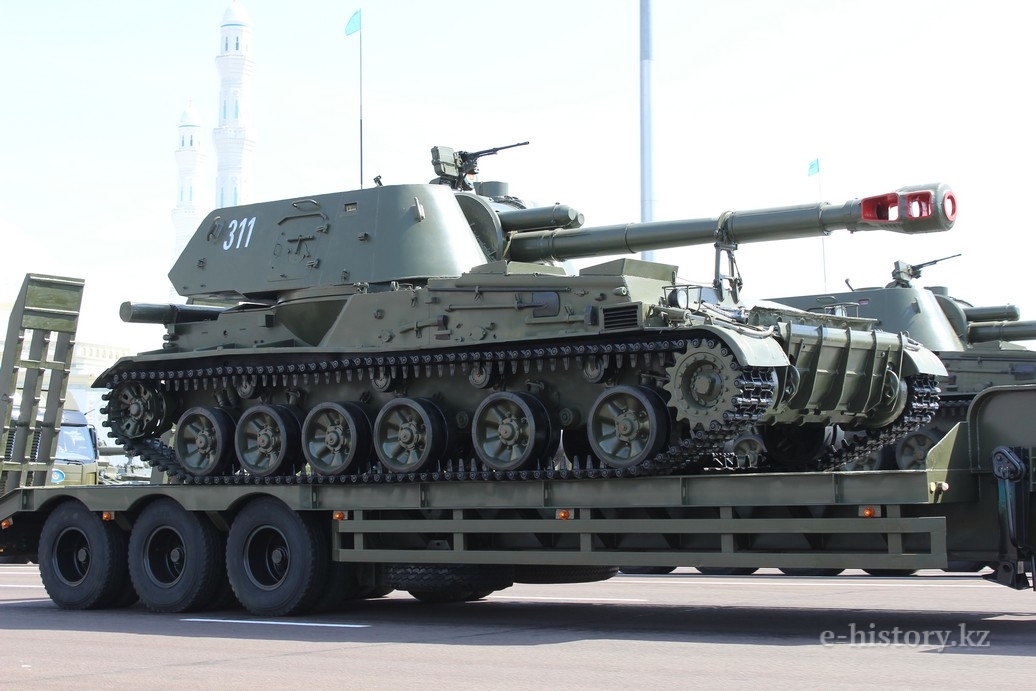 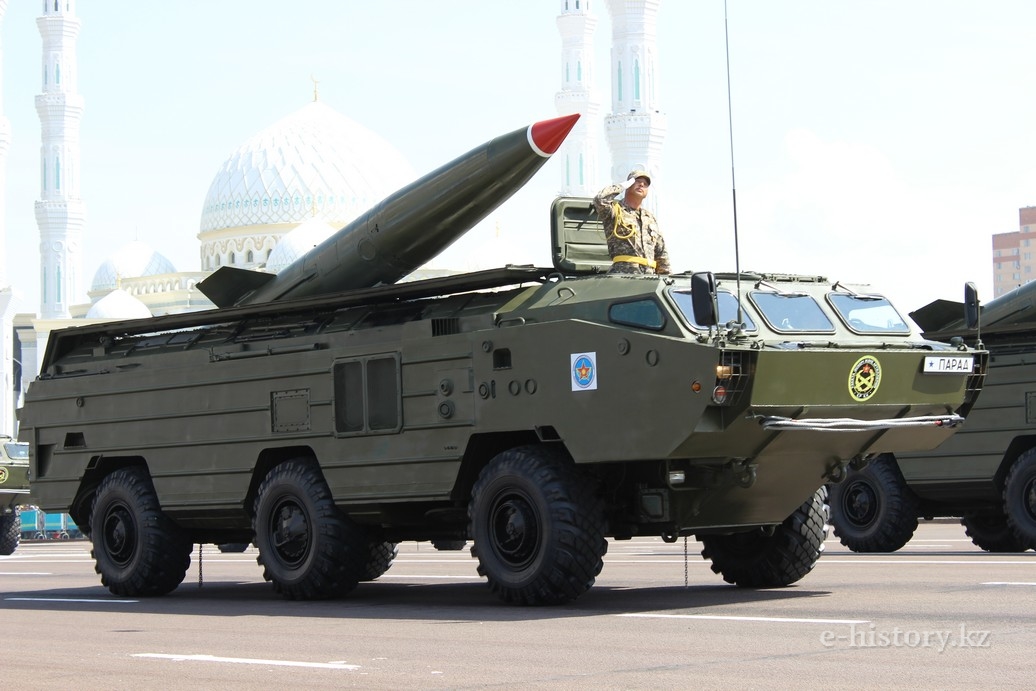 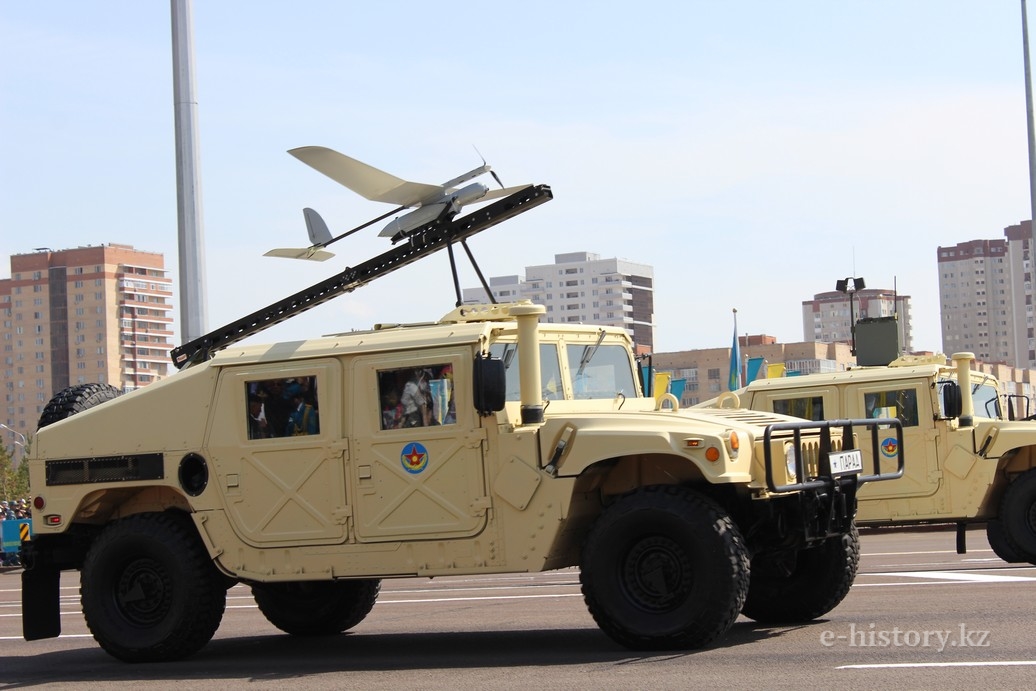 The air show had a special place in the Astana parade. The audience witnessed frontline and army aviation, including helicopters and aircrafts. 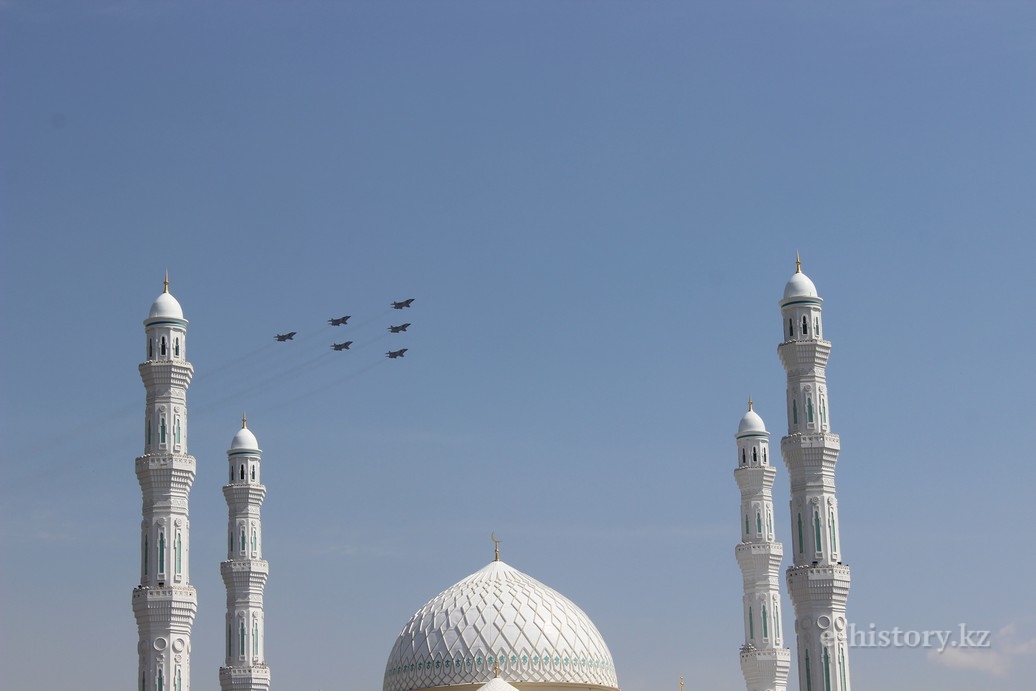 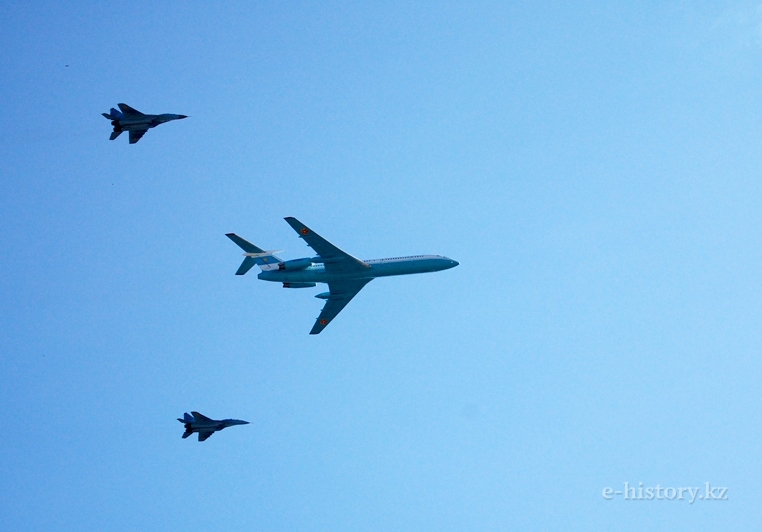 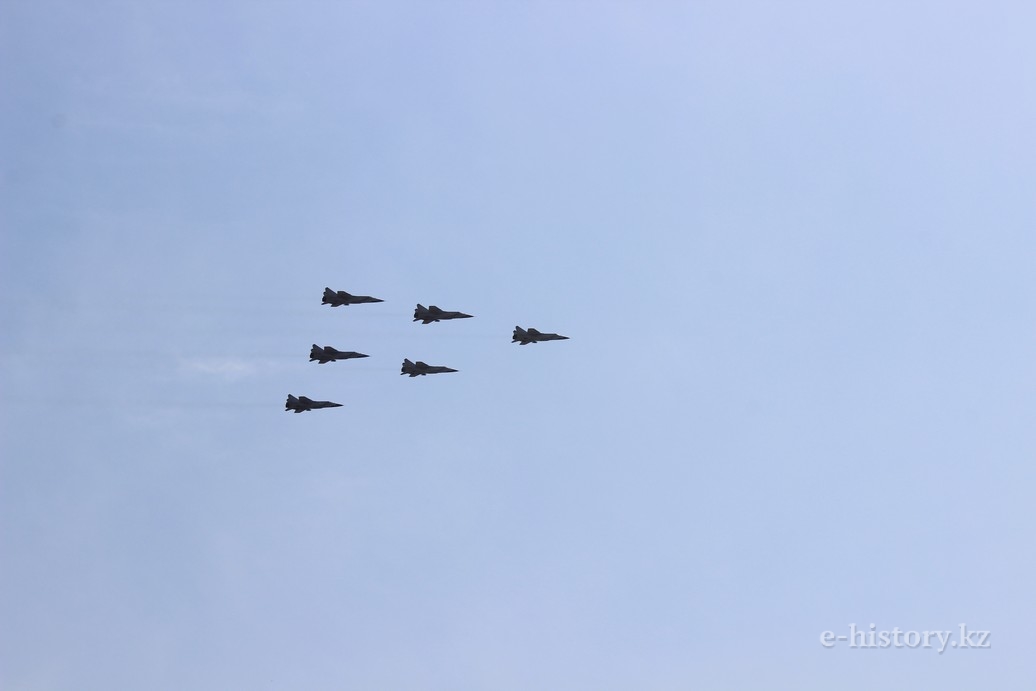 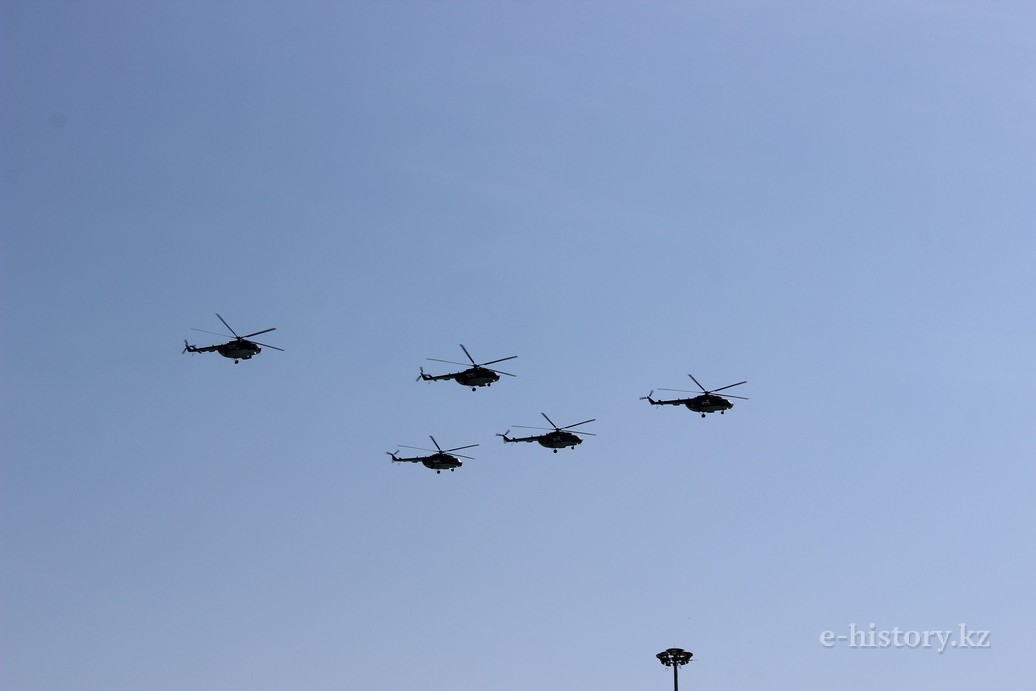