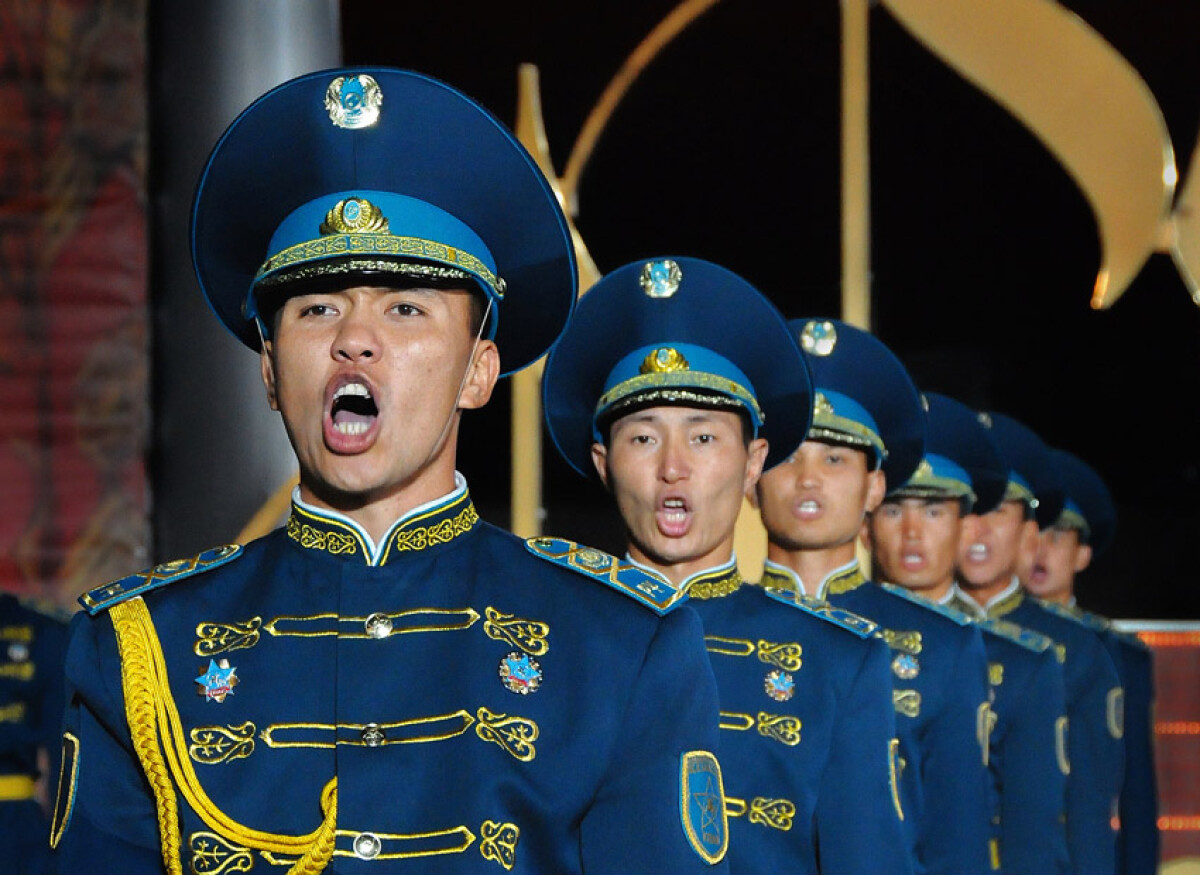 The Ulan Republican Guard was established on 16 March 1992 under the instruction of the President of the Republic of Kazakhstan Nursultan Nazarbayev. It became an elite military formation on the basis of forces of the Ministry of Internal Affairs. The servicemen of the National Guard carry out the service of the guard of honor, guard President Nursultan Nazarbayev, and other senior officials and foreign guests during their visit to Kazakhstan.

At the very beginning of its development, the National Guard faced some difficulties. There was a lack of resources, weapons and equipment during the crisis of the 1990s. There were problems with the professional education of military personnel as well.

Today the Ulan Republican Guard has turned into an elite military unit which is fully equipped with modern material and technical basis.

Bad weather or other circumstances can’t interfere with the duties of the National Guard. The servicemen carry out the full range of their tasks perfectly, including guarding President Nursultan Nazarbayev and other protected persons. At the same time, the personnel of the Republican Guard take part in official ceremonies and guard important facilities and national symbols, as well as manage other tasks. The Ulan Republican Guard is directly subordinated to the President of the Republic of Kazakhstan Nursultan Nazarbayev. 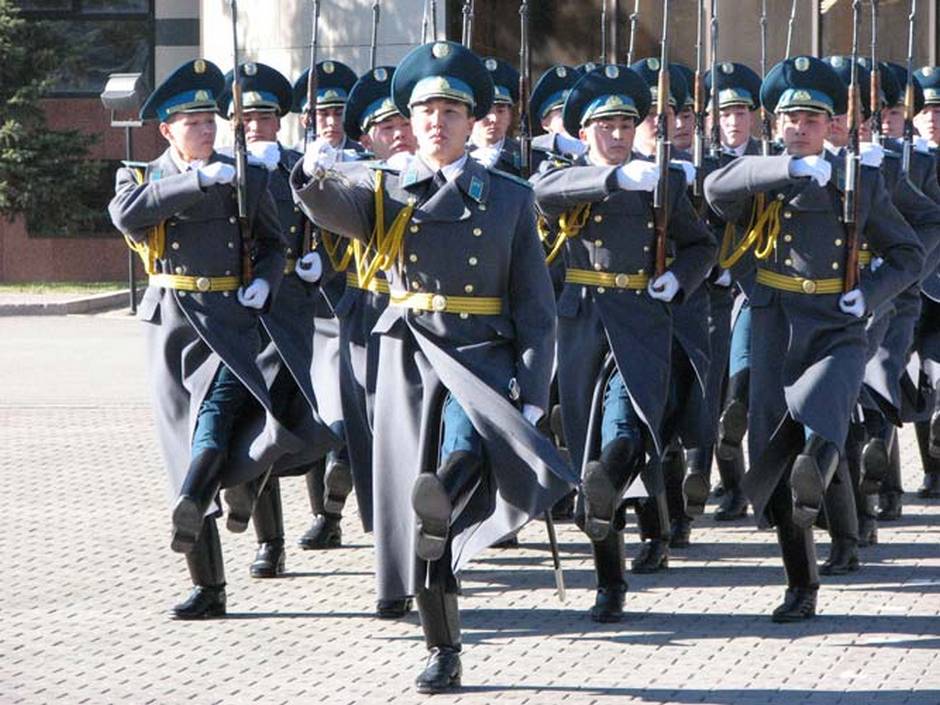 There are strict requirements for candidates to serve in the Republican Guard, compared with other military units of the Armed Forces of the Republic of Kazakhstan. Conscripts, officers and those serving under contract can be members of the Ulan Republican Guard.

To fulfill the requirements, a candidate should have higher education, good physical form, athletic achievements and certain psychological qualities. Therefore, much attention is paid not to quantity, but to the quality of military personnel as the tasks of the National Guard are more important that other military units have.

The Ulan Republican Guard has its own orchestra. It includes woodwind section, ensembles of chamber music and folk dance. The repertoire of the orchestra consists of anthems of almost all world countries, marches, entertainment music, and classical works of national and foreign composers.

The National Guard of the Republic of Kazakhstan has its own stripes, emblems, cockades, buttons and buckles for belts.

The Ulan Republican Guard has developed its traditions to instil and promote in all its servicemen a deep feeling of patriotism, dedication to the Motherland and President of Kazakhstan, as well as pride in their service in the elite military unit.