Museum of the First President of Kazakhstan to honour veterans 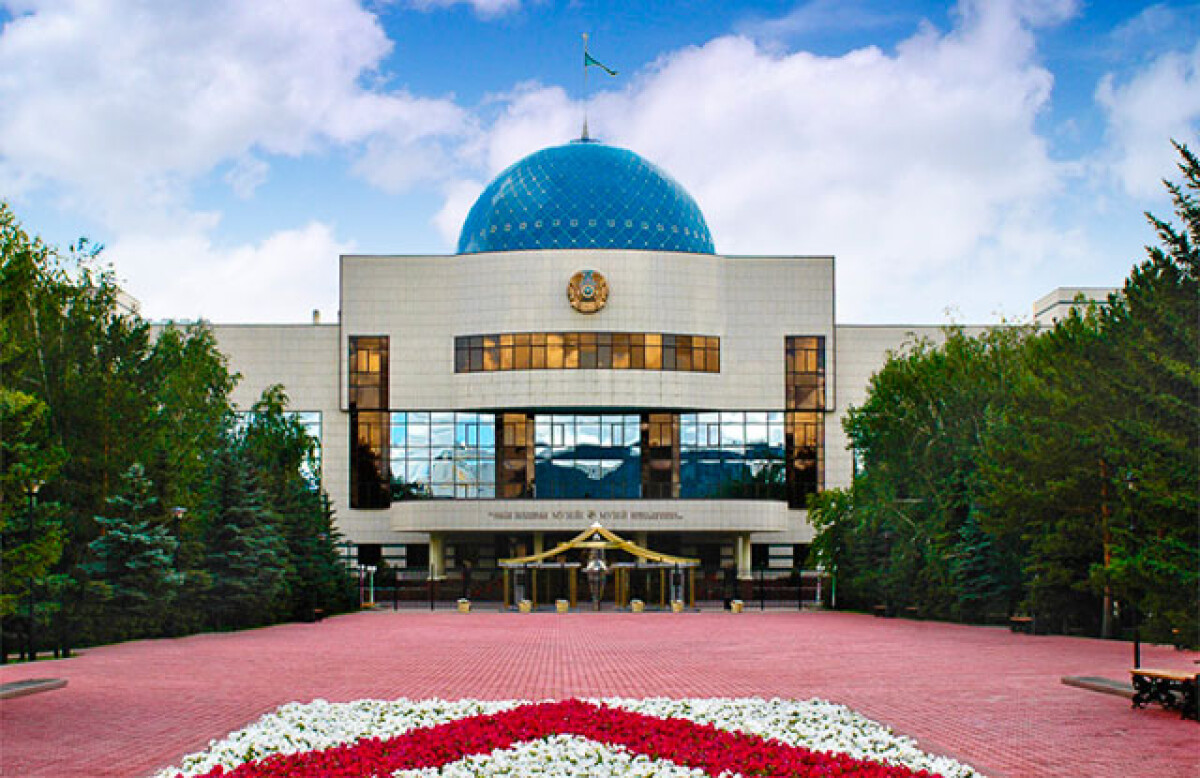 The ceremony to honour veterans of the Great Patriotic War at the Museum of the First President of the Republic of Kazakhstan starts on 4 May 2015 at 3 p. m.

1. Musical "Uly Zhenis — Urpakka Amanat!" ("The Great Victory is bequeathed to descendants!")
2. Opening ceremony of the exhibition "Successors of the Victory"

The Victory in this brutal war was achieved by the Soviet state through many millions of deaths. So our people still remember the victims of the Great Patriotic War and know the value of peace. More than half a century has passed and new generations grew up. For them, the Great Patriotic War is a distant history. But our conscience and the debt that we owe to winners and those brave men and women who lost their lives to achieve the victory mustn’t allow us to forget this heroic and tragic page of the national history.

To honour the veterans of the war the museum will produce the musical "Uly Zhenis — Urpakka Amanat!" ("The Great Victory is bequeathed to descendants!"). The musical is devoted to Kazakhstan soldiers and officers who were awarded the title of the Hero of the Soviet Union, including Bauyrzhan Momyshuly, Alia Moldagulova, Manshuk Mametova, the heroes of the 316th Rifle Division under the command of Major-General Panfilov. Students of the Secondary School № 17 will tell about patriotism, courage, love and memory.

The exhibition entitled "Successors of the Victory" will depict the severe days of the war, bravery and heroic deeds of brave Soviet soldiers and officers. Each exhibit will be presented as a proof of glorious events of those distant days. The exposition will also include archival documents, photos, videos and other materials to show the decision of the President of the Republic of Kazakhstan Nursultan Nazarbayev made after independence to provide stable and peaceful development of the country.

Being the founder of the Armed Forces of the Republic of Kazakhstan, Nursultan Nazarbayev initiated a series of important strategic steps such as renunciation of nuclear weapons, solving the problems related to disputed territories, delimitation of borders, and to name but a few.

Visitors will also have an opportunity to see exhibits telling about the Victory Parade on the Red Square in Moscow in 1945 and about the modern Armed Forces of independent Kazakhstan.

It is expected that the exhibition will be attended by resident and guests of Astana as well as the young generation of soldiers and officers to learn glorious examples of heroism during tragic years of the war.

The exhibition will remain in the Museum of the First President of the Republic of Kazakhstan until 8 June 2015.

Museum of the First President of the Republic of Kazakhstan,
11 Beibitshilik Street, Astana