Home News Other Cultural walk: in the footsteps of the Hero of the Soviet Union Timofey Pozolotin

Cultural walk: in the footsteps of the Hero of the Soviet Union Timofey Pozolotin 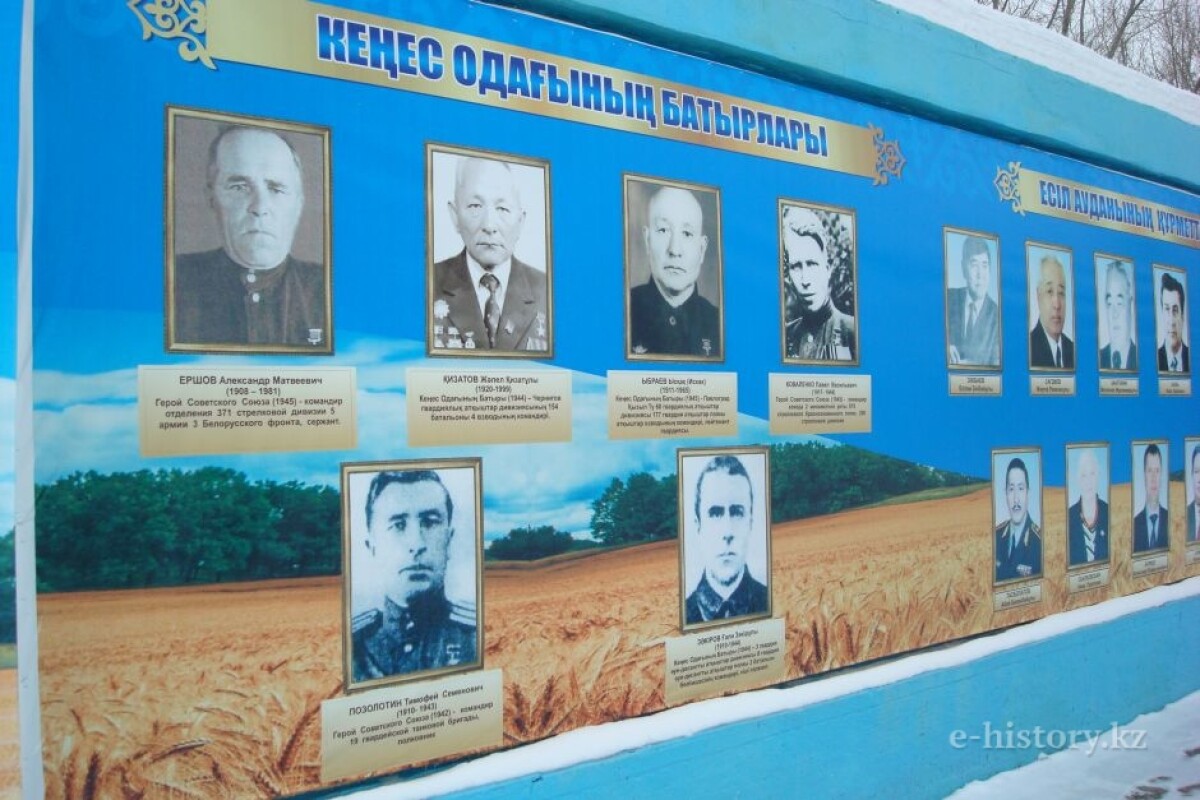 Petropavlovsk is my native town... There are familiar streets and alleys... Each name of a street has its own history. I was born in a house located on the street named after Timofey Pozolotin who was the Hero of the Soviet Union. 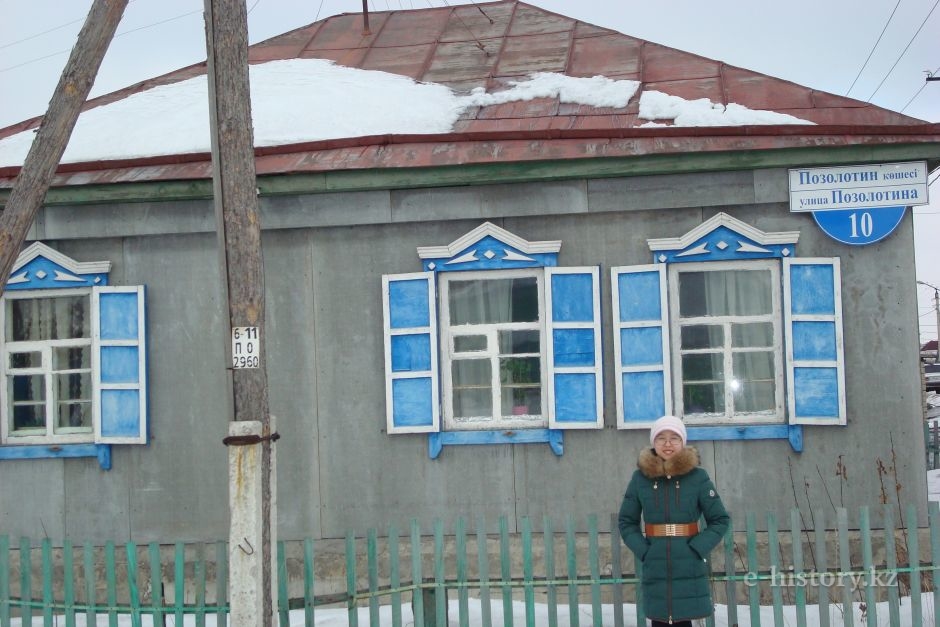 When I was a child I asked my father: "Who was Pozolotin?" He told me that the Hero was born and grew up in the village of Yavlenka, Yesil area, North Kazakhstan region. My father revealed Pozolotin’s feat.

Lieutenant Colonel Pozolotin was the Commander of the 17th Guardian Tank Regiment. In December 1942, the regiment went behind the enemy’s lines, defeating two military units of German and Romanian troops. Pozolotin’s regiment dealt a crushing blow to the enemy defeating approximately ten thousand soldiers and officers and capturing the rest. For the feat, Timofey Pozolotin was awarded the title of the Hero of the Soviet Union and the rank of Colonel on 26 December 1942.

The museum of local history of Yesil area in Northern Kazakhstan houses letters of Timofey Pozolotin sent by him from the front line. The widow of the Hero Galina Boychenko donated them to local history expert Mikhail Klyucherov who included them in his collection entitled "Front-line Letters" and then transferred them to the local museum.

My father suggested going to Yavlenka and visiting the museum, to see the letters and house where Timofey Pozolotin lived. 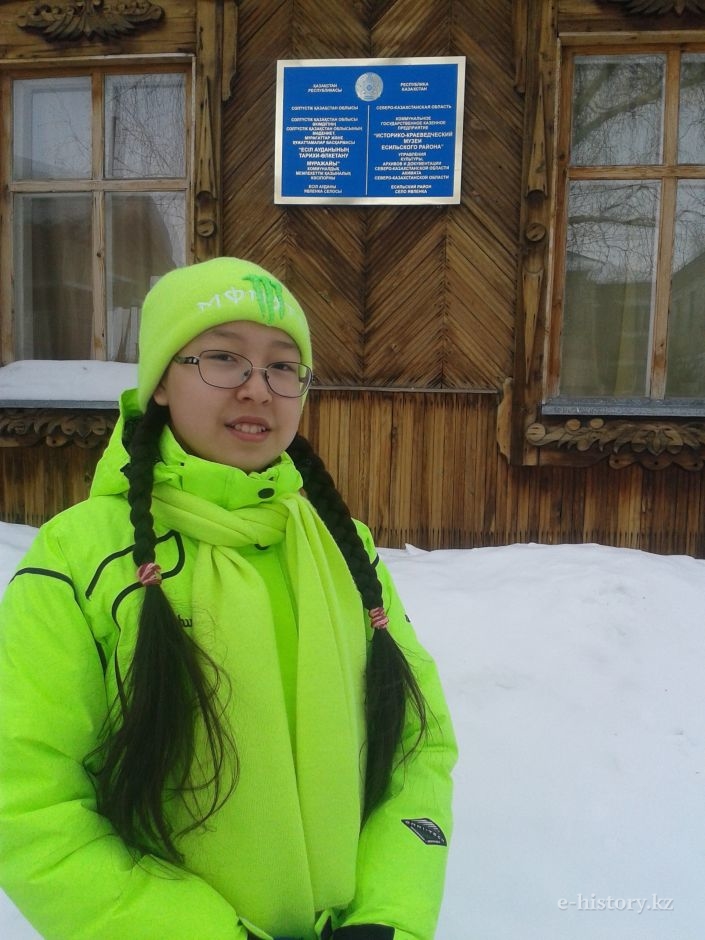 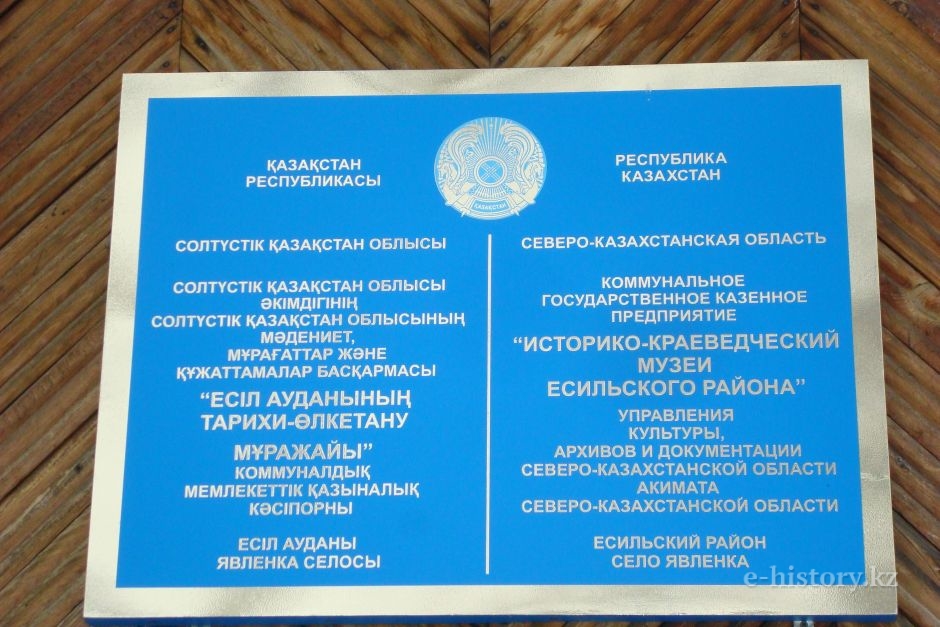 The Director of the museum Galina Popova cordially welcomed us. With great interest she told about Pozolotin’s life, showed his letters and introduced us to Mikhail Klyucherov who is the founder of the museum. 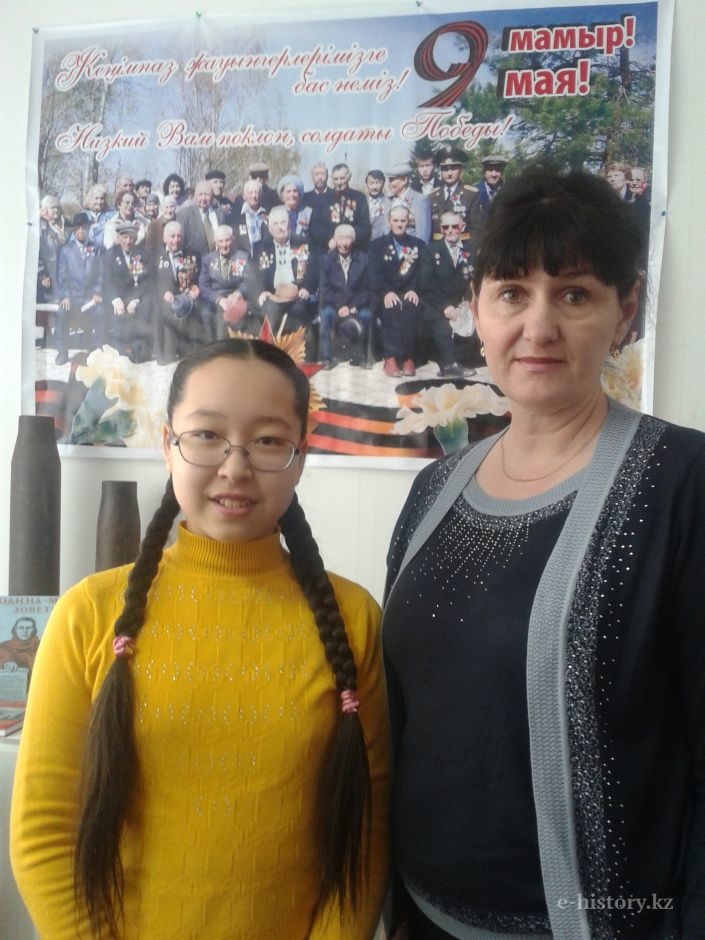 He repeatedly corresponded with Galina Boychenko and wrote a book about the Hero of the Soviet Union Timofey Pozolotin. 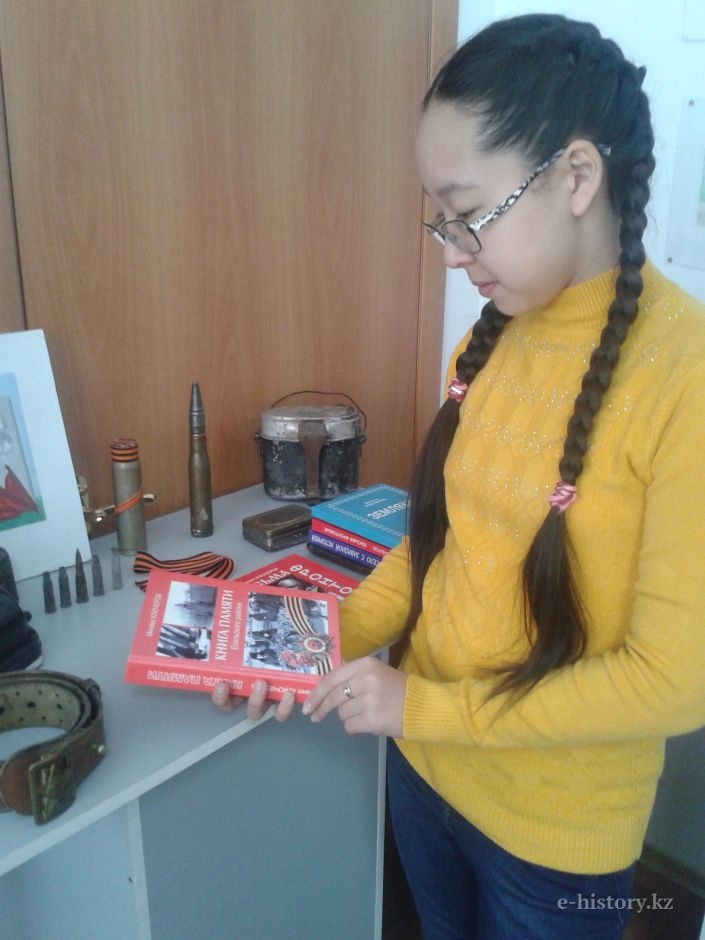 Mikhail Klyucherov told about Pozolotin’s childhood. Before, the Hero appeared to me as a strict officer. But I learned that he made the first in his village bike for his nephew. Timofey Pozolotin loved singing, dancing, doing sports and even established a local volleyball team. He always was a leader.

The Director of the museum showed me Pozolotin’s field cap, epaulet and map-case where he kept his letters. 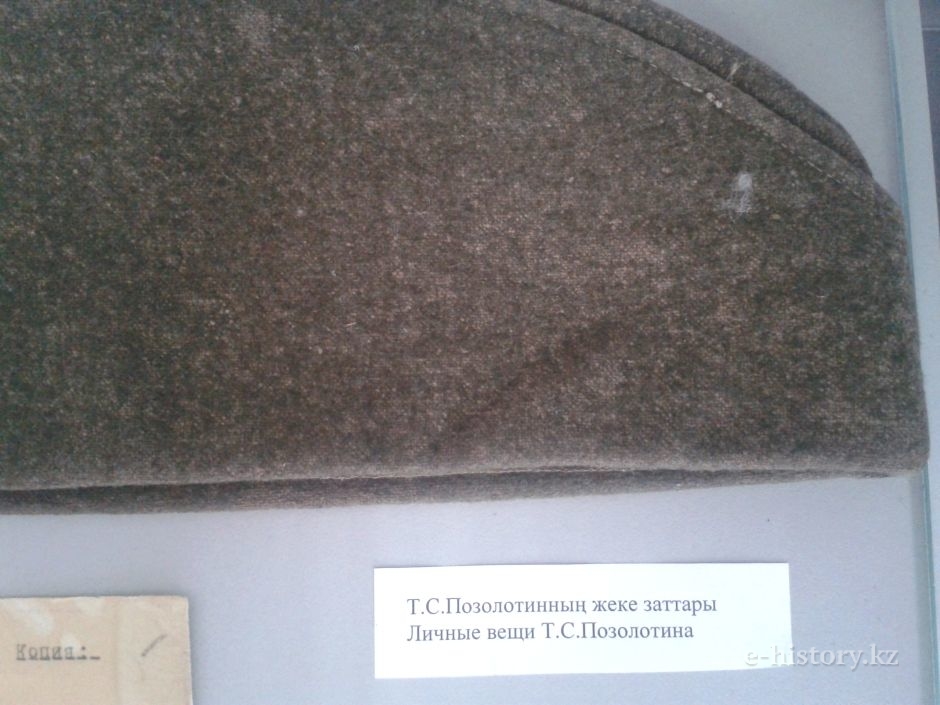 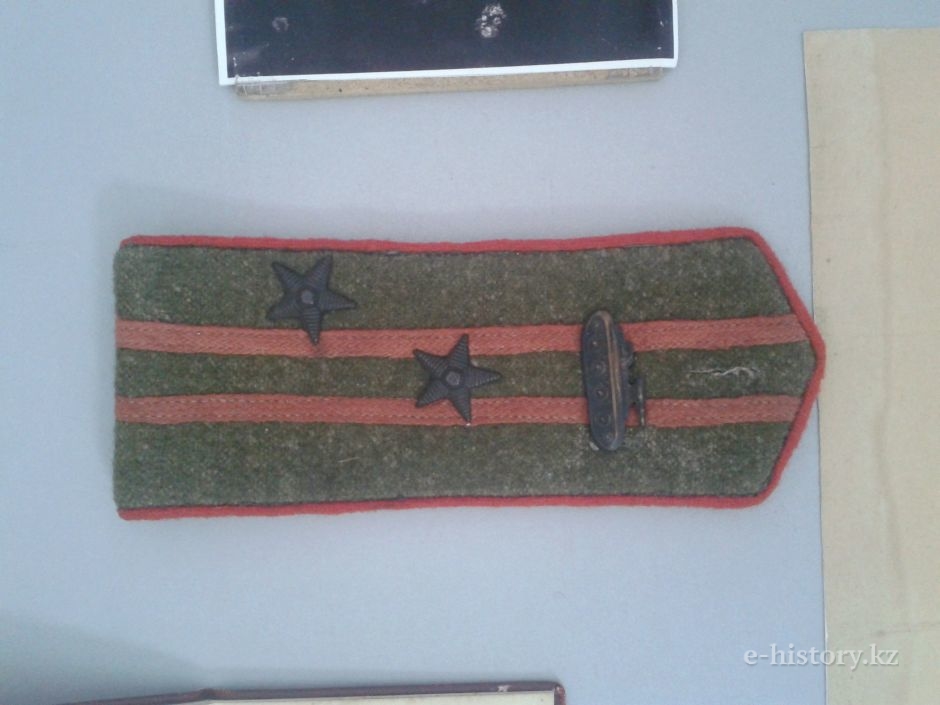 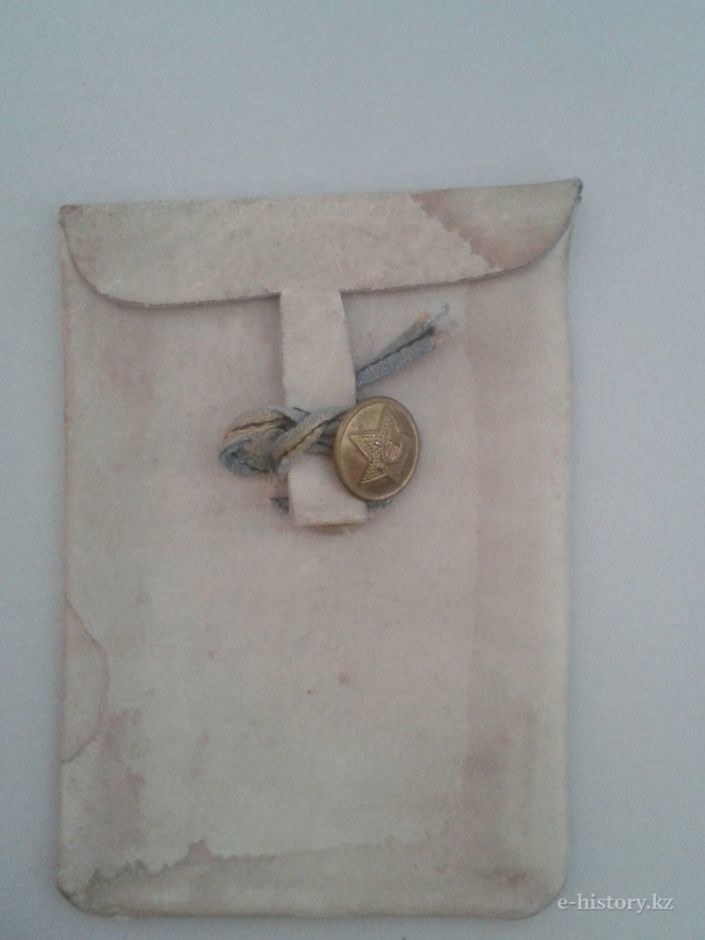 Reading the letters, I was impressed by bravery and fearlessness of the Hero and his real patriotism. "... Dear, be sure that the Germans won’t set foot on the territory of Moscow. We will protect it vigorously... I will pursue the enemy, defeat him not sparing a single rabble, at the price of my health and life, if I will have to pay it for the Motherland...," Timofey Pozolotin wrote to his wife.

At the same time, his letters are full of tenderness and affection: "There are no words, Dear Galina, to express the joy that I felt when received your letters and postcard."

The letters are like the voice of Timofey Pozolotin. I hold them carefully and with excitement. It is like I touch the history.

Colonel Pozolotin passed a great battle path. Despite the numerous wounds and contusions, he continued fighting.

"Just over ten thousand Germans were defeated by our tanks. The road where my unit moved is called "Pozolotin’s Route". Those who were captured later told that they were afraid of the battle with his tanks," Colonel Pozolotin wrote. Indeed to avoid new losses the Germans shied away from fighting informing their tankmen: "Achtung! Achtung! Pozolotin’s tanks are ahead!"

I see the letters addressed to fellow villagers of Timofey Pozolotin. He wrote the following: "I met our fellow countrymen on the front. All of them fulfilled their duty with honour. I also was worthy of the title of the Soviet warrior. There was no any mercy to fascists where my unit arrived." He encouraged his fellow countrymen to believe in victory: "Food and presents you sent to the Red Army and your care supports us. We promise to fight with Hitler’s bandits to win until the very last drop of blood. And you develop collective farming and work tirelessly."

As I knew, there are no direct descendants of Timofey Pozolotin. He lost his daughter and son.

"War" is the most terrible word in the world. It brings death, breaks dreams and destinies of people. We have to understand this to prevent history from repeating itself.

I think that are indebted to all soldiers and officers of the Great Patriotic War. All of them are heroes who shed blood in fights for our Motherland.

"Be sure, my life will not be cheap. My death in a battle will guarantee free and happy life to hundreds of our people, our children and you..." Pozolotin wrote to his wife.

Timofey Pozolotin died as a hero of the deadly wounds near the place named Babanskoe (Poltava) on 9 September 1943. His body was brought to Moscow and buried at Novodevichy Cemetery.

The price of his life is our happy childhood, the opportunity to enjoy, love, dream and study in the peaceful time. Therefore, we have to value the feat of those who defended our liberty in the Great Patriotic War. I am proud that I live in a country which brought up a number of great Heroes, including Baurzhan Momyshuly, Nurken Abdirov, Sergey Gudenko, Talgat Bigeldinov, Ivan Pavlov, Sultan Baymagambetov and many others. I would like people know and remember those who names were given to the streets in our cities.

The memory of Pozolotin is perpetuated in the name of a street in the village of Yavlenka. His name was also given to a school. There is a monument to the Hero in front of the school. Despite the fact that there are almost no any remains of the house at the Beregovaya Street where Timofey Pozolotin lived, there are people in the village who still remember his feat and proud of him.

Let’s remember national history, history of our cities and streets! May our Earth exist in peace!