Home News On the fabrication of military history

On the fabrication of military history 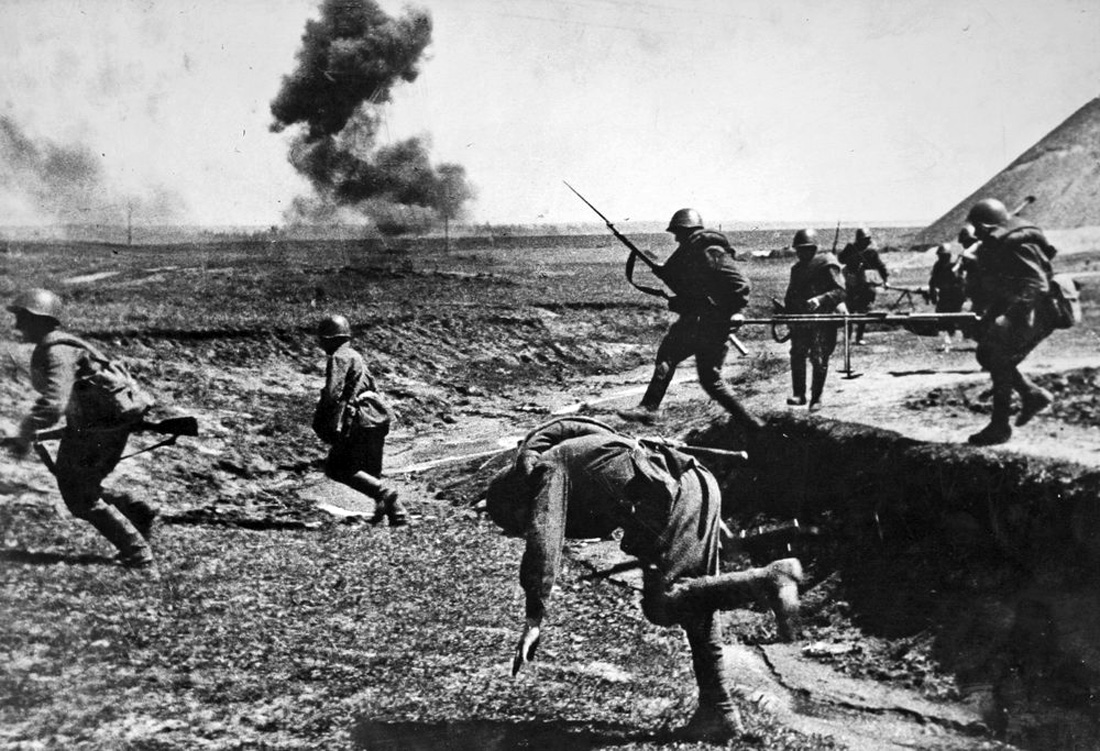 Each state teaches patriotism through the use of heroic episodes of national history, sometimes disregarding historical accuracy

For example, the British convince the young generation that the main battle of the WWII wasn’t in Stalingrad but their battle of El Alamein in Northern Africa. And the Americans say that the most significant fight of the WWII was the battle of Midway Atoll.

Certainly, historians from the CIS and far-abroad countries know that it is not true but nowadays young people do not read the historical works. They are written in scientific style. So they are too boring for young generation. However, our young people with great pleasure read the books of Suvorov-Rezun who is the active fabricator of the Soviet history. People like his works because he writes simply but emotionally and even captures a reader. That is why when the youth starts his book it is not a problem to finish. There is no more influential fabricator, I think. They target young hearts and are accurate to influence both hearts and souls. And the books make young people believe that there was no common feat on battle fields. They believe that there was no the feat of the 28 Panfilov Heroes as the Russian journalist relies in documents. By the way, how did he do this? How did he fabricate some fragment of the documents? For example, the journalist extracted only the first phrase from the interrogation report of the NKVD. The commander of the 1075th Infantry Regiment of the 316th Infantry Division I. Kaprov said the following: "... There was no battle of 28 Panfilov Guards with German tanks near Dubosekovo station on 16 November 1941 — this is a fiction..." This fragment was taken by the journalist and thereby he fabricated the meaning of the protocol: "On that day near Dubosekovo station the whole 4th Company fought against German tanks being a part of the 2nd Battalion, and they did this like heroes. Over 100 hundred people died instead of 28, as it was mentioned in newspapers..." It was so! 100 heroes instead of 28! In general, this is about the Russian yellow press. Our journalists in Kazakhstan are patriots. Eric Aubakirov and Dulat Moldabayev are the most famous Kazakhstan journalists.

Being the Commander of the Memorial Zone Searching Group, I have been conducting field studies for 25 years. I work both on the former battle fields and in the Central Archive of the Ministry of Defence of the Soviet Union, now Russia). I have to learn the war in details to understand what was the secret of strength and invincibility of Soviet soldiers and what could prevent them from victory. I believe that this is not enough to read archival documents, memoirs of generals and historical works to write about the war. They have to get used to the war.

I have managed to reveal the real role of Kazakhstan infantry divisions and brigades of the 1st wave of the recruitment and collect the best materials of Kazakhstan journalists and reporters of the Great Patriotic War.

Use of materials for publication, commercial use, or distribution requires written or oral permission from the Board of Editors or the author. Hyperlink to Qazaqstan tarihy portal is necessary. All rights reserved by the Law RK “On author’s rights and related rights”. To request authorization email to mail@e-history.kz or call to 8 (7172) 57 60 13 (in - 1163)
Қазақша Русский English
MOST READ
Month Year
Burial mounds of the southwestern part of the Semirechye region
Union of the Archives and Library
The referendum on the Constitution is a significant stage of democratization
Heroic mothers of the great steppe
Philosophy of the Emblem
14 monuments at Tekturmas
The rural akims: the country's hope is in the elections
Kazakh historical drama Tomiris premiered in Istanbul
Stolypin about the worries and hopes of immigrants to the Kazakh steppes
ALASH IDEA IS THE PROTECTION OF KAZAKH STATEHOOD
A tireless explorer of the Kazakh land
SWITCHING TO THE LATIN ALPHABET – UNITE ALL KAZAKH PEOPLE
Kunaev Dinmukhamed Akhmedovich
People who eat horses will kill you
Kazakhstan's participation in the Winter Olympics has a long history
Materials on theme
Fatima Gabitova. The muse of three great men
Independence in the eyes of foreigners
For the anniversary of Abylkhan Kasteev
"The Portal "History of Kazakhstan": the concept and experience of systematization of scientific and educational web content"