The results of the competition “Your Vote – Your Future” 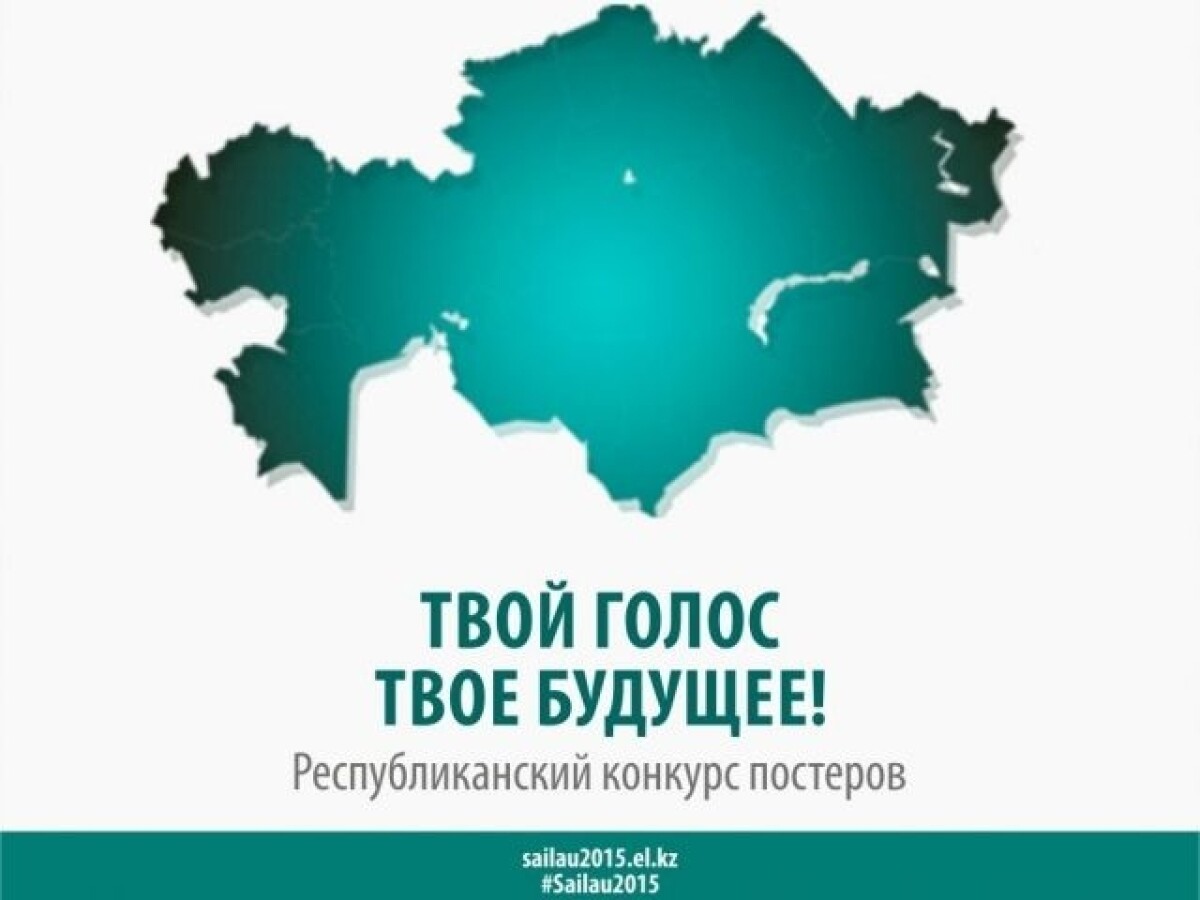 We remind that the poster competition "Your Vote — Your Future" was launched on 17 March 2015 in all regions of the Republic of Kazakhstan. Anyone could take part in the competition organised by the "Kalamger Azamat" Public Fund of Young Journalists with the participation of the Union of Kazakhstan Artists, Association of IT-companies with the informational support of "Kazkontent" JSC. Through the competition, the organisers wanted to encourage Kazakhstan citizens to come to the Presidential elections of 2015 and vote.

Most participants of the competition are young people at the age from 18 to 20. The youngest author who took part in the competition is 14-year-old girl Shugyla Makhambet. She lives in the city of Astana and studies at the Secondary School of the Kazakh National University of Arts.

In response to that call for posters, various authors sent in total 736 works. The competition works were received from all regions of the Republic of Kazakhstan, including small villages and big cities. Most posters were obtained from Almaty, Akmola and West-Kazakhstan regions. The number of the competition works sent from these regions exceeded the half of all received applications.

The reception of the competition works was finished on 15 April 2015. After this, the jury evaluated all received posters and selected the best works. The organisers held the award ceremony for the prize-winners in the city of Almaty on 20 April 2015.

Yerkebulan Kazykenov from Almaty became the winner of the Grand Prix (national voting). 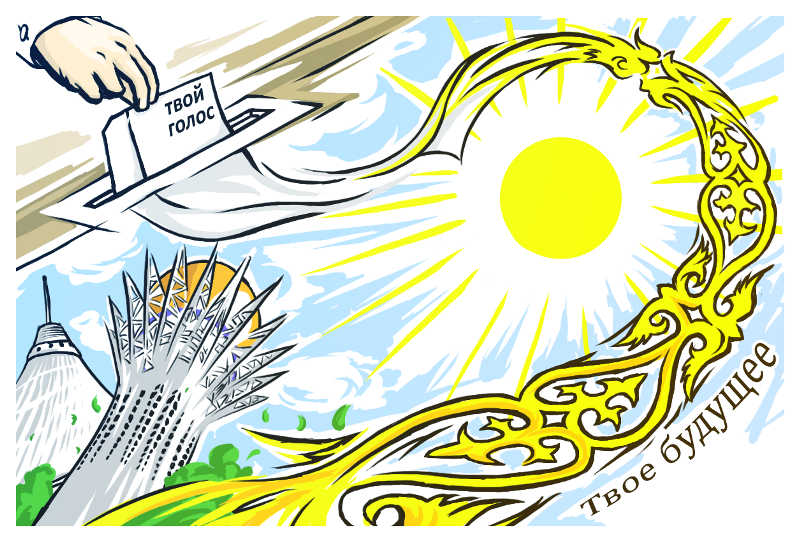 According to the Chairman of the Union of Kazakhstan Artists Baytursyn Umorbekov, the work of the winner accurately reflects the main idea of the competition — call for voting, if we take into consideration the characteristics of the poster, including brevity and clarity.

The winners in the category of "The Jury’s Choice": the winner of the first place is Aynur Bokina from Astana, Victoria Rezunova from Pavlodar wins the second place, and Sagidulla Akhtanov from Almaty gets the third prize.

The category of the "Kazka" Kazakhstan Entrepreneurial Association: Bekzat Makhambet from Astana wins the first prize, Mirzhan Mukhambetov from Uralsk takes the second place, and Renata Yevseeva from Taldykorgan wins the third prize.

For its part, web-portal e-history.kz heartily congratulates the winners on deserved rewards and wishes them good luck.