Home News Other The story of one photo. Umurtas Usinov and Bulat Kasimov

The story of one photo. Umurtas Usinov and Bulat Kasimov 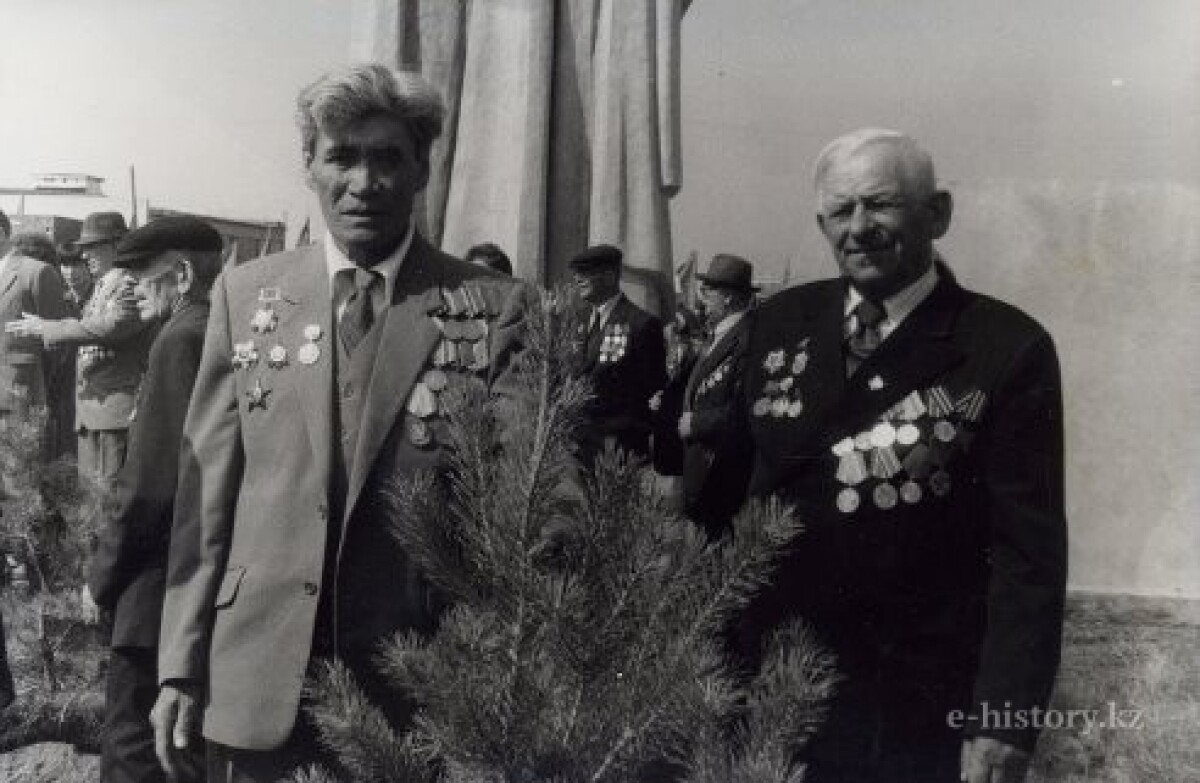 Every year on 9 May, I have an opportunity to express my deepest respect to all veterans of the Great Patriotic War, pay tribute to the memory of the heroes who passed away…

I’m sitting in an armchair in a very comfortable room. As is often, I’m turning over well-known pages of our photo album. The photos from my childhood with parents, other relatives and friends are favourite and the funniest. There is something to remember, something to laugh at, and sometimes to get sad...

There is a real treasure among other peaceful pictures full of happiness. That is the proud of our family — photos of my grandfathers, glorious warriors, very kind and modest people who defeated fascism in the Great Patriotic War. I’m proud of them. But at the same time, it hurts me and I am very sad.

22 June 1941... Centuries will pass but people will always remember this horrible date of the beginning of the most terrible war. It took lives of more than 20 million Soviet people. Thousands of cities were destroyed by the Fascists. Those 1418 days and nights of war remain pictured in people’s memory, historical documents and works of art.

The day of 9 May 1945 came then. It was the sunniest and happiest day of the Victory. This year marks the next anniversary — the 70th anniversary of the Victory. We used to present gifts during anniversaries. May the words of gratitude to the generation of winners become a gift from our young people of the 21st century. The military years are going father and father from our times. But the time can’t control our memory.

I was born in the happy and peaceful time. But I know much about the war. I know it not only from textbooks, history lessons and Internet, but from the stories of my relatives and older generation of my family also affected by that war.

My grandfathers Umurtas Usinov and Bulat Kasimov fought on the fronts of the Great Patriotic War. One of them died a heroic death and was buried in a mass grave. Another one passed away in 2005 when I was 6 years old. But their memory lives in our family. We, their grandchildren and great-grandchildren, remember the names of our ancestors and are proud of them. We want to tell others about them. 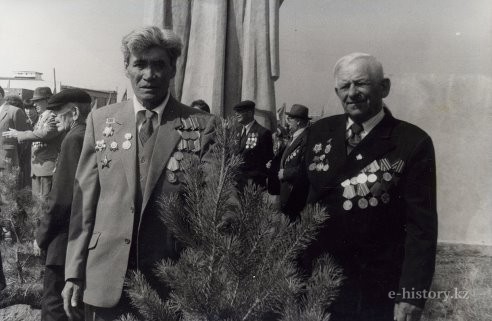 Umurtas Usinov (left) returned from the war at the rank of Major. He was born in the village of Sotsial, Oktyabr area, North-Kazakhstan region, in 1924. When the war started he was 16 years old. After graduation from school in 1942 he was sent to study at the Tashkent Infantry School. The young and handsome Second Lieutenant was commander of the First Rifle Company (1212 Rifle Regiment, 364 Division) from January to March 1945. He also fought for the Third Shock Army on the First Belarusian front being commander of the reinforced First Rifle Company. He went to the front in January 1945 but managed to make a feat. 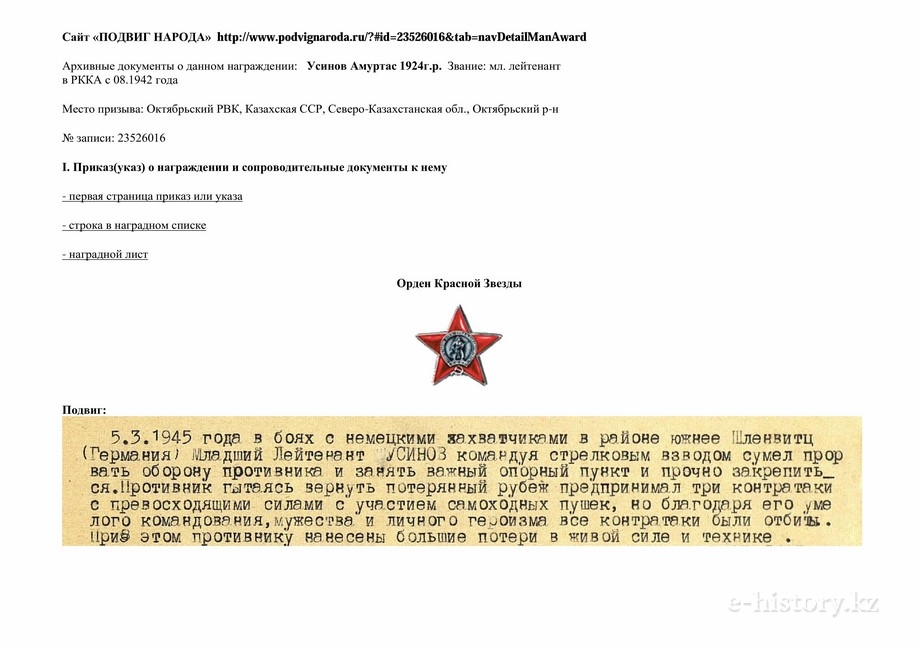 5 March 1945. Germany. A place to the south of Slenviz. Second Lieutenant Usinov was commander of a rifle platoon and managed to break the defence of the enemy, take important strategic position and firmly entrench there. Seeking for ways to take the lost position back, the enemy initiated three counterattacks with major forces and self-propelled guns. Through proper leadership, courage and heroism of the commander all counterattacks were repulsed. The enemy suffered heavy losses. For this feat my grandfather was awarded the Order of the Red Star.

Then he participated in liberation of Warsaw, crossing of the Oder river, stormed Reichstag in Germany with his company. He didn’t like to tell about his service but always wished that we never see a war.

I remember my granny told that after capitulation of Germany Marshal Zhukov signed the Order that every military unit should sow wheat to provide food to inhabitants of Berlin and our soldiers. Soviet soldiers and officers missed peaceful labour and were happy to sow. After having finished the job they set a plate "Sown by Lieutenant Usinov’s company". So, Soviet Army helped defeated Germany instead of taking revenge.

There is another fact. German women sent their children to Soviet soldiers with pots to ask some food. And the soldiers never say no. Only good people could act in this way.

Our great-grandmother often recalled the situation when she obtained a notification of death of her son Umurtas and a letter from him informing that he was alive almost simultaneously. Everybody in our big family knows this story.

There was a battle. German tanks attacked the Soviet infantry. One tank crossed the trench where my grandfather was. It was a miracle that he survived. When he reached the position of his military unit, the commander of the battalion asked him to write a letter to his relatives as the notification of his death had already been sent...

The day of 9 May was the happiest day for him and our family. He repeatedly told about this day in 1945. The capitulation was announced. The silence spread around. Then people started shooting the skies. They didn’t stop until the last cartridge. The Soviet troops walked on streets of Berlin. The parade was under the command of Marshal Zhukov. Usinov’s company of soldiers with big moustaches also participated in it. They didn’t shave off their moustaches until the day of Victory. Of course, after the parade all of them did this.

The fate of my second grandfather Bulat Kasimov is registered in the remembrance book. He was born in 1924 in the village of Sotsial, North-Kazakhstan region. Joined the Soviet Army on 23 August 1942. Gunner, 1250 Rifle Regiment, 376 Rifle Division. Was killed in a battle on 15 February 1944. Buried in Leningrad region, one km to the north-east from the village of Mozgirino in a mass grave. We know nothing else about him. 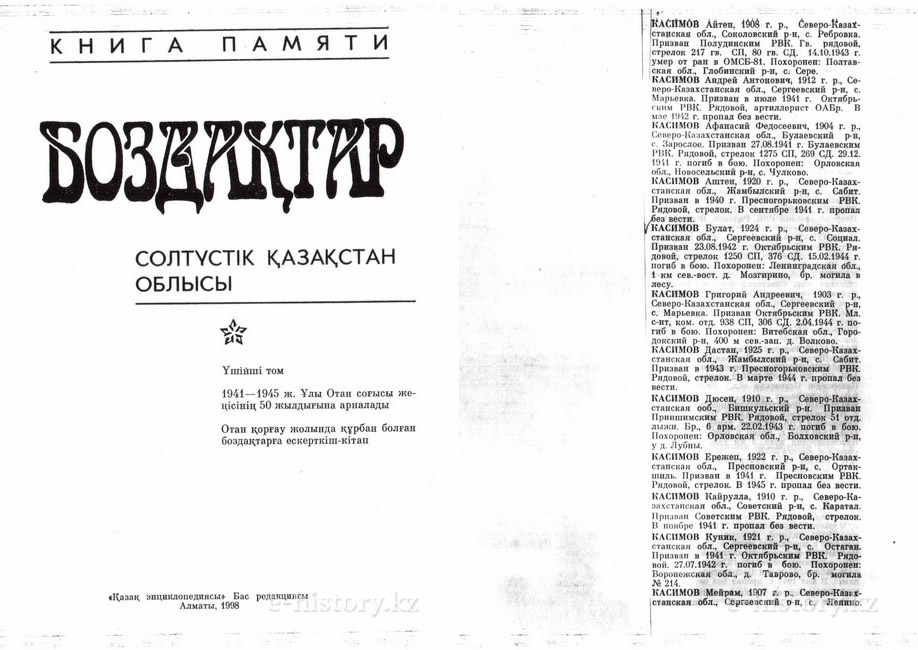 The time will pass; I and my little brother will visit this grave to pay tribute to the memory of the heroes who didn’t return home. We are young generation and we need this to remember those moral guiding lines, which define the meaning of the life, and our duty not to forget the price of the peace in any circumstances. 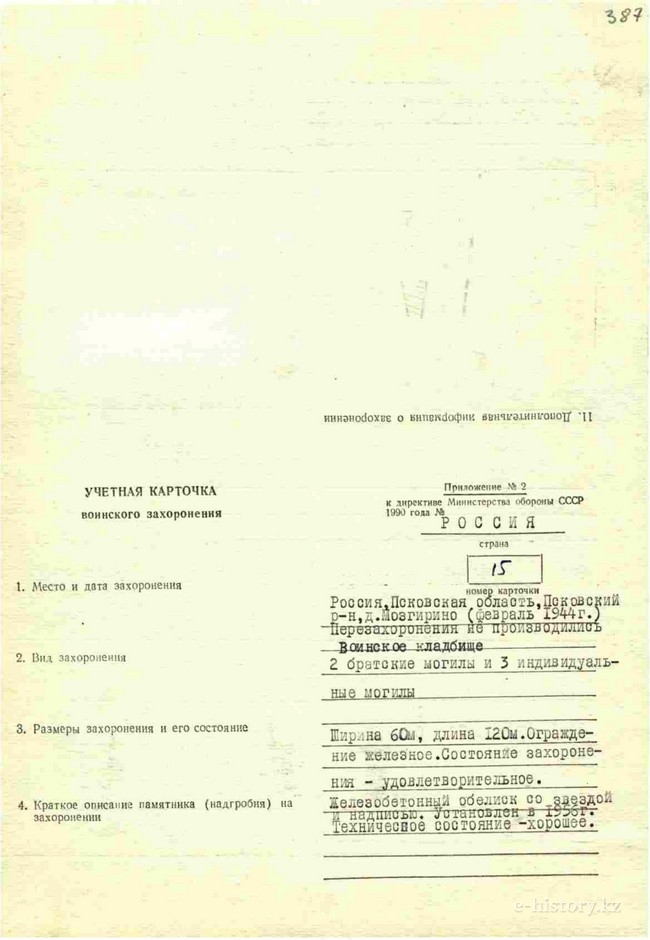 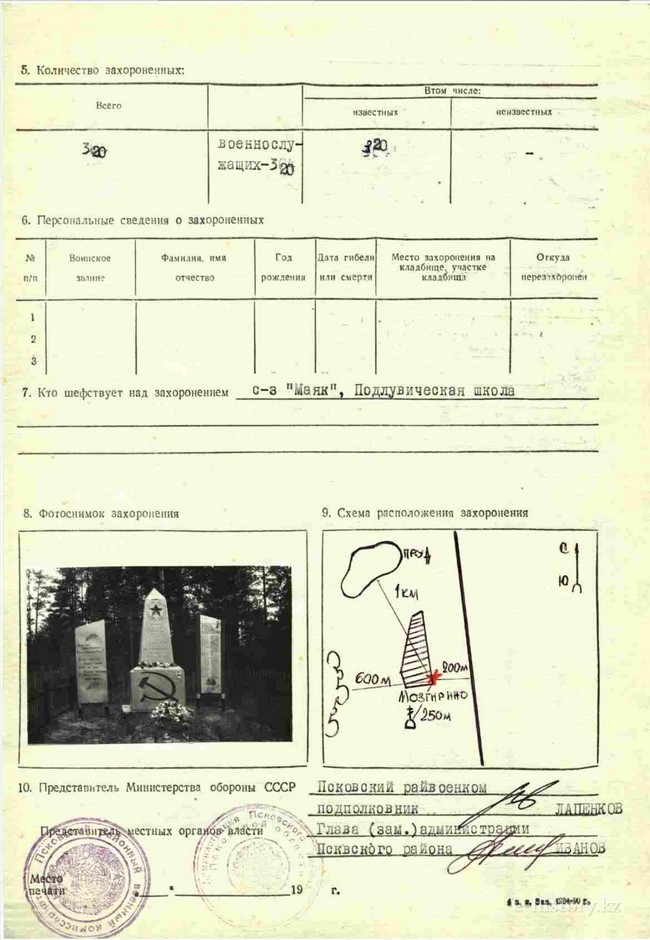 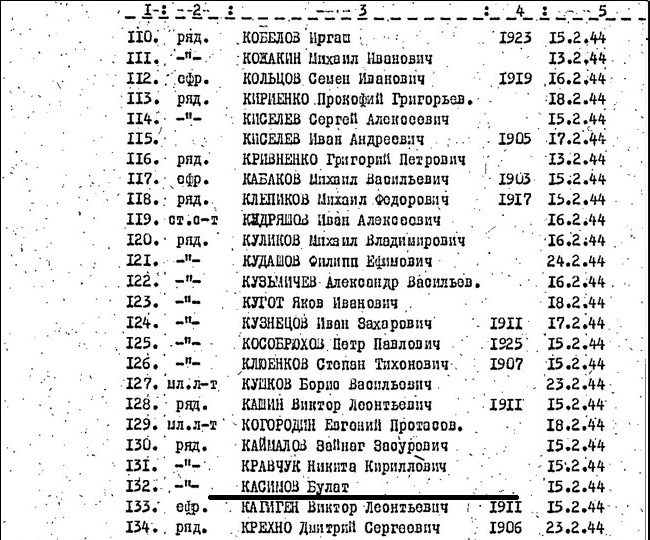 I believe that the Day of the Victory is my holiday because my grandfathers struggled for it. That’s why every year this date is an opportunity for me to express my deepest respect to all veterans of the Great Patriotic War, pay tribute to the memory of the heroes who passed away. Thank you, our grandfathers, for the Victory! We don’t know troubles and war; only the Victory lives in our hearts. And our duty is to remember its price.

I’m closing the family album. I know that I will open it again and again. When the time comes, I will show it to my children and they will know and remember it as well.