Home News Other The story of one photo. Kurmash Imambaev 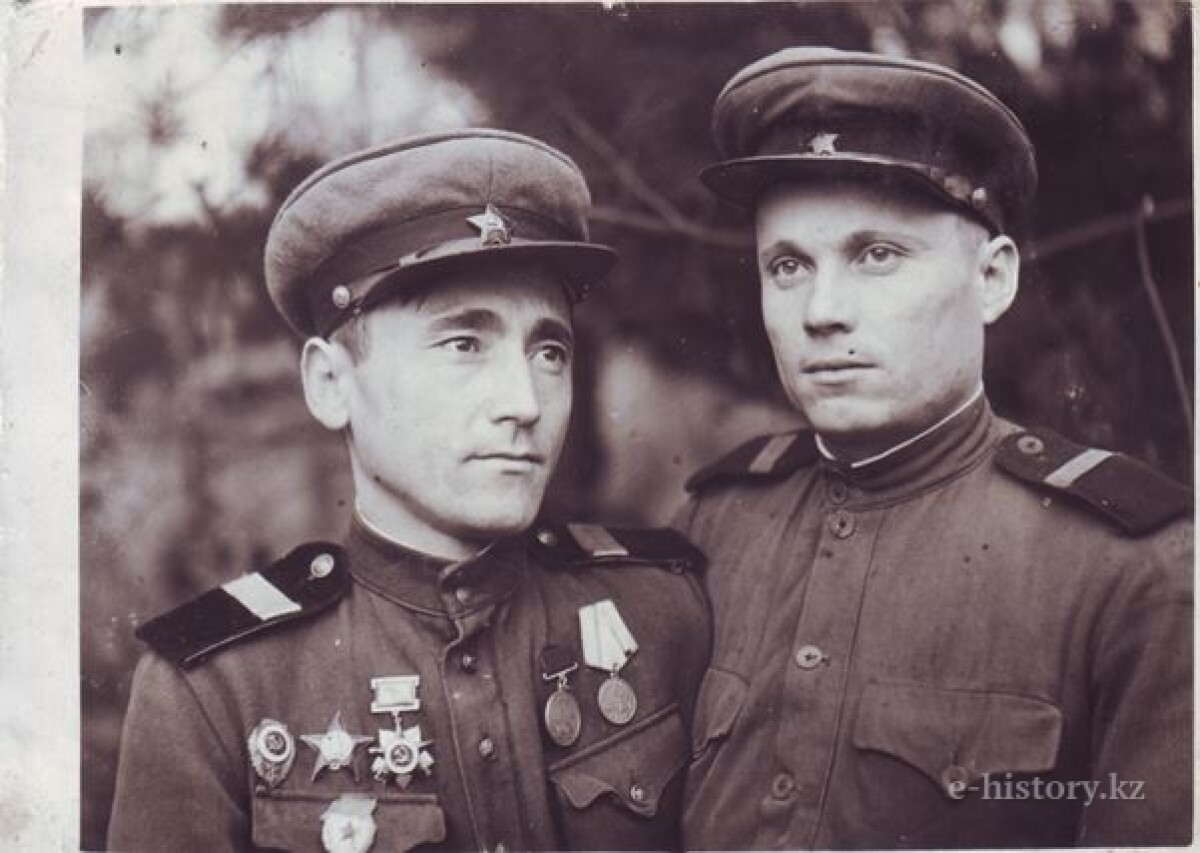 Kurmash Imambaev was among those Kazakhstan people who fought on the fronts of the Great Patriotic War. 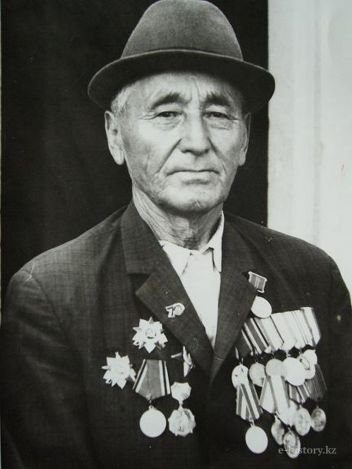 Kurmash Imambaev was among those Kazakhstan people who fought on the fronts of the Great Patriotic War. He was born in October 1917. From childhood he became an orphan. Kurmash Imambaev graduated from the Semipalatinsk Pedagogical College. In 1939 he was conscripted into the Red Army. Serving in Ukraine he became a member of the Communist Party. In 1940 the young man participated in the military campaign aimed to liberate Bessarabia from Romanian boyars. Doing his military service Kurmash Imambaev proved to be the excellent student of the political and combat training program. During the Great Patriotic War he was Commander of Platoon, Pontoon Battalion, Corps of Engineers, and Secretary of the Battalion Party Organisation.

Fighting on the fronts of the war he participated in the crossings of the Dnieper, Dniester, Desna, Southern Buh, Don, Volga and other rivers. Sergeant Imambaev on the First and Second Ukrainian Fronts, the Third Belarusian Front. The Great Victory met him in the city of Koenigsberg. He also reached Berlin. 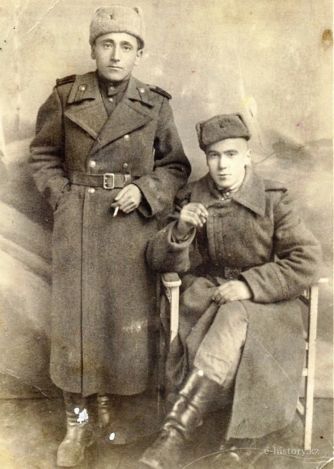 My father overcame most difficulties of the military life with his comrade-in-arms Grigoriy Ostashev from Belarus with whom he was in touch for years. My father’s photos of the war years are like a symbol of friendship and respect for us. They are the tribute to the memory of those terrible years that we paid for the long-awaited Victory in May 1945.

At the war he met his countryman — the Hero of the Soviet Union Ivan Toporkov. It was October 1943. The armies of the Third Ukrainian Front under the command of R. Malinovskiy were on the active offensive and went to the Dnieper one by one. These reports spread across the country. New victories filled hearts of the Soviet soldiers with joy and proud.

Crossing of the Dnieper, 1943 (Kurmash Imambaev is in the first row, from left)

The 12th Army also came to the Dnieper. The soldiers started preparation to the crossing of the river. The Second Guardian Separate Motorized Pontoon Battalion, in which my father served, set up the camp near the city of Zaporozhye. At dusk the soldiers came to the river: they wanted to take the water. Some took the water in helmets, some filled their field caps, and others just laid down to the sand and drink. The mood of the soldiers was upbeat as they were on offensive. 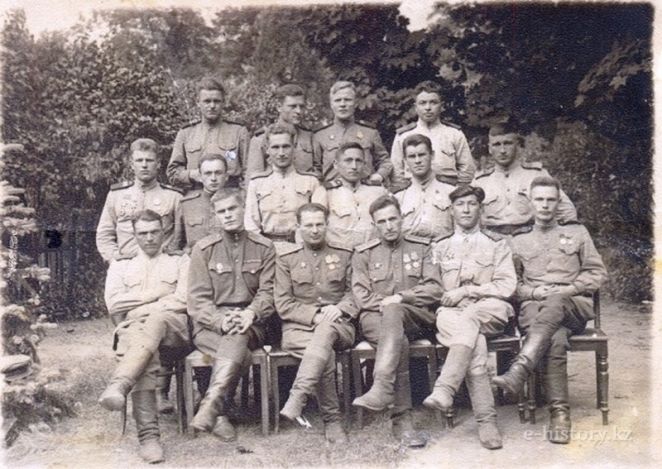 In the night to October 23th 1943, under the cover of night, the automatic riflemen hopped on ferries and started crossing the river. Their mission was to get into position on the opposite bank and give an opportunity to their army to cross the river as well. After the operation the soldiers of the battalion were sitting at the campfire and remembered episodes from their last battle and talked about their homes. Suddenly, an unknown soldier appeared from the darkness and asked permission to join others.

They got to talking:

"Winters are cold in our region", — he noted raising the hand to the fire. "Where are you from?" — Kurmash asked him.

"There is a village of Chernovaya... It is located in Kazakhstan".

"I’m glad to see you, my countryman!" — my father cried. The soldiers hugged each other. Since that moment they became friends and their friendship lasted until the death of Ivan Toporkov.

Ivan Toporkov was born in 1916 in the village of Chernovaya, Katon-Karagai area, East-Kazakhstan region. Before the Great Patriotic War he worked for the agricultural workmen’s cooperative association named after Pakhomov. From July 1942 he participated in battles against the Nazi invaders as the member of the Second Guardian Separate Motorized Pontoon Battalion, 12th Amy, 3rd Ukrainian Front. For his courage, bravery and sacrifice in the crossing of the Dnieper Sergeant Toporkov was recognized as the Hero of the Soviet Union by the Order of the Presidium of the Supreme Council of the Soviet Union of 22 February 1944.

Years pass. My father has gone away but he will stay in our memory forever. There is a street in the village of Belkaragai named after him. The memorial plaque is set on a house. However, the most important for us, his children, grandchildren and great-grandchildren, is that he is an example of kindness, courage, modesty, respect and great wisdom. 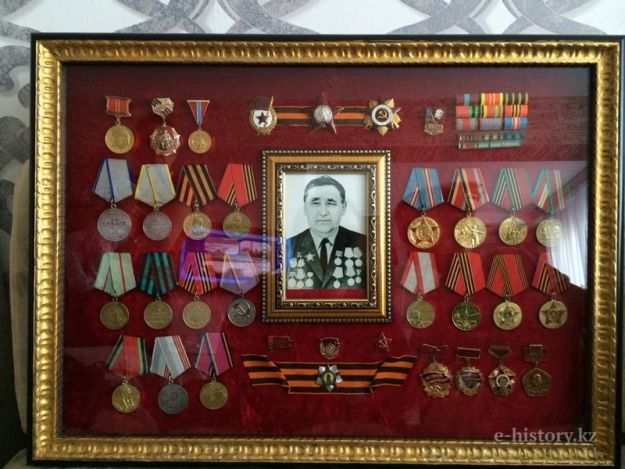