Home News Archaeologists discovered the mausoleum of Zhanibek 5 years ago

Archaeologists discovered the mausoleum of Zhanibek 5 years ago 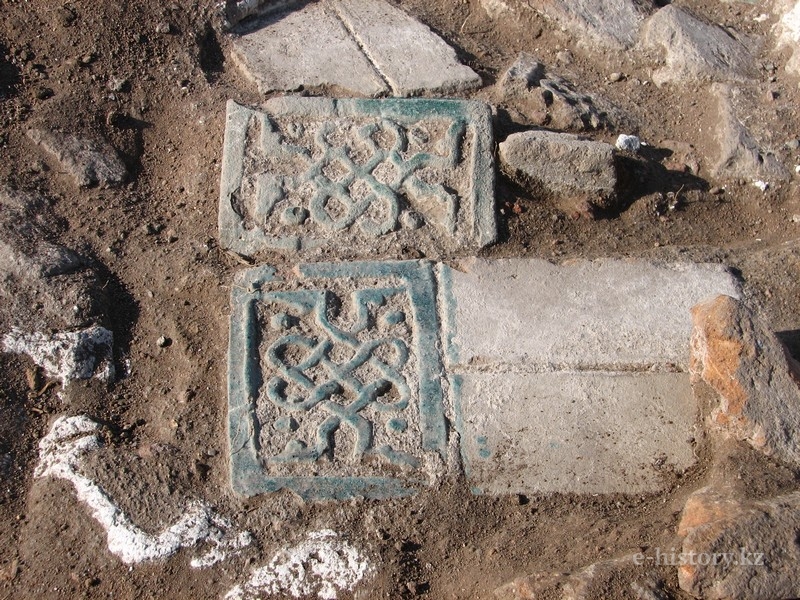 Director of the Akishev Research Institute of Archaeology Maral Khabdulina and expert on Genghis Khan Gizat Tabuldin adduce direct or circumstantial evidence of the burial place of one of the founders of the Kazakh Khanate Zhanibek Khan.

More than 500 years ago the mausoleum was erected on the Nura River. Over 50 000 bricks were produced to do this. That was an impressive building on the top of the hill. It could be seen even from far away from here. Undoubtedly, the beautiful building with blue domes and turquoise walls was constructed in honour of a prominent historical figure.

In 2010 archaeologists of the L. N. Gumilyov Eurasian National University and architects from Astana examined the ruined mausoleum which dated back to the 14th — 15th centuries. The mausoleum was founded on the southern bank of the Zhanibek-Shalkar Lake. The place was the most suitable for the construction of such object. It is situated on the top of the high hill from where the opposite bank is visible. Mausoleum could be seen from far away and dominated the surrounding space. The village of Korgalzhyn is located 9 km to the east of the place. 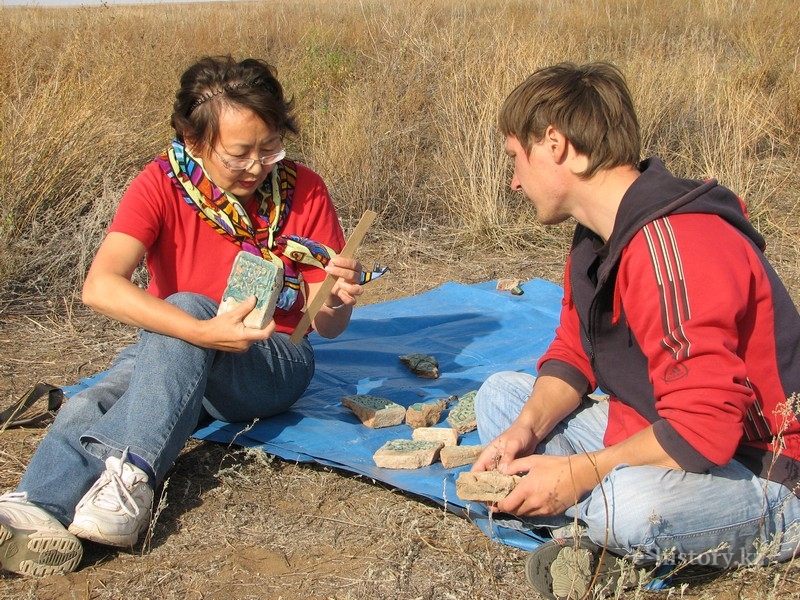 The mausoleum ruins were discovered accidentally by hunters who paid attention to mud bricks and covered with carved pattern and green glaze. To date, the place has preserved only a small hill with a diameter of 16 m and a height of 0.5 m. The hill is covered with bricks, rectangular tiles decorated with plant and geometric patterns. 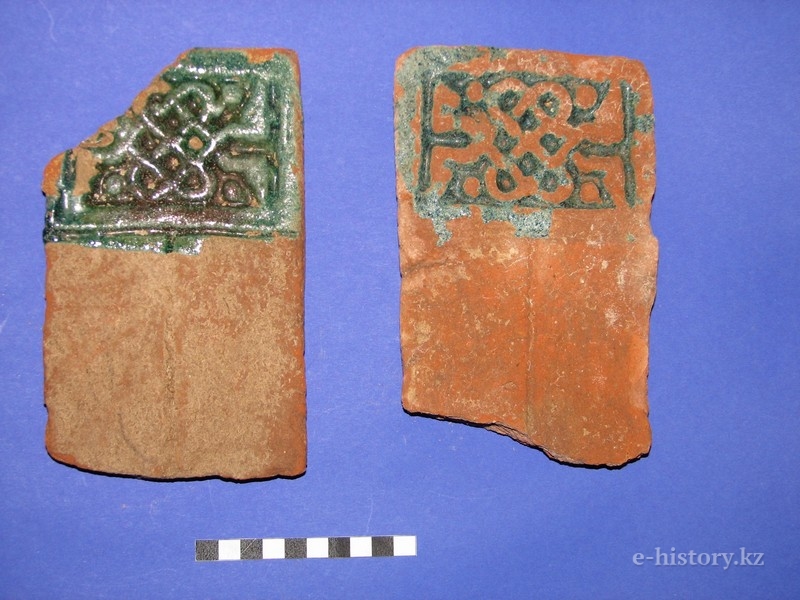 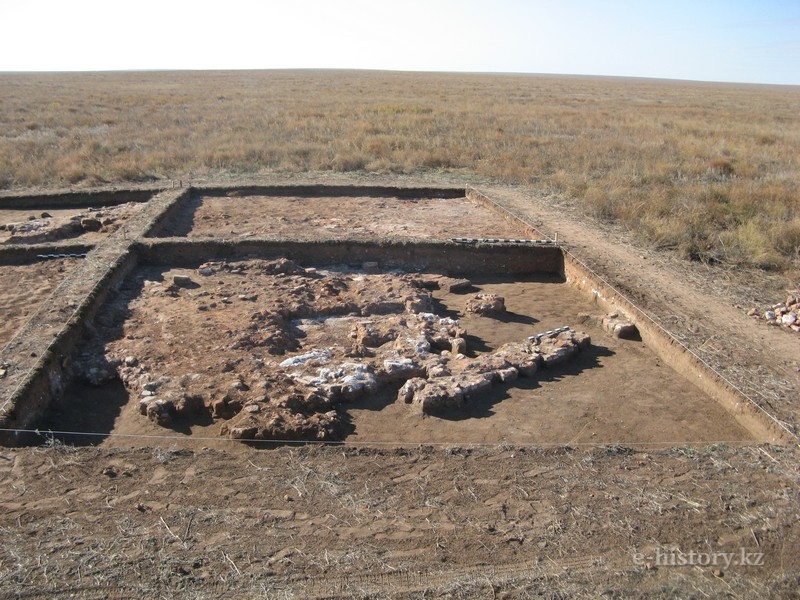 General view of the excavation of the mausoleum

During the excavation archaeologists discovered the contours of five graves. Four of them are located outside the walls of the mausoleum. And one grave is inside the building. 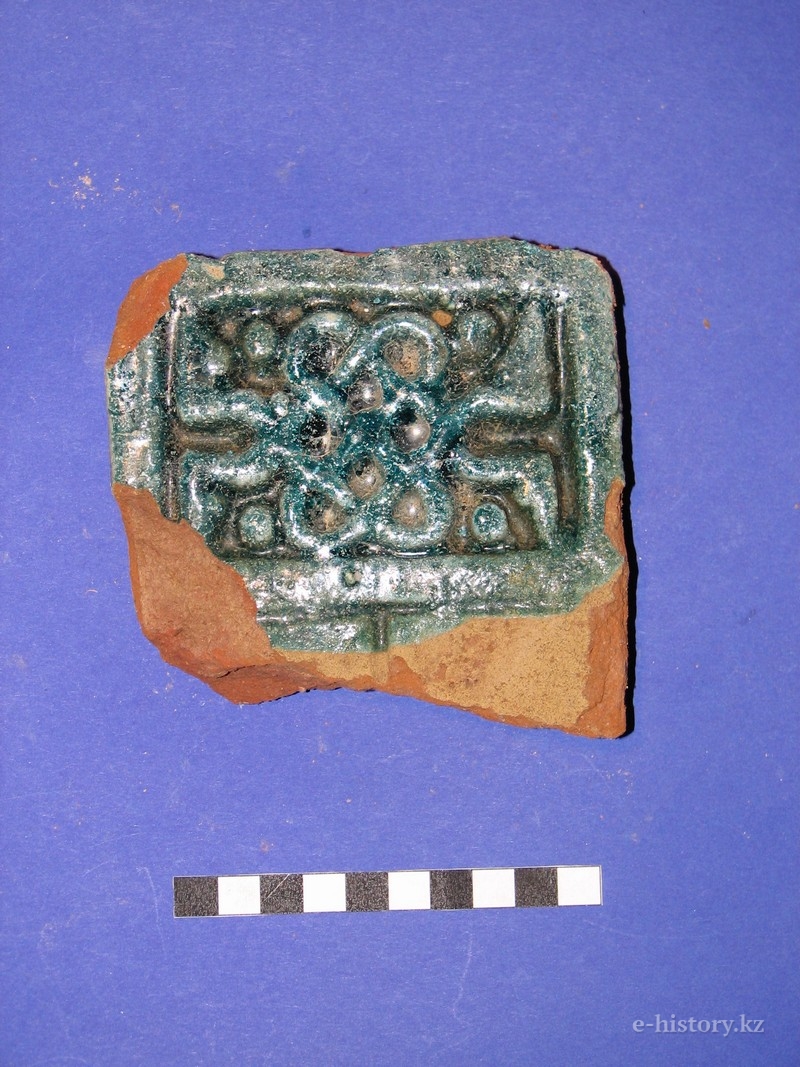 Who was the person in whose honour the mausoleum was constructed? And why was it erected in the centre of the Kazakh Steppe? Toponymy of the region can give a prompt. Kazakhstan is one of few Central Asian countries which territory still preserves historical names of lakes, rivers and mountains, related to names of famous figures. The mausoleum is located on the bank of Zhanibek-Shalkar Lake, which name is related to the name of a person who played a significant role in the history of Kazakhstan.

Another evidence is polychrome décor of the mausoleum which was spread in the 15th century. One ornament looking like a six-pointed star attracts much attention as this symbol was used in Muslim art and found on banners of Kazakh khans.

Researchers believe that the mausoleum was erected in honour of one of the founders of Kazakh Khanate Zhanibek. The location of the building indicates the territory of nomadic camps, native land and place of headquarters of sultans Kerey and Zhanibek who established the Kazakh Khanate in the 15th century. There are confirmations of it in written sources.

Excavation of the mausoleum has a special scientific meaning for the history and culture of Kazakhstan. This unique religious building is an evidence of the fact that the capital of the Republic of Kazakhstan is situated in the centre of Kazakh territory, in the place where origins of the Kazakh statehood were shaped.

Unfortunately, there were no any reconstruction works on the place of the grave within 5 years. The lack of financing is the main problem. Scientists consider that fragments of walls and the size of the floor will allow the detailed reconstruction of the mausoleum.