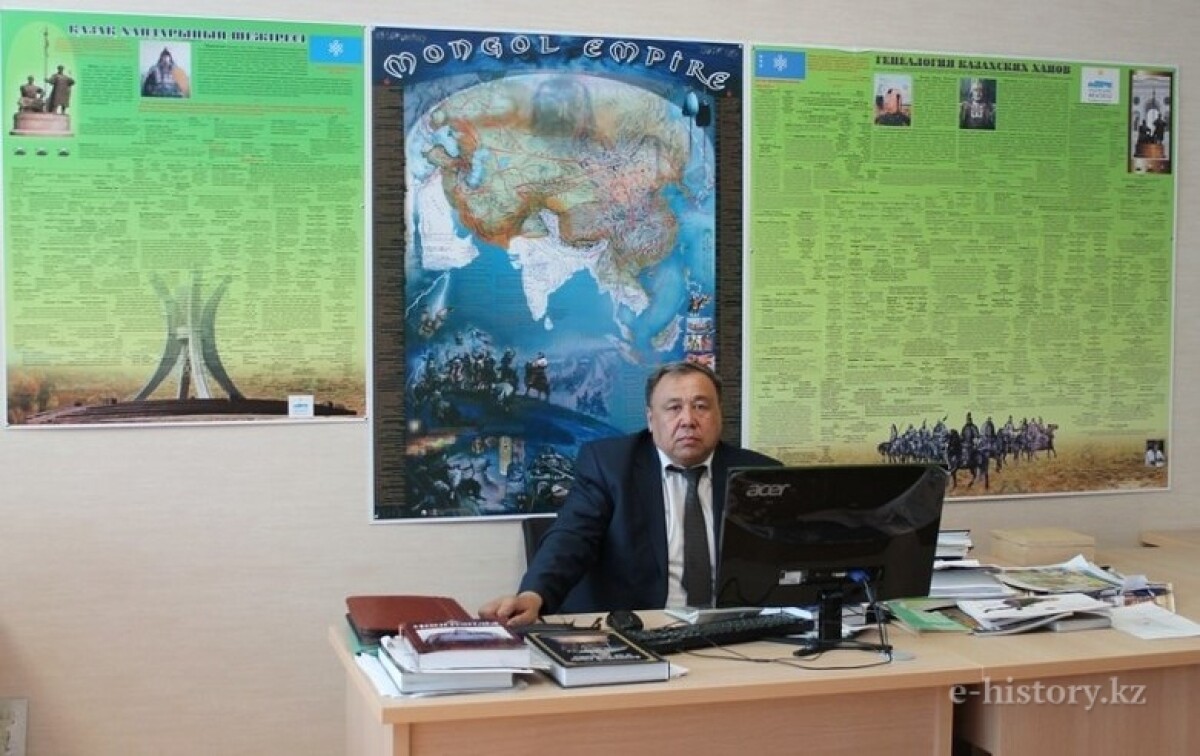 Anatoliy Olovintsov told us that five years ago he finished his work on the development of the Genghis Khan’s genealogical scheme. This work was started together with Gizat Tabuldin but today Olovintsov is focused on ethnic background of the great Genghis Khan. He is the author of the book entitled "Turks or Mongols? The Era of Genghis Khan". His work attracted attention of many prominent historians both in Kazakhstan and abroad. In this book Olovintsov revised and rethought the ethnic history of the Mongol Empire based on linguistic data and medieval artefacts.

Gizat Tabuldin not only continues the research in the sphere of Chingizids’ genealogy but also has significantly expanded and worked it out in details. He has established practical ties with scholars from Russia, the US, France, Hungary and many other countries. According to the researcher, he has obtained a great deal of information from Russian scientist Mansyrev, who is a descendant of Ondan sultan and has a blood relationship with Tevkelev’s offspring. The work has also received a response from descendants of Kuchum Khan who wave the surname of Sibirskiys. They live in Moscow and hold Russian princely title. 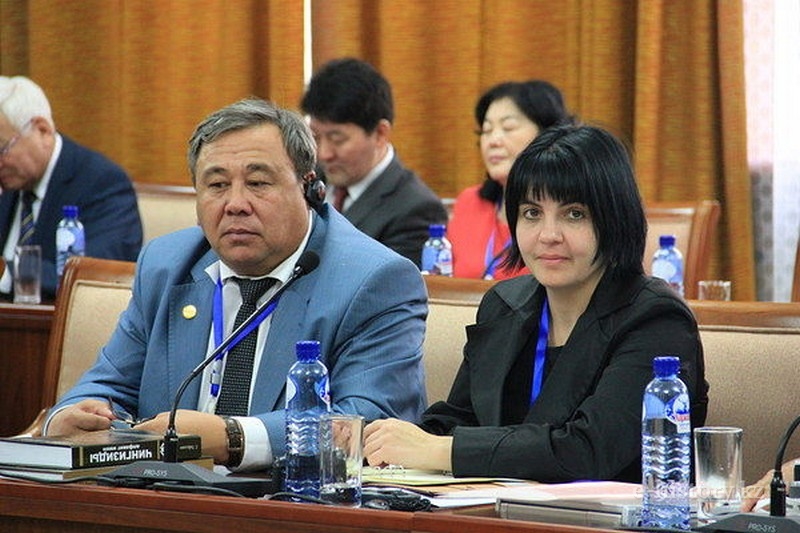 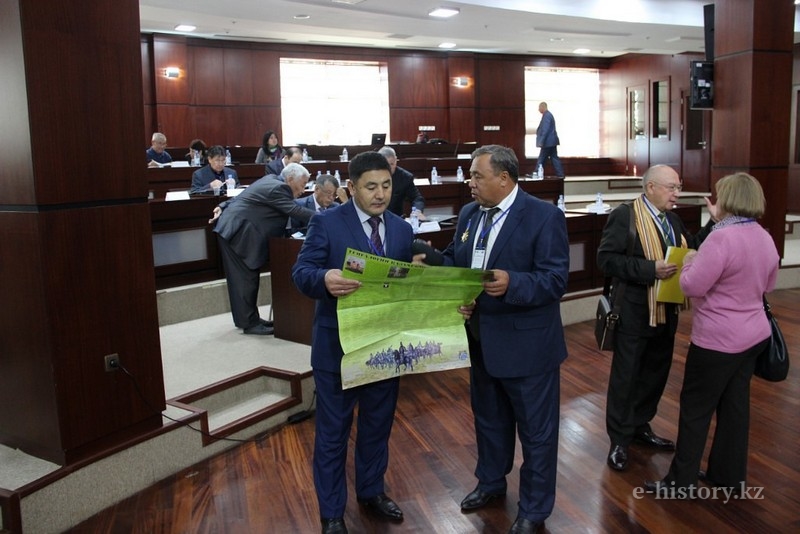 Gizat Tabuldin was a student of Professor Yu. Novozhenov and is proud of it. He graduated from the Biological and Geographical Faculty of the Sverdlovs State Pedagogical Institute. Today Gizat Tabuldin works as Research Fellow of the National Museum of the Republic of Kazakhstan, author of several monographs and expert of Genghis Khan. Acquaintance with Anatoliy Olovintsov resulted in a detailed study of this topic.

— I am grateful to Anatoliy Olovintsov for his invitation to this project, — Gizat Tabuldin says. — He was the first who became engaged in researching this topic and I did the same in Ekaterinburg. So, independently we studied genealogy of Chingizids. Olovintsov has the encyclopaedic knowledge. Being an amateur he has made so much. When we started working together many believed that the research was conducted by a research institute.

To make sure that the work was done by only two persons, Director of the Department of Asian History and Culture of the Smithsonian Institution in Washington, Paul Taylor arrived in Kazakhstan.

— He organised a meeting with us, — Gizat Tabuldin recalls, — the American researcher was interested in the origins of shaping of Genghis Khan’s personality. Together with Anatoliy Olovintsov we were repeatedly invited to the American Embassy to discuss our work. 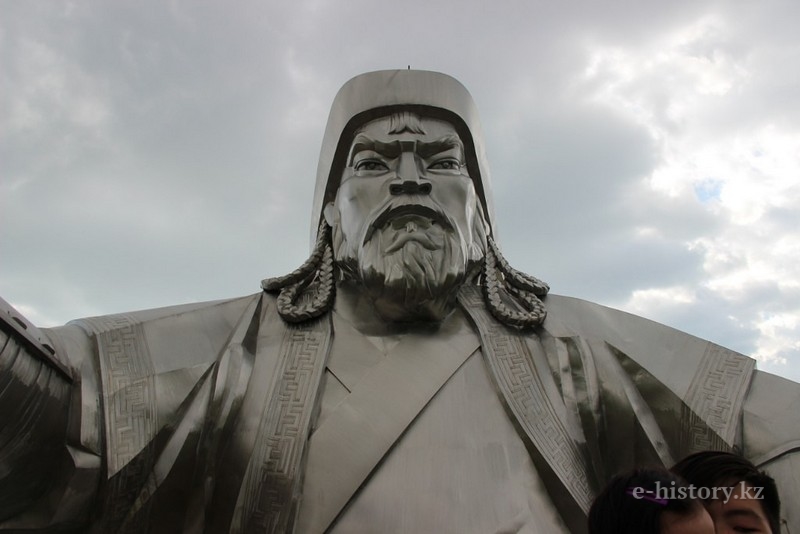 Gizat Tabuldin believes that Genghis Khan established the Great Turkic-Mongolian Empire during a civil war. Genghis Khan’s revolution involved the whole society. At that time, the practice of tribal units disappeared. Since that period, regiments swore its allegiance to their commanders. Commanders were elected and appointed from the best and faithful warriors. Their devotion to Khan and his policy was the most important criterion.

In 1205, the execution of Dzhamukha finished the civil war. It took the Mongols one year to prepare for the great kurultay (congress). Coronation of Genghis Khan took place in 1206. Six of twelve tribal associations went to the territory of Deshti-Kipchak. The remaining tribes of the Kiyats, Birzhagits, Derbets, part of the Naymans and Kereys shaped a new ethnic group — the Mongols.

The ruling dynasty spread across Eurasia. It is unique as the territory of Kazakhstan has preserved a great number of its descendants — sultans, tore, Chingizids. The list includes architect and academician Shota Valikhanov, poet Bakhytzhan Kanapyanov, doctor of philosophical sciences Shaken Ibrayev, and to name but a few. They are different people, including bureaucracy, ordinary workers, Heroes of the Soviet Union. Working on the genealogy of Chingizids during 15 years Gizat Tabuldin and Anatoliy Olovintsov have revealed many similar examples.

Thus, studying the genealogy of Chingizids the researchers managed to reconstruct 800 years of history of the Eurasian continent. On November 15, 2013 Gizat Tabuldin presented his project called "The global Genealogy of Chingizids" at the Sorbonne. Before the Seminar on Central Asia and Kazakhstan, the genealogical schemes were verified at the Academy of Sciences in Russia and Kazakhstan. The schemes were also presented at the Global Congress of Experts on the Mongols. 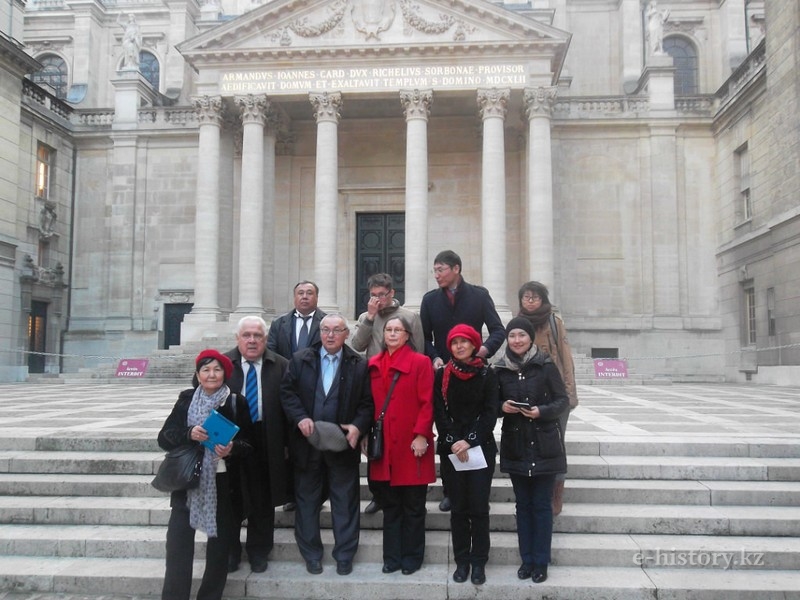 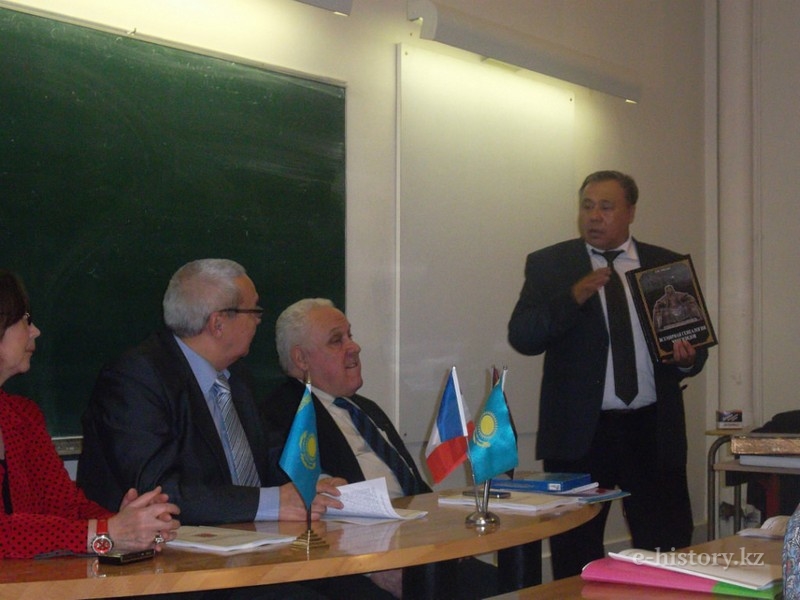 Over the last 15 years, the researchers prepared 18 version of the genealogical scheme. The reason is the material is always expanding and the scientists are reveling new names and facts. To date, the book and genealogical table is the most detailed historical research. It is unique in its scope and comment. It could be interesting both for professional historians and amateurs.

— This year we celebrate the great date — the 550th anniversary of the Kazakh khanate. Still the history of Kazakhstan is not integral. The time passes and the human society will remain not studied clearly. But this is good because people will search the truth. I’d like to wish our young generation of historians to be critical in their researches ask more questions and address them to experts — Gizat Tabuldin said.