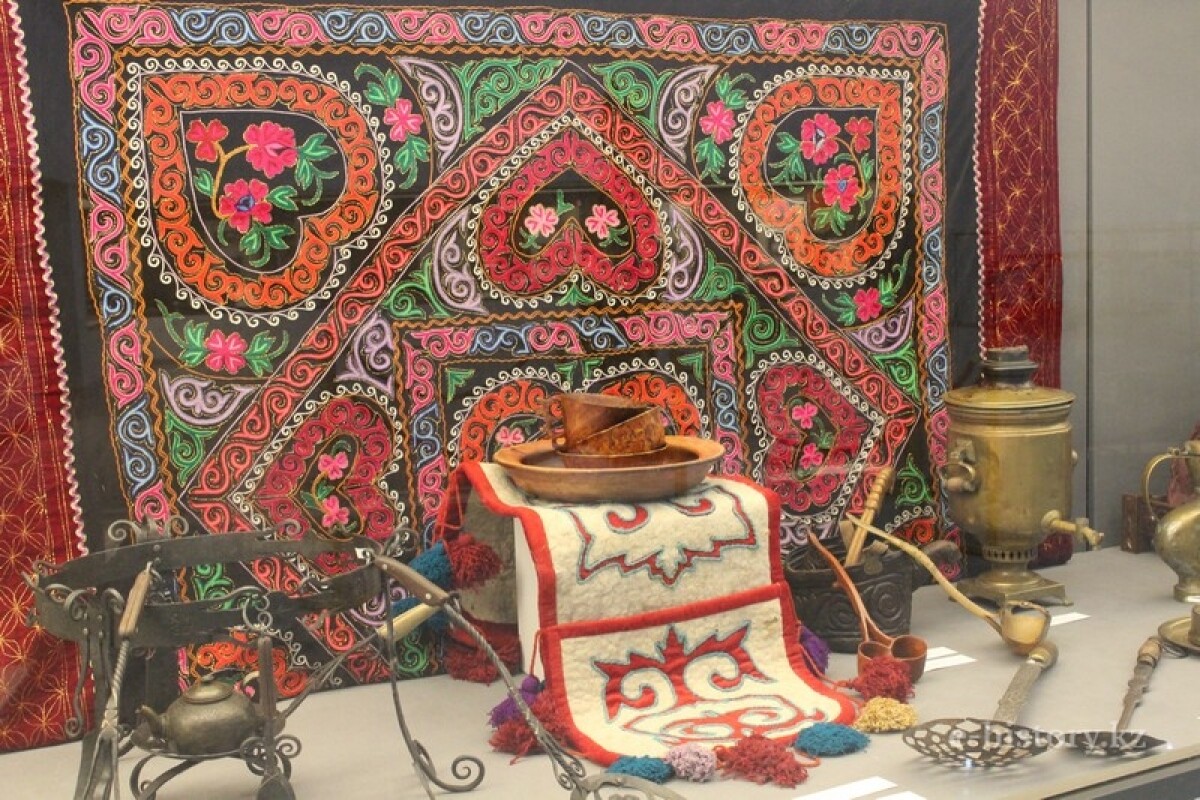 Our journalists have visited the exhibition of the National Museum of the Republic of Kazakhstan "Saryarka: Gold Cradle of the Steppe Civilisation"

The large-scale exhibition "Saryarka: Gold Cradle of the Steppe Civilisation" symbolises the opening of the project "Kazakhstan trough the History of Centuries" which is implemented within the frameworks of the State Programme "The Cultural Heritage".

There are more than fourteen museums in Karaganda region. The Museum of Regional History is one of the biggest there. 617 exhibits were brought to Astana from Karaganda. The exposition presents reconstruction of holiday clothes of the Scythian warrior discovered in the burial ground Taldy-2 dating from the 7th — 6th centuries B.C. (the village named after K. Amanzholov, Karkaraly district, Karaganda region), ethnographic collection, including household objects, harness, musical instruments and silver jewellery. The exposition also tells about the famous trade centre — Koyandy Fair which was established in 1848 in the western part of Karaganda region at the foot of the Karkaraly Mountains. Museums have preserved woven towels, oil mills, instruments for chopping cabbage, cast-iron coppers and smoothing irons, samovars, and to name but a few.

The village of Karkaralinskoe was founded in summer 1824. 42 years later it was recognised as the city. 50 km away from the city in the place called Koyandy where the steppe Taldy River flows into Karasor Lake merchant Varnava Botov established a fair for selling livestock. Rumours of the fair were widespread throughout the steppe. Every year in the late May a great number of people came there. Some of them wished to sell, some wanted to change, some — to buy and others — to watch goods. The trade turnover of the fair exceeded half a million roubles in the early 1860s. To compare, a sheep cost 2 roubles at that time.

Sale of cattle, sheep and goats brought up to 60% of turnover. Merchants and sales people sold fells, furs, plates and dishes, tea, sugar, iron and fabrics. Only 80 years later in 1928 the fair was closed. The following famous historic monuments are situated in Karaganda region: "Khan’s Quarters" of the 12th-15th centuries, Mausoleum of Alasha Khan, Bolgan Ana and many others. In the Middle Ages, the cities of Shotkara and Baskamyr were prosperous there. Photographs and models of these monuments of history and archaeology are also exhibited at the National Museum.

Certainly, the city of Karaganda is associated by Kazakhstan people with coal and metal mining. In the 1830s, coal deposits were found there. One century later intensive development of the coal industry began in this part of Kazakhstan. During the Soviet period, the fame of the Karaganda Coal Basin thundered in the whole Soviet Union. The history of the region and its heroes is depicted on the canvas brought to Astana and exhibited at the National Museum.