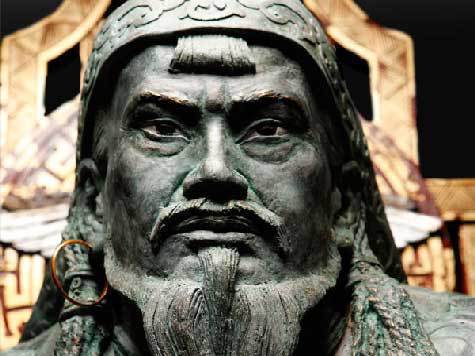 The story of this research began more than 15 years ago. Anatoliy Olovintsov is an engineer and has been always interested in studying the history. He revealed interesting and little-known facts, read a lot of books. He is an amateur historian, real researcher, author of 7 books and creator of the unique genealogical system of Genghis Khan’s descendants. 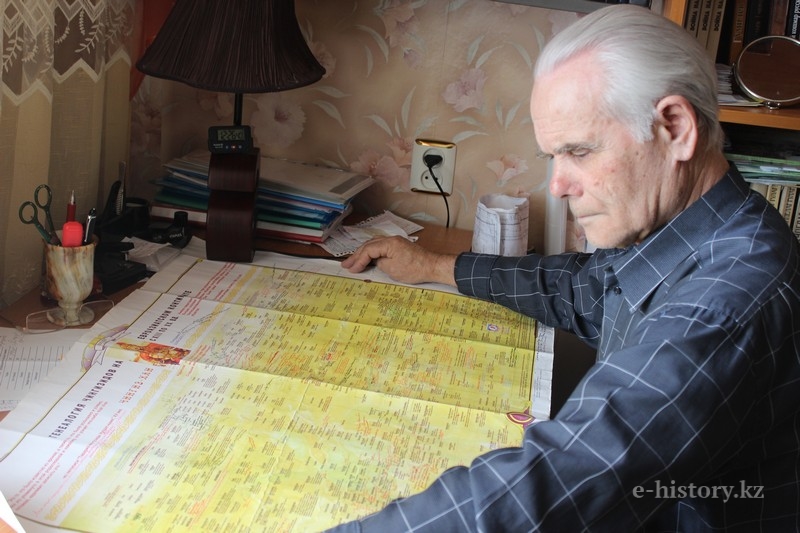 — I’m impressed by the result of your scientific work. I’m holding your latest book entitled "Turks or Mongols? The Era of Genghis Khan". How did you get interested in it?

— Textbook on the History of Kazakhstan for universities led me to the idea of creating the genealogical scheme. It is reprinted in new textbooks. The scheme should reflect genealogy of Kazakh rulers, but it is not so informative. It is just a list of names in a certain order of sequence. And the tables do not give any information on their period of rule and relationship to others. 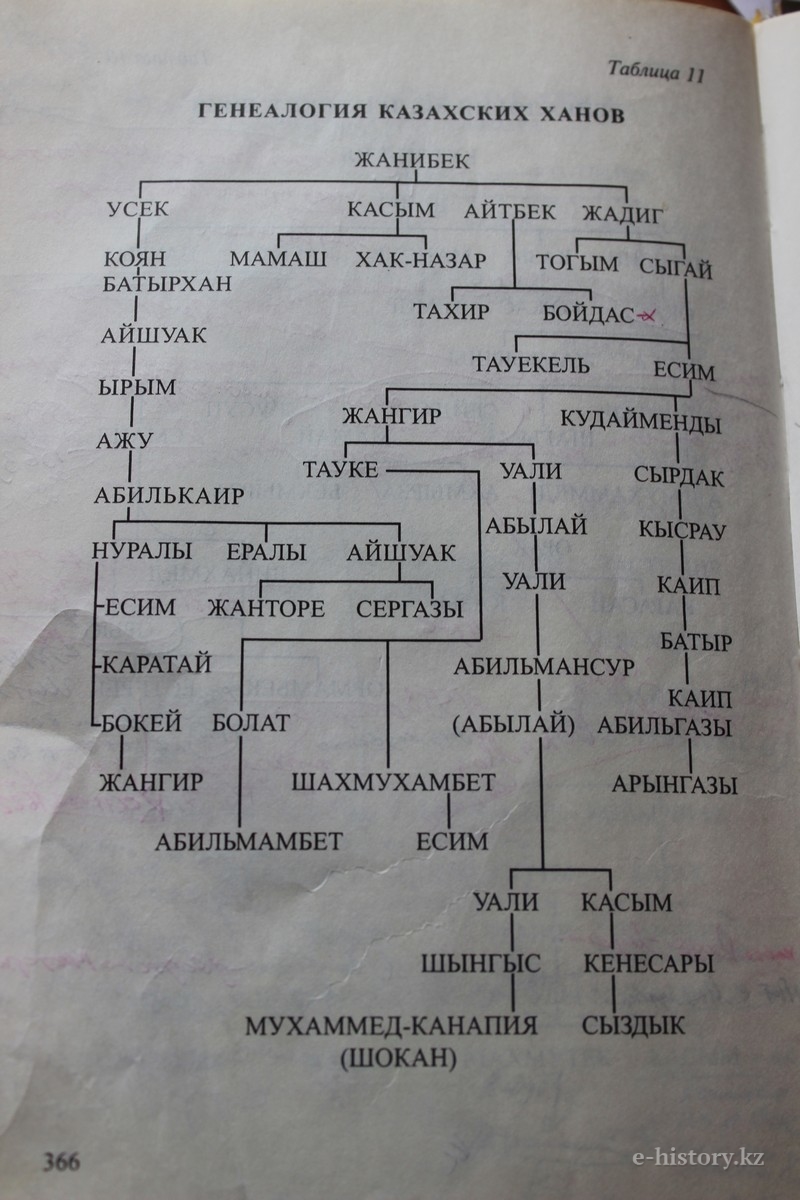 Genealogical table from textbooks on the history of Kazakhstan

Having analyzed this, I had come to a conclusion that the table should be revised and updated. I was focused on the book of Nursultan Nazarbayev entitled "People in the Stream of the History". I started creating the table on genealogy of Kazakh Khans on Eurasian continent and took Genghis Khan as a point of departure. It took me 15 years to complete the work. The history has preserved everything — names and facts — we need only to analyze them. 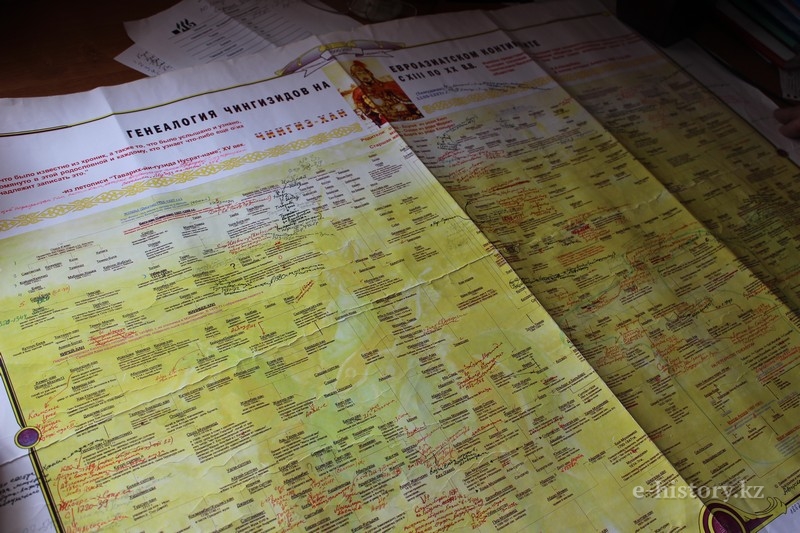 Here is the first table which was created eight years ago. I still continue updating it. This scheme was listed in the Book of Kazakhstan Records.

For the same genealogical table, Olovintsov was recognized as the academician of the World Academy of Genghis Khan. It is important that the same table demonstrates the genealogy of the founders of the Kazakh Khanate — Zhanibek and Kerey who are Genghis Khan’s descendants. Later the researcher introduced the separate table of genealogy of Kazakh rulers. 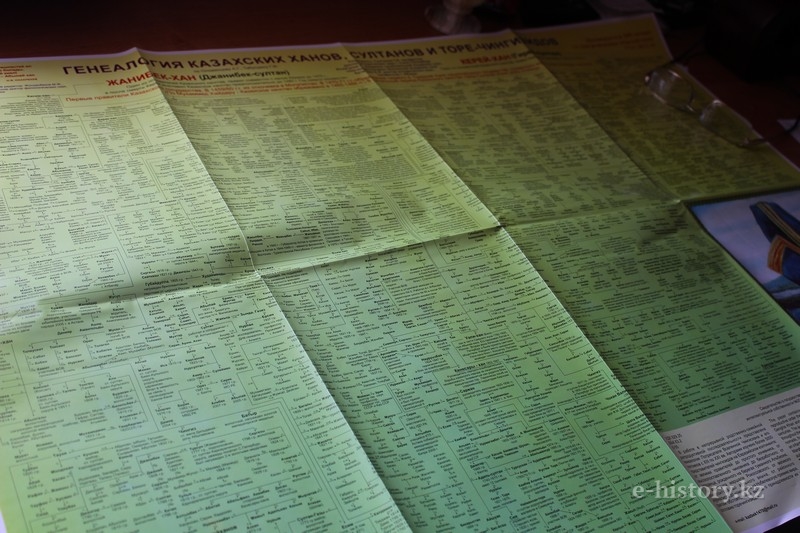 — What was the basis for you research work? Which resources did you use?

— We reviewed Arabic, Persian, West-European, Chinese, Mongolian, Russian and Kazakh resources. We worked in archives and libraries. Very often to find a name for the table we had to read dozens of books.

— How did you continue your work?

— I showed the result of my research to Akhmetov, the Head of the Department of History of Kazakhstan. He gave me the advice to go to Almaty to the Valikhanov Institute. Together with geographer Gizat Tabuldin we wrote the almanac entitled "Genghizids". The book became an annex to the table. There was additional information to each name, including years of life, occupation, main deeds, and so on. We found information about eighteen Genghis Khan’s sons, but only four of them made a stroke for the history.

Anatoliy Olovintsov believes that the term "Mongols" was political name rather than the name of ethnic group. Genghis Khan used this word to call those tribes united around him. In the book entitled "Turks or Mongols? The Era of Genghis Khan" he supplied evidence that Genghis Khan wasn’t Mongol. He was a man with red hair, grey eyes and a large beard. 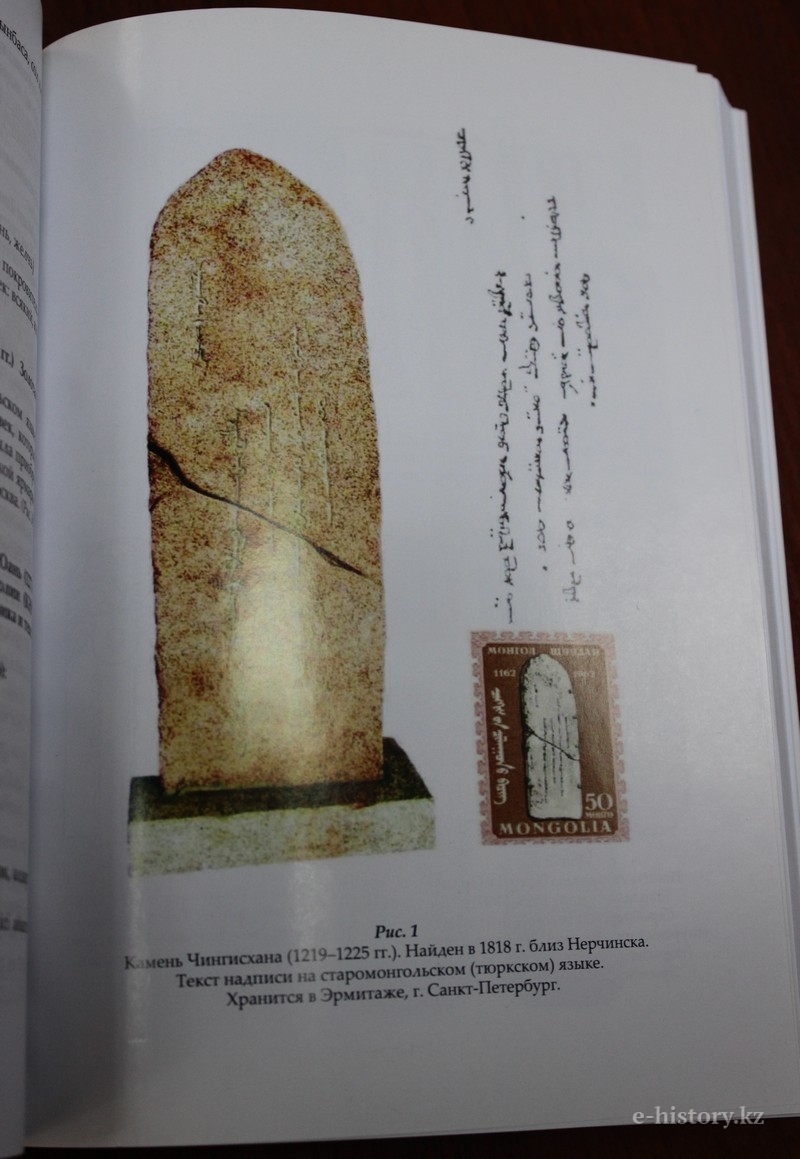 The stone of Genghis Khan was produced in 1225 when the great conqueror was alive. This stone was set on his native land in honor of victory over Khoresm Shah. The inscription was made in Turkic language.

The peoples of the Eurasian steppe spoke Turkic language as the territory between the Pacific Ocean and Black Sea was the Genghis Khan’s Empire. After the collapse of the empire, several states were established but people continued speaking their native Turkic language.

When the Manchu came to the territory of Mongolia people started using another written language. After a while the modern Mongolian language appeared. 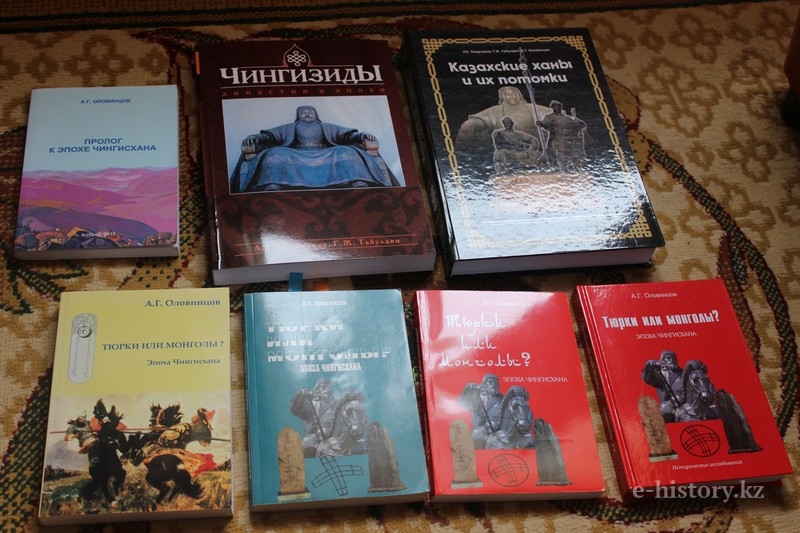 It’s not a secret that amateurs are not so welcomed in the scientific community. The work of Anatoliy Olovintsov attracts attention of historians but the topic is the delicate issue. However, it would be no exaggeration to conclude that Anatoliy Olovintsov made a significant work.