Home News Other The exhibition “Kazakh Khanate: Great Figures of the Great Steppe”

The exhibition “Kazakh Khanate: Great Figures of the Great Steppe” 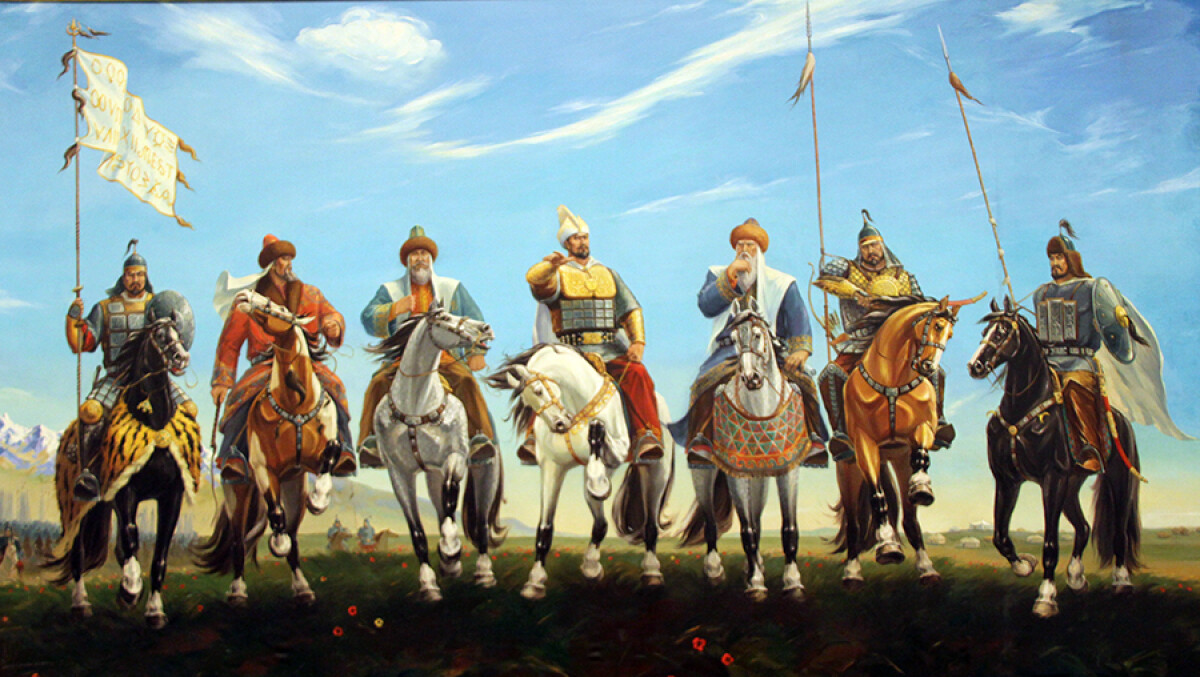 The opening ceremony of the exhibition “Kazakh Khanate: Great Figures of the Great Steppe” was held at the Museum of the First President of Kazakhstan on February 25, 2015.

For the first time, the museum exhibits several museum collections related to the history and cultural heritage of Kazakh society. The powerful images focus on the most significant events in the history of the Kazakh Khanate performing an important role in formation and strengthening of the Kazakh statehood.

Pictorial panorama of history of the Khanate will reconstitute works of the most famous Kazakh artists, sculptors, jewelers, reconstructor. 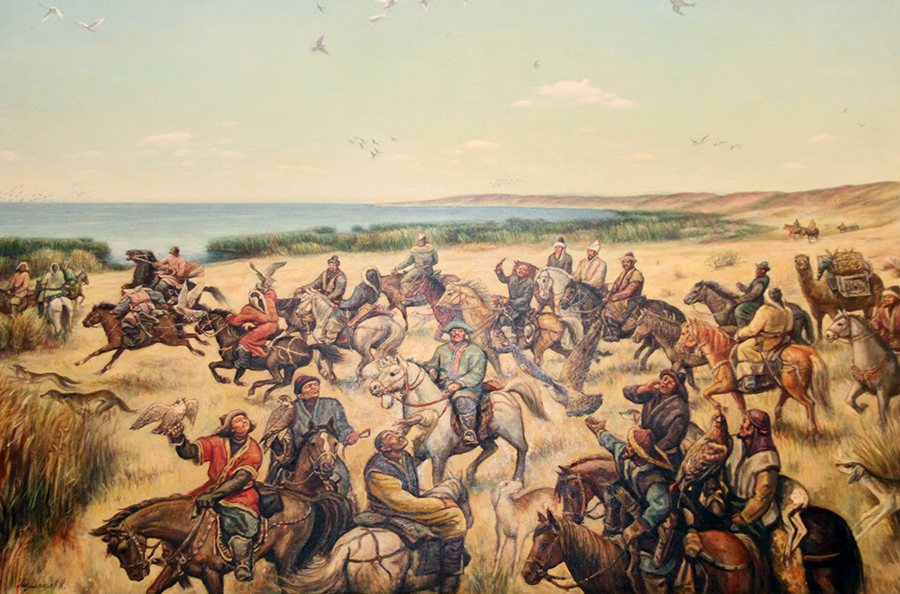 A special place in the exposition will be taken by the following artifacts: a fragment of Abylai Khan’s famous sabre with donative inscription on behalf of the Russian empress Elizabeth I, helmet of Bolek batyr (warrior), and also reconstructions of rings with seals of Kazakh khans executed with all historical authenticity by Krym Altynbekov and reproduced with spun gold in art panels by Aizhan Abdubait. 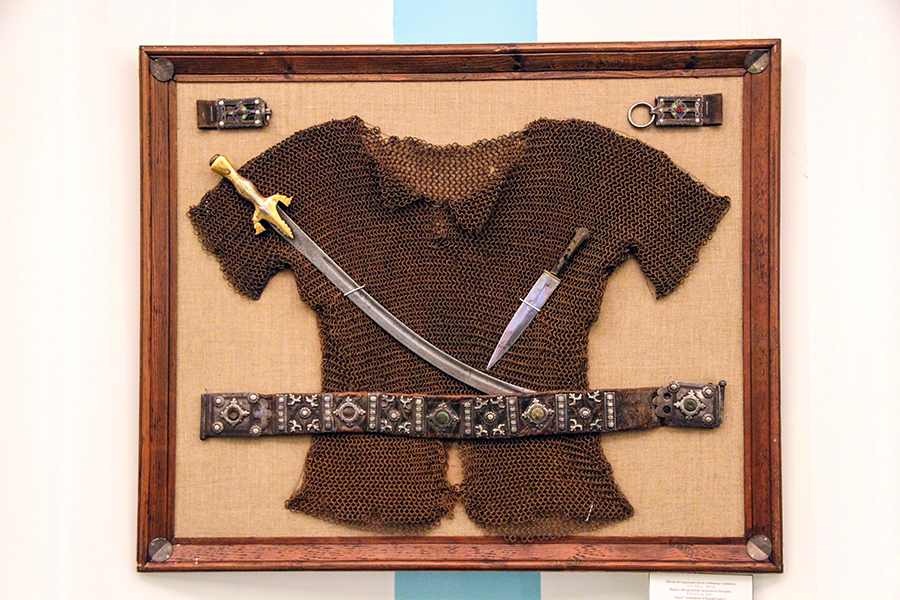 The helmet of legendary Bolek batyr was given to the museum’s collection by his descendants. It has preserved in the original form. It is inlaid with precious stones and weighs approximately three kilograms. Bolek batyr was a warrior of the legendary Nauryzbay batyr. In spring 1729 a great battle occurred between 60,000-strong Dzhunghar army and 30,000 Kazakh batyrs of three Kazakh hordes. As it is known, the battle lasted 44 days and started with the match between Dzhunghar Khan Anyrak and 29-year-old courageous Bolek batyr. But the Kazakh warrior was stronger and more skillful. He defeated the Dzhunghar Khan and struck off his head.

Another one interesting historic artefact of the exhibition is Abylai Khan’s sabre. Unfortunately, only a fragment of the weapon with a donative inscription of the Russian Empress Elizabeth I has survived. The sabre has long been kept in the family of the famous Kazakh historian Yermukhan Bekmakhanov who was a direct descendant of Abylai Khan. 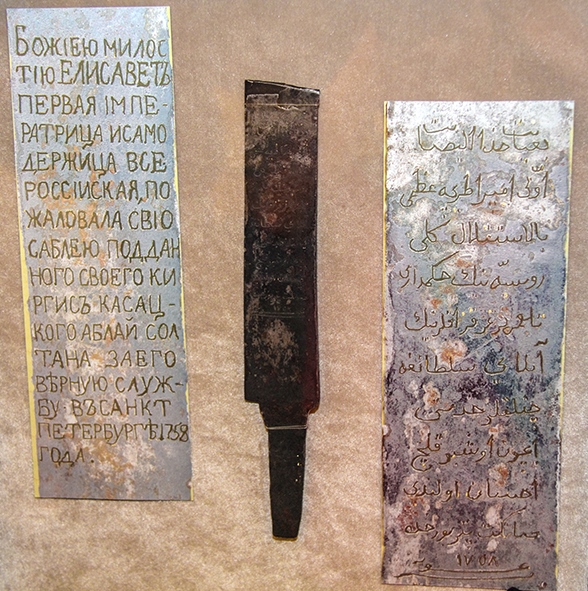 Fragment of famous sabre of Abylai Khan, given to him by the Russian Empress Elizabeth I 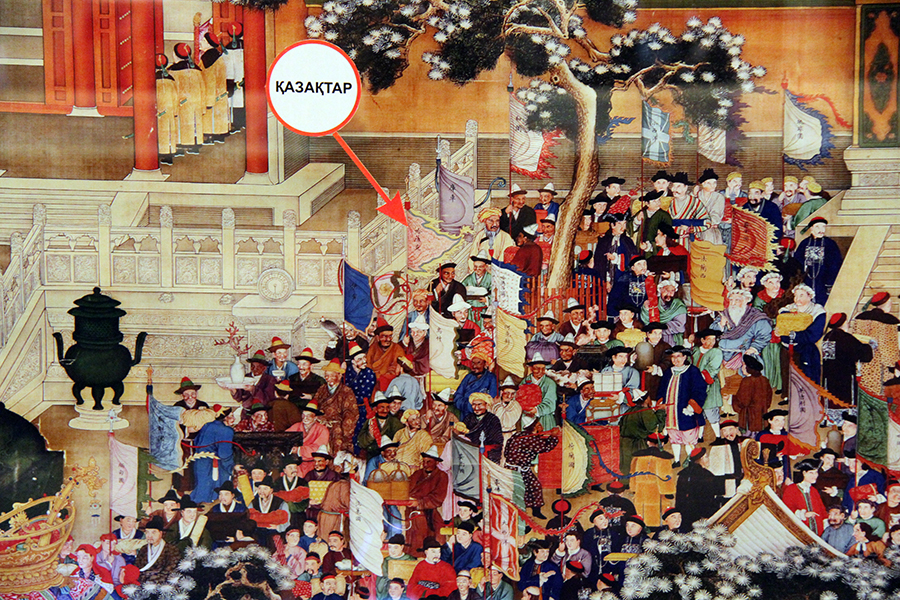 The exhibition "Kazakh Khanate: Great Figures of the Great Steppe" will remain in the Museum of the First President of the Republic of Kazakhstan (Astana) until September 28, 2015.