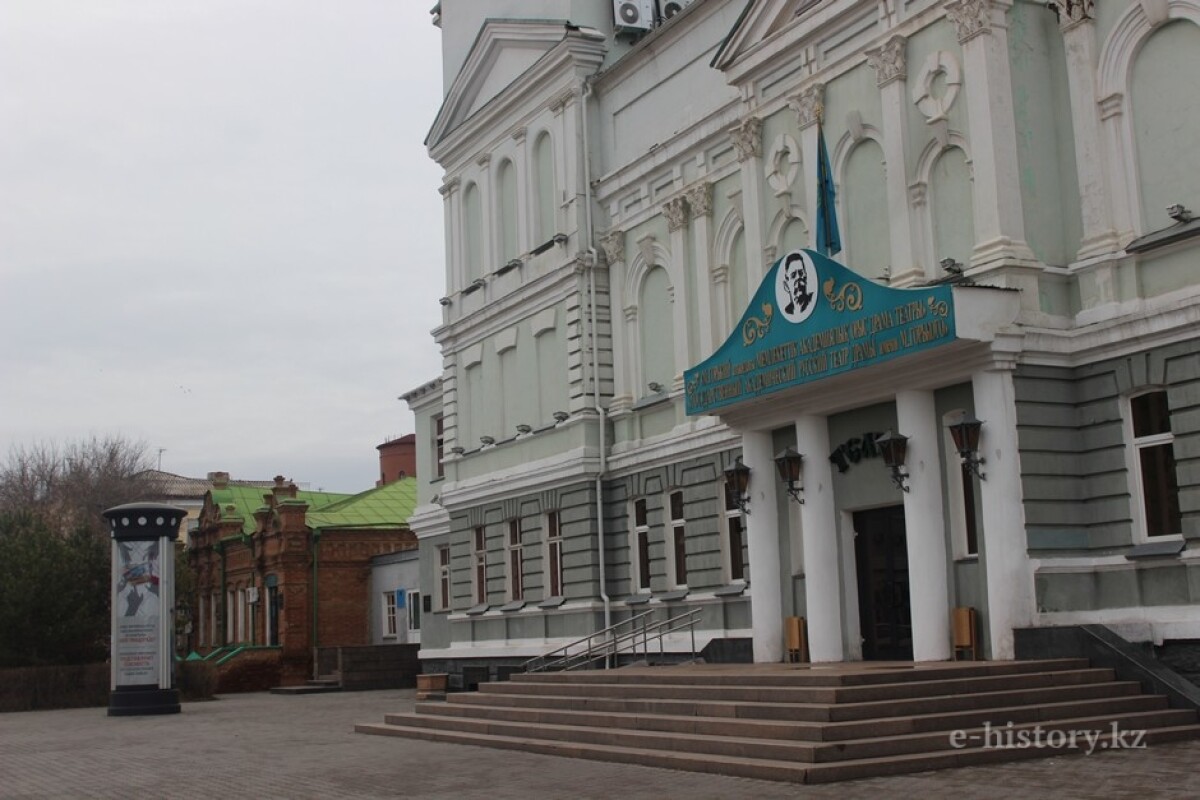 The M. Gorky Russian Drama Theatre will present the premiere of “Scythian Queen Tomiris” on February 27, 2015 as a part of the celebrations of the 550th anniversary of the Kazakh Khanate.

On February 27, actors of theater named after M. Gorky will show the play based on life of the great woman and the daughter of boundless Kazakh steppes Tomiris. The idea of creation of this play is belong to the theater director Yerkin Kasenov. It will be embodied by Honored workers of the country production director Gulsina Mergaliyeva and artist director Kanat Maksutov. At today’s press conference they discussed about creation of one of the most anticipated play. 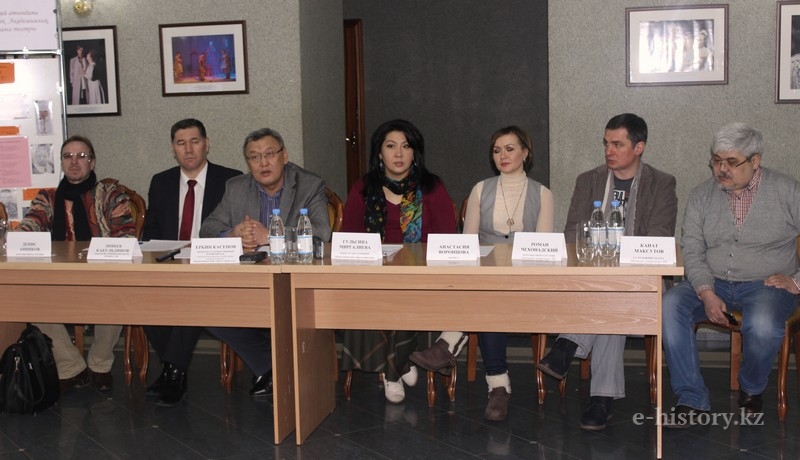 For two hours the audience will have a chance to see the kingdom of majestic Sakas, complete military conflicts and rivalries, intrigue, combat, which will lie down on shoulders of the brittle woman. She will take such heavy burden responsibility for the single purpose — unity and independence of people.

The cult novel of the writer Bulat Zhandarbekov will be regenerated on a scene of drama theater. Writers and historians also participated in the creation of it. Throughout all preparation the production director and actors were advised by the famous Kazakhstan historian Ziyabek Kabuldinov. Research work over the historical and archeological materials was carried out and all exhibits of the National Museum were studied.

— Sakas, Turkic people and Kypchaks created pre-images of the first states in the territory of Kazakhstan — said Kabuldinov.

Thus, the history militant Tomiris and her idea of unity and independence is directly related to the future founder of the Kazakh Khanate.

Creators of the play promise that the audience will see the interesting directorial and acting work and modern look on history of this brilliant woman. According to Gulsina Mergaliyeva, together with actors they found a method for a reconstruction of scenes of fights — through actor’s plastics and game. "Today’s viewer is not the viewer of the 6th century BC" — said the director. Thus, modern culture and actions are unavoidable. The premiere of the play will show, whether the director and actors of the theater will manage to surprise modern sophisticated audience. 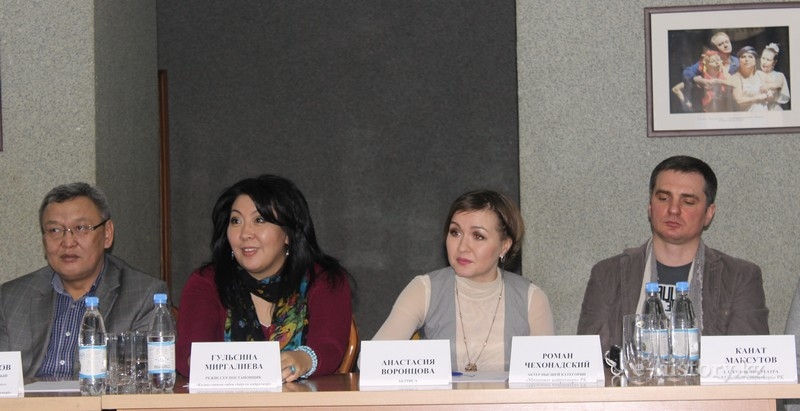 — It is the epic drama, and first of all it is history of love. It is about love to the man, son, land and people. The history of the woman who was born as the queen and died as the queen — says the director.

One of the leading actresses of the theater Anastasia Vorontsova will play Tomiris’s role. Gulsina Mergaliyeva is glad that she will play the main character, as she believes that she is very talented, charismatic and graceful.

— For me Tomiris is absolutely modern. She is inspired with idea of unity and unification of tribes. I understood that she as nobody else love freedom and tries to give this freedom to those people who are within her power. She has very ambitious personality, — says Anastasia.

Favorite by all people actors Denis Anninkov and Roman Chekhonadsky will play the role of the men who turned Tomiris’ life — husband Rustam and Persian tsar Kir, who captured her son. They played in many difficult plays. The tsar Kir, whose role will be played by Roman Chekhonadsky, will appear on a scene three times. His role is more psychological. Absolutely unusual approach to a historical figure of Kir will be shown on a scene. Roman tries to understand psychology and motives of the Persian tsar. He analyzes his life and acts, and thus considers his role as very interesting.

— For me Kir’s personality is very modern, especially now when the world is on the threshold of war. Playing his role I try to answer myself a question: why and what for people start war? — says Roman Chekhonadsky.

The Queen Tomiris was born and governed in the period of the highest point of development of Sakas culture. Thus, according to the production director Kanat Maksutov, the suits and decoration will be appropriate.

— It will be a celebration of Sakas animal style, — adds Ziyabek Kabuldinov to his words.

The huge work has been done on preparation of the play. All of them spent sleepless nights and endless hours of rehearsals. The text was created during the discussion and understanding of the history of Queen Tomiris. Before the premiere of the play left just a few days, but the preparation is still goes on.

At the end of a press conference the theater director Yerkin Kasenov reminded that in theater life of Kazakhstan the actors of the M. Gorky Russian Drama Theater were always pioneers. And this time the play "Tomiris — the Queen of Sakas" will be the first play in the republic, devoted to celebration of the 550th anniversary.