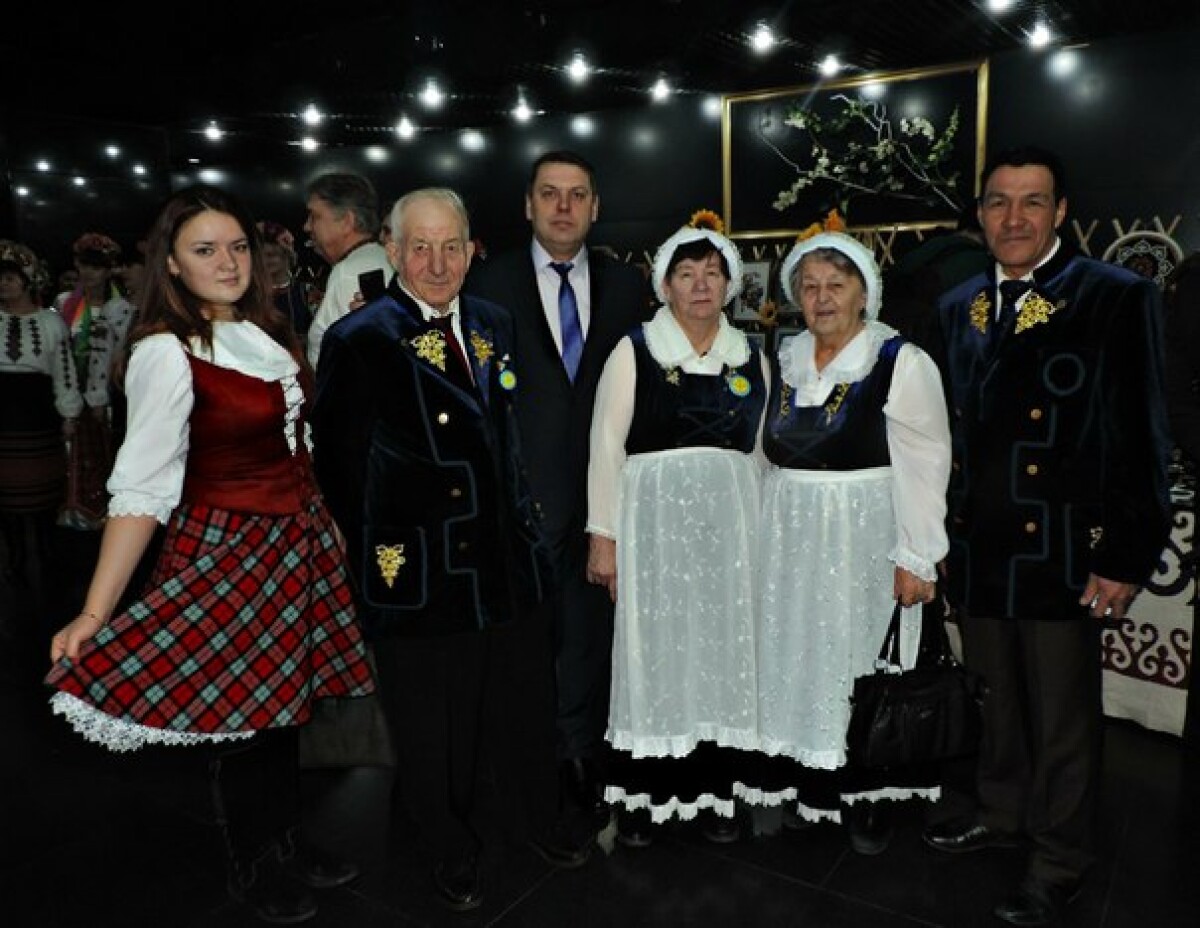 In Russian language the name of the society translated as "Renaissance". Hospitable Kazak people which sheltered Germans in tragic 1939–1941, honor traditions and customs, memory to the history, ancestors and language. German people, having found homeland in Kazakhstan, have not lost their roots, they try not to forget the traditions and language. For this reason, in our country, where live over 180 thousand Germans, had been created all conditions.

Wiedergeburt cultural center is open not only for ethnic Germans, but also welcome by Kazakhs, Russians, Ukrainians and Poles. The society is located in the building of the German school gymnasium No. 46 of the city of Astana. Thus, it is not surprising that graduates of school work in it: teach language course, different clubs for children and theatrical skill.

So, Anastasia Trofimova and Irina Ruban, having graduated from the German school and university, came to work in Germans society "Renaissance". In school and student days Anastasia headed the youth club operating under the society. Now she remains its active participant, and also teaches children geography: an introduction to the history and culture of Germany. Irina teaches theatrical art, rhythm and engaged in the organization of holidays in the German cultural center. 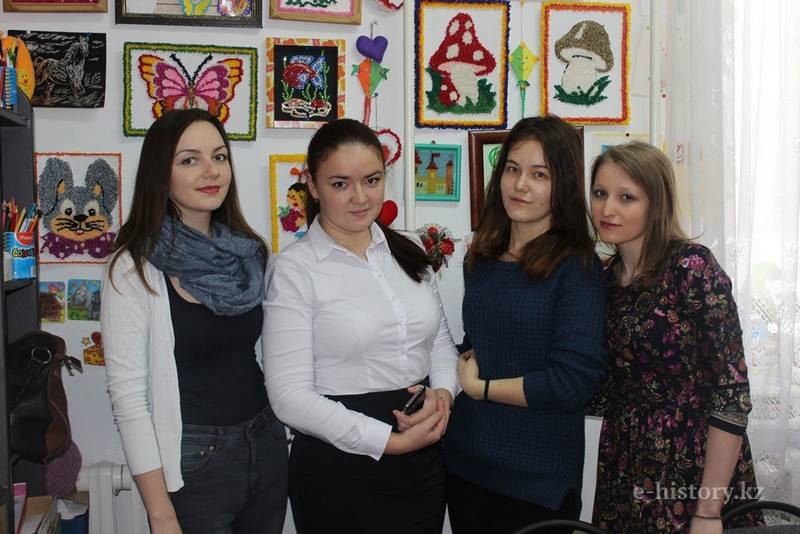 The youth German club "Diamond" exists since 1996. It is open to everyone who interested in German culture and for those whose motto is "Start with yourself and the world become brighter!" Club’s activities are full of social theater and eco-tours, also with vocal and dancing studio. 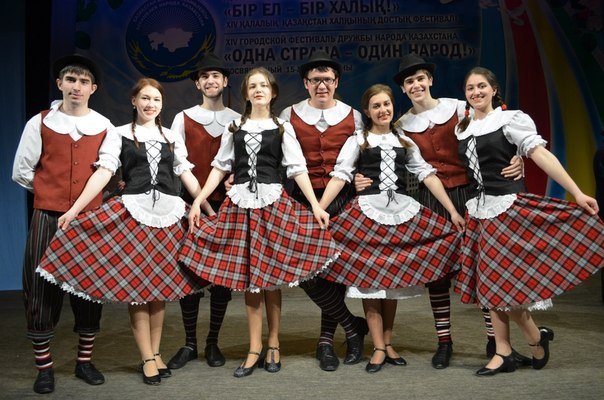 — Our theater was formed in 2009 and since that time we have been set various performances for socially important topics: problems of relations among contemporaries and with older generation, alcohol, AIDS, drugs — says Anastasia Trofimova.

Also there are plays on historical themes, in particular, the origin of the Germans in Kazakhstan. Such performances are based on real stories. Young actors interested not only in the history of Germans’ deportation in Kazakhstan, but also their relocation under the decree of Catherine II, first in Russian province and then in Kazakhstan. The social theater consisting of members of youth of German club goes on tour. They played in Kokshetau, Karaganda, Almaty and Pavlodar. 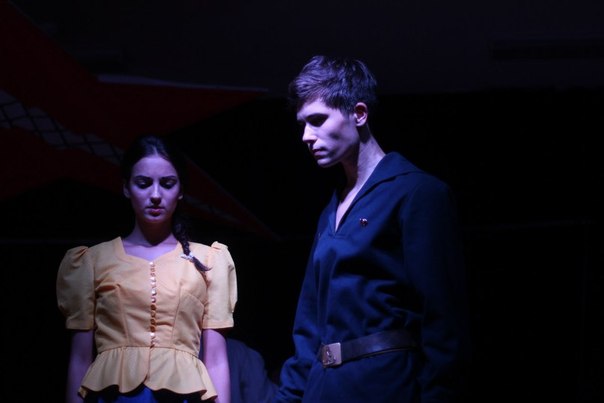 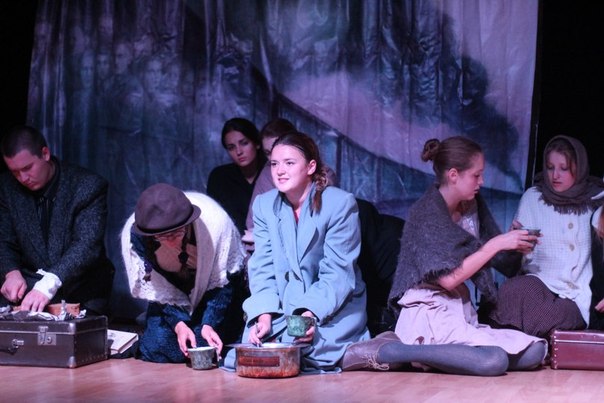 Rehearsal of the performance "With Hope in Heart"

The club organizes eco-tourist camps both in summer and winter. In summer it is 10-days’ vacation in tents on the lake Chelkar in Northern Kazakhstan and in winter — the resort Burabay. Recently eco-tours have been held together with Talgykorgan society of Germans in the mountain range Dzungarian Alatau. According to the participants of the club, during these trips they study ecology, make experiments and analyses, and, certainly, clean the territory where set eco-tourist camp from garbage.

Everyone from 14 years old and who has interested in German culture can be participants of the youth club "Diamond".

The society held Sunday school for children together with the City Palace for children’s and youth creativity. Children learn German and Kazakh languages, applied art and regional geography. They also engaged in drama and vocal school; also celebrate national holidays of Kazakhstan and traditional German and Russian holidays.

So, we were on the celebration of Butter Week or Cheesefare Week (also known as Maslenitsa) by children. Germany also has a national farewell of winter and meeting of spring. Fastnacht week (Butter Week in Germany) starts a day earlier. Usually it is carnival with games, dance and theatrical performance. Here in Sunday school people celebrate in both ways, making pancakes in Russian style. 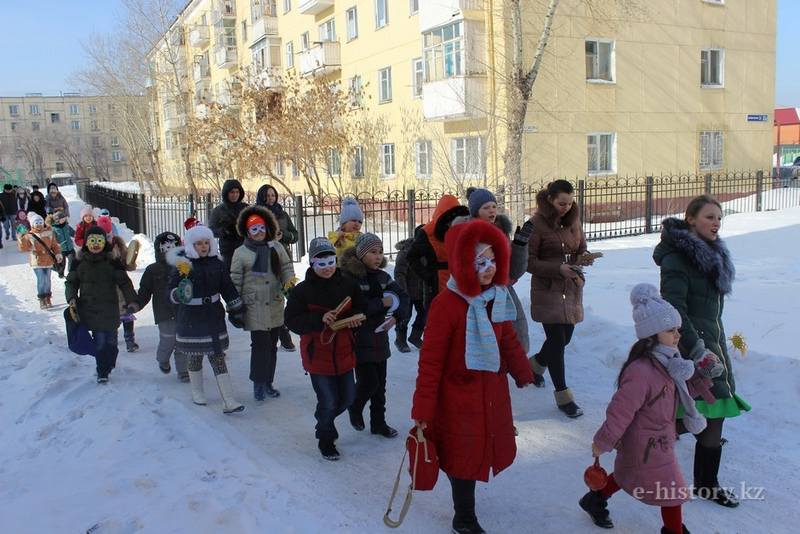 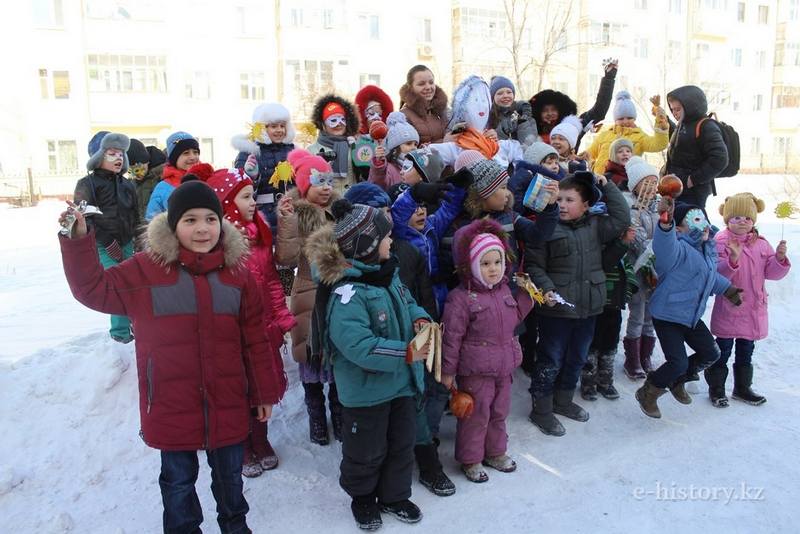 All national holiday is celebrates with involvement of German vocal chorus "Belated flowers". It exists slightly less than the cultural center. For instance, Elena Unrau sings there already 15 years.

Yeraly Musipov ethnic Kazakh, he came to the chorus three years ago. And since then is pleased to sings and plays with German people. All of them mark that without his voice the choir would not be sounded as nice as its now. He has a very strong and beautiful voice. 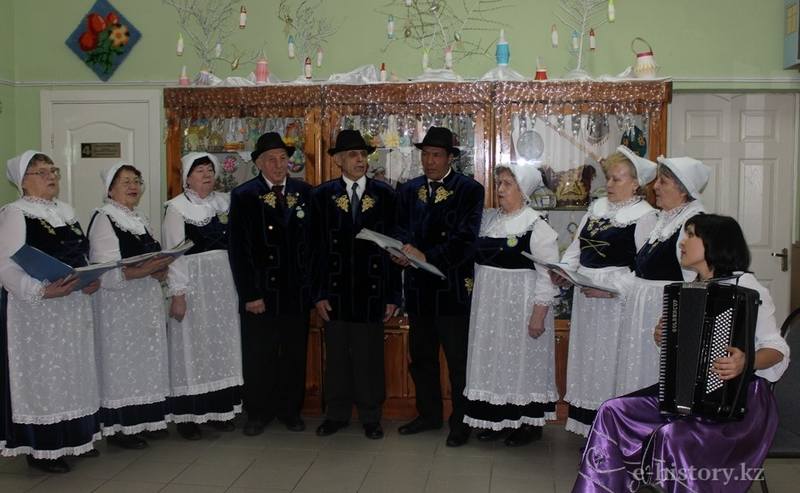 Military units and nursing homes often invite them on concerts. They have diverse repertoire, they sing folk songs in German, Kazakh and Russian languages. Alexandra Korotkova in addition to her singing in chorus learns German language.

— We learn language here, and the center provides us with books, — says Alexandra.

Elder generation says that they try to preserve German traditions and customs in their families. For example, they celebrate all religious holidays: Easter, Christmas, Pentecost, Ascension and Nikolaustag (St. Nicholas Day) and others. They make well-known German strudels, pies under called kuchen and kreppel, also cook chicken soup with homemade noodles. 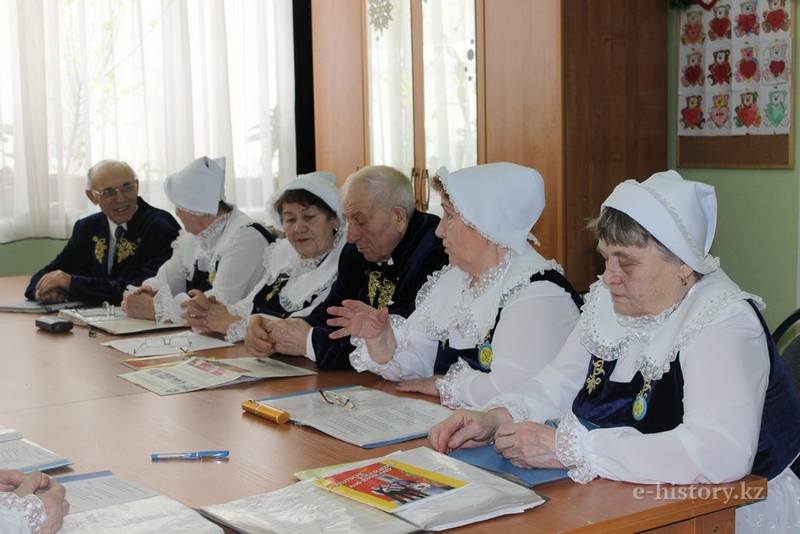 Each person has its own history, but has one main point in common — Kazakhstan became for German people, who suffered from Stalin repression, the homeland.

Dnepropetrovsk, Zaporozhye, Donetsk, Saratov, the Volga region — list their birthplace the participants of chorus. As circumstances of tragic events they were in Balkash, Kurgalzhin, Yerementau, Pavlovka, Novodolinka, Rozhdestvenka regions and the city of Akmolinks (now Astana).

— I was born in Ukraine. When war began we were taken to Germany, and then from there to Ural. In Kazakhstan I got when I was in married. My husband moved here and took me with him. His family also was sent. In our family we used to speak in German and our children also knew it. My husband died when he was 29. And then they went to Russian school and gradually stopped speaking in their native language, — recalls Elena Unrau.

— I was born in Kazakhstan. And thanks to Kazakhs we survived. We lived in their house. Days and nights my mother was at work. They were very helpful, — says Ella Gobona.