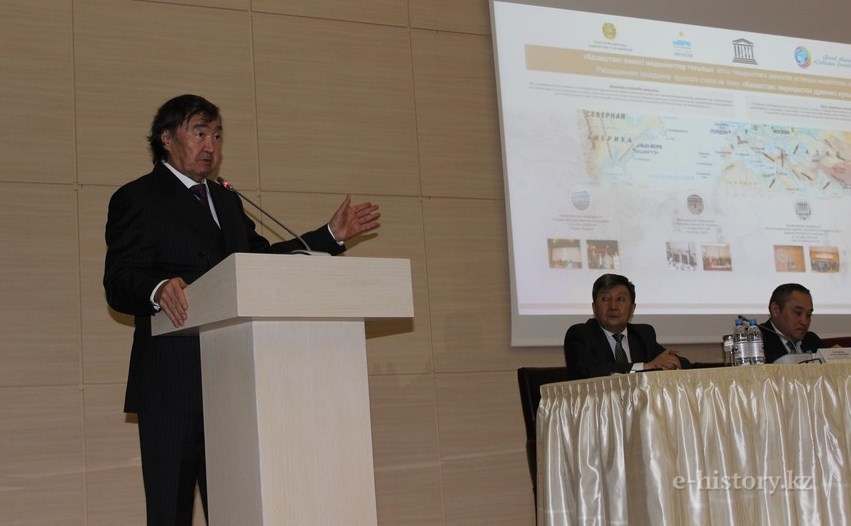 On February 13, 2015 the National Museum of the Republic of Kazakhstan hosted a round table on "Kazakhstan: the Centre of Ancient Cultures". It was attended by a group of the most outstanding scientists from Kazakhstan, including Karl Baypakov, Absattar Derbisali, Zeynolla Samashev, Bulat Kumekov, Ualikhan Abdibekov and others. During the discussions scientists summed up intermediate results of the project "The Great Migrations of Peoples" within the frameworks of the International Decade of the Rapprochement of Cultures for the period to 2022. 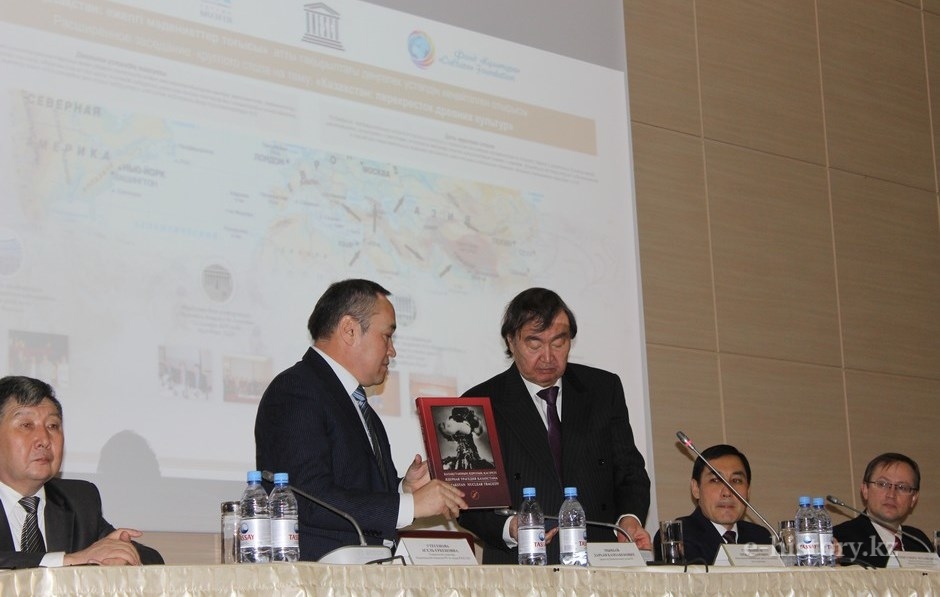 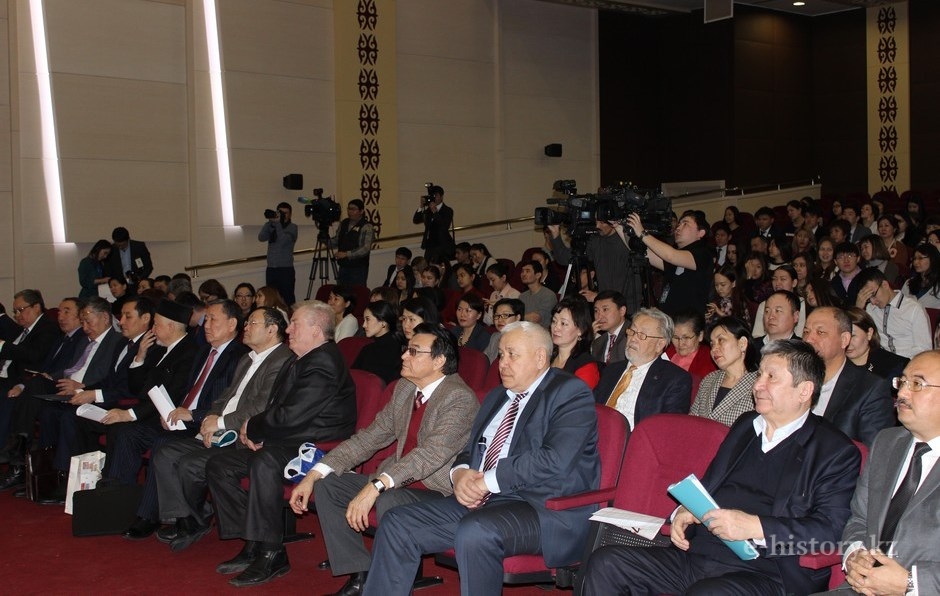 Professor Gadilbek Shalakhmetov considers that the subject is very important today. "Mankind has always been wondered how it was born, how people colonised this planet and migrated. Today at the National museum we attend a conference dedicated to the great migrations of peoples. A friend of mine, Doctor in History, Professor Adil Akhmetov is here. For many years, he worked in America. He met American Indians and found out that almost half of their vocabulary consists of ancient Turkic words. He asked them whether they know how their ancestors colonised America. Indians answered that they arrived from Altai. Thus, our Altai and far-away Indian America are the same. The subject of the conference is very actual and important. Mankind is one, and the colour of skin depends on climatic conditions" — told Gadilbek Shalakhmetov. 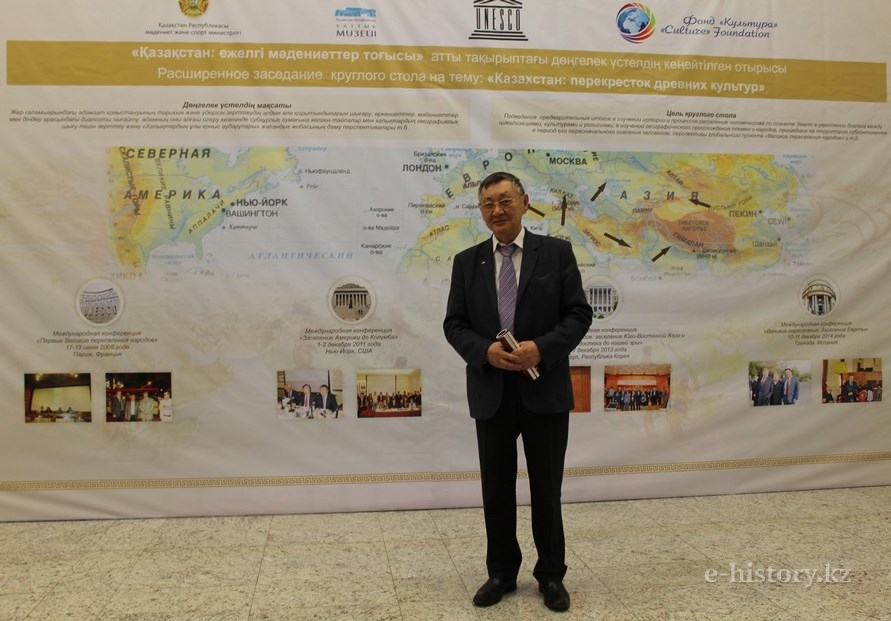 Great migrations of peoples have been a concern to scientist for thousands of years. But Kazakhstani writer and public figure Olzhas Suleymenov has become the person who initiates a unique scientific project on preparing "Atlas of the Great Migrations of Peoples". Four conferences dedicated to the same subject has been organised by the moment.

"We hope to organise the next conference in the Middle East with the aim to discuss the colonisation of ancient West Asia. The first civilization (the Sumerian civilization) emerged in modern Iraq in the 4th millennium B. C. The world history began there. It would be great to hold the conference in Bagdad at the place of ancient Babylon. But there is the war. Therefore, it will likely be organised in the most peaceful place of the Middle East — Jerusalem" — Olzhas Suleymenov shared his plans.

According to Olzhas Suleymenov, the UNESCO has never had the same projects. He proposes to join efforts of archaeologists, anthropologists, geneticists, historians, linguists, and geographers to summarise all the facts revealed by experts. "Certainly, the project will be long term, until the conference in Kenia, East Africa. Anthropologists and archaeologists believe that Homo Sapiens appeared there. He developed and migrated all over the world. This can be identified by the traces which people left on their way. After the very last conference we will prepare "Atlas of the Great Migrations of Peoples" where we will indicate routes of the largest ethnic groups", — Olzhas Suleymenov told during the round table.

The scientist also underlined that Kazakhstan makes a significant contribution to the global research project which is the evidence of its importance for the world science. "And then we will be able to write a more detailed history of our nation as well", — believes Olzhas Suleymenov.

Archaeologist Karl Baypakov also underlines the importance of the project initiated by Olzhas Suleymenov. "The subject of migration is very topical, especially nowadays. This is a problem of the past and the present. The project was launched in 2008 when Olzhas Suleymenov became Permanent Representative of Kazakhstan to UNESCO. He is a prominent scientist. He believes that migration is a source of historical development. It includes the Great Migration of Peoples, the Great Silk Road, the Great Migration of Turks to Central Asia and Europe", — Karl Baypakov shared his opinion. 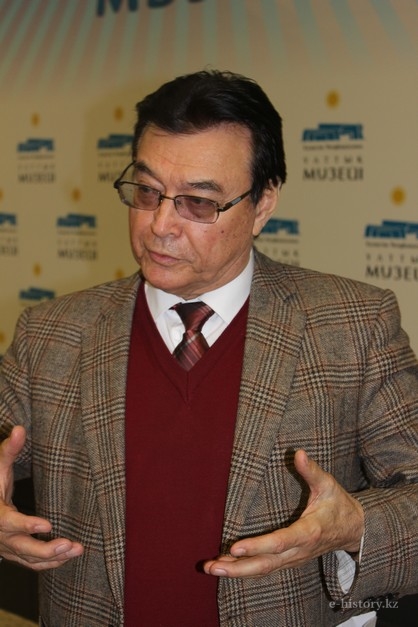 To date we have a lot of scientific literature on the problem of migration of peoples. "Olzhas Suleymenov proposed establishment of a giant map of migrations. I suppose it will be a number of maps in chronological order. And at first we will work on the map of Kazakhstan to trace migrations of our ancestors both Turks and Kypchaks. The maps will also demonstrate movement of Aryans to Iran and Indian through the territory of Kazakhstan. In addition to the maps we will also publish books. I believe that today we attend a historical event", — summarised Karl Baypakov.