Home News Other The old-timer building. The house of merchant Sokolov

The old-timer building. The house of merchant Sokolov 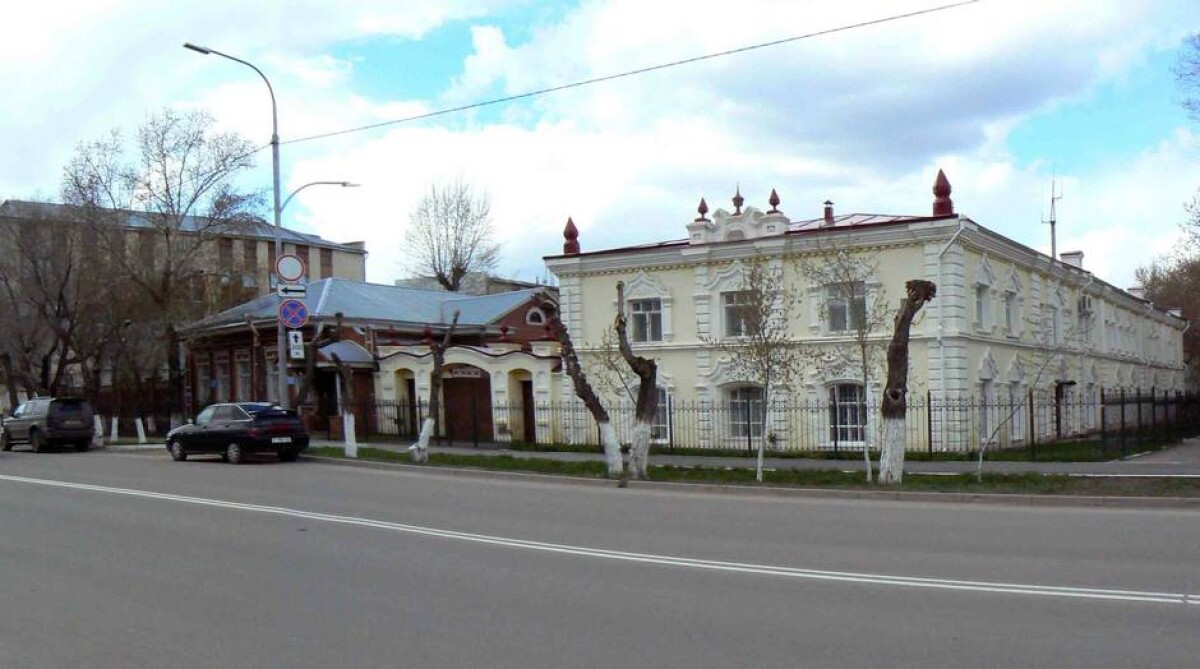 In the late 19th century the house and the only two-floor store of merchant Sokolov were considered the most luxurious buildings in the city of Kokshetau.

The history of the city of Kokshetau began in 1827 when a Cossack settlement named Kokchetavskaya was founded on the shores of Kopa Lake. Very soon an urban part of the settlement was built near it. Mainly, the place had wooden buildings because there was a lack of bricks. This expensive construction material was used for foundation and stoves. Timber was brought from the settlement of Lobanovskaya because of high quality and good prise. At that time many Russian tourists mentioned that wooden buildings in the settlement of Kokchetavskaya were beautiful and splendid. The house of merchant Andrey Sokolov is one of those wonderful buildings which have been preserved until today. It is located at M. Auezov Street.

The wooden house with carved architraves and merchant’s two-floor store have a common yard and brick fence. The construction of this complex was connected with transfer of market place from rural to urban part of the settlement in 1882. The square named Yarmarochnaya (people called it "Bazarnaya") became a place for single-floor brick and wooden shops of local salesmen. But Sokolov decided to build the first and only at that period two-level brick building.

Little is known about the merchant. Andrey Sokolov came to Kokchetav (old name of Kokshetau) in 1888 from the city of Kurgan. But some years earlier he had started his business in Kokchetav through his representatives. In 1895-1896 he served as a head of the city which was elected by the City Public Assembly for a term of two years. He sold woolen and silk products, tea, sugar and church utensils. He had three daughters and the only son. According to some sources, his son died during the World War I.

The merchant didn’t pay attention to charges and used the best material to build his store. Thus, the floor on the first storey was decorated with ceramic tiles made by the Kharkiv plant of baron Bergenheim. In the late 19th — early 20th centuries it was the best in the Russian Empire. At that period there was no a railway to Kokchetav. All material were transported to the city of Petropavlovsk and then brought to the place of construction by the coaches. Unfortunately, the name of the architect is unknown.

Sokolov wished to build his store in a style which was typical for a period of eclecticism. It prevailed in the architecture of Russian cities of the second half of the 19th century. As a result, the building looked like a stone palace. There are not too many architectural decorations. According to memories of contemporaries, inside the store was decorated with mirrors, stairs were covered by carpets. Certainly, it was the most luxurious trade building in the city.

In 1918 both the house and store of Sokolov were nationalised by the Soviet Government. Subsequently, the building was given to various governmental agencies. Although the initial interior has not survived and the facades were changed, the house and store of merchant Sokolov is a real adornment of the historic centre of Kokshetau.

Gulchekhra Perley,
Research Fellow of the Museum of History of Kokshetau