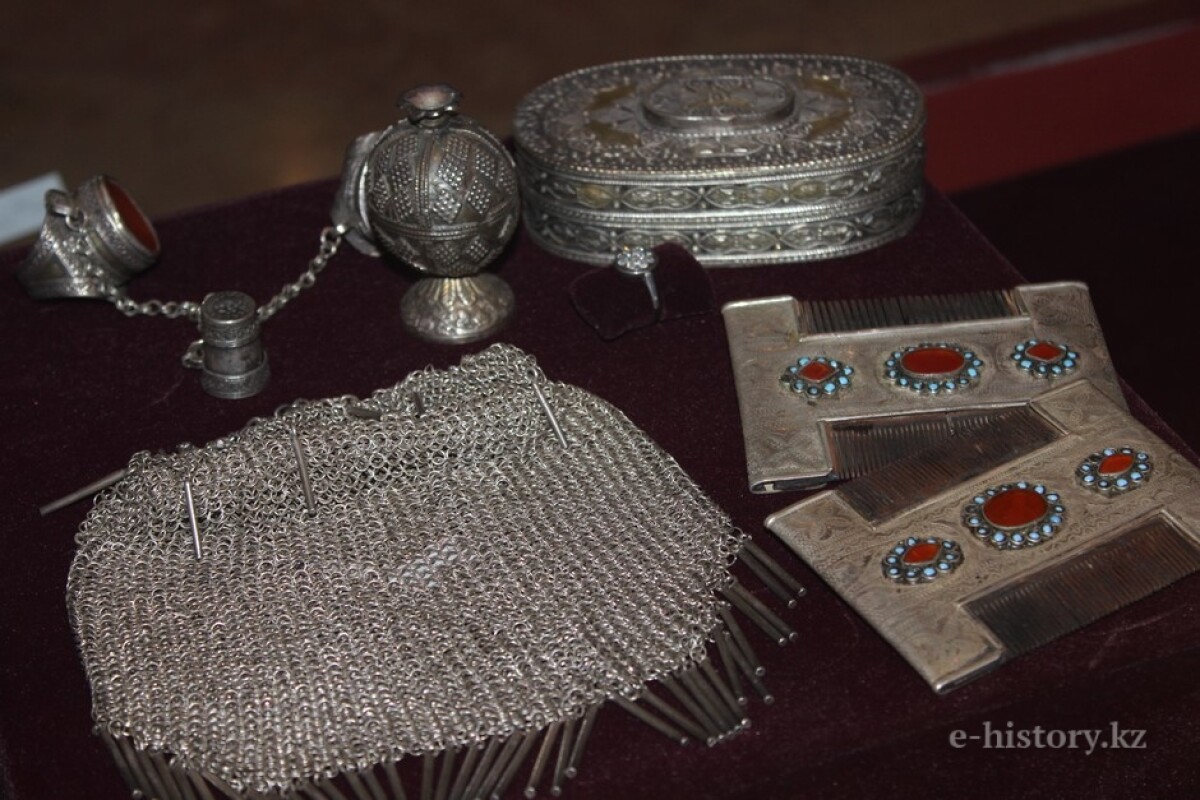 All beauty, depth and wisdom of our ancestors are collected in one hall. The exhibition represents jewelry and household items of the Kazakhs people of the 18th-20th centuries.

In National art gallery "Astana" there are regular exhibition which called halls. We already mentioned about the opening of the hall of painting and hall of a graphics and sculpture, now we want to tell about visit of the most beautiful exhibition — the hall of "World of Kazakhs". 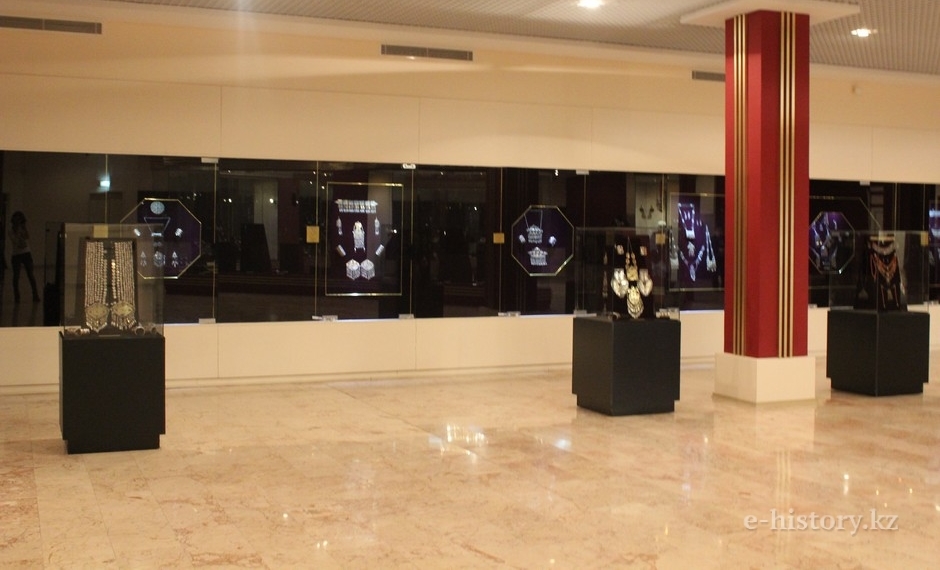 Many of us probably know that the doctor of political sciences, the famous politician and current Minister of Defense of Kazakhstan Imangali Tasmagambetov collected a big collection of products of arts and crafts. He always interested in history of the Kazakhs, national traditions and national arts and crafts. In 25 years he managed to collect a lot of beautiful subjects of old times that could be formed in one big exhibition.

The collection literally divides the exposition hall into two parts. The first part represents jewelry of the women who lived in 18th — the beginning of the 20th centuries in different regions of Central Asia like Uzbekistan, Kyrgyzstan, Turkmenistan, Tajikistan and also in Iran, China, Mongolia, Russia and in the Caucasus. 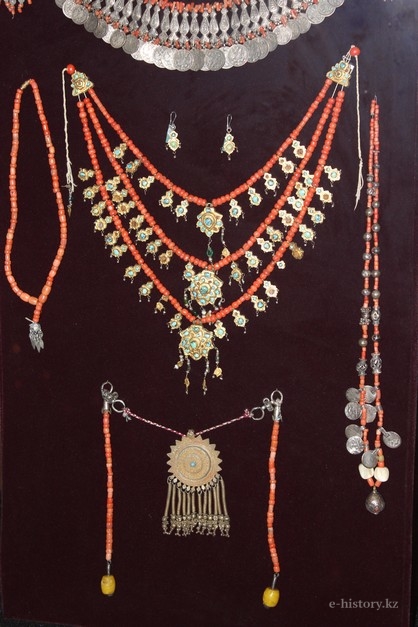 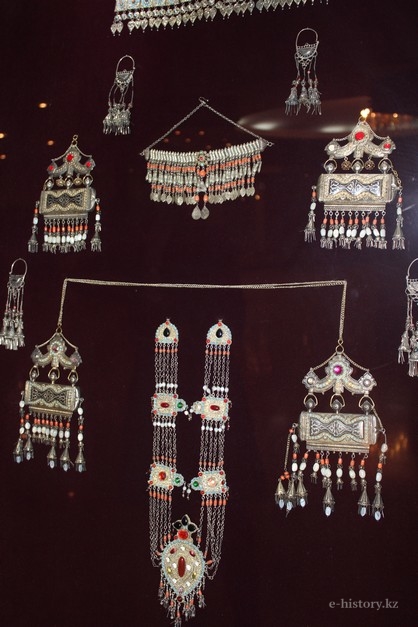 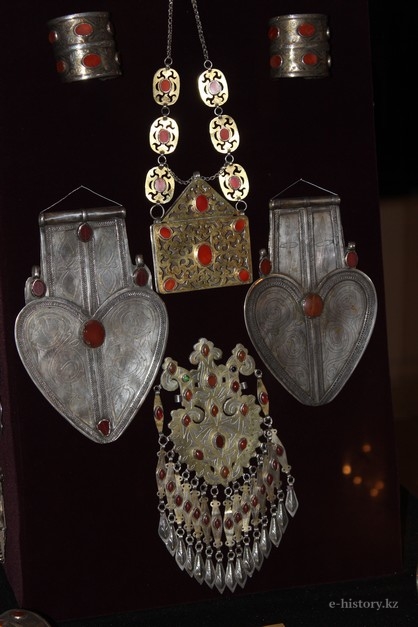 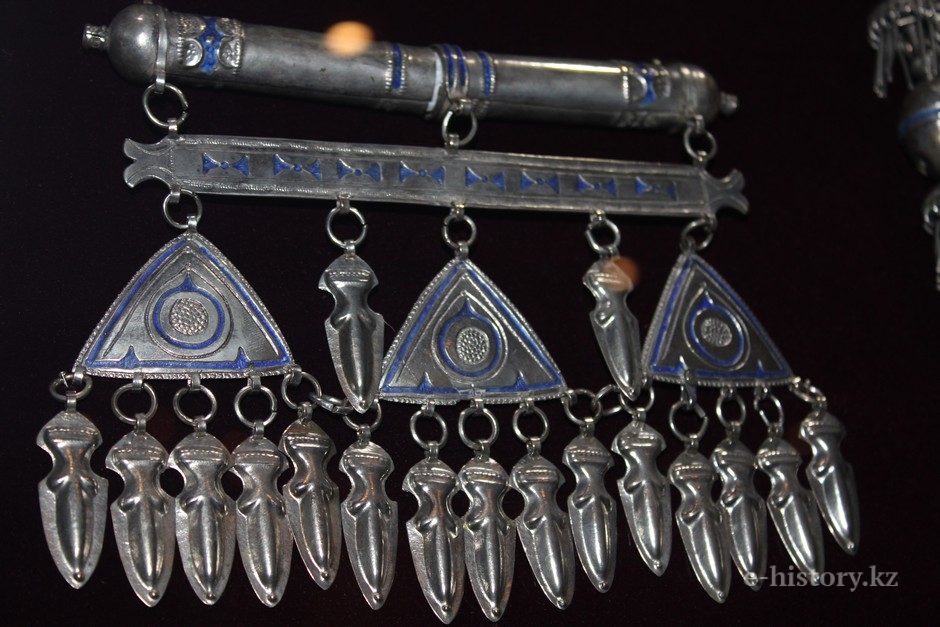 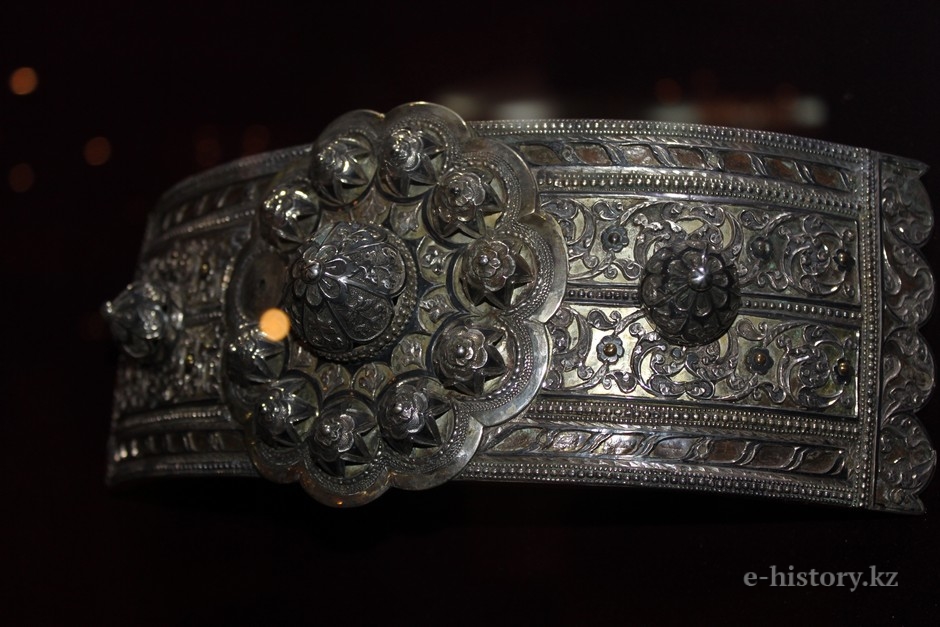 The second part of exposition shows traditions of jeweler art and culture of wearing jewelry of the Kazakh women. Looking at the precious products you will be able to see their distinctions in style and execution depending on a place where they were made. It is quite interesting to see variety of women’s jewelry of Akmolinks, Almaty, Torgay, Zhezkazgan, Kyzylorda and Zhetysu areas. 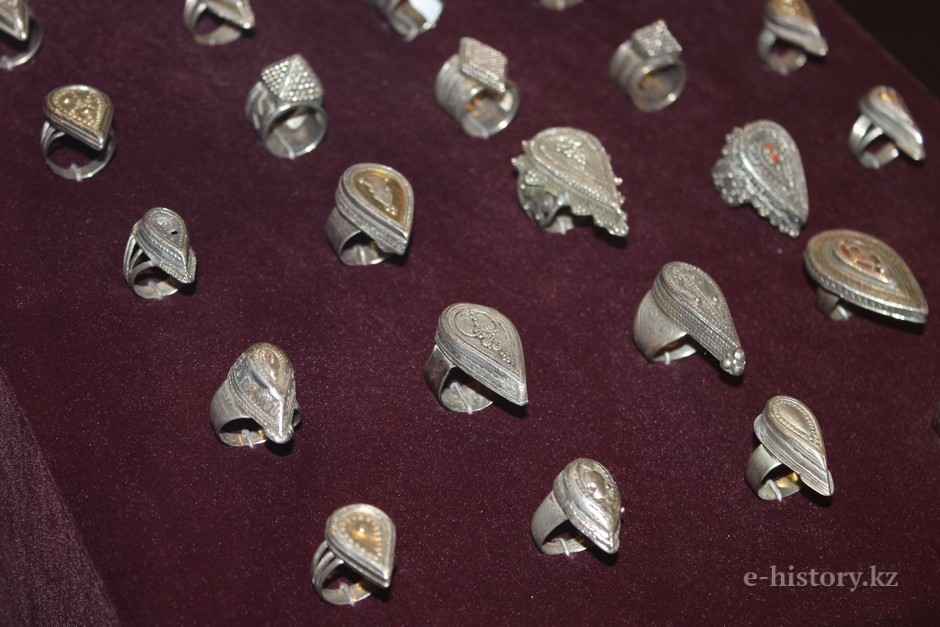 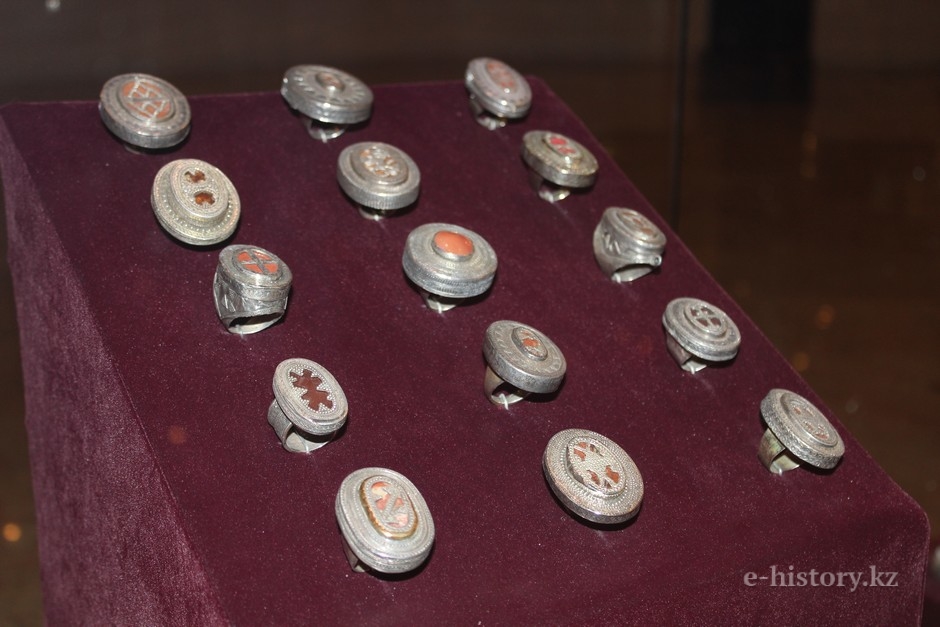 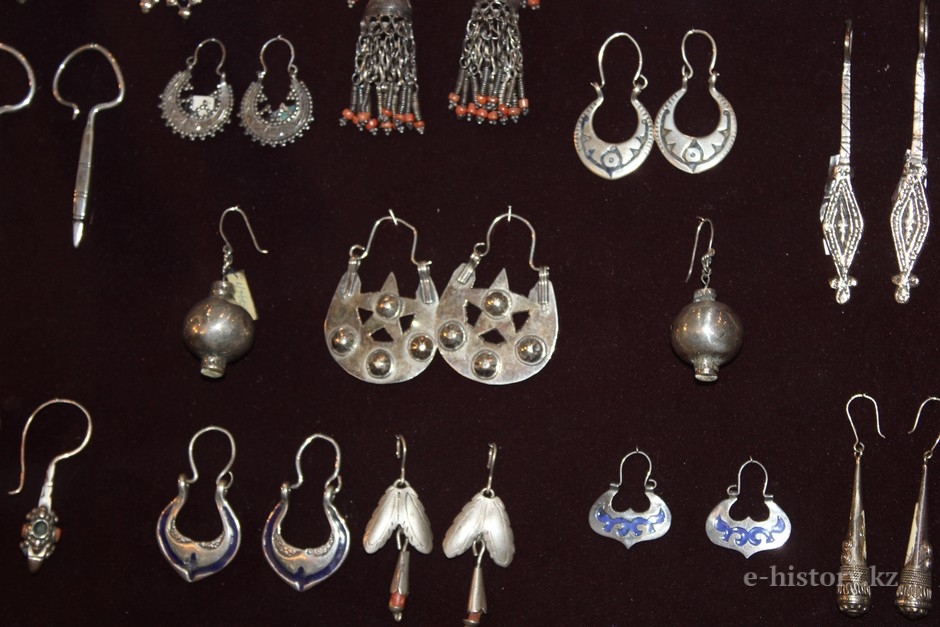 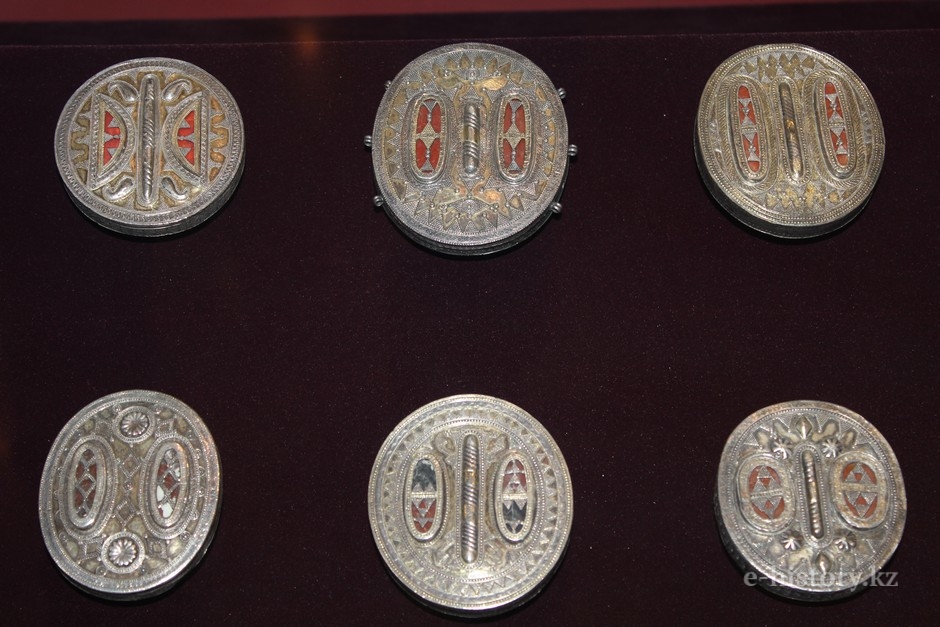 Rings of matchmaker. Such rings were given to them as the symbol of union of two families and sign of benevolent attitude towards daughter-in-law. 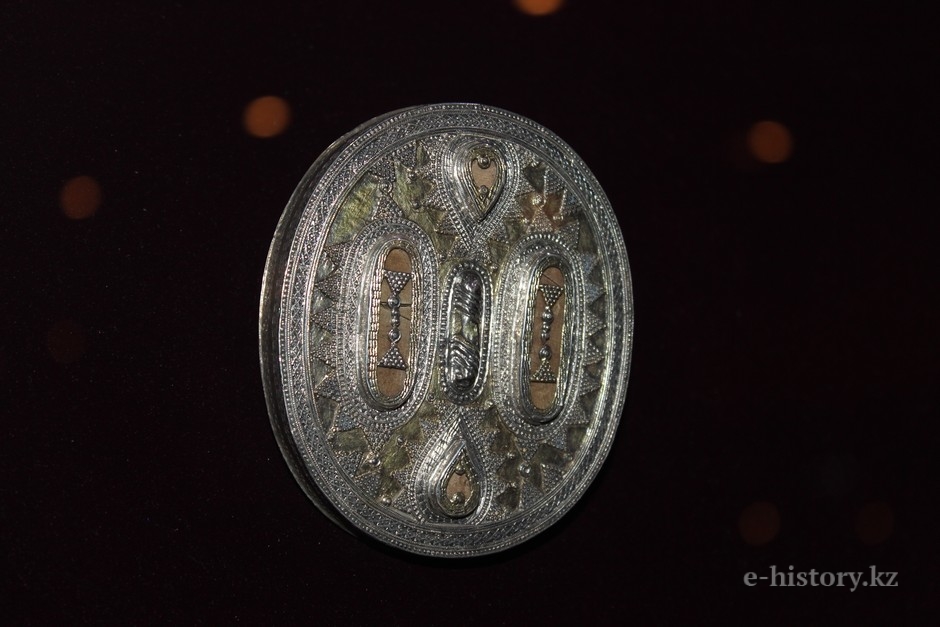 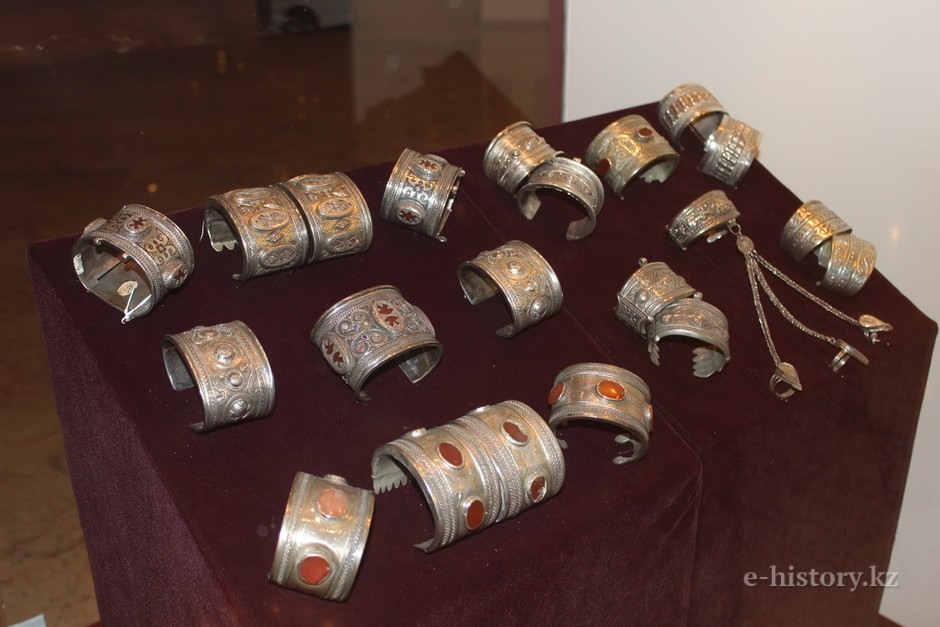 You will be amazed by the versatility of precious products of the different countries and people, cultures and eras. Also, you will be able to see similarity of jewelry of Uzbek, Turkmen and Kazakh women of the 19th century. At the same time, there are difference in their work, incrustation by metal and stones. Jewelries of Kazakh, Uzbek and Kyrgyz are more than thousands of years, they had similar functions: to protect, clean and decorate. Nevertheless, jewelry of the Kazakh women represented as less intricate, but more philosophical. There is an impression that the Kazakh jeweler through his hands encloses metal with all wisdom of ancestors. Through patterns and processing of stones transmitted beauty, grace and refinement of the Kazakh women. 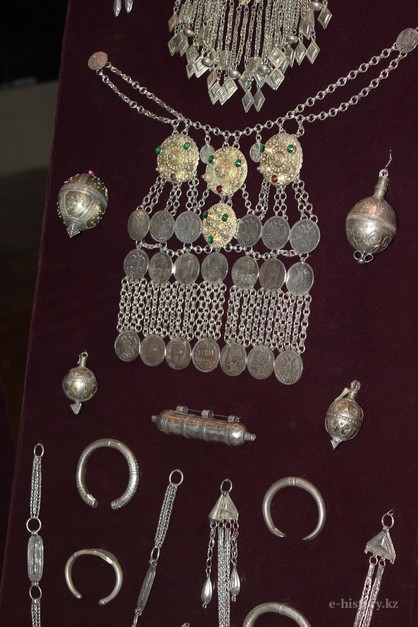 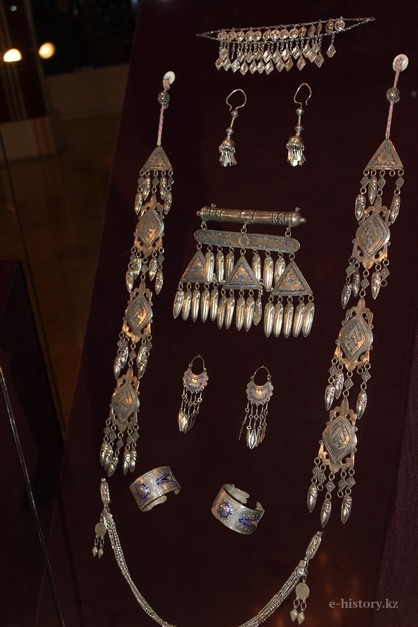 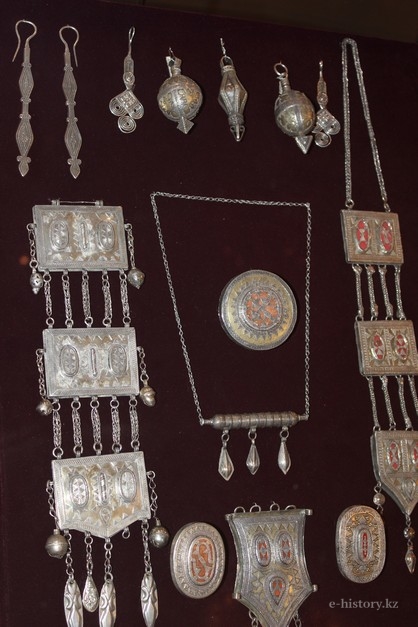 In addition to a rich collection of jewelry, exhibition also includes khan’s seals, range of buttons, fasteners, hygienic sets, and perfumery bottles, attributes of men’s wear, household items and horse equipment. The hall "World of Kazakhs" is considered as a unique collection and has no analogs in the CIS. 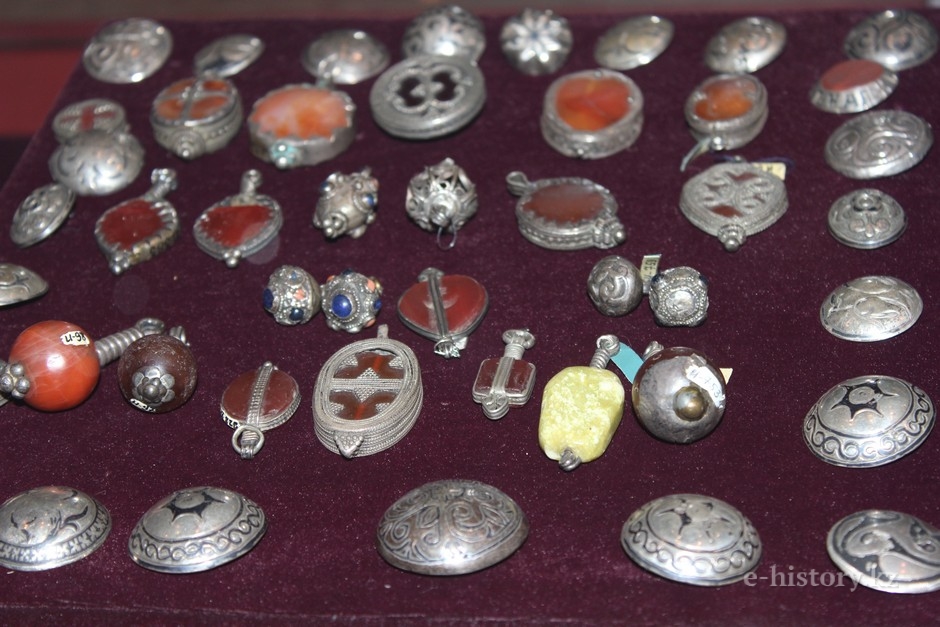 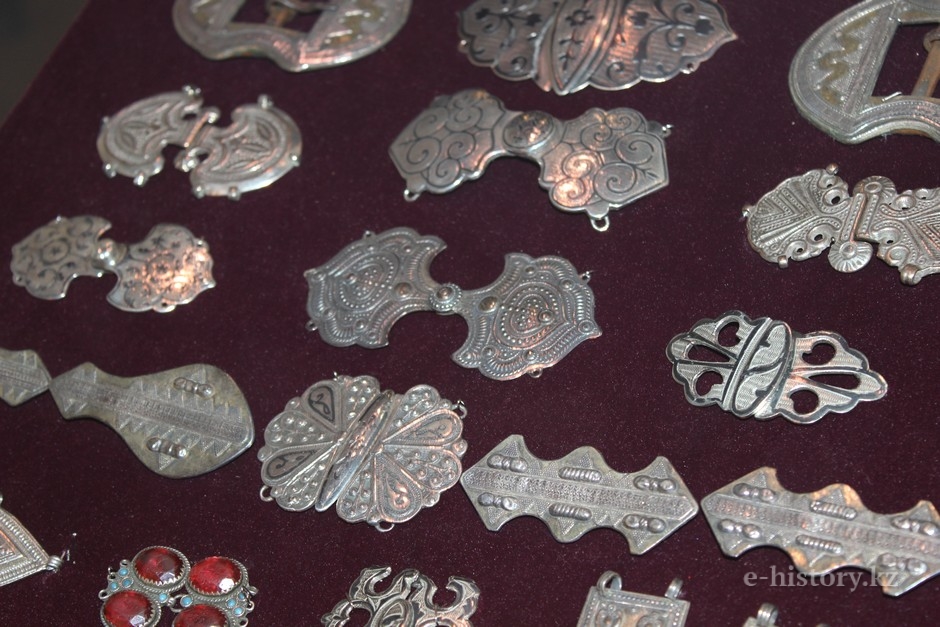 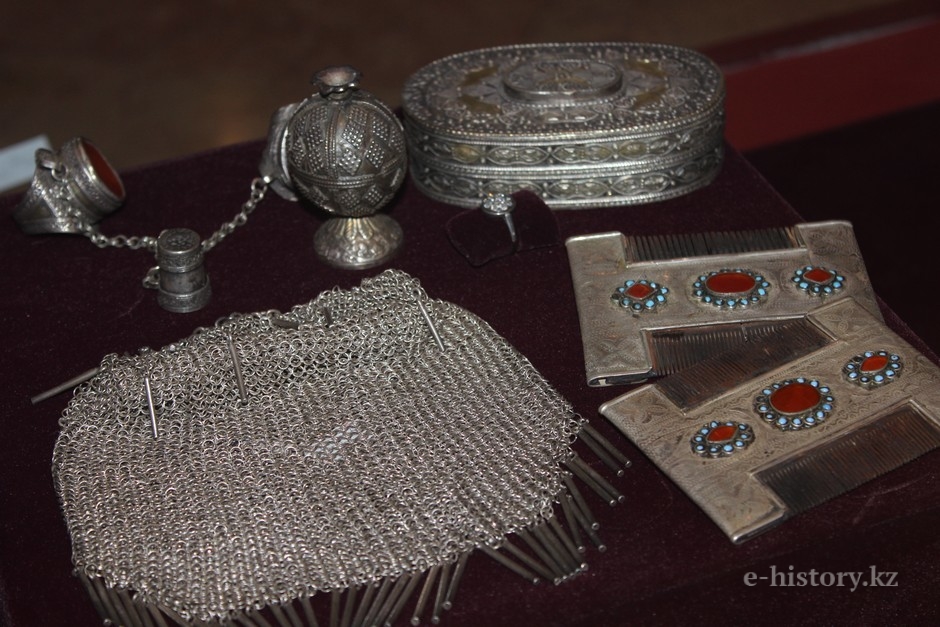