Home News Other A round table dedicated to the 100th anniversary of I. Esenberlin will be held in Astana

A round table dedicated to the 100th anniversary of I. Esenberlin will be held in Astana 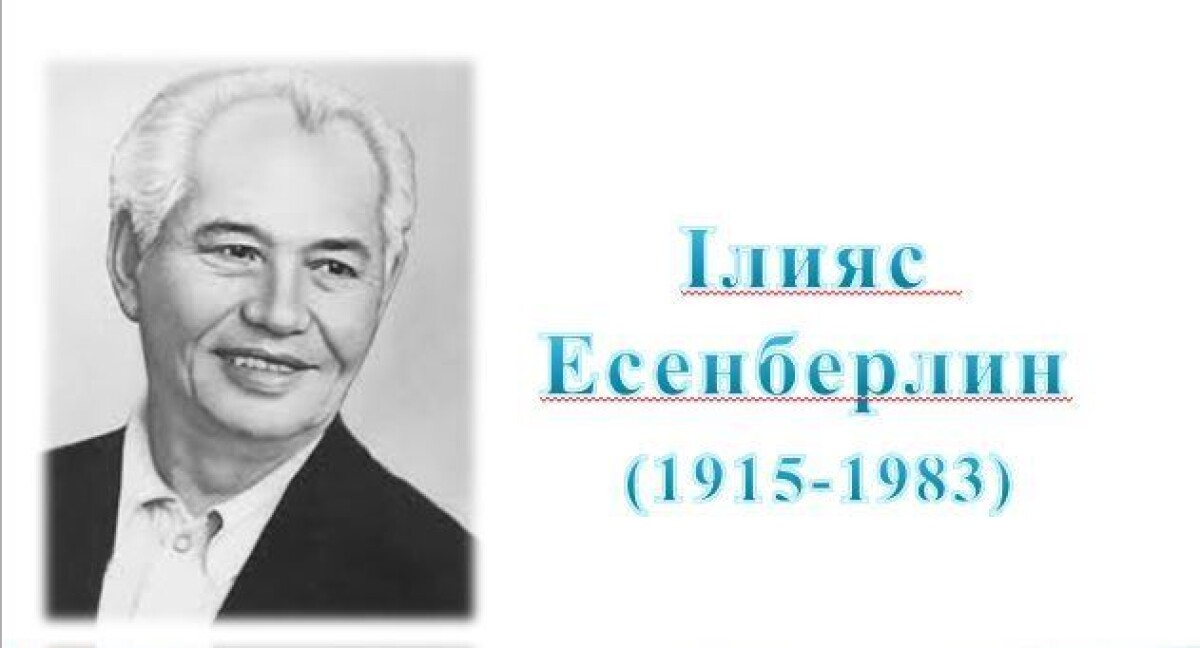 Round table discussion on “Herald of the Kazakh Khanate” will be held at the Institute of the History of the State, Committee of Science, Ministry of Education and Science of Kazakhstan.

January 10, 2014 marks the 100th anniversary of the famous Kazakh Ilyas Esenberlin. On the recommendation of the Scientific Council of the Institute of the History of the State, Committee of Science, Ministry of Education and Science of Kazakhstan, a book of Amangeldy Kashkimbaev entitled "Ilyas Esenberlin (1915-1983)" was prepared and published. The book is devoted to the writer’s life and works and became a part of the series "Uly Dala Tulgalary" ("Great People of the Steppe"). The work was published on the author’s own funds.

The round table is aimed at defining the historical role of Ilyas Esenberlin’s works in the process of shaping patriotic spirit of today’s readers.

Ilyas Esenberlin was an outstanding Kazakh writer, poet, scriptwriter, and dramatist. He won the State Prize of the Kazakh Soviet Socialist Republic. His trilogy "Koshpendiler" ("The Nomads") made the name of the writer known throughout the world. The novel still makes a significant contribution to the process of shaping patriotism in Kazakhstan and development of respect to the Motherland.

According to the press service of the Institute, participants of the round table will discuss issues related to the writer’s works, his life and new facts revealed by the author of the book mentioned above.

During the round table discussion the following speakers will give presentations: doctor of philological sciences, Professor Tursyn Zhurtbay, who was closely acquainted with Ilyas Esenberlin; the writer’s student, journalist of the newspaper Egemen Kazakhstan Zhylkybay Zhagyparuly; famous scientist Rakhymzhan Turysbek and many others.

The round table will also be attended by the members of Parliament of the Republic of Kazakhstan, public figures, national scientists, chiefs of research institutes, universities, lecturers of history and other humanitarian sciences, teachers of history from secondary schools and representatives of the mass media.

The book of Amangeldy Kashkimbaev about Ilyas Esenberlin’s life and works was written from historical and educational perspective. The idea was fully supported by national scholars. Working on it the author used the materials taken from museums and archives of the following cities: Almaty, Zhezkazgan, Kyzylorda, Atbasar. In addition, Amangeldy Kashkimbaev’s work provides memories of Ilyas Esenberlin’s relatives and contemporaries.

Telling about childhood, youth and creative way of Ilyas Esenberlin, describing in details those moments which influenced shaping of his character and worldviews, the author of the book has a main purpose to show an example of life of the real patriot.