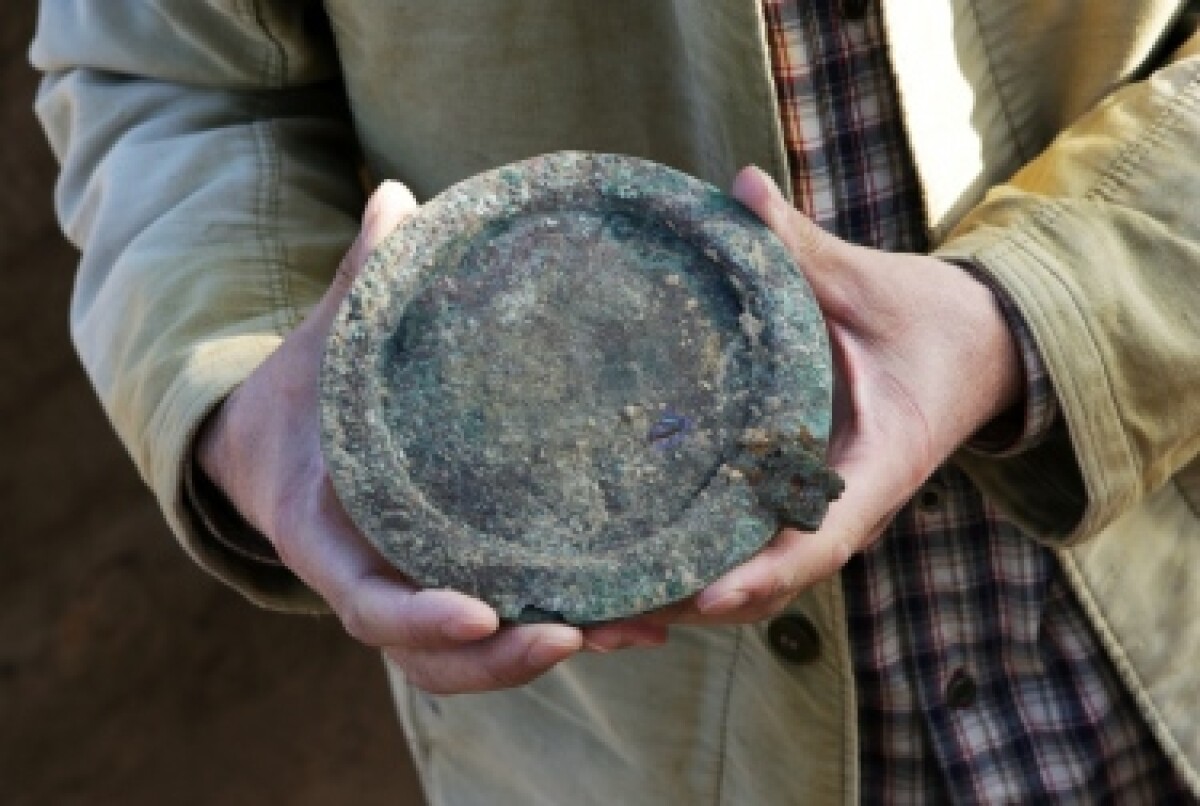 Expedition of the Museum of the History of Almaty city discovered unique historical artefacts during excavations in the burial mounds Kok-Kaynar.

Today the staff of the Museum of the History of Almaty (the city of Almaty) has informed our website about unique discovery of the archaeological expedition which was financed by the Department of Culture of Almaty administration. During the excavations held last November in the burial mounds named Kok-Kaynar, which is located in microdistrict Kok-Kaynar, Alatau area, the city of Akmaty, archaeologists from the Museum of the History of Almaty found several historical artefacts. However, only today they have told about this.

The report stated that one of those discoveries was golden figurine of a feline predator which was produced by ancient craftsmen. It was found in the barrow number 2 of the burial mounds Kok-Kaynar. This tiny golden object (the length is only 3.3 cm and the height is 2 cm) was made of two stamped and textured plates. The plates are combined together and form the small sculptural figurine. Conditionally the artefact was named by archaeologists as "playing kitten". The reason is the pose of this animal: its forelegs are out-stretched forward, the croup is in the upper position and the tail of the predator is twisted in a ring. The museum staffs believe that this figurine could be an element of a magic composition from a headdress. It dates back to the 4th century BC. 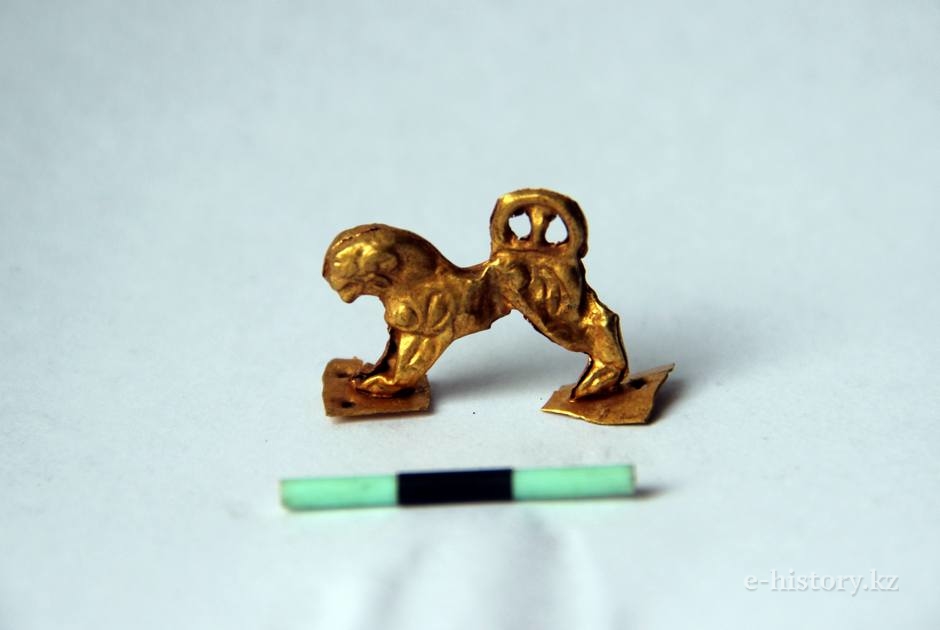 Another one no less interesting discovery is a golden plate depicting a bird from the barrow number 2 of the burial mounds Kok-Kaynar. The report contains the information about the size of this production. The plate is only 2.2 cm in height and 1.8 cm in width). The museum researchers suppose that an ancient craftsman depicted a bird of prey on tis artefact. Looking at the historical finding we can see that the head of the bird is turned to the left side, it has a huge beak and its wings are widely spread and pulled down. The archaeological report states that the given image is considered to be a heraldic symbol. Same as the previous object the plate dates back to the 4th century BC. 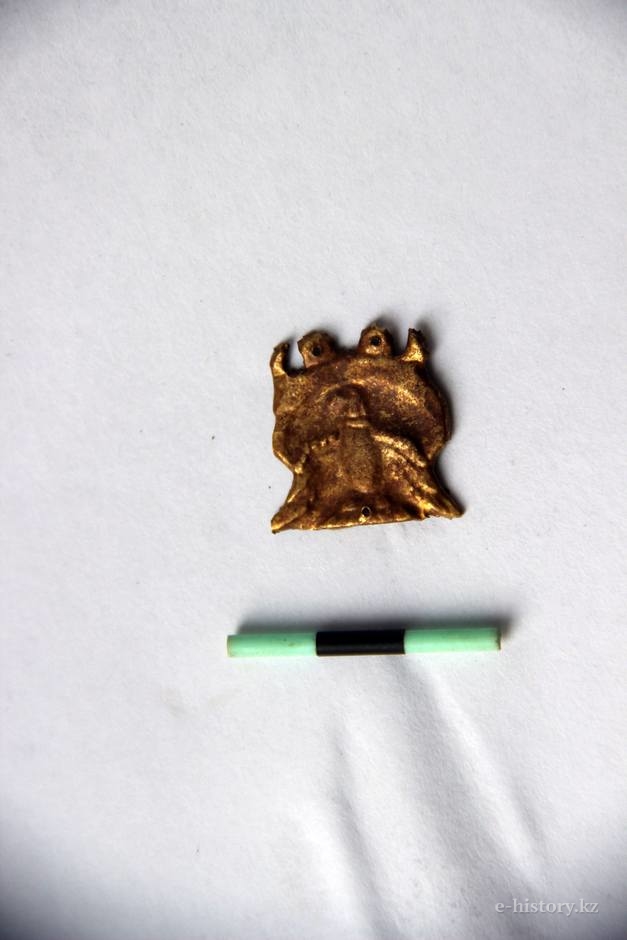 The third archaeological artefact is a bronze mirror which was discovered in the barrow number 1 of the burial mounds Kok-Kaynar. It dates back to the 2nd century BC — 2nd century AD. The artefact is a round mirror with a diameter of 15 cm. It has a handle which length is 8 cm. The mirror consists of a round bronze disk with a kind of protuberance and a round ring-shaped bronze thin rim which width is 2 cm. The disk of the mirror and the rim are soldered to each other. 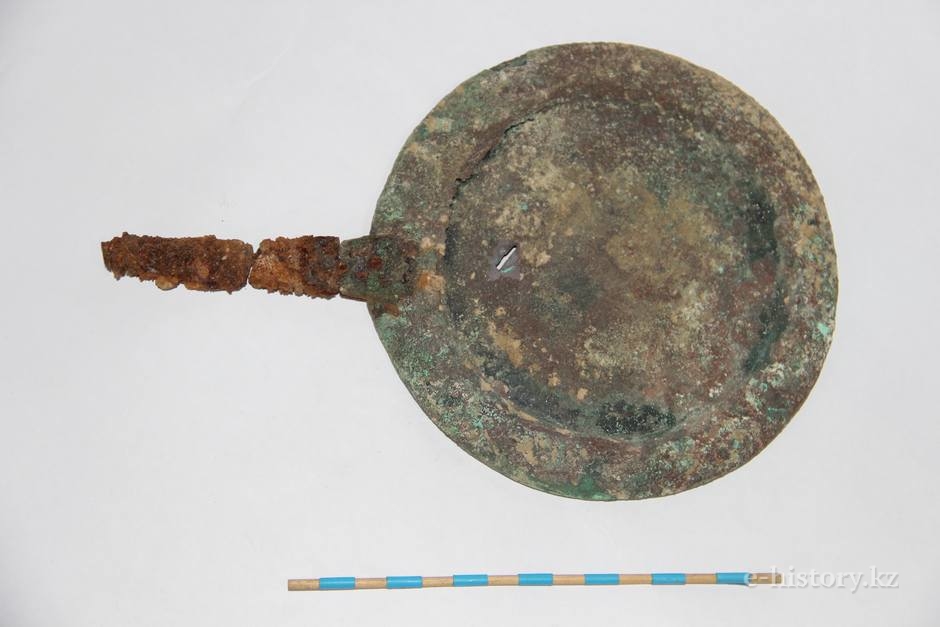 The unique historical artefacts are placed to the funds of the Museum of the History of Almaty.