Home News Other Comet Churyumov-Gerasimenko. The discovery made in Alma-Ata

Comet Churyumov-Gerasimenko. The discovery made in Alma-Ata 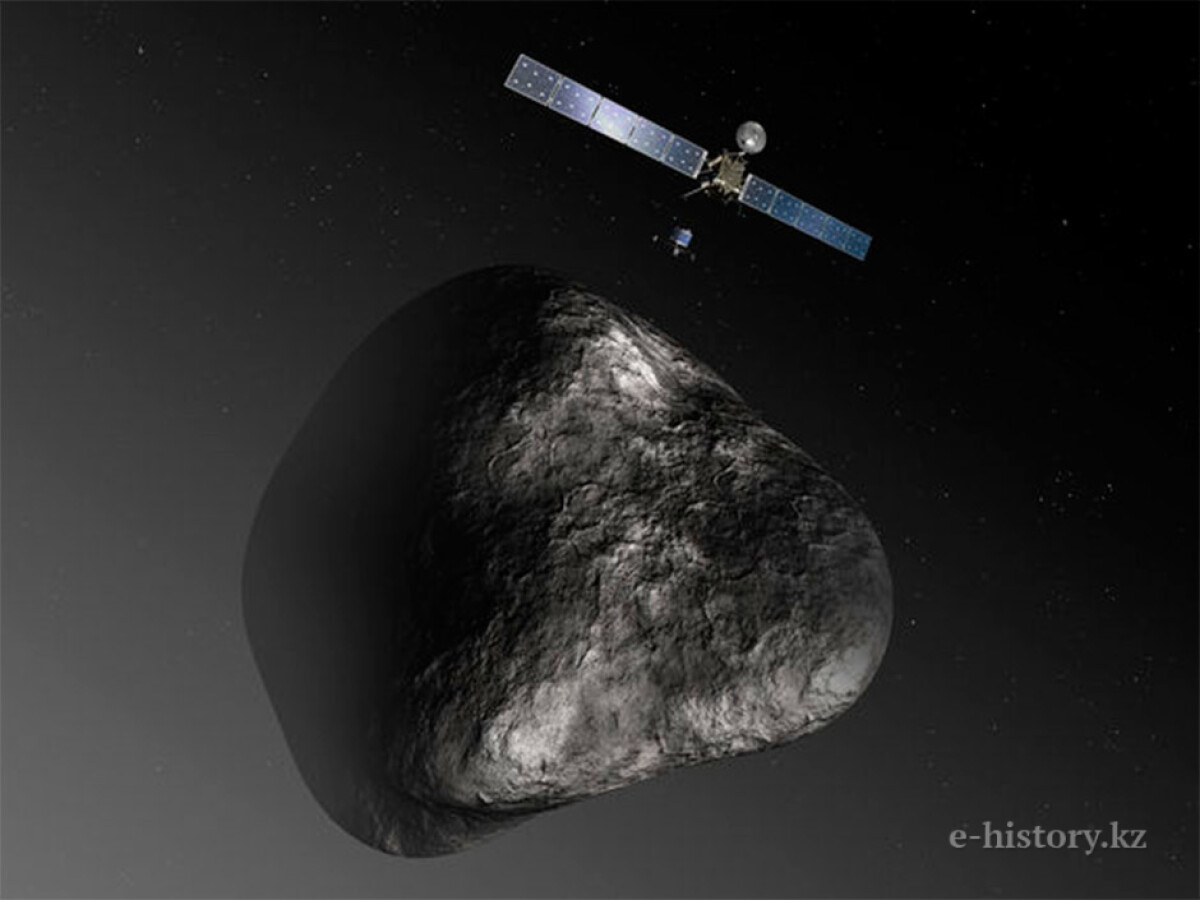 Incredible achievement made by the European Space Agency (the mission’s lander, Philae, touched down on the comet Churyumov-Gerasimenko) is hitting the world headlines. But only few journalists mentioned that the celestial body was discovered on the territory of our republic — it was first identified from the Institute of Astrophysics in the city of Alma-Ata (now named Almaty).

That was a lucky discovery. At the end of August 1969 young astronomers from Kiev, Klim Churyumov and Svetlana Gerasimenko, observed already known comets. It occurred at the Observatory Kamenskoe Plato (Stone Plateau) not far from Alma-Ata. 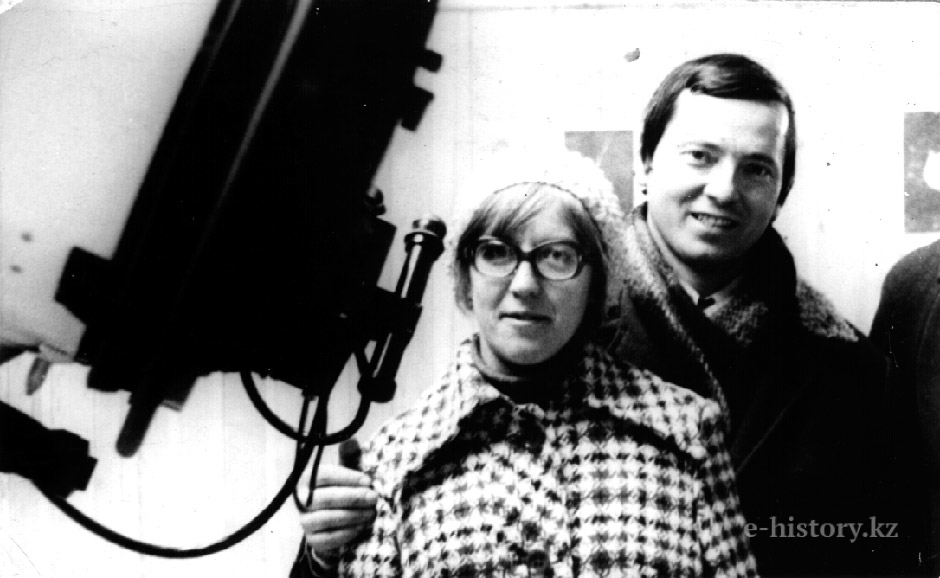 "In 1969-1970 Sveta Gerasimenko and I were postgraduate students. I studied at the Institute of Astrophysics in Alma-Ata; my supervisor was D. A. Rozhkovskiy. Svetlana was a student of the Kiev University and supervised by the famous expert on comets S. K. Vsekhsvyatskiy. We observed our objects in shifts using the Institute’s telescope. We were roommates at the student residency and shared all living and working concerns. In that way we became friends" — Svetlana’s friend, Larisa Pavlova (Senior Researcher of the V. Fesenkov Astrophysical Institute), recalls. 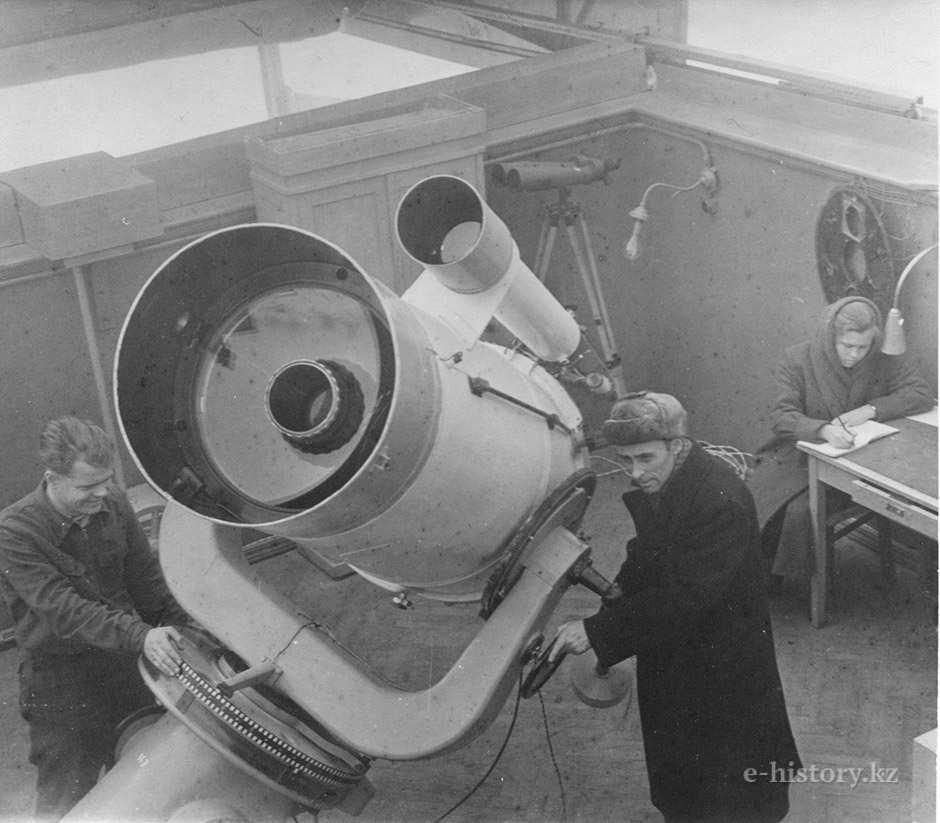 Staff of the Institute of Astrophysics, Alma-Ata

At that time researchers from other Soviet Republics arrived to Alma-Ata to work in our observatory. The reason was that in 1950 the unique for that period Maksutov 50-cm meniscus telescope was installed at the Observatory Kamenskoe Plato. It had a wide field-of-view, so its photographs showed vast star fields and reflected both observed and other weak objects. 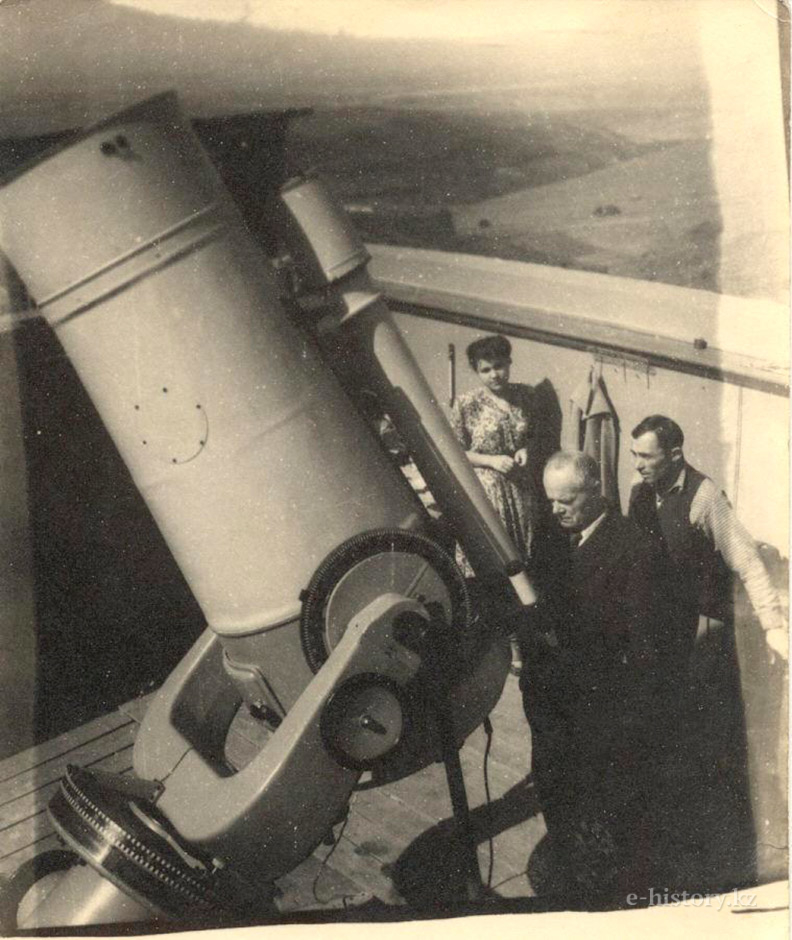 The first big telescope at the observatory in Alma-Ata, 1950 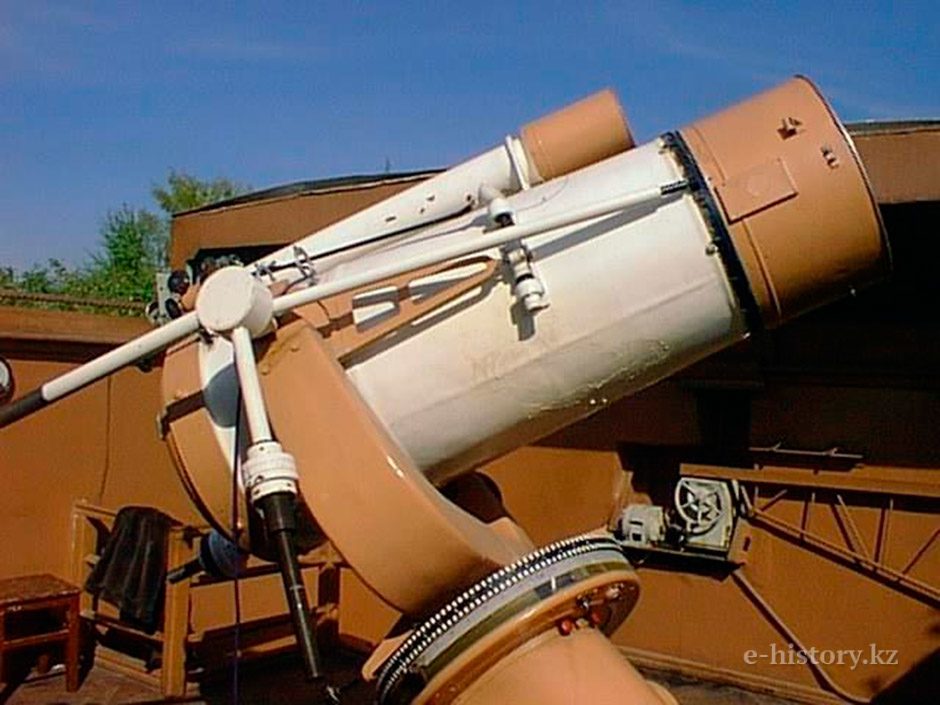 However, it should be mentioned that the observatory’s location was the most appropriate place for observing space objects — clear sky of the Trans-Ili Alatau foothills favoured scientific work.

That was the time when in summer 1969 astronomers from Kiev took photographs of the night sky, observing each region twice at an interval of 20-30 minutes. Such technique used both to observe transient objects and reveal unknown comets — comparing photos of the same field made at different periods of time, new space objects can be observed against the background of the fixed stars, and can be easily identified.

On September 11, 1969 processing one of the photographic plates Svetlana noticed several defects and wanted to throw them as she considered them to be damaged. However, she didn’t do that and took the photos to Ukraine. In October of the same year the two astronomers started detailed analysis of the plates and saw completely unidentified comet 67P/Churyumov-Gerasimenko.

The comet, discovered on the territory of Kazakhstan, was included into the catalogue of short-term comets and is regularly observed during its appearances. It is planned to continue studying the comet until December 2015.

Svetlana Gerasimenko has been living in Dushanbe for 40 years. She often recalls the Alma-Ata expedition and stays in touch with her friends from Kazakhstan.

"We are still in contact as university friends keep in touch throughout life" — Larisa Pavlova smiles.

This article has been prepared with the support of the V. Fesenkov Astrophysical Institute