Home News Other Graves of sultans were discovered in Pavlodar region

Graves of sultans were discovered in Pavlodar region 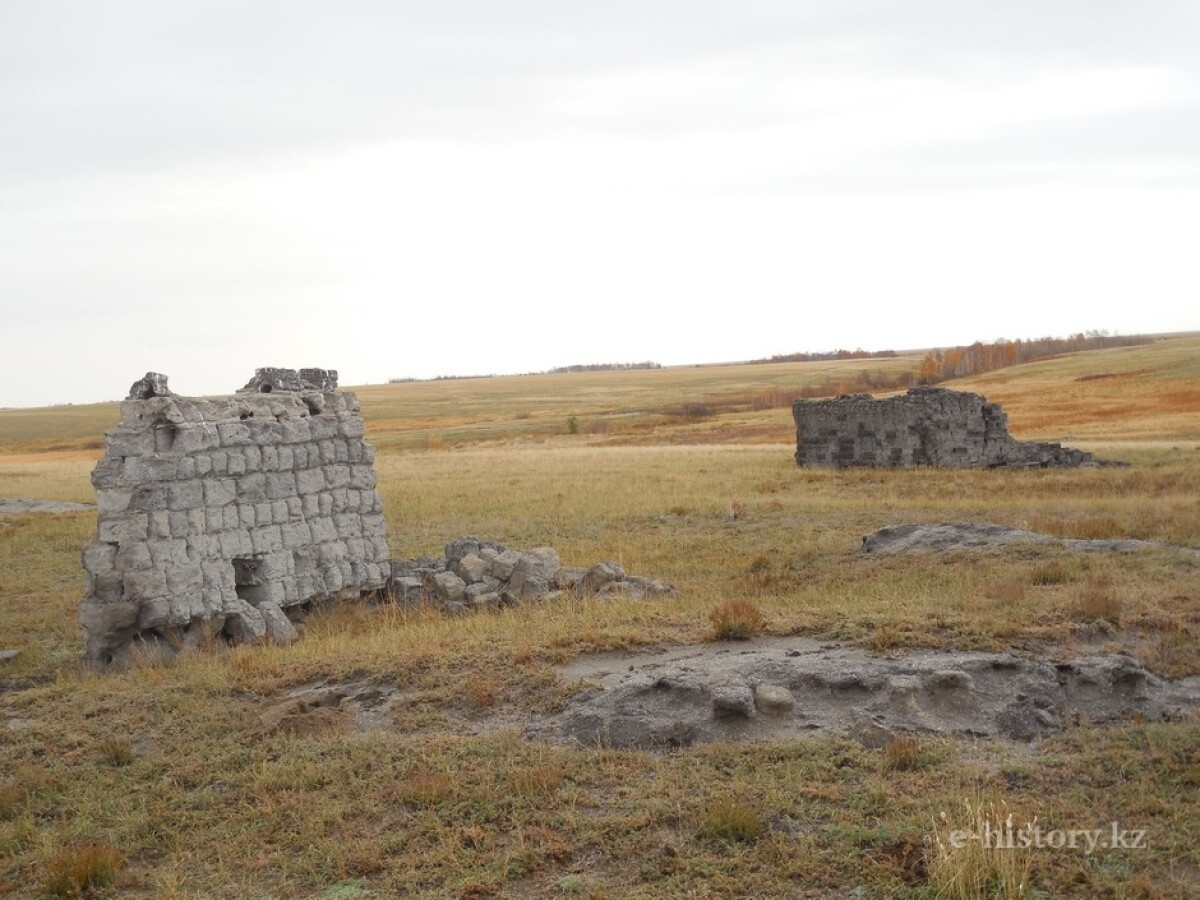 Historian Dauren Ayashinov has examined archives in Kazakhstan and Russia and discovered accurate location of graves of sultans, relatives of Ablaykhan, from Maraldinskaya volost, Pavlodar region

It took the scientist more than a year to find archival information to prove that crumbling graves on the bank of Maraldy Lake were the burial place of sultans who moved to the territory of modern Pavlodar region in the 18th century.

Kazakhs of the Middle Zhuz were the nominal subjects of the Russian Empire up to the 19th century. The Tsarist Government didn’t have a real power in Kazakh steppe, except the right bank of the Irtysh River. This is reflected in the order of Tsar Peter I of 23 July 1798. According to the document all the Kazakhs of the Middle Horde who expressed the desire to accept the sovereignty of Russia obtained the right to settle between Omsk and Semipalatinsk fortresses. As a result, around 15 thousand kibitkas migrated to the right bank of the Irtysh River and settled in Kulundinskaya Steppe [1]. The order was preceded by numerous applications from sultans who made enormous strides in obtaining fertile pastures for Kazakhs living of the left bank of the river [2]. 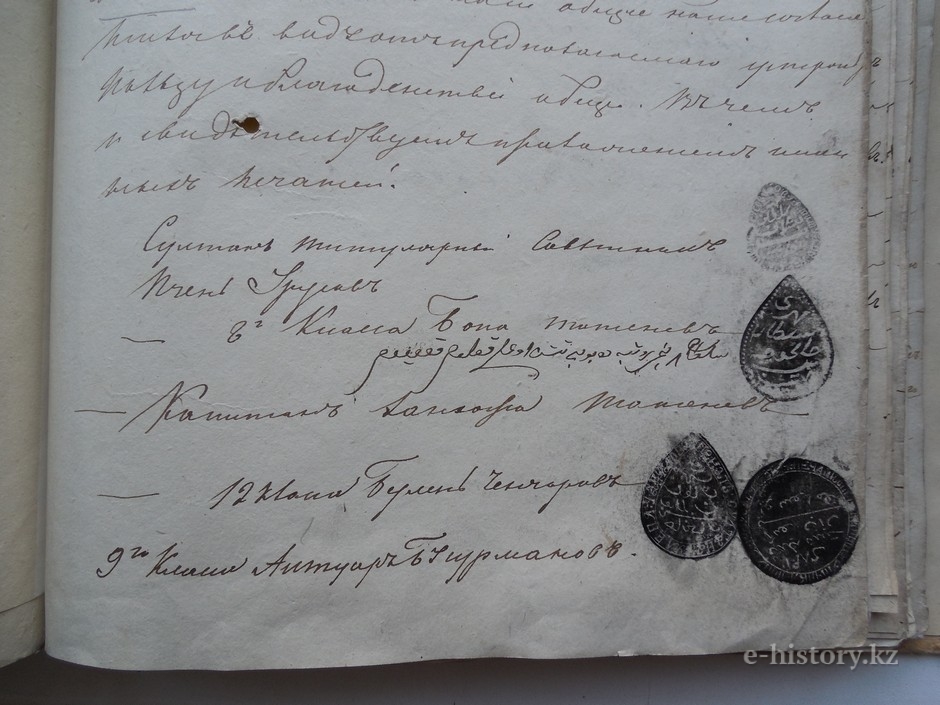 At that period sultans Shanshar Sultanmametov and Urus Sultanmametov (or Sultanbetov, Mametov in other archival and ethnographic materials) moved to the right bank of the Irtysh River together with the Basentiin and Uak clans. In 1985 Captain Andreev noted the following in his work on describing nomad camps of the Middle Horde: "However, Urus-sultan, the son of Sultanmamet-sultan, is considered to be the ruler of the whole volost (Basentiinskaya — author’s note). Being in Moscow at the Her Imperial Majesty’s crowing ceremony he was awarded a golden medal. In winter he lives in constructed especially for him wooden house in Chernaya village [3].

Thanks to 2-verst map of 1878 (originals are in the Military-Historical Archive of the Russian Federation, the city of Moscow, part of them preserved in Omsk, Barnaul, Pavlodar, East-Kazakhstan archives) [4] I managed to find the burial place of Taten Urusov and his descendants.

On October 8, 2014 with the support of Shamshidenov Kairbolat Kamaridenovich, an old man from Pavlodar, and led by the former akim (mayor) of Zhyly-Bulak village Meyrmanov Mendybay in off-road conditions attempting a second time we managed to reach this place. We discovered four burial places, preserved fragments of walls and 6-8 destructed graves.

According to Mendybay Meyrmanov, who had been working as akim of the village for many years, before nobody knew who was buried in these graves.

Nowadays no one descendant of Tore clan lives on the village. Therefore it was difficult to find information about the 50-year history of this place. Maraldy Lake has expanded its borders and come closer to the bank. Mendybay Meyrmanov remembers that in childhood he saw around ten graves here. This means that those located closer to the bank were destroyed. Unfortunately, this process is going on today. 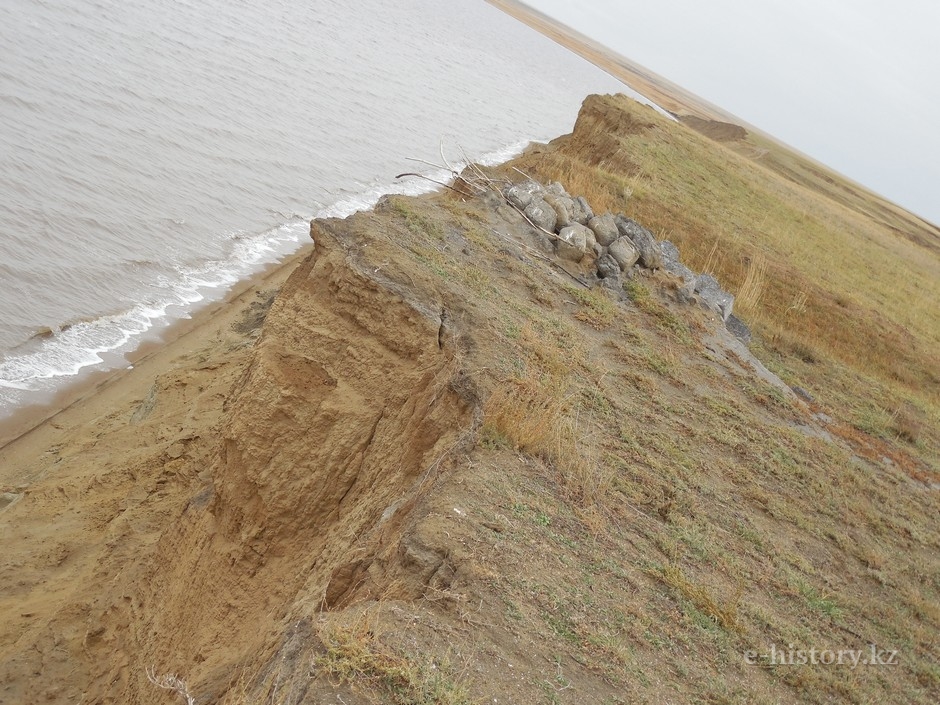 Each spring, wherever possible, dwellers of the village collect bones brought to shore by water and rebury them.

It should be noted that in the past 10 years Maraldy Lake became the favorite place for healing citizens of Pavlodar. Each summer comers occupy the lake’s bank and I believe that the burial pace of sultans must be fenced. 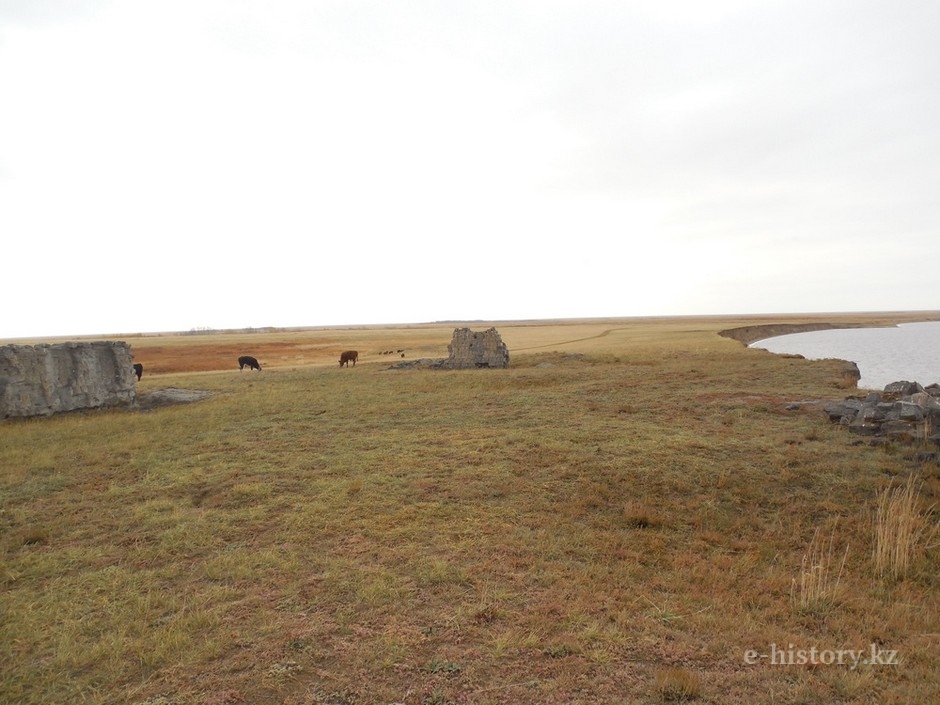 Currently, the highest point of this place is situated approximately 150 meters from the bank where the most ancient graves are preserved. I hope that the earliest graves are intact. In any case it is necessary to strengthen the bank. I believe that this publication will generate feedback within a wide circle of readers who are not indifferent to the history of their native land and memory of ancestors.