Home News Other Cultural walk: Museum of the Art of Singing of Maira Shamsutdinova

Cultural walk: Museum of the Art of Singing of Maira Shamsutdinova 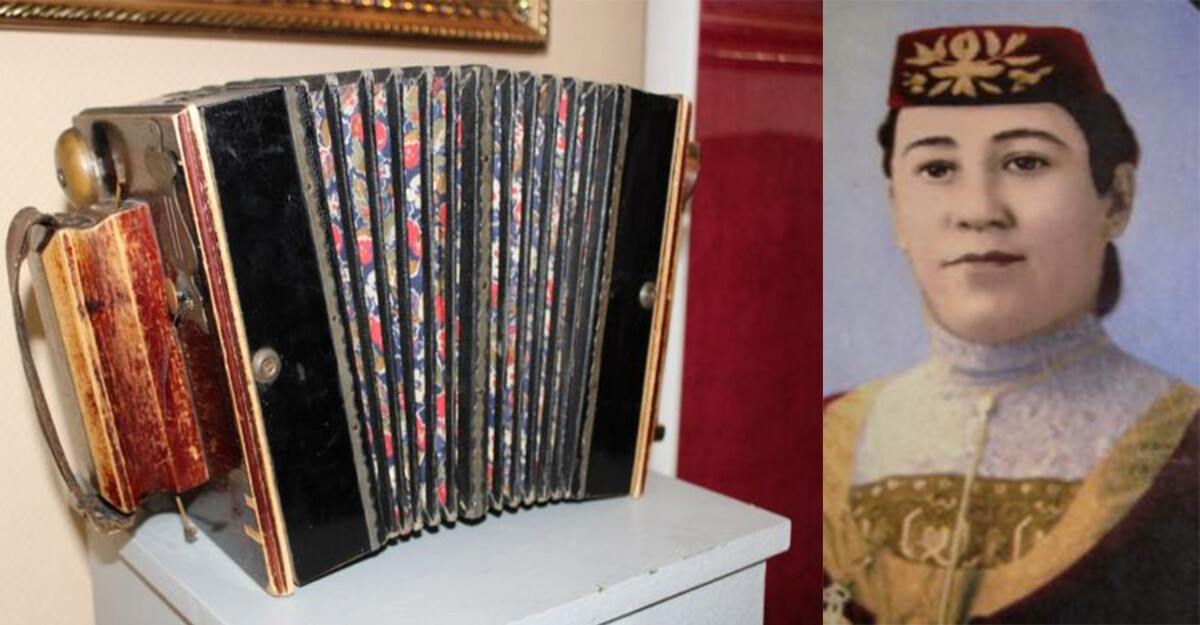 Hundred years passed since the strong and orotund voice of Maira Shamsutdinova could be heard over Irtysh.

Up till now there are old timer buildings, who come to Pavlodar museum bearing a name of the well-known singer with memories, not their own, but their parents or grandfathers, about famous Maira.

Unique museum of the Art of Museum named after Maira Shamsutdinova locates in Pavlodar in the house, which is architectural monument, build in 1900 by the famous merchant of 20th century Abdul Fattah Ramazanov. 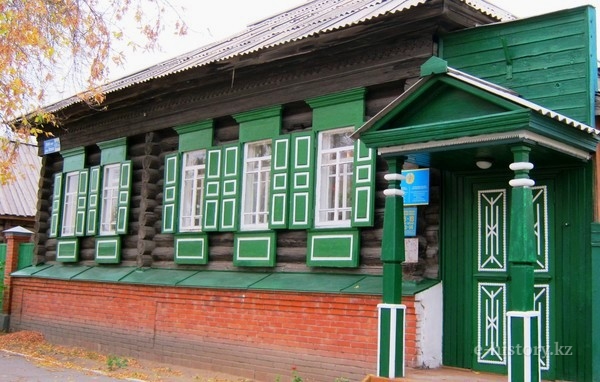 Exposition of the museum represents the documents and photographs, which reflect life and work of singer. Along with photographs shown valuable for museum exhibits: memorial board with the inscription, which hung at the corner of the house of the merchant Kystaubayev, where lived Maira (Lenin Street, 167), the accordion "Talyanka" of 1916, which belonged to Maira’s student Kazyna Subekova. Maira’s personal belongings such as a big drinking bowl, chapan (caftan) made of red silk brought the particular interest of the visitors of the museum. 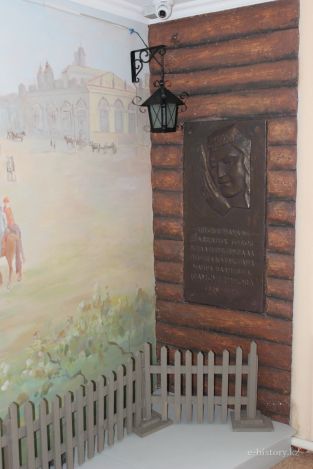 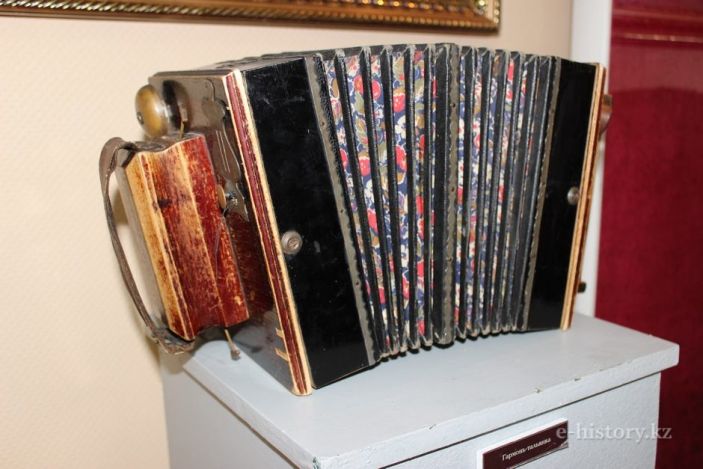 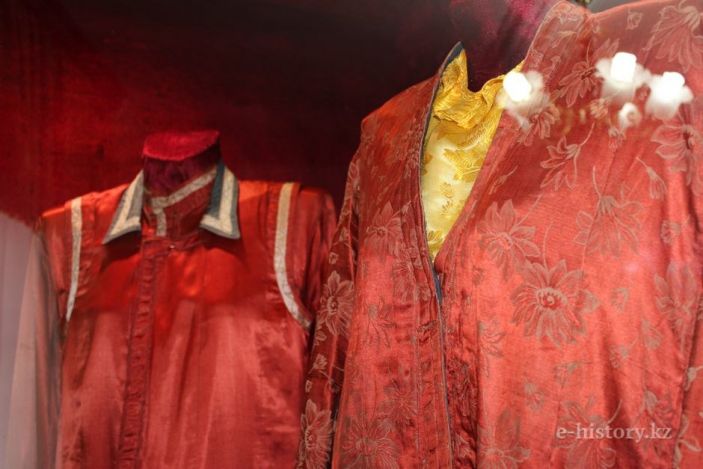 Maira's belongings
The interior of the room of the 20th century is recreated in the second hall of the museum. The exhibits like a combined iron bed of the singer with handmade bedding and curtains (shymyldyk), takes a central place in the interior. 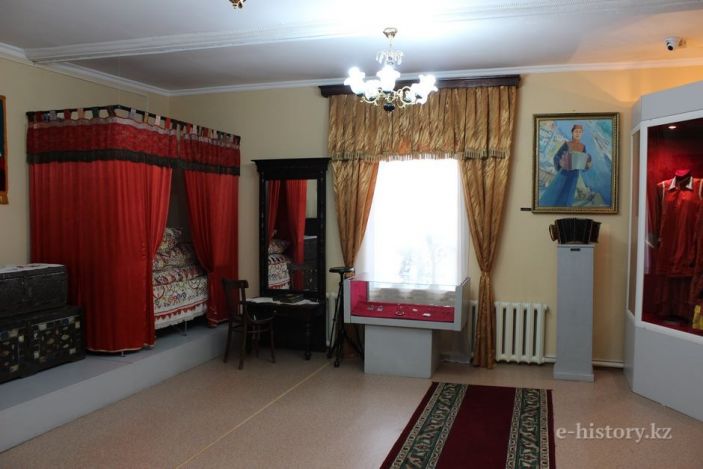 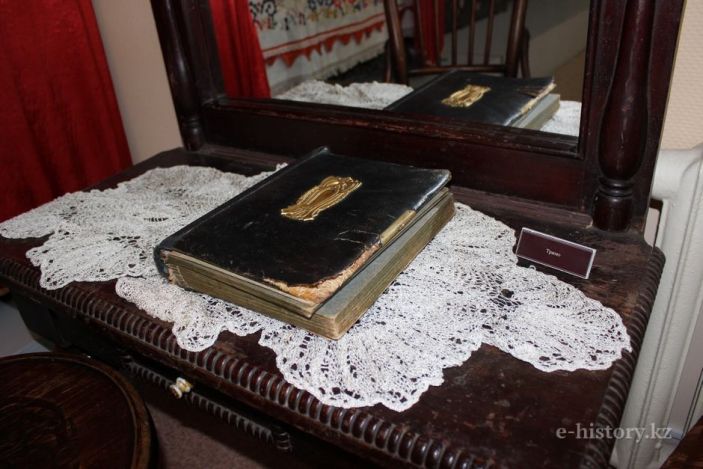 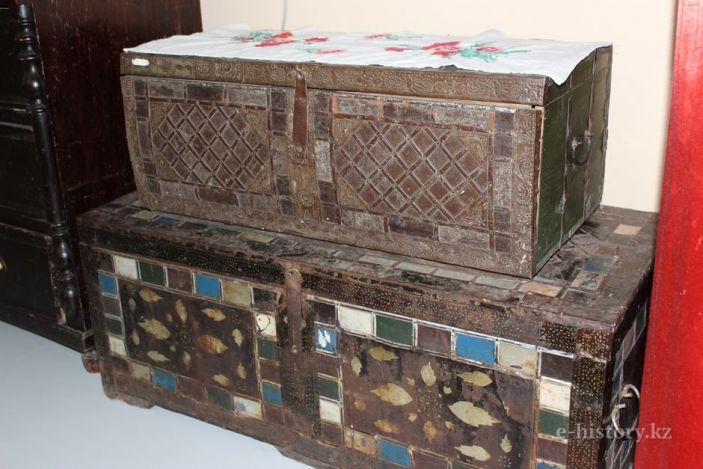 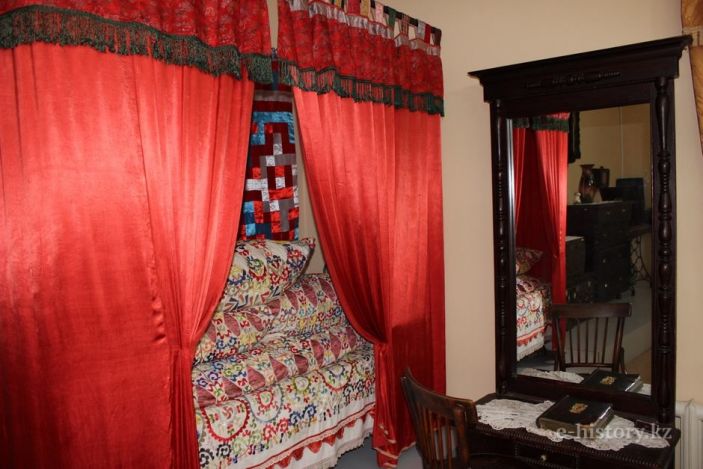 Iron bed belonging to the singer

Maira was born in 1890, in the family of Pavlodar tailor sewing caps Uali Shamsutdinov and his wife Katira. The girl was extraordinary and talented child. She had a beautiful and strong voice, also perfect hearing and by her singing was impossible not to admire. Maira’s parents did not have financial opportunities to give her musical education, but bought the daughter an accordion- talyanka. Maira quickly fell in love with the tool and easily mastered it. The next step in her life was writing her own songs and tunes. 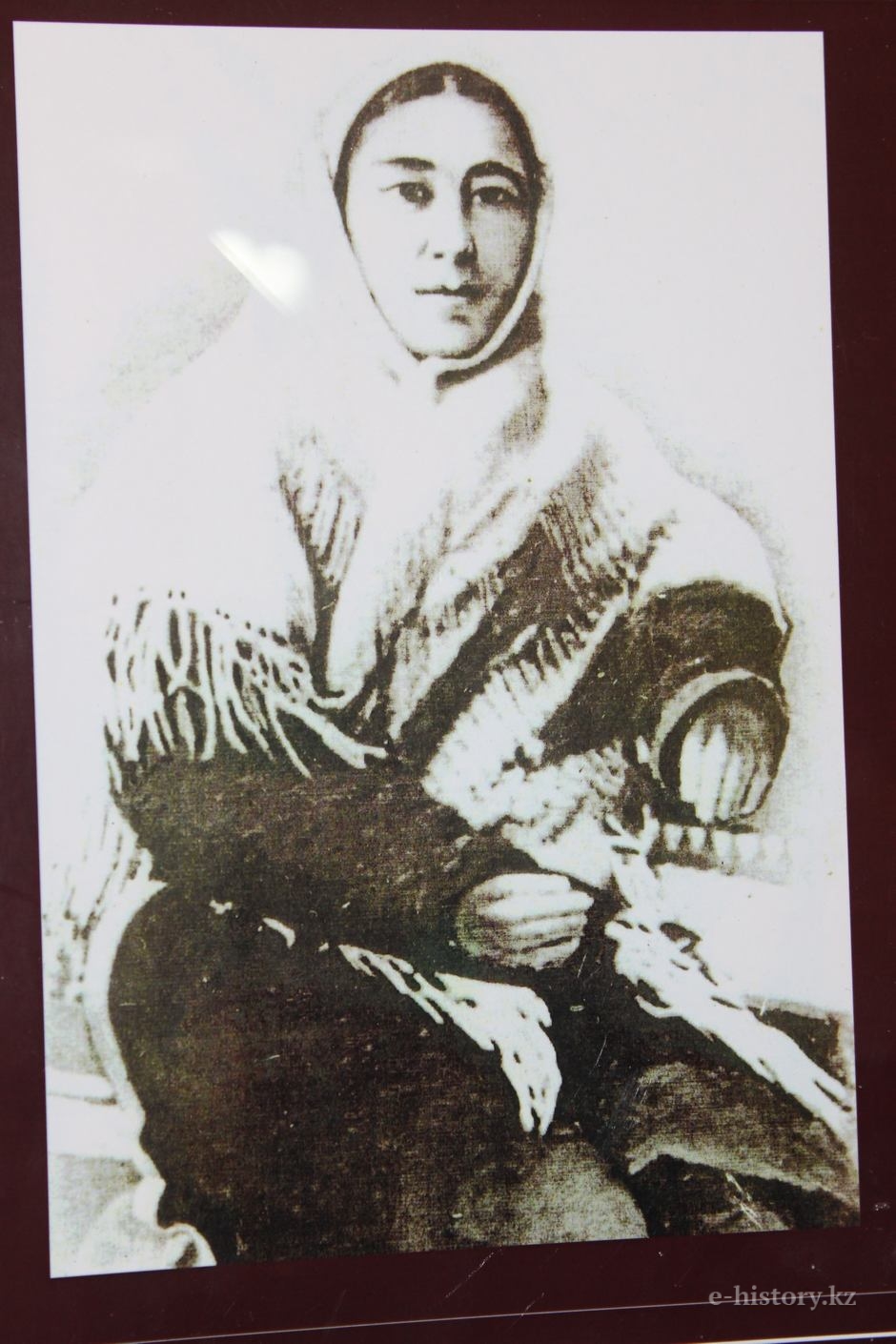 She performed in the local fairs, teahouses, in the store where selling kumis (mare’s milk) was and always found grateful listeners. Everyone was admired by her voice as she could perfume from complex classical compositions to national songs. She had big vocal range that gave it the chance to sing difficult songs, appropriate for men. 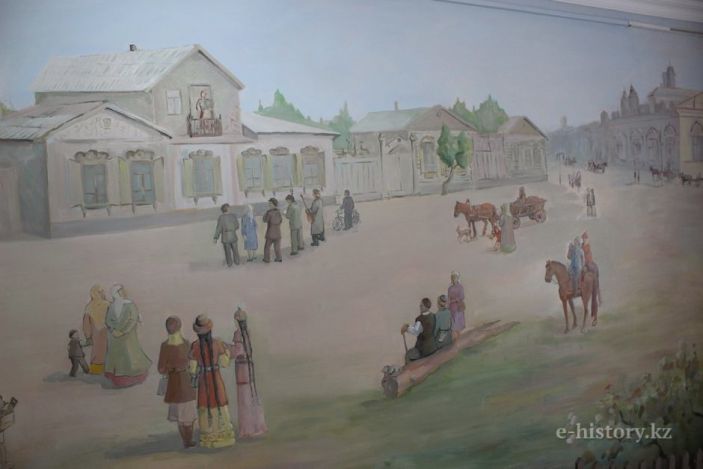 One noble man Zharmukhamed Bilyalov was charmed by Maira’s beauty and voice. He was eligible bachelor from wealthy family. His parents were not pleased by his son’s choice. The daughter of tailor sewing caps was not a couple for their son. However, Zharmukhamed was stubborn, and parents had no choice. Newlyweds were happy. Although, their happiness lasted not so long: soon he died from tuberculosis. 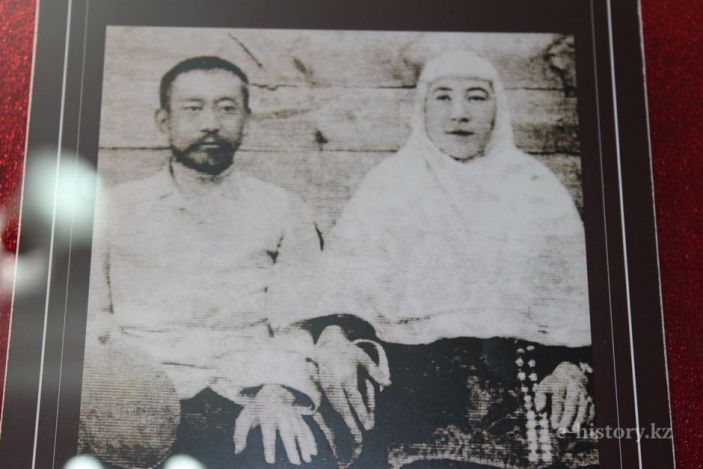 Maira with her husband

The big admirer of the Kazakh folk music Alexander Zatayevich for a long time wanted to get acquainted with Maira Shamsutdinova. 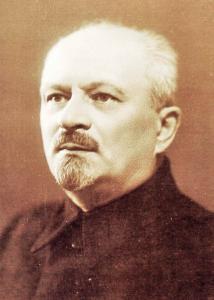 Once in the summer he floated across Irtysh by steamship, and heard unusually beautiful female voice. He went to the deck and saw the singing woman. It was Maira, about whom he heard a lot. He got acquainted with the singer, and asked her to sing to him the songs. In the same place on the deck, Zatayevich himself wrote words and music of these songs. Only thanks to him 14 songs of Maira Shamsutdinova repertoire reached up to now. 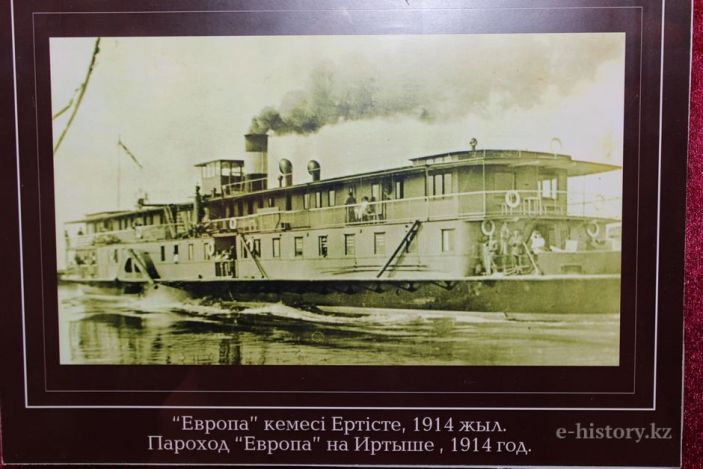 The steamship where A. Zataevich and M. Shamsutdinova met each other

Alexander Zatayevich foresaw a big future of the talented singer, and managed to make Maira many tempting offers concerning her future performances. Although, these plans left unrealized. The meeting on steamship occurred in the summer of 1926, and in January, 1927 Maira died. 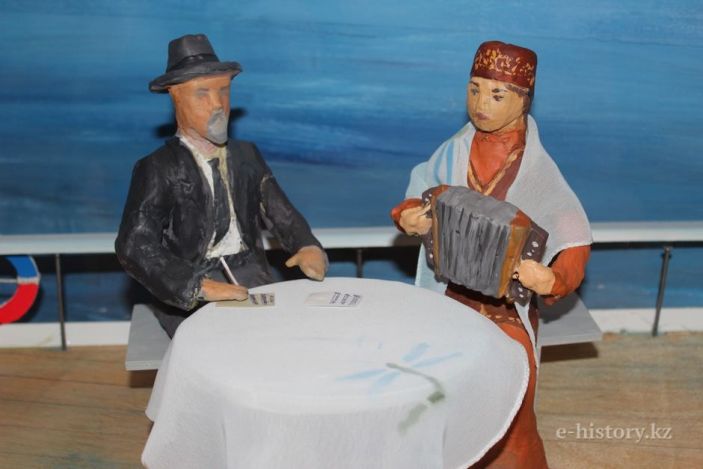 For the short life Maira formed about 10 songs which were included into the collection "1000 and 500 songs of the Kazakh people" of the famous ethnographer A. Zatayevich. The most popular among these songs is the autobiographical song "Maira".