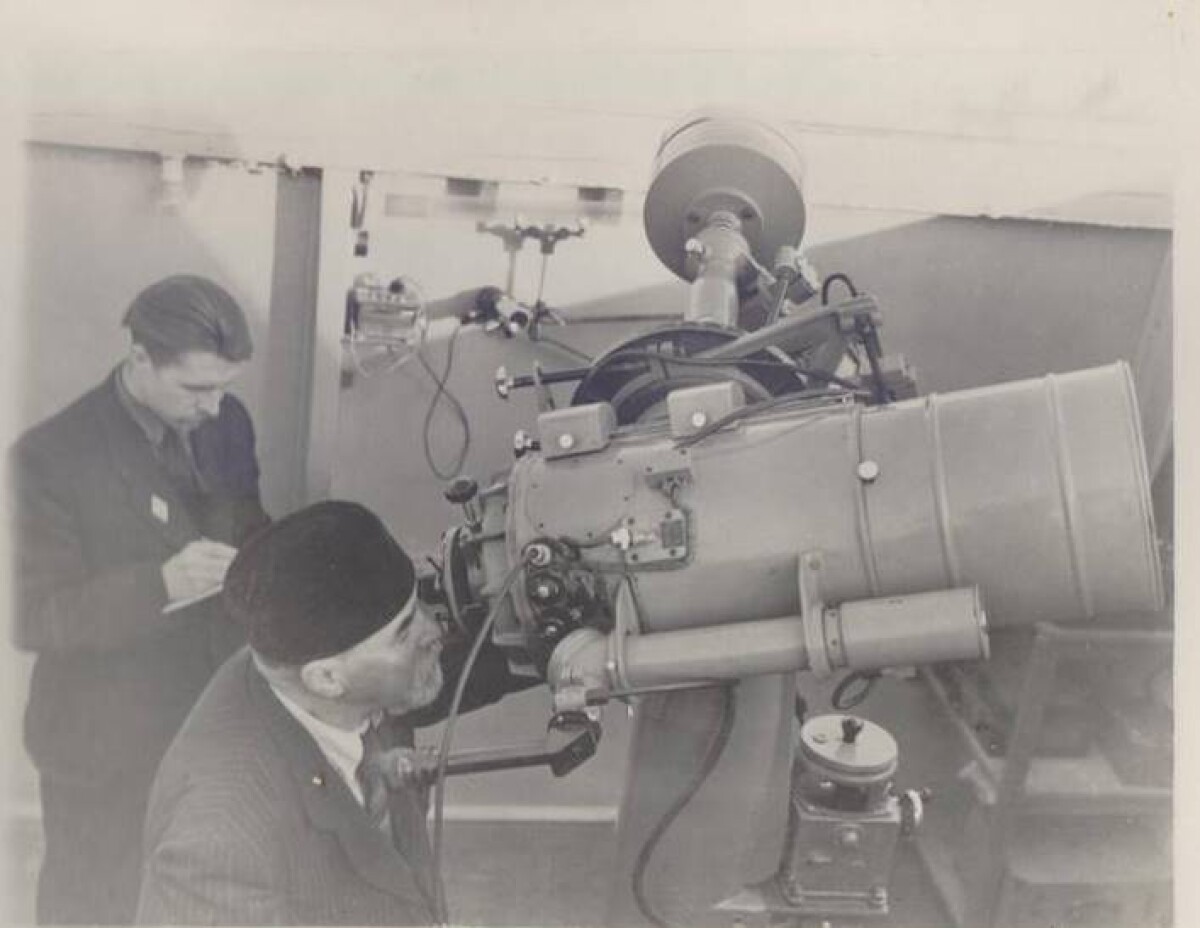 Establishment of the Academy of Sciences in the Kazakh SSR will celebrate its 70th anniversary in 2016, which is less than two years away. Its history is a history of development of science in Kazakhstan. The heights achieved by national science are based on solid foundation, which was laid by our academicians.

The Academy created opportunities for detailed study and use of natural recourses, research of Kazakhstan’s economy and culture. During the post-war the Academy actively worked on reconstruction and development of economy. Creation of such scientific center indicated the situation in the scientific sphere. Scientists started making much contribution into implementation of state five-year plan. Year by year, the importance of the Academy of Sciences, as a center of fundamental researches, a body for coordination the science. 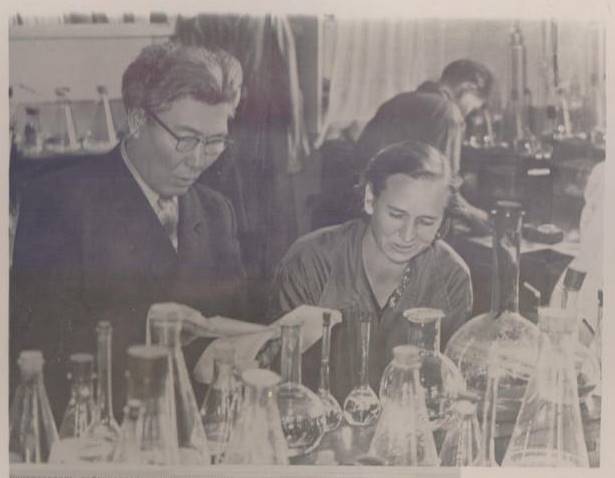 The major scientific institution within the Academy of Sciences was the Institute of Geological Sciences. Its most important objectives were development of theoretical issues, study of subsoil and water resources, geological mapping, study of stratigraphy, volcanism, tectonics, lithology, paleontology.

Completion and publishing of the Integrated Forecast and Metallogenic Map of the Central Kazakhstan in 1956 was the outstanding achievement of scientists — geologists headed by academician K. I. Satpaev. 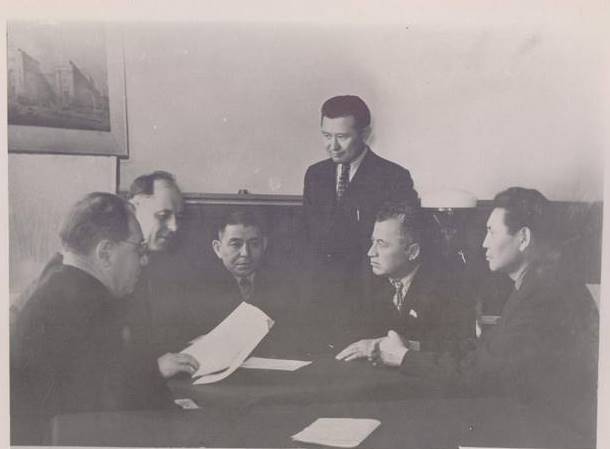 The Institute of Energy was established in the same year. The main trend in its activity was study of all energy resources in the republic. At the same time the scientists worked out the methods of integrated energy resources management and electrification in agriculture. They combined resolution of current economic issues and detailed theoretical researches.

Scientific achievements of the Institute of Chemical Sciences established in 1945 had special economic and theoretical significance. The main spheres of its scientific activities were study of the richest mineral resources in the republic, researches in the area of electrochemical and amalgam processes to deal with the needs of metallurgy, examination of oil and coal in the republic to develop methods of using waste of oil-refining industry, to name but a few.

The Institute of Metallurgy and Enrichment (1946) was aimed at searching new efficient methods, enrichment and full-scale processing of polymetallic ores and industrial semi-products. 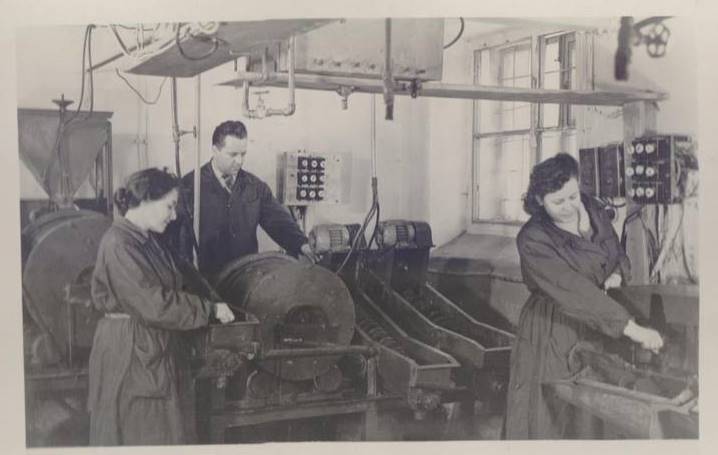 The Branch of Physical and Mathematical Sciences was headed by academician K. P. Persidskiy. The branch included two institutes, two divisions and one laboratory.

Astrophysical Institute was established in 1950. The most significant achievements of the Institute were publishing the "Atlas of gas and dust nebulas", which was recognized both in the Soviet Union and abroad; establishing the Coronal Station at the height of 2 600 meters; creating the theory of counting higher-order light diffusion.

The Institute of Physics and Technology was established in 1951. It included three laboratories: laboratory of cosmic rays, laboratory of spectral analysis, and laboratory of metallophysics and metallurgical science. The staff of the Institute worked out several atlases of spectral lines and atlases of spectra of elements. Scientists developed the methodology for extraction of rare metals from metallurgical products, worked out prototypes and made several devices which were aimed at measuring pressure on roll bearings.

Seven institutes and the Alma-Ata Botanical Garden were parts of the Branch of Biological and Medical Sciences. Its first chairman was N. V. Pavlov.

Institute of Botany worked on increase and mapping of useful and technical plants in the territory of Kazakhstan. The staff made much contribution into the study of flora in the republic. They conducted geobotanical researches with middle-scale mapping.

The Institute of Physiology became a big scientific and research institution with six laboratories. The staff studied four major problems: nerve-reflex regulation of blood and lymph circulation and breathe; work-related diseases and measures to cope with them; pharmacological study of medicinal raw materials in Kazakhstan; research of physiological regularities in animals in connection with their productivity.

The main aspect of the activities of the Institute of Zoology was study of fauna in Kazakhstan, its origin, development and reconstruction.

The Institute for Soil Studies was established in 1945. The staff developed scientific basis for counting soil resources in Kazakhstan, building soil fertility and condition of lands. Scientists from the Institute produced a soil map of the territory of Kazakhstan dividing it into regions.

The Institute of Experimental and Clinical Surgery tried to solve the problem of industrial and agricultural traumatism.

The Institute of History, Archaeology and Ethnography was established on the basis of Historical Division and conducted researches on the Great Patriotic War, Kazakh statehood, Kazakhstan during the Great Patriotic War, ethnical genesis of Kazakh nation, Kazakh culture and every-day life before the revolution and during the Soviet time. The staff also had archaeological and ethnographic researches.

The Institute of Economy emerged in 1952. The staff studied the problems of political economy; history of national economy; location, development and economy of main agricultural sectors.