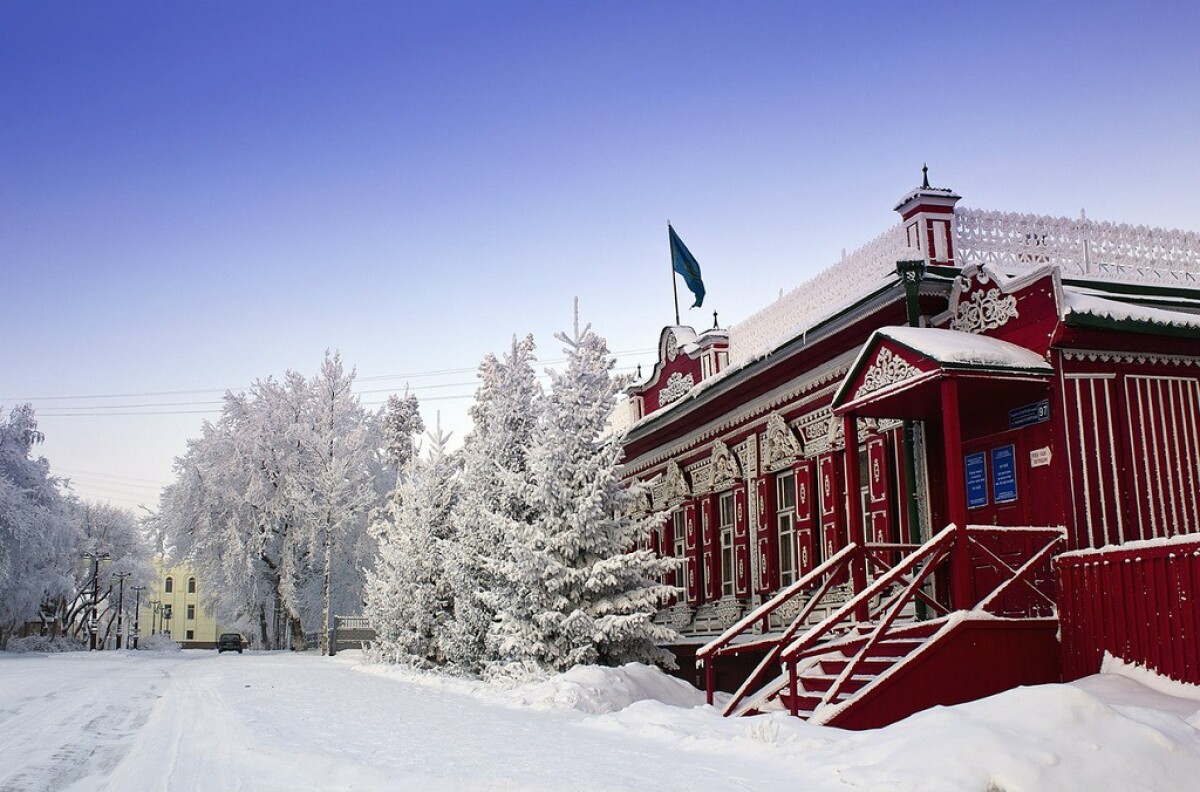 The unique and single in the republic Pavlodar regional museum of literature and art named after Bukhar Zhyrau opened the doors for the first visitors on March 22. 1992.

The museum is located in the beautiful wooden carved house of 1897 construction, a monument history and architecture.

At that time the museum began with only several hundred exhibits, now funds already have in total over 45 thousand manuscripts, books and personal belongings of outstanding cultural figures of the past. We will stop on the most unique exhibits of the museum. 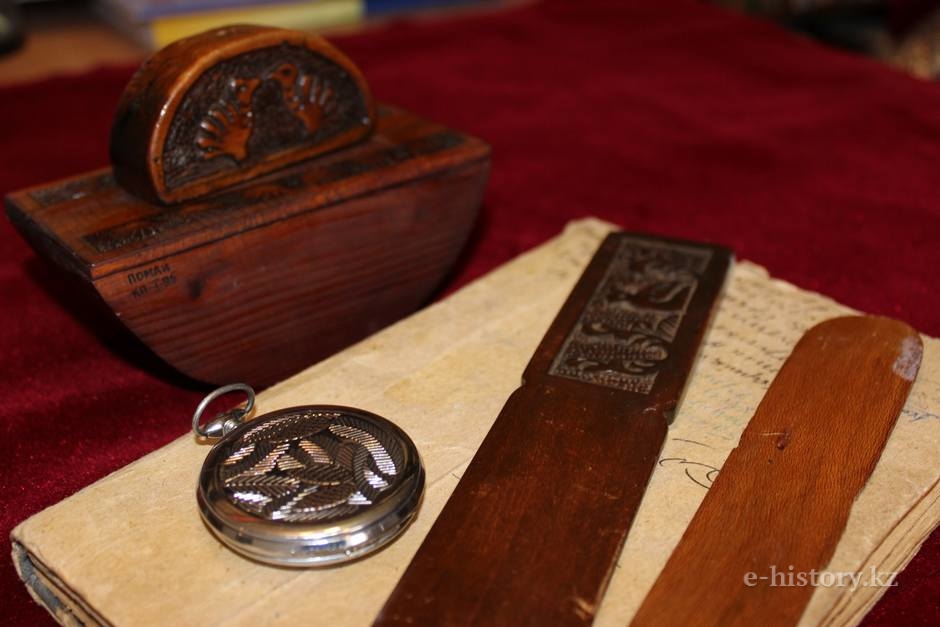 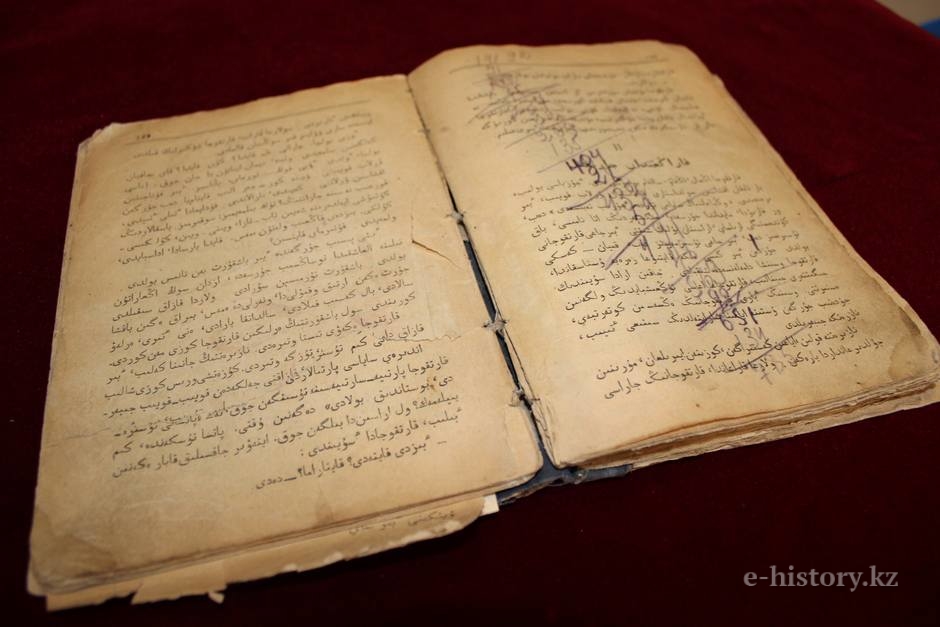 Creative achievement of the writer is the novel "Kartkozha" written at the level of samples of the European prose.

It is known that during lifetime of Zh. Aymautov, 15 of his works were published. But after his execution in 1931 works were destroyed, and storage of his books at home was at that time equivalent to signing itself the death sentence, declaration as «the enemy of the people». On a photo remained copy of "Kartkozha" of that time, 1926. 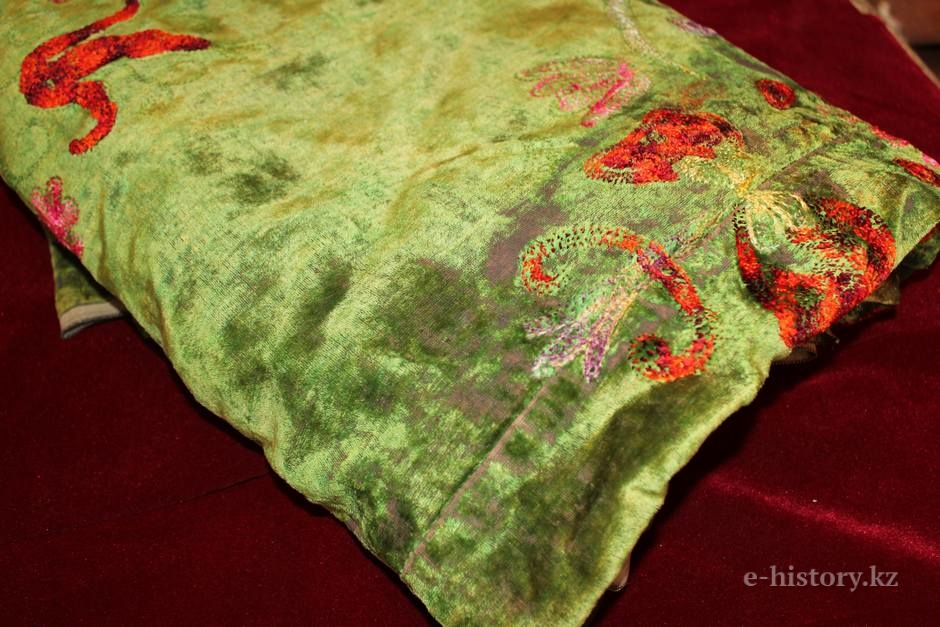 And this carpet "Syuzanna" always hung at a headboard of a bed of Zhusupbek’s parents. It is the work of the Bukhara masters which is specially brought from Bukhara. 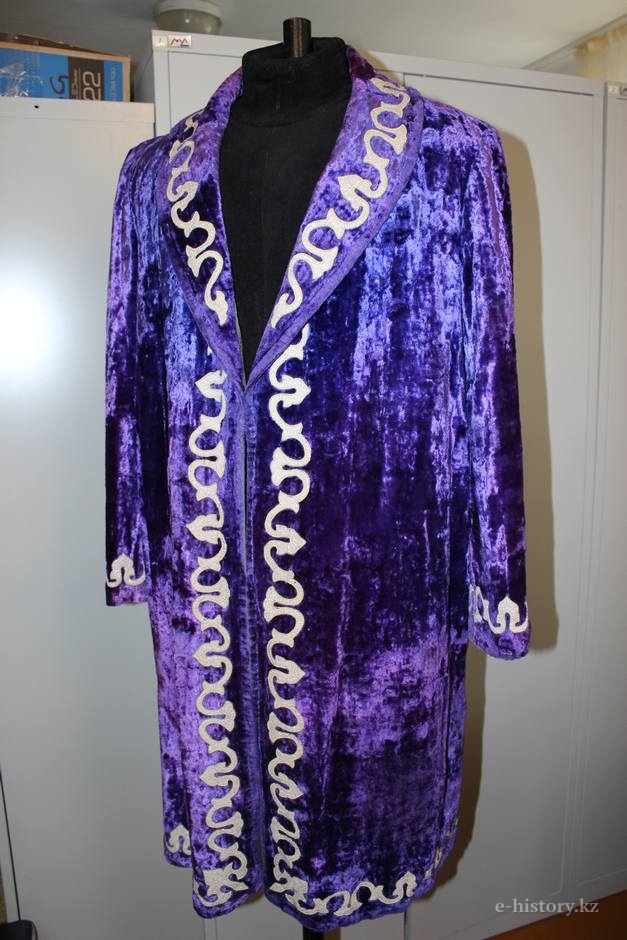 Chapan (Caftan) of Isa Bayzakov which he used to wear when he appeared in front of the people. Isa Bayzakov entered the Kazah Soviet literature as the first akyn who laid out a way from oral poetry to the written. 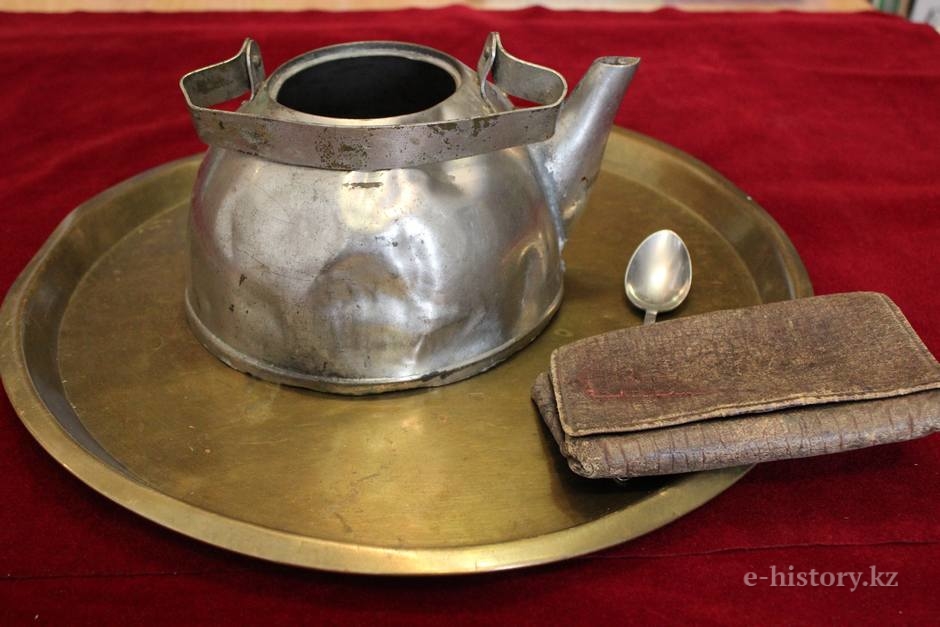 Personal dishes and leather purse of akyn. These are things that he used in the last months of his life (donated to the museum by the daughter of the composer Makpuza Baizakova). 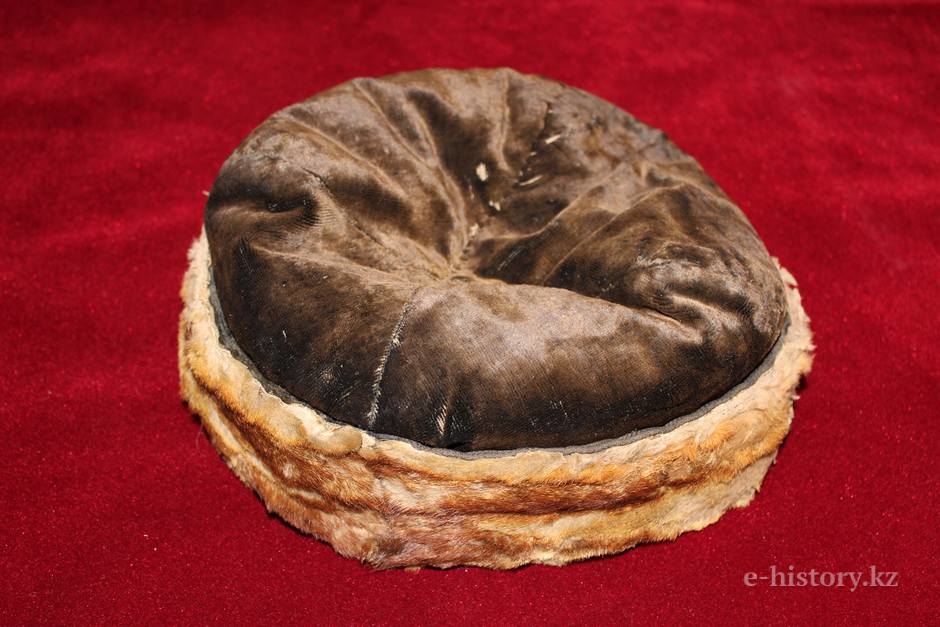 Famous hat-borik, which Shaken Aymanov wore when he played the role of Aldar-Kose. Shaken gave it to his cousin, who carefully stored it in the family museum in Pavlodar. Relatives of Shaken Aymanov decided to give a hat to the museum named after Bukhar Zhyrau. It turned out that the hat was small to him, and he made a cut on it. Today, the hat is stored in such look. 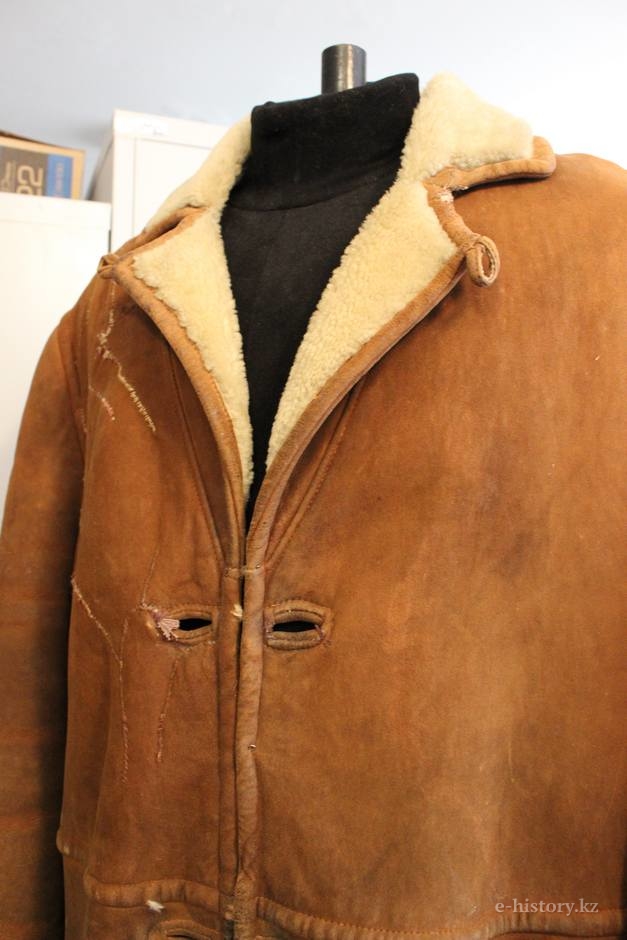 Sheepskin coat which Shaken wore in that tragic day. 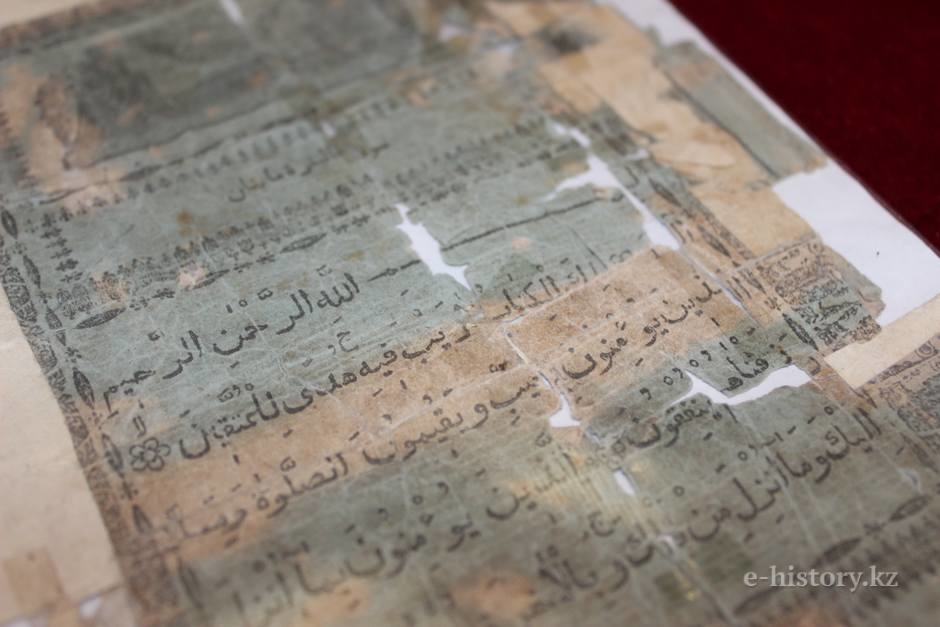 According to the funds’ keepers, the pride of exposure is the sheet from the Quran of the earlier forbidden educator Mashkhur Zhusup Kopeev. 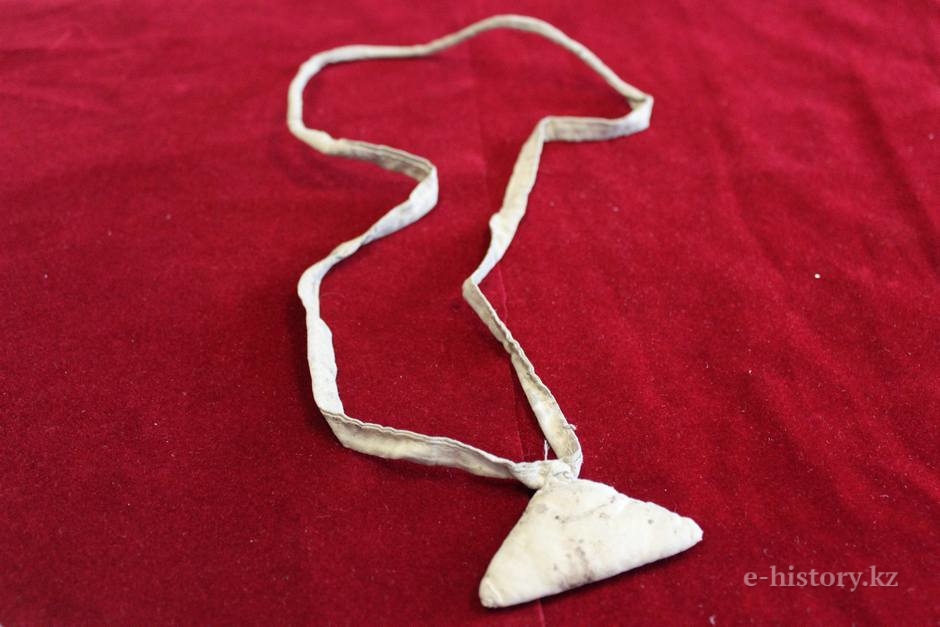 Kopeev’s charm, which was accidently found, is also valuable for his fans. It fell out from the cover of the Quran of Kopeev’s family, having been there for decades. 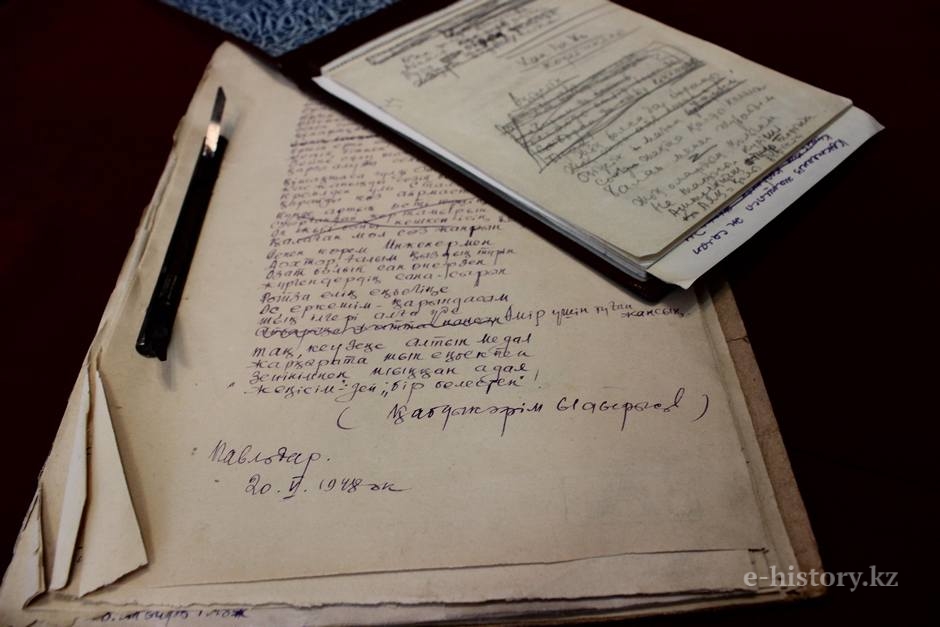 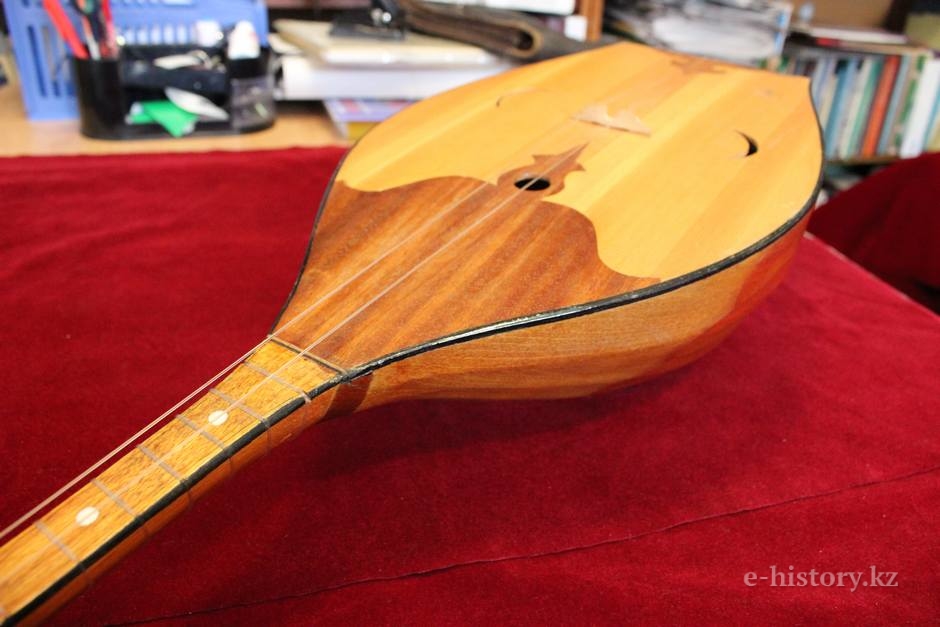 Indeed, not every museum possesses such rare publishing, subjects of private use of great Kazakh poets, composers, philosophers of the beginning of the 20th century, and those people who made color of the Kazakh nation. Realizing the fact that they belonged to Mashkur Zhusup Kopeev, Zhusipbek Aymautov, Isa Bayzakov, Shaken Aymanov and Kabdykarim Idrisov, is impressing.