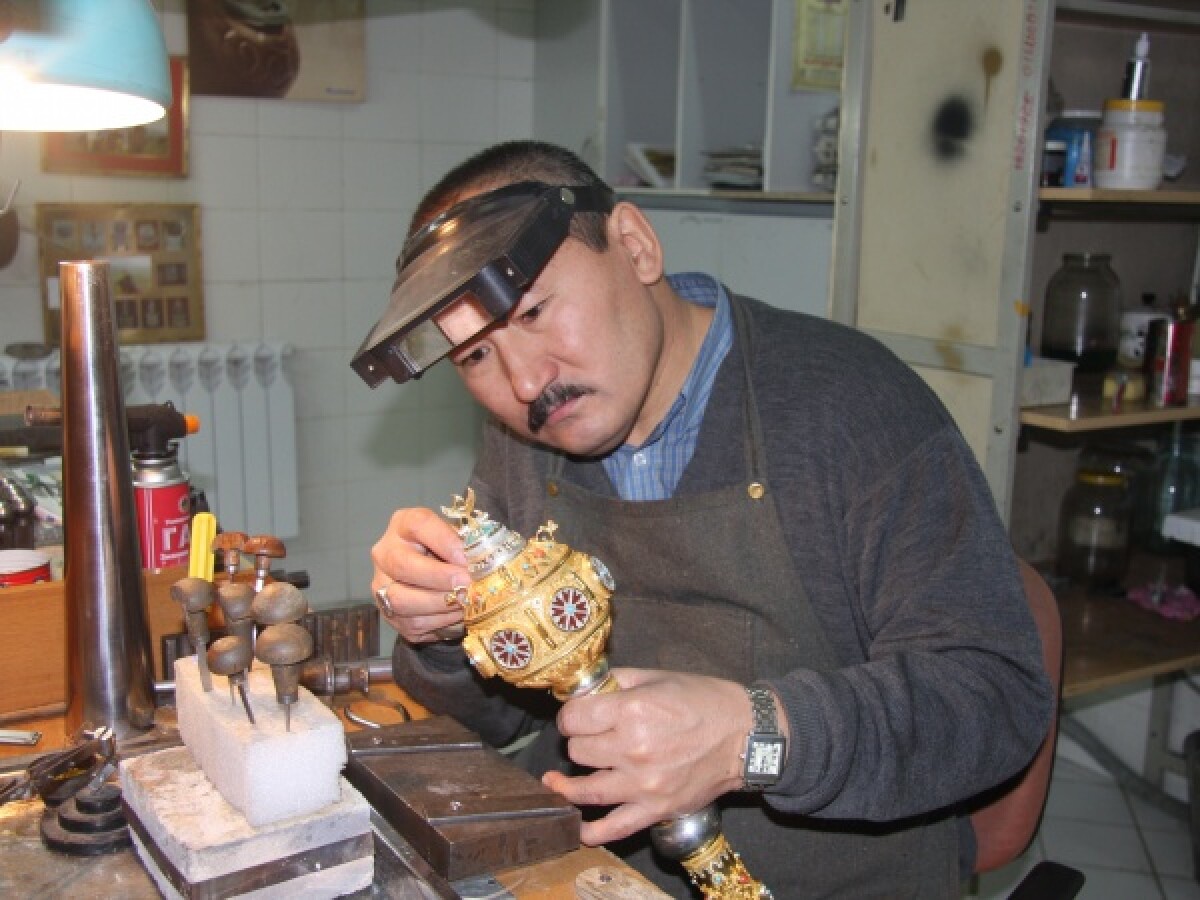 On November 12 the Museum of the First President of the RK will host opening of an exhibition of famous artist-jeweler, Honored Worker of Kazakhstan Berik Alibay

Kazakh national jewelry occupies a very special place in the history of national culture. Modern jewelry represents sufficiently advanced type of decorative and applied arts. Its history stretches back to antiquity. Skilled zergers (jewelers), who lived in ancient times, hand down their unique artworks made of precious stones and metals to future generations

Jewelry art has its own professional features and secrets. Usually Kazakh zergers worked individually transmitting their experience and skills from generation to generation.

Being "goldsmith and silversmith" from childhood absorbed national art Berik Alibay was born in 1964 in Kyzyl-say village, Merke district, Zhambyl region. He graduated from the Almaty Art College named after N. Gogol and the Kazakh National Academy of Arts named after T. K. Zhurgenov. Since 1989 he participated in republican, all-Union and international exhibitions. The best samples of his creativity were exhibited in the PRC, Saudi Arabia, Japan, Iran, Russia, Qatar, Turkey, Germany, Spain, the Sultanate of Oman, and England.

Contribution of Berik Alibay to the development of Kazakhstan’s jewelry art was certified by numerous diplomas and gratifying letters. Of these, the gratifying letter of the President of the Republic of Kazakhstan N. Nazarbayev for the active participation in preparation and holding of the OSCE Summit in 2010 is of a special importance.

Original works of Berik Alibay will be presented in two halls of the exhibition. Visitors will have an opportunity to see weapons of Kazakh batyrs (warriors), symbols of power — staffs of rulers. The organizers of the exhibition promise that women’s adornments (double bangles, eye rings, protective amulets, breast adornments, signet-rings, and so on) will not leave anyone indifferent.

The exhibition will demonstrate continuity of traditions of Kazakh zergers, diversity of samples of jewelry art revealing the most illustrative aspects of Kazakhstan’s cultural heritage.

The "Inheriting the traditions of the Past" exhibition will close on December 15, 2014 in the Museum of the First President, Astana city, Beybitshilik Str., 11