Along the route of the “Memorial Zone” searching group 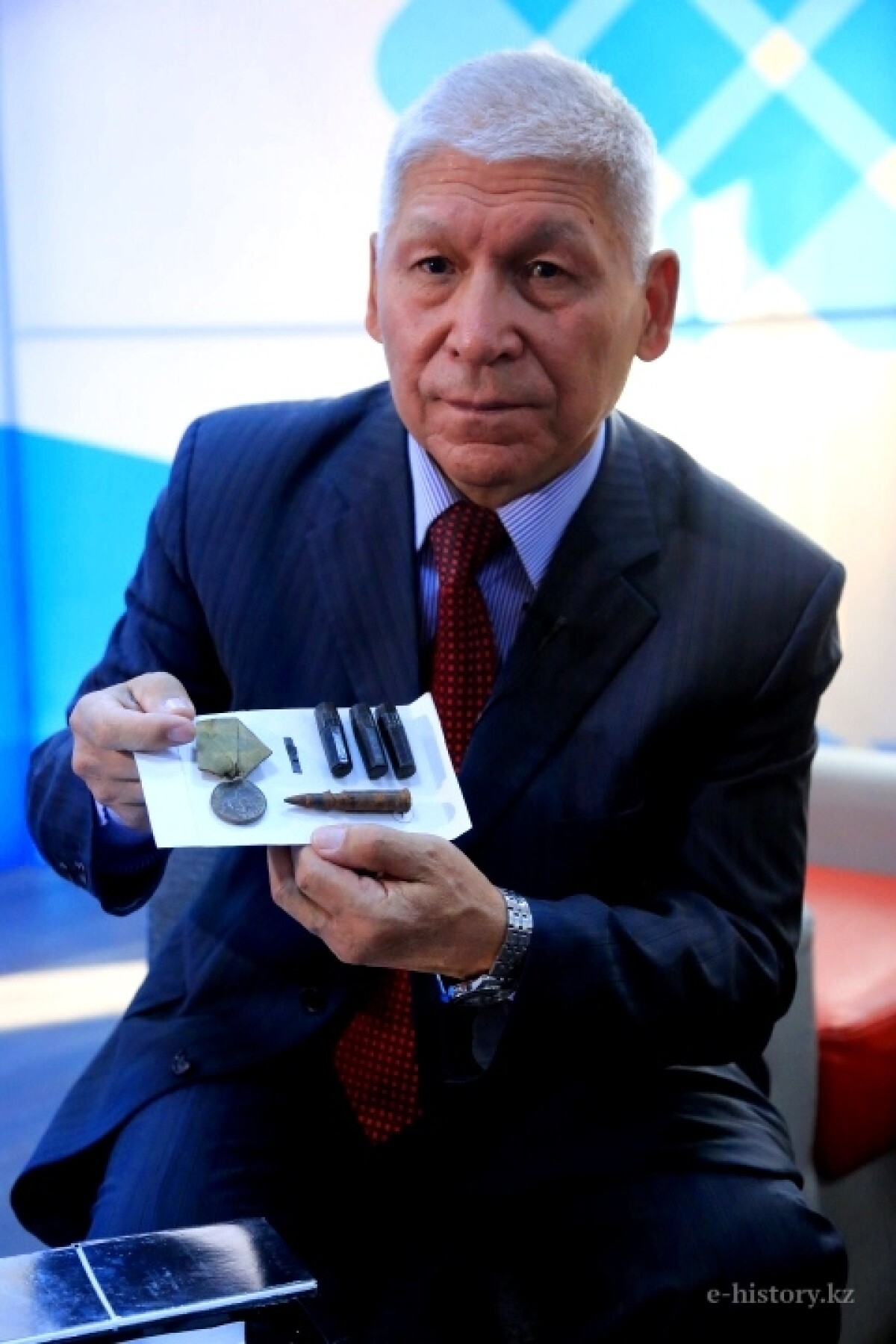 In autumn 1977 Maydan’s father, Deputy Commander of the 310th Infantry Division on the Political and Educational Work, who was seriously wounded in 1941 in the battles near Sinyavin heights and swamps, insisted that his son should continue his education in Leningrad (modern Saint-Petersburg). "Go on and do not hesitate, before your departure me and my brother-soldiers will make the map of Sinyavin heights and swamps where so many our friends were killed" — his father said him.

In spring 1978 a graduate student Kusainov went to Sinyavin heights and swamps. He couldn’t even imagine that the war was still going on there ... "It turned out that more than hundred thousand soldiers and commanders had been killed there, and most of them hadn’t been buried, and those buried in mass graves are without names as all mass graves, regimental and divisional cemeteries had been lost during the war and the immediate postwar years, are covered by woods and bushes. — Maydan Komekovich recalls the first exploration in his book "The Hope" Memorial Zone". — Sometimes, it seemed to us that the whole vast area of Sinyavin heights and swamps was a huge mass grave where the dead lay one on another: at the bottom — those who died in September, October and November 1941, then — died in autumn 1942, and at the top — people killed during the breaking through the blockade and expansion of penetration corridor".

So, father’s farewell message became the duty for Maydan Kusainov: to preserve the memory of fallen Soviet soldiers, a third of whom were from Kazakhstan, to fill the "white spots" of the World War II and, of course, to nurture patriotism among the young generation in Kazakhstan.

Maydan Komekovich, so much had been written during those years you have been working at the "Memorial Zone" searching group. You are the author of several books in details describing the history of the creation of "the Hope" memorial zone in the Leningrad region. However, please, remember how it all began?

— I introduced the term "memorial zone" in the beginning of the 1980s. In 1989 I headed the first group of graduate students with whom we went to Sinyavin heights. (After graduation from the Leningrad Engineering-Building Institute Maydan Kusainov came back to Akmola). In 1986 there was a pigsty, a farm of a military unit, and pigs dug out the remains of the dead. From another side this holy area was occupied by summer residents. They constructed their cottages on the land without any legal permission. That was a bleak picture. I met Boris Vladimirovich Nerinovskiy, local historian. He stand crying because couldn’t do anything.

This terrible situation was explained by the only idea that nothing should be done; there was no need to bury the remains as they were traitors — the second shock army of Vlasov. But all the soldiers were with weapons; they are those who tried to escape the encirclement. I realized that the searching work wasn’t enough; it was necessary to create a memorial zone to stop the crime and economic activity. I decided to reconstruct the mass graves which were more than 50 but all of them have been lost by that time.

Imagine, that the land is covered by crater of bombs and no one marked mass grave. The battles were terrible and where are the dead? This question was asked by us and the relatives of the soldiers. In 1991 working with documents in archive I found coordinates of 50 mass graves which are difficult to find now — everything is covered by forest.

Sergey Khoroshun played a crucial role in creation of the first searching group when he was a student and secretary of the Committee of the Young Communist League. Being at the agricultural works he suggested: "Let’s give all earned money to the searching group". We obtained the money, formed the group of 30 people and started thinking about the name for it. "Memory", "Duty" and many other were proposed. I rejected all of them because there were approximately 30 groups having the name "Memory" and around 15 groups "Duty" in Russia. I suggested the name "Memorial Zone" as it was our mission. But the world "zone" confused people. Only one month later they accept this name.

In 1989 we went to Moscow. Since that time our searching group has been acting. Every year 30 people, including students, do searching work on Sinyavin heights. They get enormous experience. Even having graduated from university they are still in touch with me and arrive to Sinyavin heights and swamps on vacation. 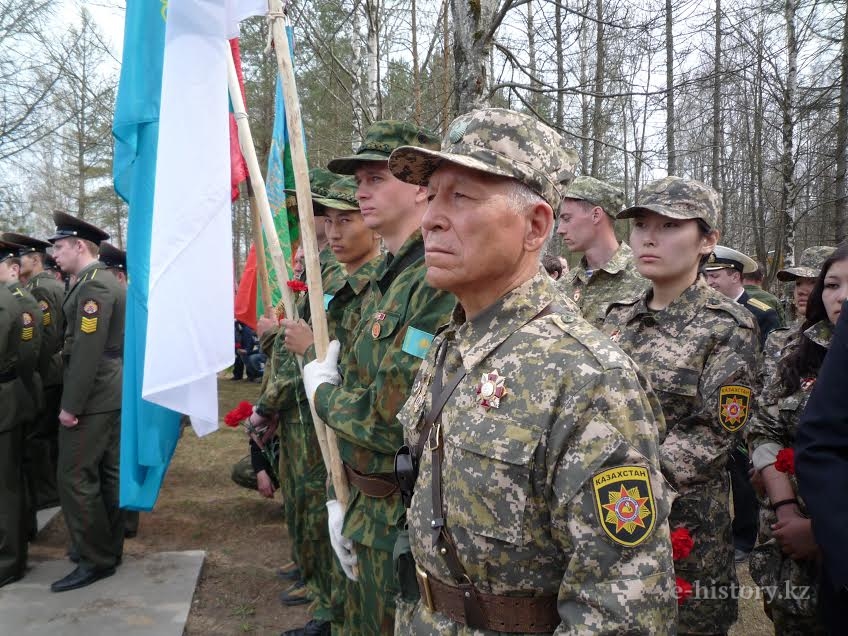 During many years we have the same membership: Alina Ismagulova — my Deputy Commander, Ilya Kozhushchenko — designer, the author of cover pages of all my books, he also embodied in a model my idea of obelisk "Stars-Cranes", Vitaliy Fedorov — artist who worked with us 15 times, Sukhin Sergey for the seventh time takes a leave to go with expedition. 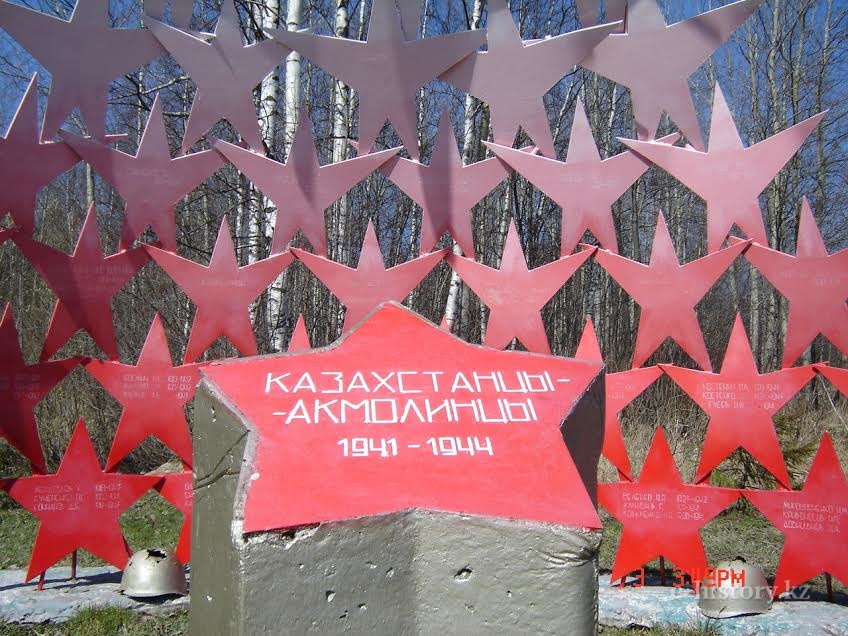 The Eurasian National University has been giving money for searching expedition. The rector of the ENU Sydykov Yerlan Battashevich developed the strategic sector for our group. Every year we obtain 2 million tenge to go to Russia for two weeks. Memorial watch lasted from 25 April to 10 May and the whole September. But we go there only in spring.

During our first expedition we keen on searching work because there were so many unburied people. We found 110-120 remains and in total (together with Russian groups) discovered on Sinyavin heights and buried 1500 people. 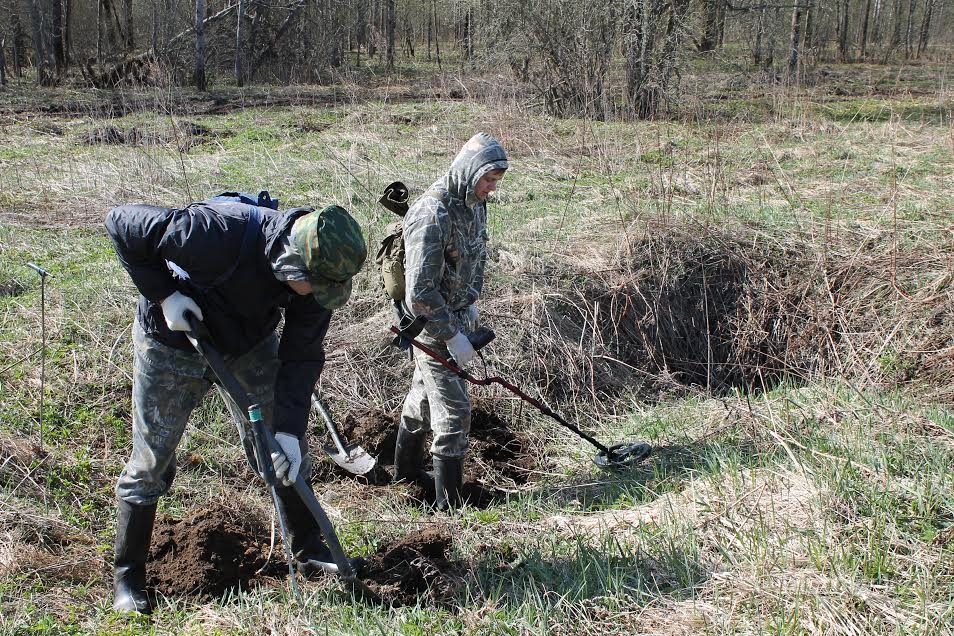 How we come to the idea of "The Hope" memorial zone. There was a Russian searching group which found on the battle field and buried 237 people. They placed concrete column on this place and went away. In 1996 this column fell while the list of buried there soldiers disappeared. By that time mass graves of post-war period reconstructed by searching groups also started be lost. Having recognized that everything was dying we began the creation of memorial zone. First of all we set pointers leading to mass graves. We started development of obelisks. The obelisk "Stars-Cranes" became our first work. We brought its parts from Astana and constructed on the place. We brought steel components of obelisk in passenger train and paid much money to deliver across the border such amount of metal. 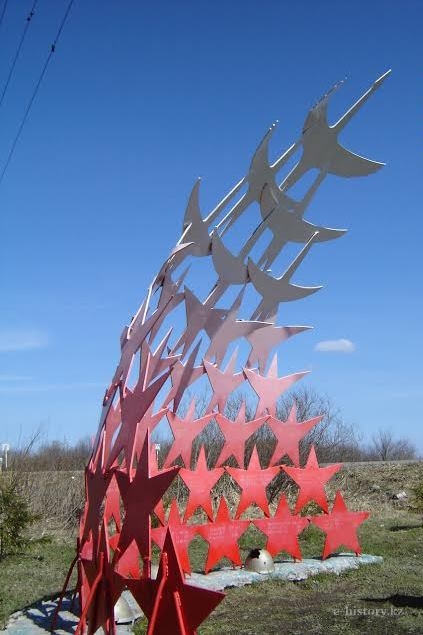 Arriving to the place we hired welders and ordered concrete. I had the story "Church bells of obelisk". We should carve the names on the stars, Ardak Saverlinov and Ilya Kozhushchenko did this. The sound of blows embraced the whole forest. Chasseur had woken up and, as he told later, he couldn’t understand what was going on. We explained him our work. I remember hunters also came and asked us about the sound which scared game. When the saw what we did they apologized.

We carved 77 names of soldiers from Kazakhstan (Akmolinsk) for a whole week. Later in 2006 we published the guidebook where all routs, mass graves and battle fields were described and marked. It is very popular as many people come here: searchers, relatives, administration of Kirovsk. 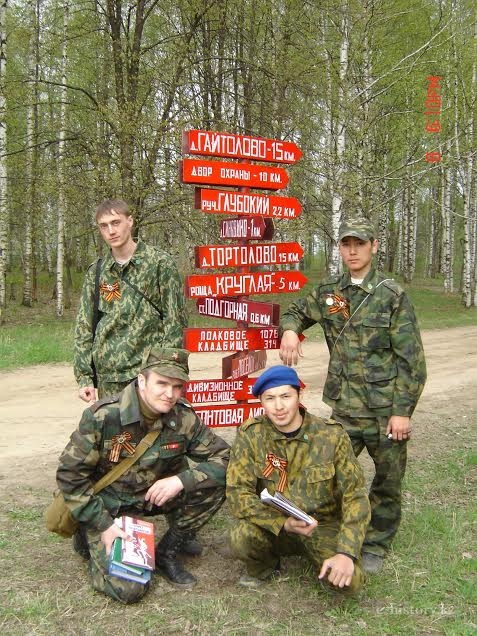 Our group is distinguished from Russian searchers because they take all the remains and bring them to Sinyavin heights. And we consider that the soldiers should be buried on the place where they died. We do this and thanks to us the relatives know where the battles were and where their family members died.

Please, tell about your plans for the future celebration of the 70th anniversary of the Great Victory.

— In 2005 with the support of Akimat I plan to conduct historical reconstruction. On April 18 we will recreate seeing-off infantry, and on April 19 sending-off soldiers of the 106th Kazakh Cavalry Divisionto the front-line forces. We will ride a horse moving to the railway station with orchestra playing "Farewell of Slavianka", "Holy War" and "Through valleys and over hills", those songs which was heard in 1941. We have bought military uniform, sabres and field caps will be purchased by the relatives of cavalrymen of the 106th Division — everything will be presented to them in the memory of killed grandfathers.

I also wish to found the park of four divisions formed in Kazakhstan. They are the 310th, the 387, the 29th which became the 72nd and the 106th Division where the best man of our nation fought for our Motherland. I have written a letter to the President N. A. Nazanrbayev which was signed by the relatives of these divisions. At the present moment it is under consideration of Akimat. According to the idea, granite stones with the names of killed soldiers will be placed on the alleys dedicated to each division. There will be another alley devoted to 16 Heroes of the Soviet Union from Kazakhstan. All the trees in the park will be nominative and, moreover, brought from the places of battles and planted by the relatives of Kazakhstan’s soldiers. This park will be unusual, nobody do the same. Just think, children and grandchildren will plant trees and take care of them in the memory of grandfather. This will be like a return of soldiers to their home country.