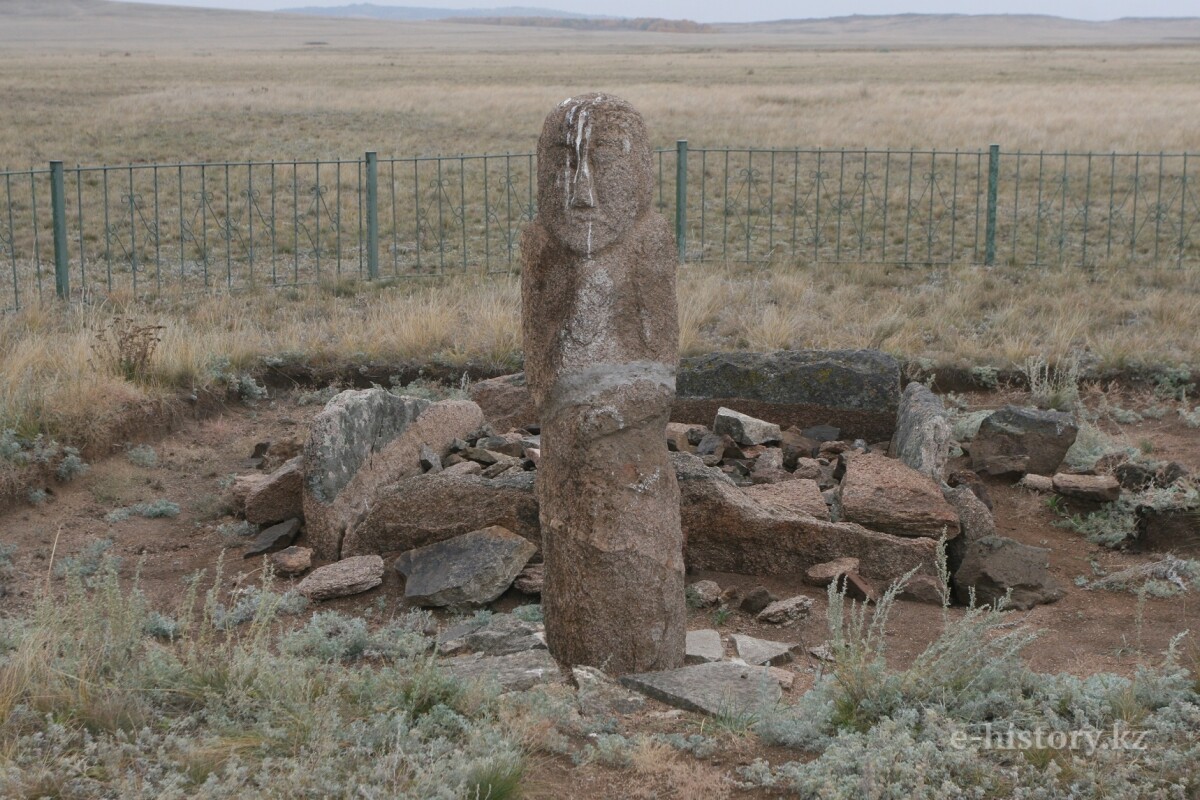 At 100 km from Astana will be implemented an ambitious project: the landscape open-air museum about visual center of the formation of the Turkic Khanate.

The heads of Archeological and Ethnographic Expedition of Eurasian National University (ENU) named after L.Gumilyov, scientists Myrzatai Zholdasbekov and Ayman Dosymbayeva in accordance with the project «Turkic geopolitical phenomenon: the origins of continuity» decided to implement this idea into reality.

The museum will be located in 100 km from Astana on the territory of the State National Natural Park «Buiratau» Ereymentau district of Akmola region (the right bank of the Kumai River).
According to the press service of ENU named after L. Gumilyov, on September 27, 2014 on the site of the opening of the future museum a forum with the participation of deputies of Majilis Kamal Burkhanov, director of the Institute of History of State Ayagan Burkitbayev, representatives of ministries and departments, executive authority of Akmola region and in particular Ereymentau was held. This forum was held in order to attract the attention of state authorities to create landscape open-air museum «Turik kagan ordasy».

Since 2009, the Archaeological and Ethnographic Expedition of ENU named after L.Gumilyov explores the Center Turkic kagan and social elite of Turk society on the territory of the State National Natural Park «Buiratau» Ereymentau district of Akmola region (the right bank of the Kumai River).
Nowadays, numerous monuments of the Bronze Age such as religious monuments of the Huns, magnificent stone structures with ridges and steles that demonstrate another earlier stage of development of the culture of the Turkic period, have been studied and reconstructed.

Quantitative representation of religious and memorial structures of different eras is counted by several hundred years and provides an opportunity to study many aspects of the ethno-genesis of Turkic peoples in the territory of Kazakhstan and its relationship with the formation of ethno-geographical borders of the Turkic peoples within Eurasia.

The future landscape museum, created on the basis of scientific knowledge about the center of the Turkic kagan and social elite of Turkish society, studied and preserved in the natural environment of the Kazakh steppe, together with all the materials of the famous monuments, become a real model of cultural history of the Republic of Kazakhstan.

100 kilometers from the capital of Kazakhstan — Astana, there is an opportunity to get in touch with history of the formation of the great Kazakh Steppes and the mystery of the noble rituals.

After visiting these places, smelling wormwood, it becomes clear why sacred Kazakh steppe is generous, broad and brings up thoughts of the eternal light. It is impossible not to love and not to worship to it. The land of our ancestors is our land.

Monuments, restored in the natural landscape of the Valley of Kumai River in the foothills of Sunkartau Mountain, are waiting for their tourists. Development of the tourist cluster based on landscape museum is expected in accordance with close proximity of the international route.

The project of landscape open-air museum according to its authors would be a national treasure.