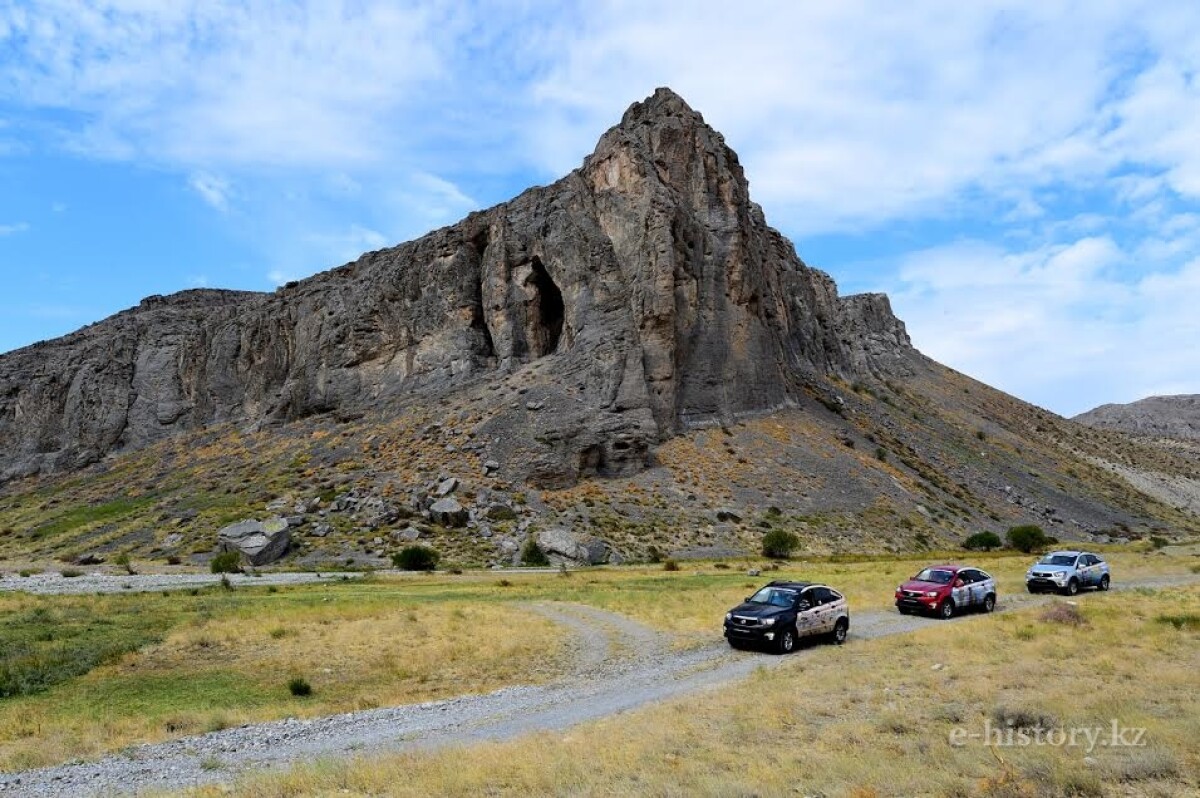 On September 20, the press conference on the final results of rally “Ulttyk mura” (“National Heritage”), initiated by the National Museum of Kazakhstan was held in Astana.

Motor rally «Ulttyk mura» is dedicated to the 10th anniversary of the State program «Cultural heritage» and the opening of the National Museum of the Republic of Kazakhstan. This project aims to unite the efforts of museum workers of the republic for the further implementation of the state program.

Participants of the rally’s first stage have visited cultural and historical sites and museums of the southern and central regions of Kazakhstan along the route Almaty-Taraz-Shymkent-Turkestan-Kyzylorda-Zhezkazgan-Kostanai-Kokshetau-Astana. The project of National Museum is designed for three years. Eastern, western and northern regions of the country will be included in the route in 2015–2016.

«Participants of motor rally „Ulttyk mura“ did a great job in the regions, discussing common and specific issues of museums, exchanging with experience on realization of „Cultural Heritage“ program, also promoting the museum work among the youth. Generalizing all the obtained information, we will work on formation of proposal to optimize the scope of the museum’s activities. I believe that the mission of the first rally successfully completed and I want to thanks the participants», — said in his speech Director of the National Museum Darkhan Mynbay.

Zhambyl Artykbaev, Doctor of Historical Sciences, Professor at Eurasian National University named after L. Gumilyov, a participant of the rally, said: «One of the main objectives of our project was to inform about the opening of the National Museum of the Republic of Kazakhstan and the introduce with its activities. I think we coped with this task. Our team has visited many cities and cultural and historical monuments, has received a great experience. The first phase of the project was largely introductory. I wish that the steps taken research nature, it is necessary to carry out the expedition with archaeologists and ethnographers. By the end of the rally we had a lot of ideas and plans that can be implemented in the following motor rally».

Motor rally «Ulttyk Mura» started on September 10 in Almaty. Workers of National Museum of the Republic of Kazakhstan in Almaty region have visited the famous historical cities Issyk and Talgar. Next public meeting with participants of the rally was held on September 11 in the Regional Historical Museum in Taraz.

Together with the director of the State Historical and Cultural Museum-Reserve «Monuments of ancient Taraz» Taken Moldykynov participants have seen the masterpieces of medieval architecture — the mausoleums of Karakhanm, Aisha-Bibi and Tekturmas. 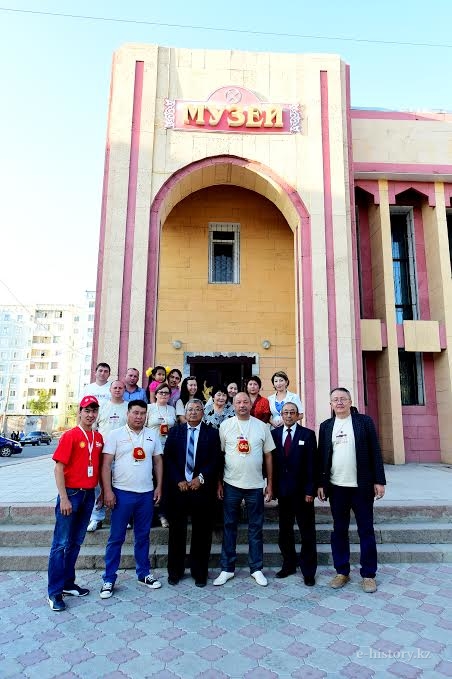 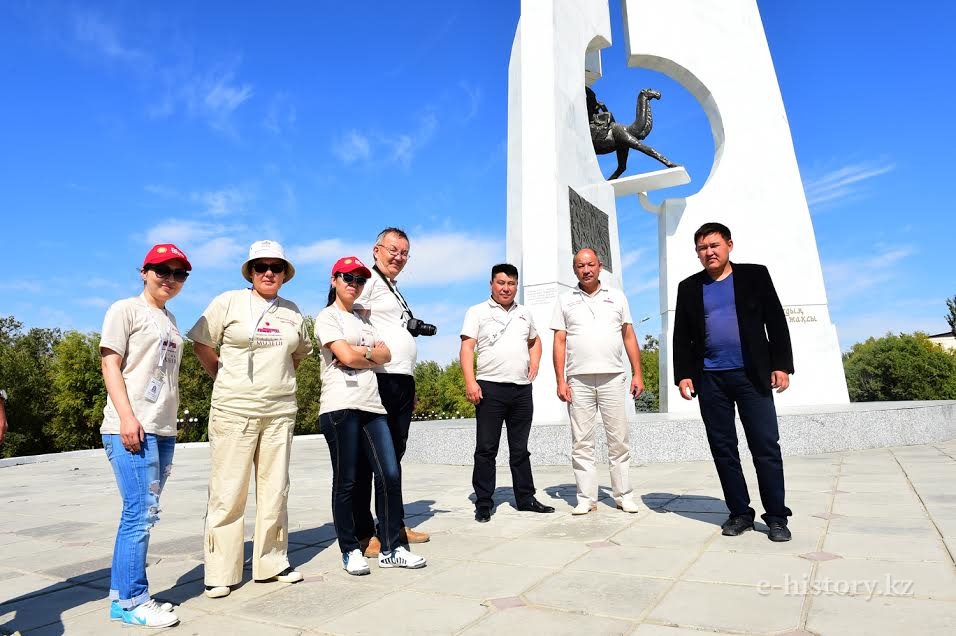 On September 12, in Shymkent was held a meeting with cultural workers, employees of libraries and museums, students of universities of South Kazakhstan region. The director of the Institute of Archeology named after A. Margulan and Ph. D. Baurzhan Baytanayev, Professor, Doctor of History Department of Culture of South Kazakhstan region took part in the meeting and donated to the National Museum of the Republic of Kazakhstan the paintings of R. Smagulov «The bride». Then the team went to the settlement Sairam (Ispidzhab) — the birthplace of Khoja Akhmet Yassawi, where they visited the mausoleums of his parents Ibrahim Ata and Karashash Ana.

On September 13, the participants were in Turkestan, on the way they visited Regional Sports Museum named after Kazhymukhan (in Temirlan village), Museum of Abu Nasyr Al-Farabi (in Shaulder village) and Museum of preacher Arystan Baba — teacher and spiritual mentor of Khoja Akhmet Yassawi. In Turkestan, the Historical and Cultural Center of the Ethnography hosted participants. In a city with more than 1,500-year history a group of travelers with a leading specialist RSE «Kazrestavratsiya» Abylaykhan Imanbaev have visited the architectural complex of Khoja Ahmed Yassawi (end of 14th century) and the excavation of the ancient city Kultobe (4th -5th centuries AD). 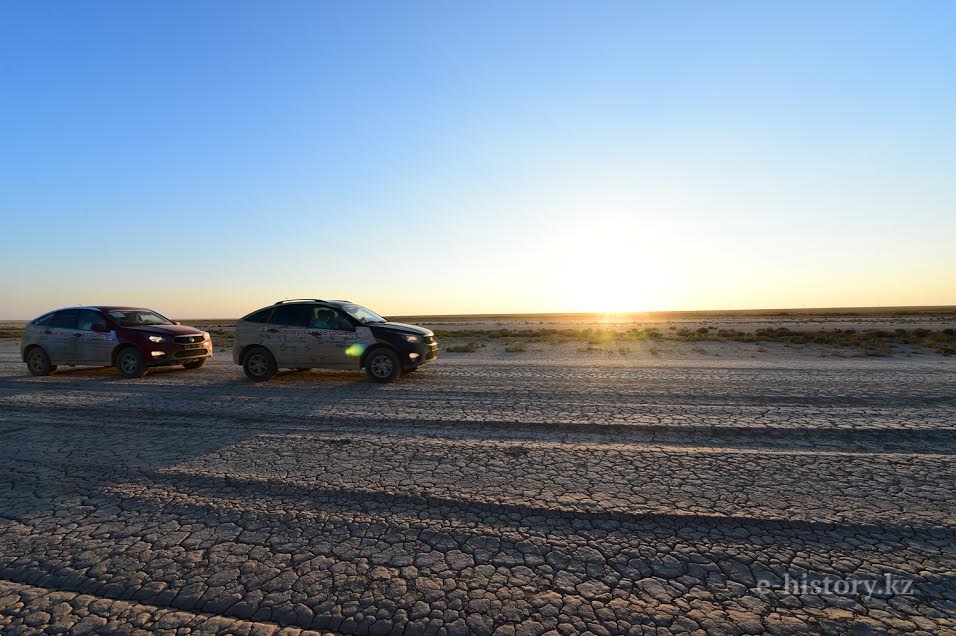 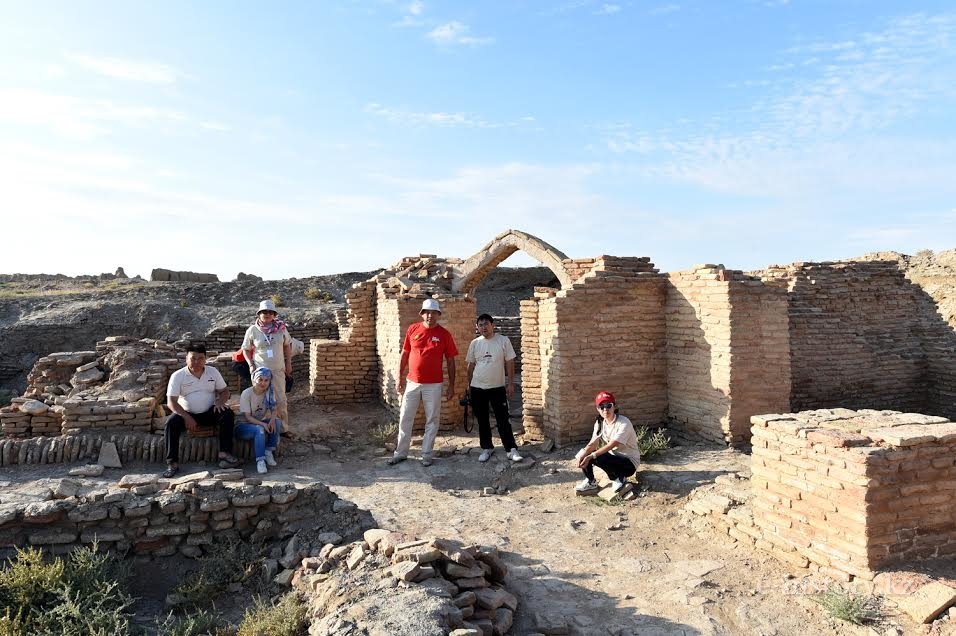 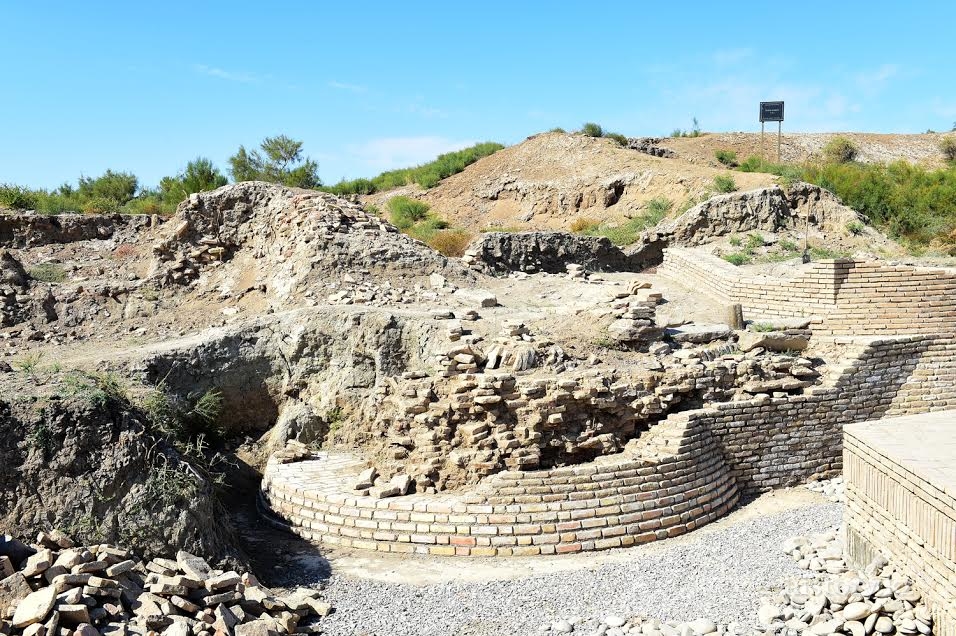 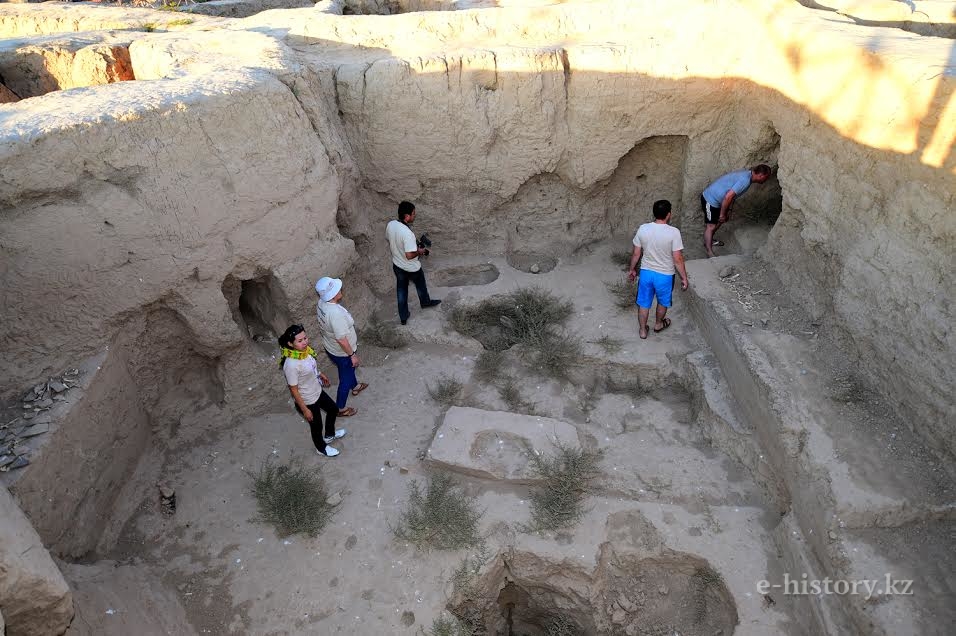 The following days were memorable for participant with trip to the archeological site of the medieval fortifications Syganak and Sauran, where they carried out the reconstruction work. In Kyzylorda participants visited the National Museum of Local History, where they had a meeting with public.

On September 16, the motor rally «Ulttyk mura» arrived in Zheskazgan. After meeting with the local governor Batyrlan Akhmetov, the participants met a team of historical and archaeological museum.
In the Karaganda region participants also visited the Museum of the History of Zhezdinsk mining and smelting business also medieval settlement Baskamyr. They stopped at the Ulytau stele, on the foundation of which the President of Kazakhstan put the first stone. In 17th- 18th centuries the Ulytau was considered as the center of the whole Kazakh land. In 1730, the representatives of all three zhuz were united against Zhungars at this place. 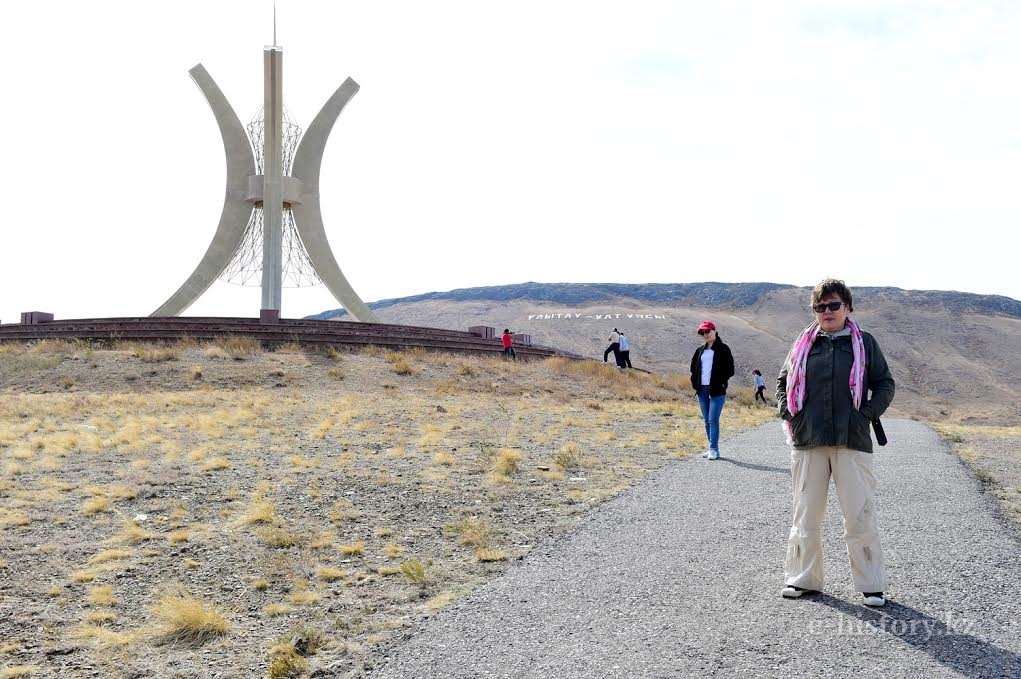 On September 18, Kostanai city was the next in hosting participants. Public meeting with public was held at the Regional Art Gallery with Serik Tulebaev — first deputy director of the plant «Agromash Holding».

On September 19 caravan arrived in Akmola region. In Borovoe participants visited the «Museum of Nature» and the museum of Abylaykhan. They visited the glade of Abylaikhan — the place where Abylaikhan’s natural granite throne locates. 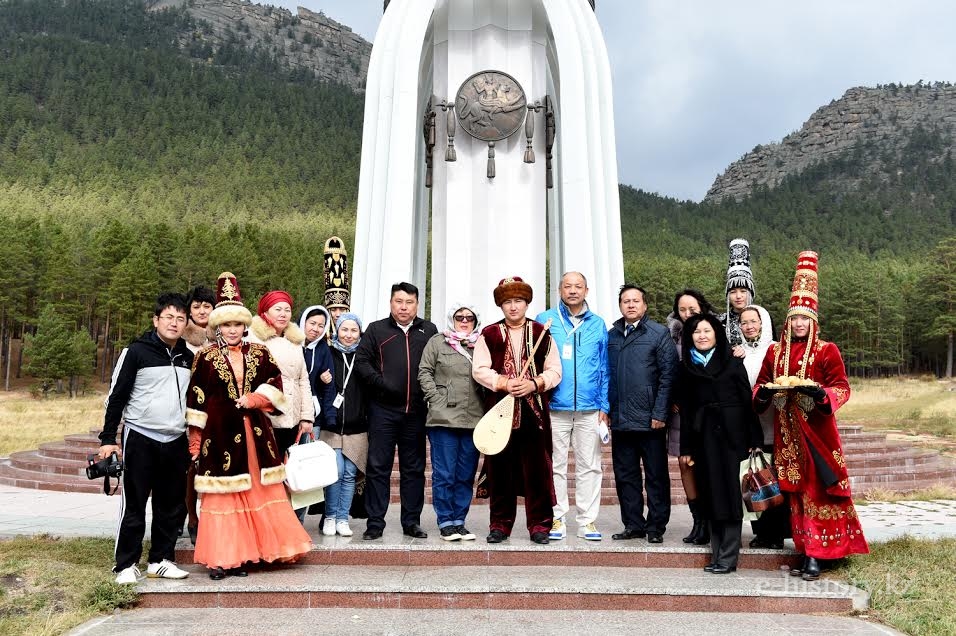 During the motor rally, «Ulttyk mura» members of National and Regional Museums discussed the problems and prospects of museum institutions and the promotion of historical and cultural heritage of Kazakhstan.

One of the main goals of the project is consolidation of all museum workers under the auspices of the «Association of Museums of Kazakhstan «National Treasure», created by the National Museum of the Republic of Kazakhstan in April 2014.

Press Service of National Museum of Republic of Kazakhstan