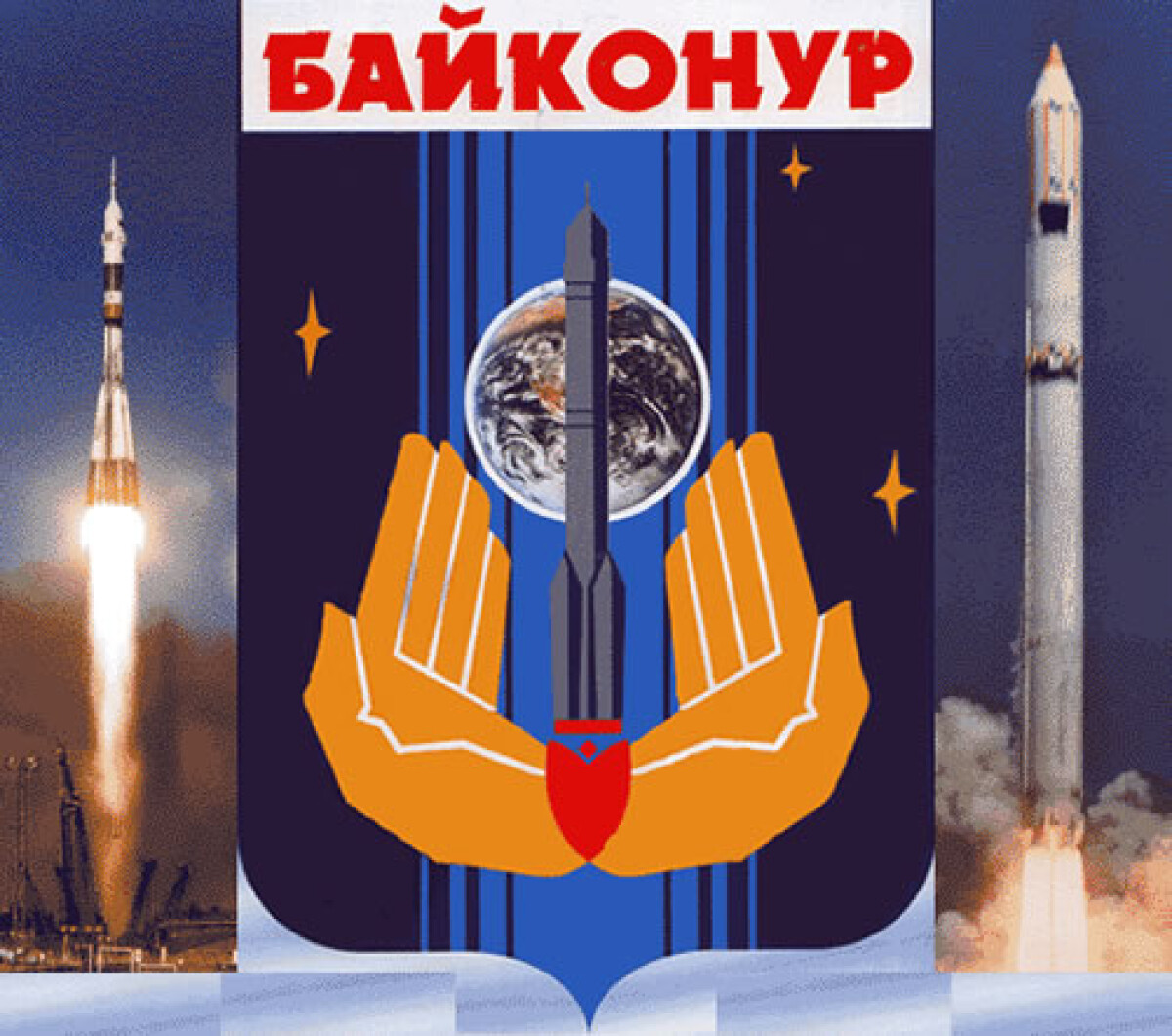 NIIP № 5 or the Baikonur cosmodrome has forever changed the course of human history by launching the first artificial satellite of the Earth and then sending a man into space.

November 7, 1967, the exposition of military and labor glory of military builders of Baikonur space center, which was later expanded to the size of the Museum of History site, was held in the building of Palace of Culture. Everything began much earlier, in the mid of 50’s, when the city did not exist and nobody has not yet flown into space.

«…More than one time, from the shore of the universe, which was the sacred land of our homeland, will fly to unknown part of spaceships. Each of their flight and return will be a great celebration of our nation, the whole of progressive mankind, the victory of Reason and Progress»- will write the chief designer of rocket and space systems S. Korolev. By the mid 50’s of 20th century, the USSR possessed medium-range missiles R-1, R-2, R-5, R-5M, which had limited range. The current missile range «Kapustin Yar» is not allowed to test a new generation of missiles with a range of 8–10 thousand kilometers or more. A new proving ground is necessary to start a multi-stage intercontinental ballistic missile with a range of 8,000 kilometers and a thermonuclear warhead weighing up to 5.5 tons.
The main developer of the most advanced space rocket R-7 was appointed Sergei Korolev, and Kazakhstan was chosen the place of its creation and test.

Korolev by the support of Chief Marshal of Artillery Mitrofan Nedelin persuaded the top party and military leadership of the necessity and feasibility of the ambitious technical project. The construction site was not chosen by chance: sparse population semi-desert area favored the launch of missiles, the presence of the largest river in Central Asia, Syr Darya, the developed network of transportation, and most importantly, the proximity to the equator, making it possible to use it to run an additional rotation of the Earth. 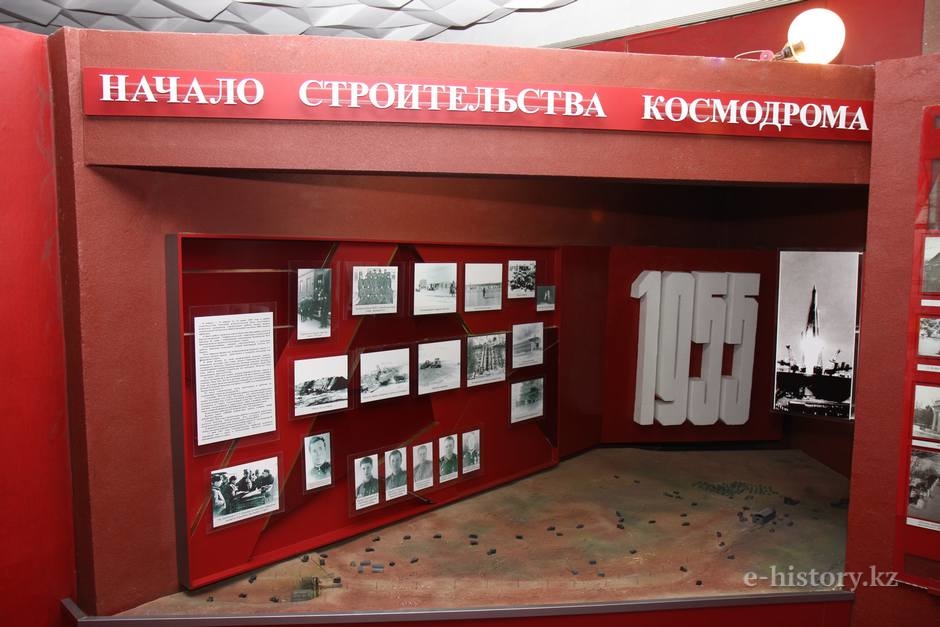 In spring 1955, in Kazakh steppe near the little station Tyra-Tam construction of the first landfill sites under the direction of Major General G.Shubnikov. On the construction of a new landfill were thrown forces of military engineers, most of who have gone through the fronts of the Great Patriotic War.

Construction of the new space harbor Earth was hard. People are faced with a severe sharply continental climate, insecurity of life and tight deadlines. However, the fact that the erection of the spaceport came without no experience in building such facilities, made the work very difficult. 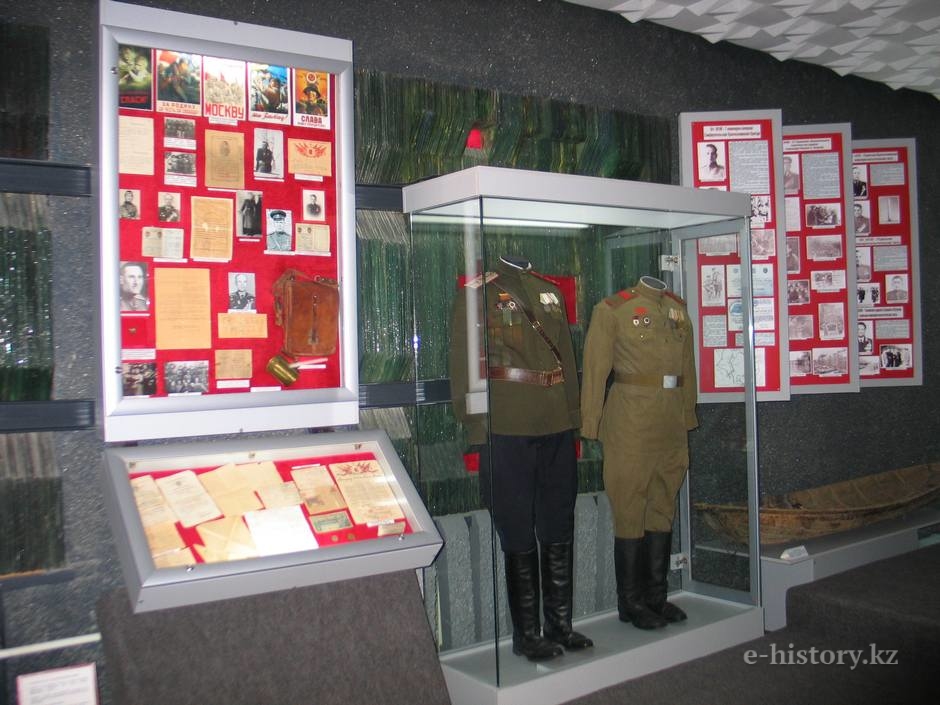 One of the organizers and participants of the cosmodrome M. Grigorenko, said: «…There were no experience of designing and building such a complex, unique buildings and complexes, as the launch site in the world. Requirements for accuracy and durability were extremely high. Without daily ingenuity, creativity, engineering, courage, without the ability to take risks to achieve success would be impossible. I think, it is not accident, leaders of the construction were veterans — people who have passed the ordeal of war, who were neither frightened nor stopped by difficulties».

Despite all the difficulties, the organization and establishment of the Research Test Site № 5 USSR or Baikonur spaceport, was established by the General Staff of the Soviet Army. 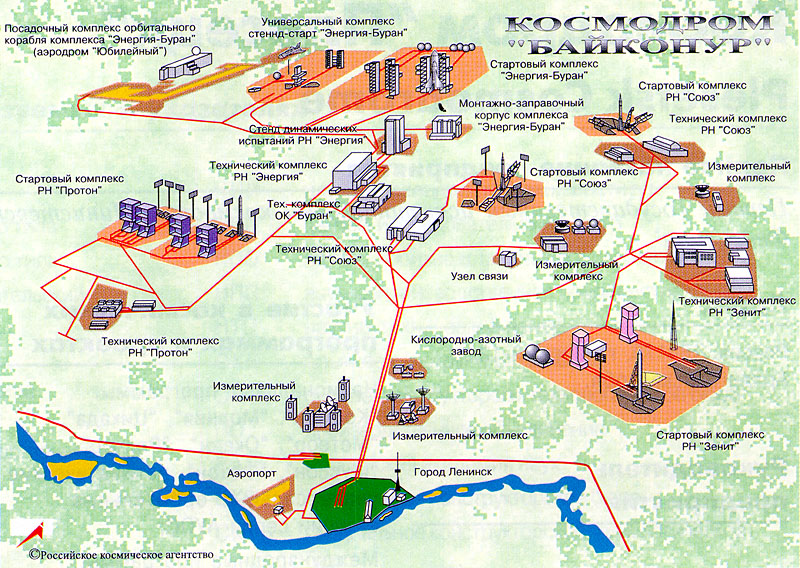 In the late 1955, 1900 soldier and 664 employees worked at the site. At the same time the construction of a residential village for test spaceport had begun. At various times it had different names: «Tashkent-90," village «Zarya» village «Zvezdograd» city of Lenin and n December 1995 it became a city of Baikonur.

On May 15, 1957, Baikonur spaceport became famous in the whole world, when from the test site was launched a new intercontinental ballistic missile R-7, designed by S. Korolev. Since then, Jules Verne’s fi novels becoming reality — a man subdued space. Each subsequent flight was carried out from Baikonur, which located on the Kazakh land. 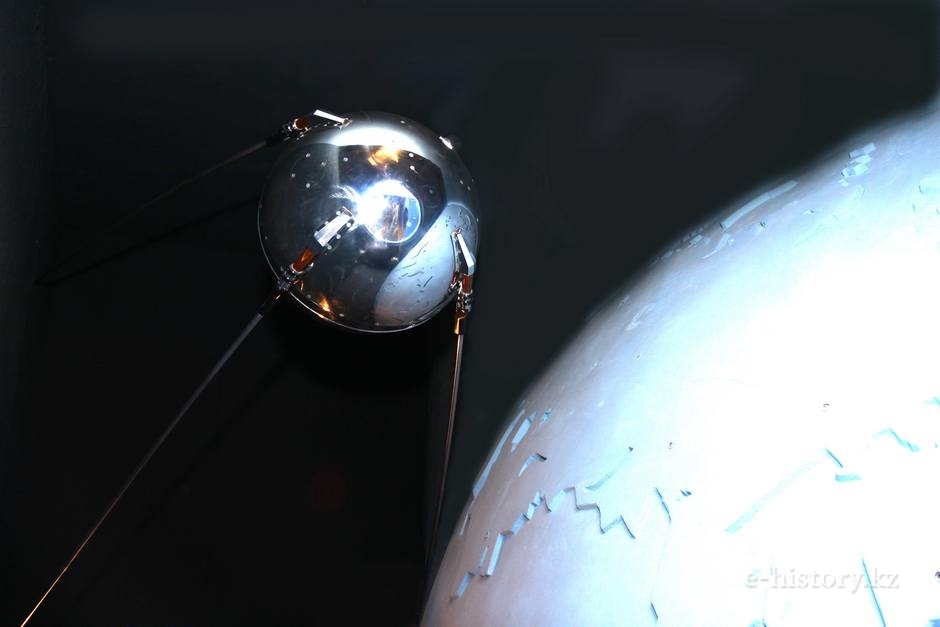 Soon, between the United States and the Soviet Union had started a race to the moon, which was successfully completed again at Baikonur. January 2, 1958 for the first time in the history of the booster Queen «Vostok» was held in the 5 thousand kilometers from the moon and artificial satellite launched this celestial body.

A few years later Kazakh land will launch first live «testers» — Belka and Strelka into orbit. A year later, April 12, 1961, at 9 o’clock 07 minutes the famous phrase «Let’s go!» was said by the first man, who was in space, Yuri Gagarin. 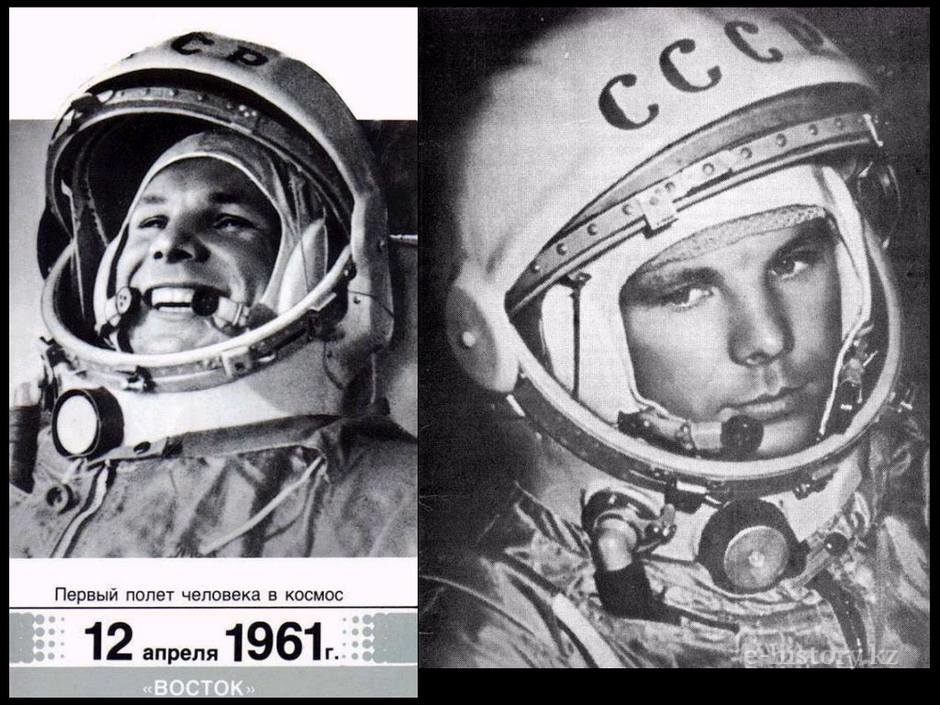 About the history of space exploration, and in particular landfill № 5 can write infinitely many. Until now, perhaps, people do not fully realize that 108 minutes of flight forever changed the lives of not only Gagarin, but to all mankind, revealing «the way into the unknown world». All spacecraft and launch vehicles that were in space locate at the museum of the first spaceport Earth. 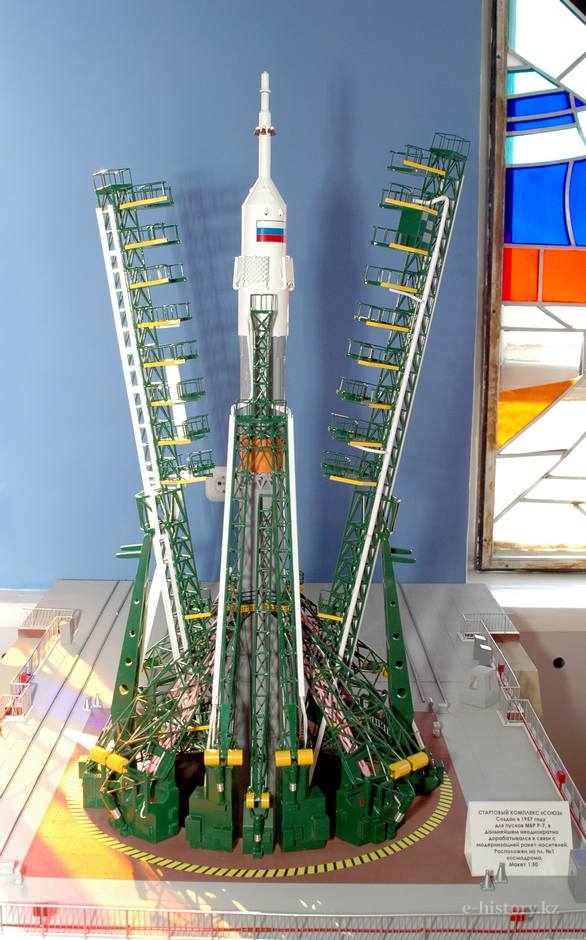 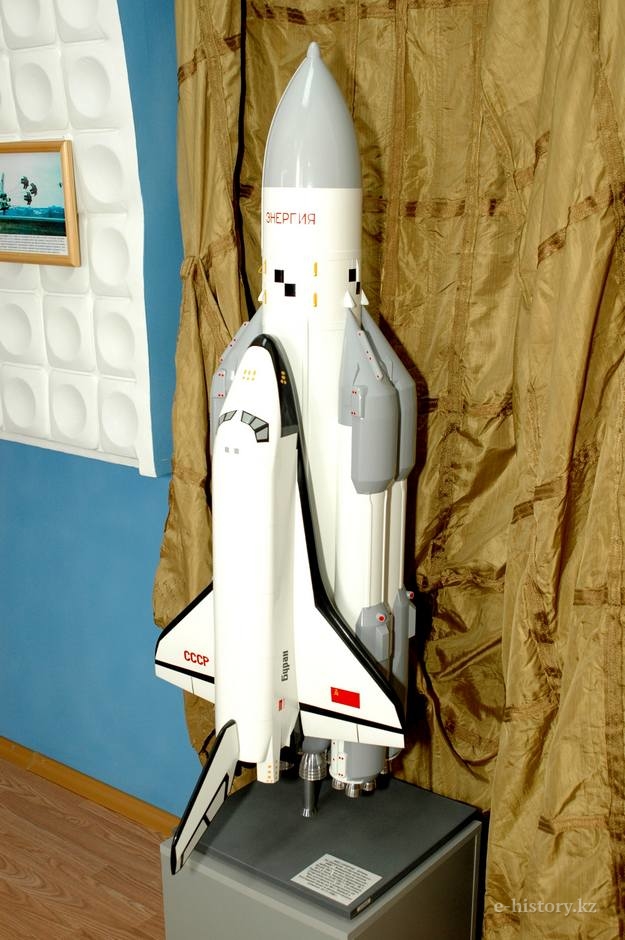 Model of the international space station is represented at the museum in full configuration, including two power modules that are not running on the ISS. 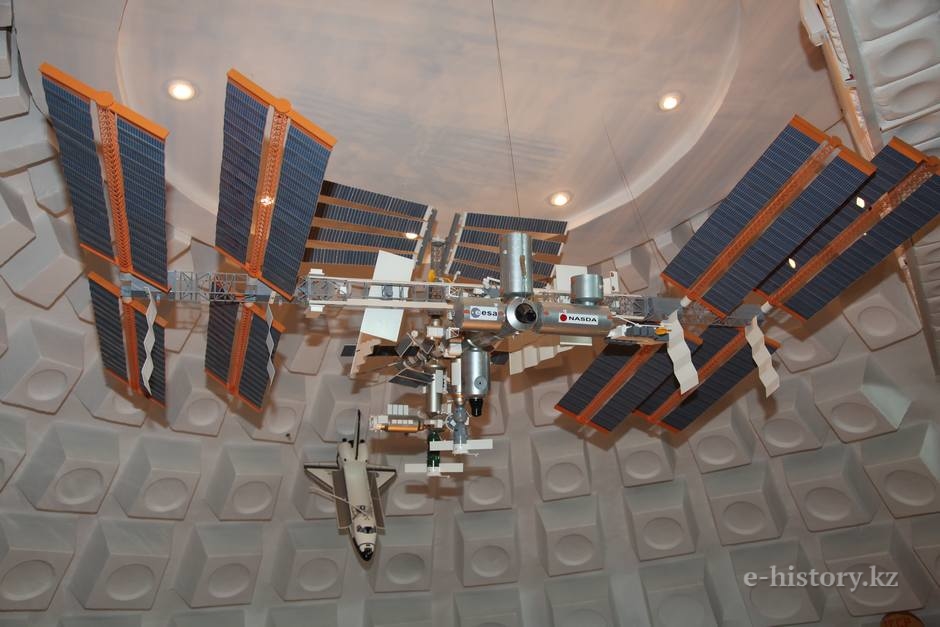 The spacesuits, which are used to seeing astronauts called rescue. 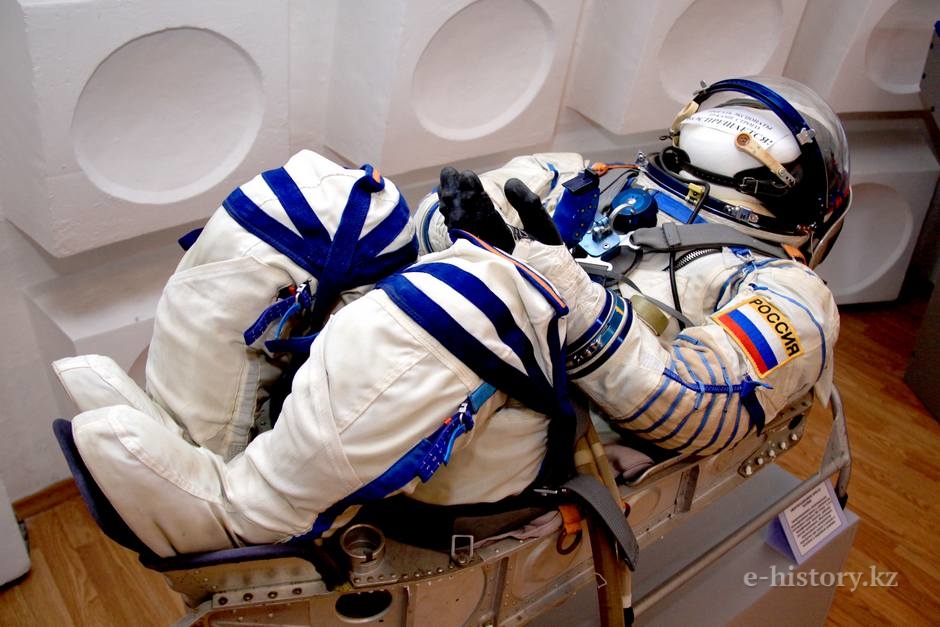 This rescue suit «Sokol-K» for transport -pilot spacecraft «Soyuz». It is designed to create normal hygienic conditions during the flight of astronaut in a pressurized cabin. In the case of depressurization of the cabin, it will save tester’s life. Spacesuit is made individually for each astronaut — taking into account the amortization poses in the armchair of the ship. As a rule, it is put in the most dangerous parts of the flight: launching, connection and moving down.

In the museum you can learn about the diet of astronauts. Tubes with sublimate — food without water molecules, are the first, second and even dessert of testers. 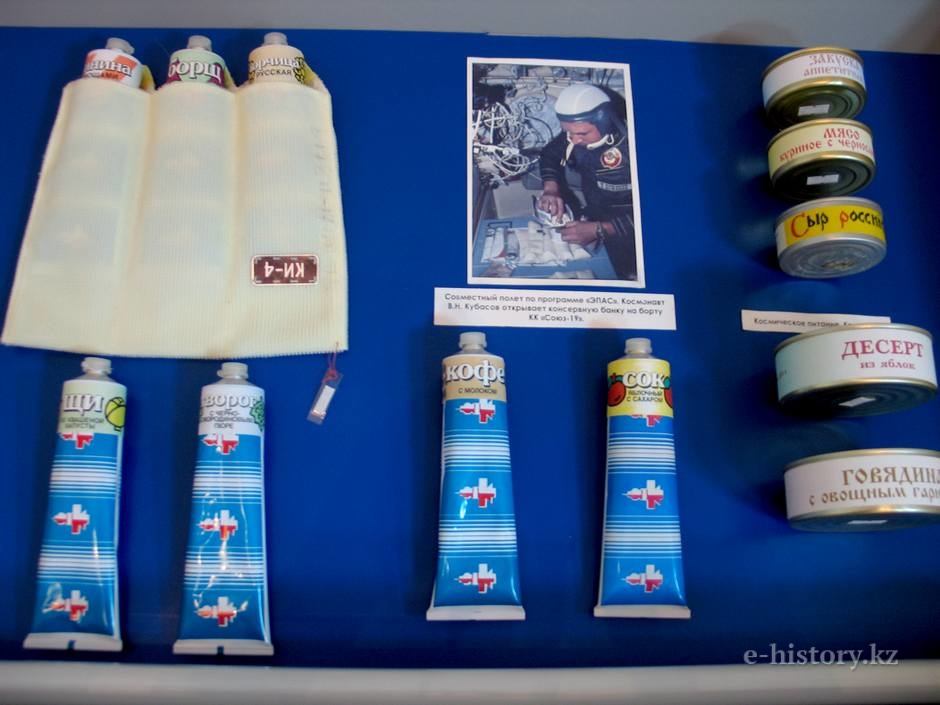 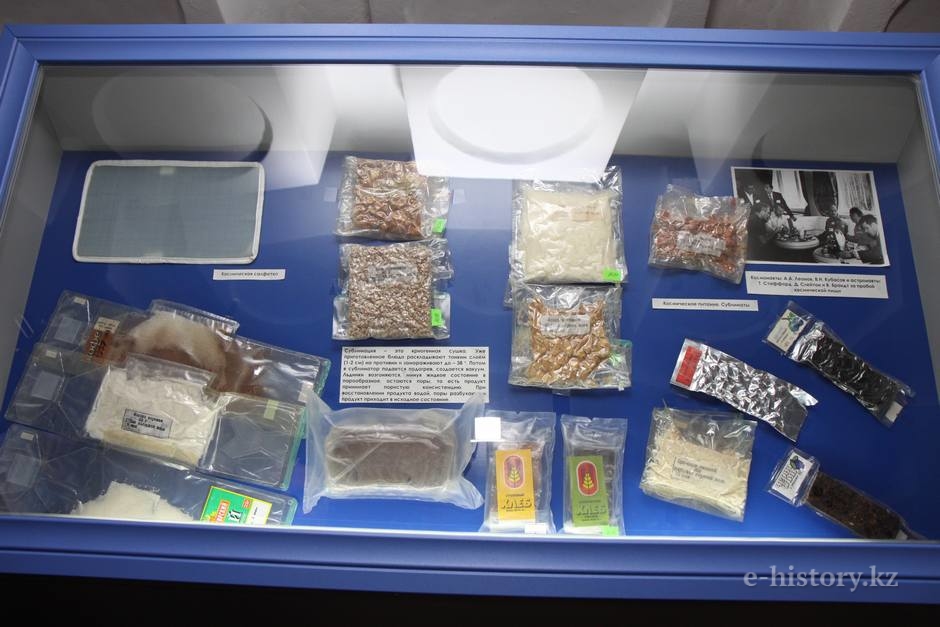 According to the guides, Yuri Gagarin was always at the launching time. The first astronauts stayed in the hotel complex, which was built in 1959 on the banks of the Syr Darya. There is also so-called Gagarin gazebo where on April 10, 1961 the news about the first space flight of Gagarin was announced. 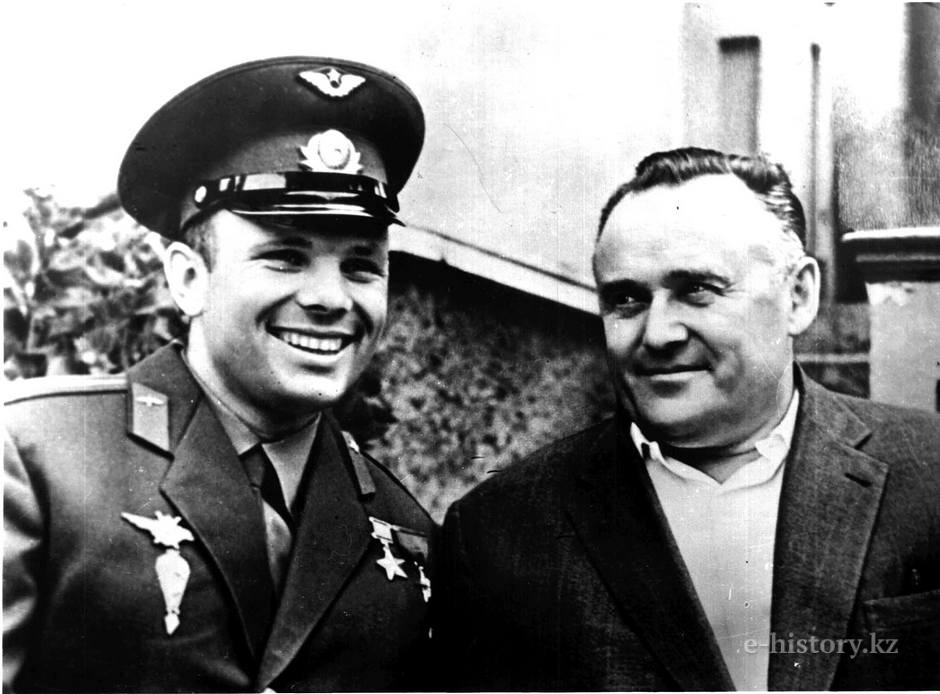 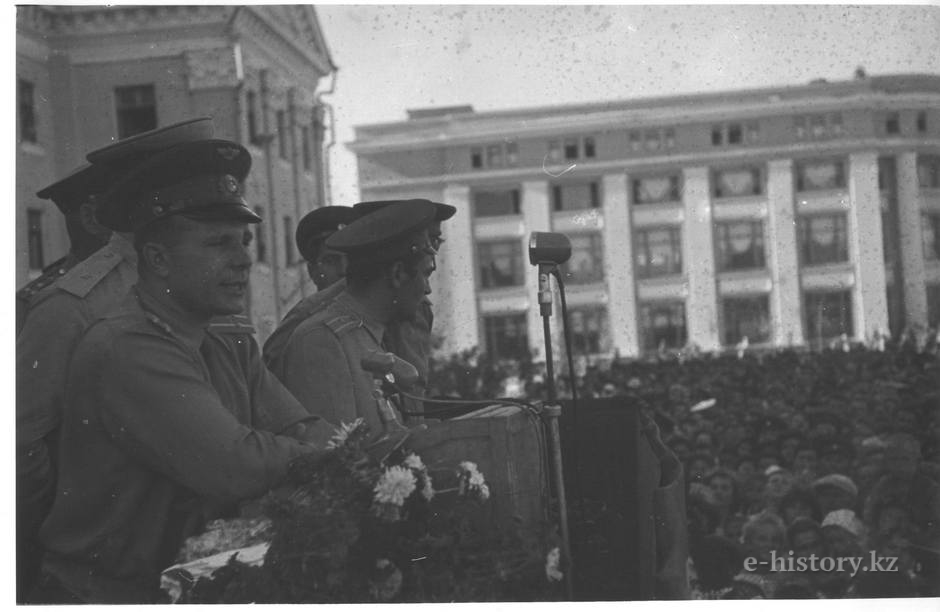 Yuri Gagarin, stands in the central square of the city (at that time Leninsky village), August 1962 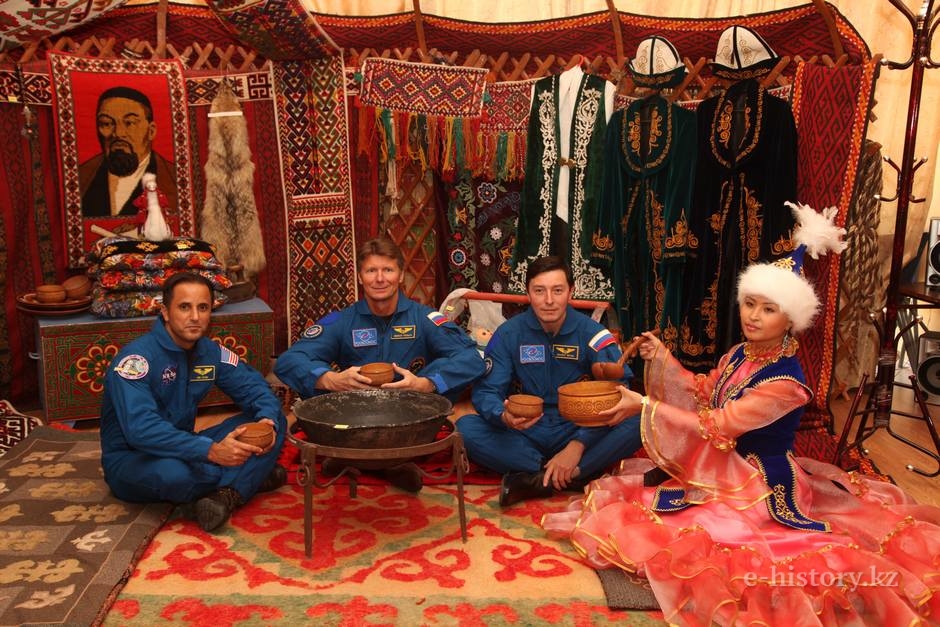 The main and backup crews arrive at the launch site for the two weeks before the flight. They live in a hotel «Cosmonaut», where there are all conditions for recreation and sports. Traditionally, before the flight, they watch the movie «White Sun of the Desert», planted saplings and leave autographs at door of the hotel room.

Museum of the History of the first space port of the Earth is located in Palace of Culture in the city of Baikonur, Kyzylorda region. For additional information about museum call: 8 (33622) 50620