Home News Other Cultural Walk: the Museum of rail transport of the Republic of Kazakhstan

Cultural Walk: the Museum of rail transport of the Republic of Kazakhstan 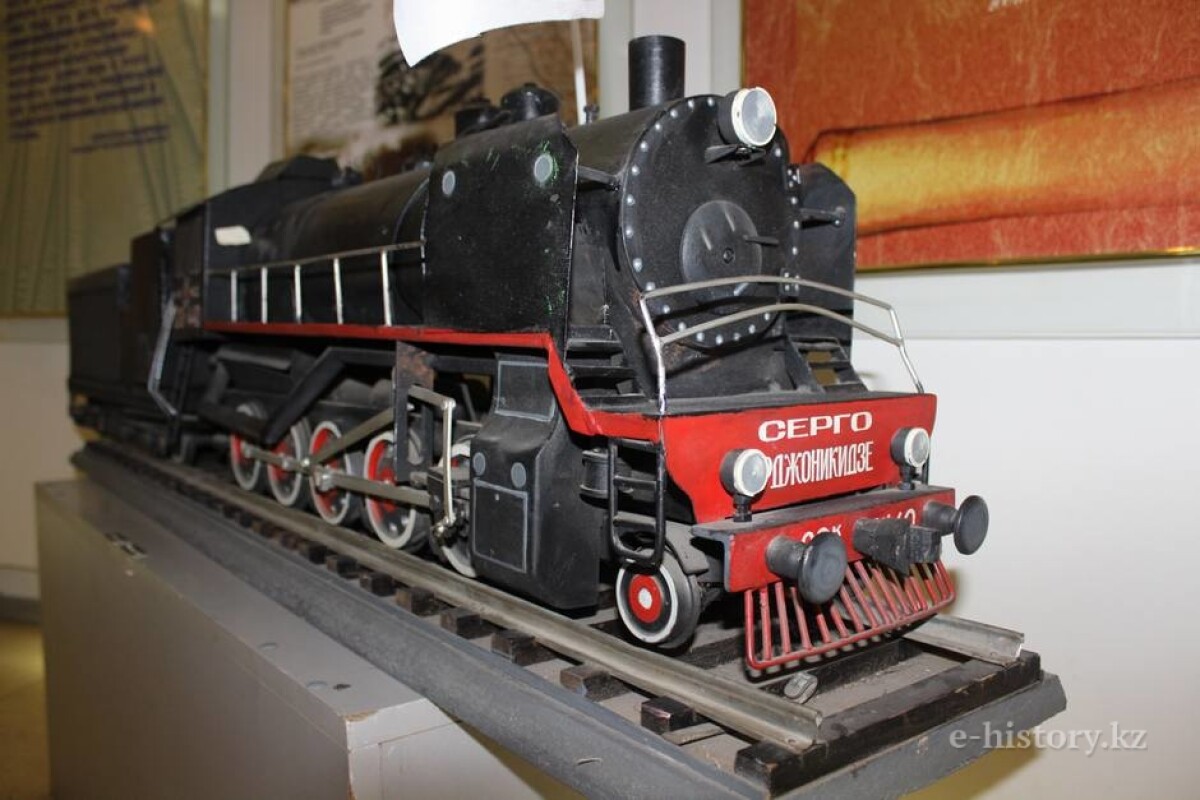 The Museum’s history dates back to the beginning of 1999 when it was established on the basis of private collection of Beisen Shormakov, veteran and honored railway worker of Kazakhstan. Nowadays it includes expositions demonstrated the whole history of formation and development of railway transport in the Republic of Kazakhstan.

In the foyer at the entrance visitors are welcomed by 100-year veteran of railroad — cast-iron painted golden station bell. It still has the same strength of the voice: we pull the rope and the room is filling by thick clinking sound. 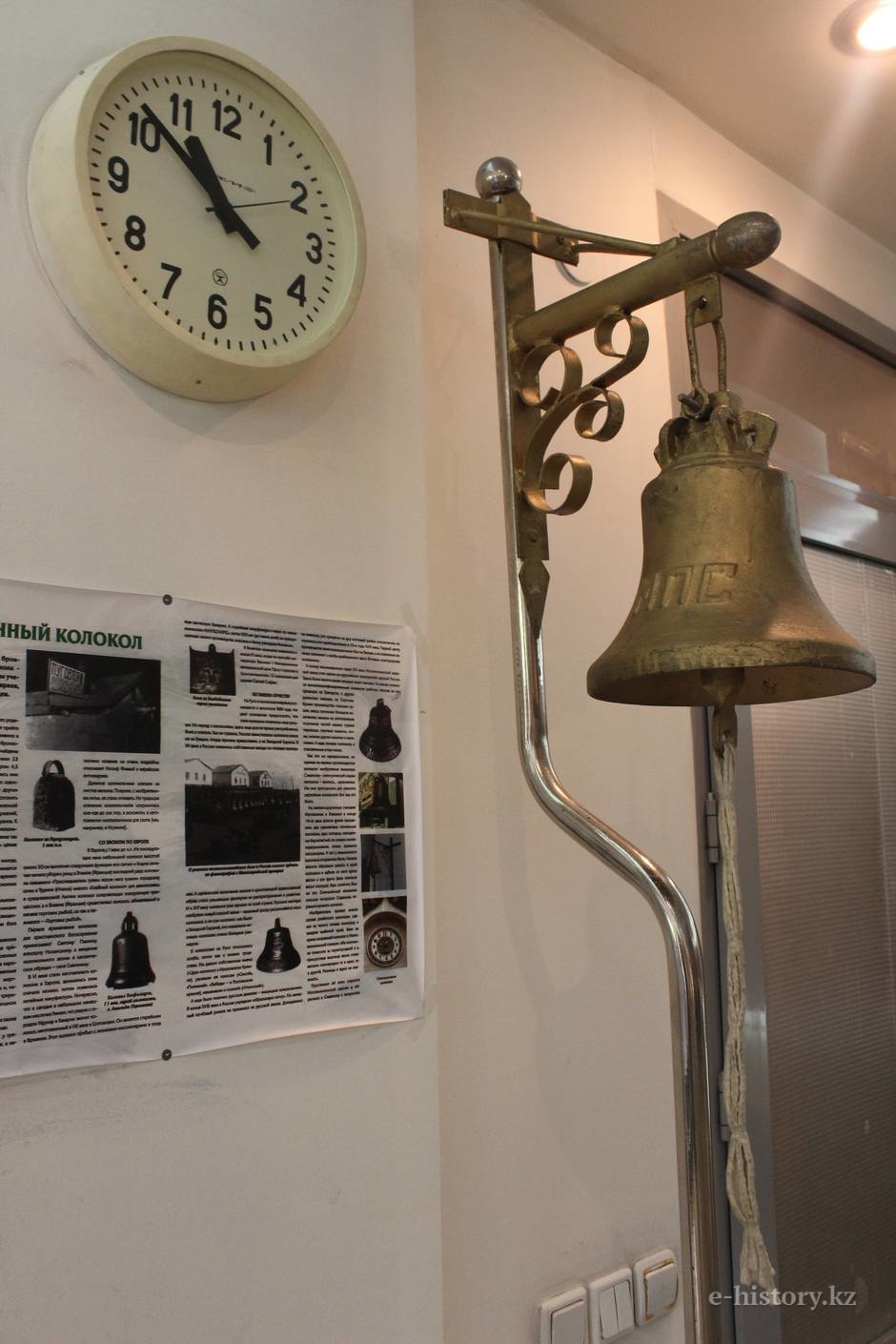 In the past it stood at the Ushtobe station and worked informing about arrival and departure of trains. It was brought from there...

Expositions of the museum begin with the hall “Silk Road” talking about the way of life of Kazakh nation before the appearance of the first “steel horses” and forerunner of railway communication — caravan trade roads. By the way, most modern parts of the railways run along the routes of ancient Silk Road. Archaeological findings are presented in the hall, including details of buildings lining, shards of household items, jewelry made of silver and pictures. 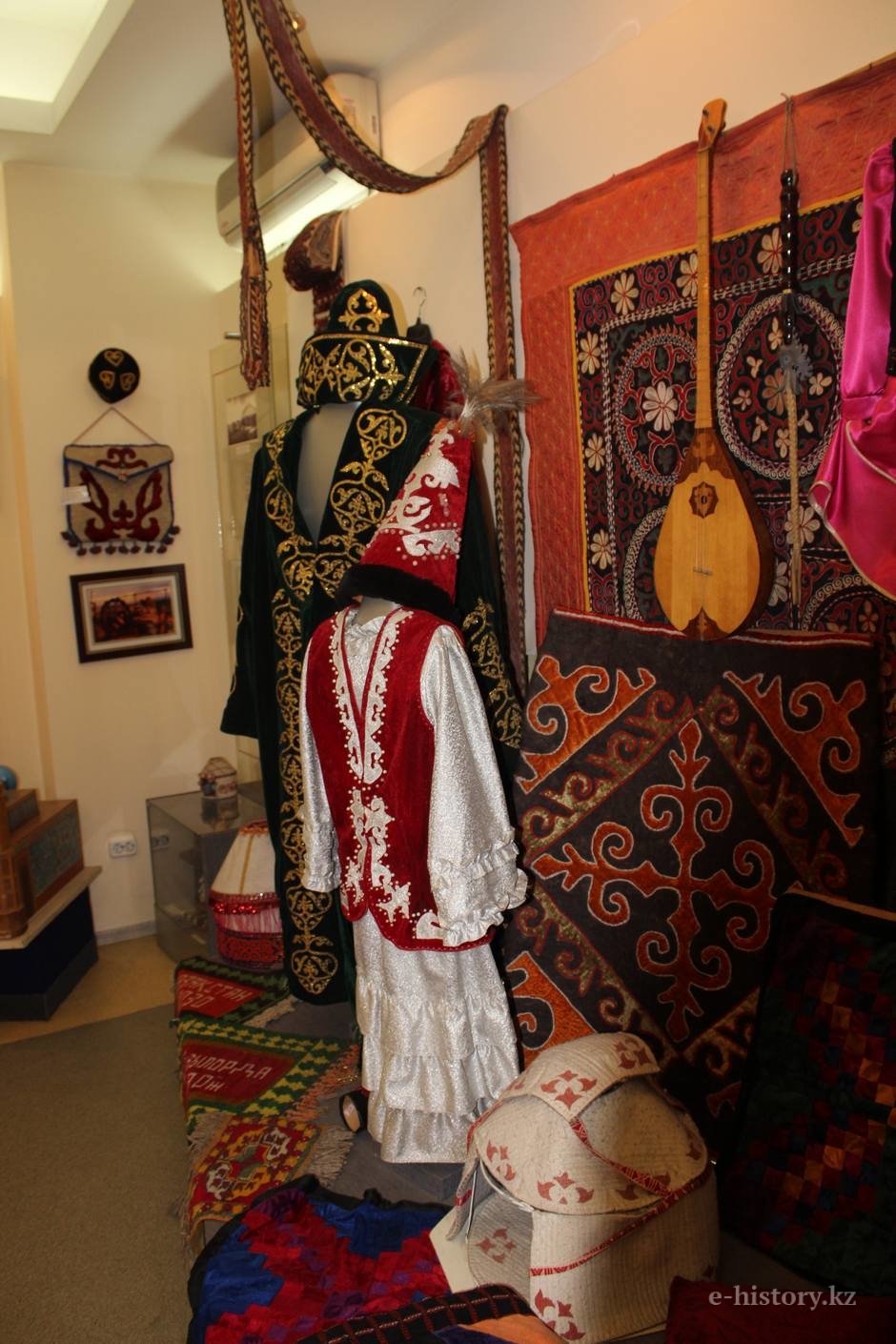 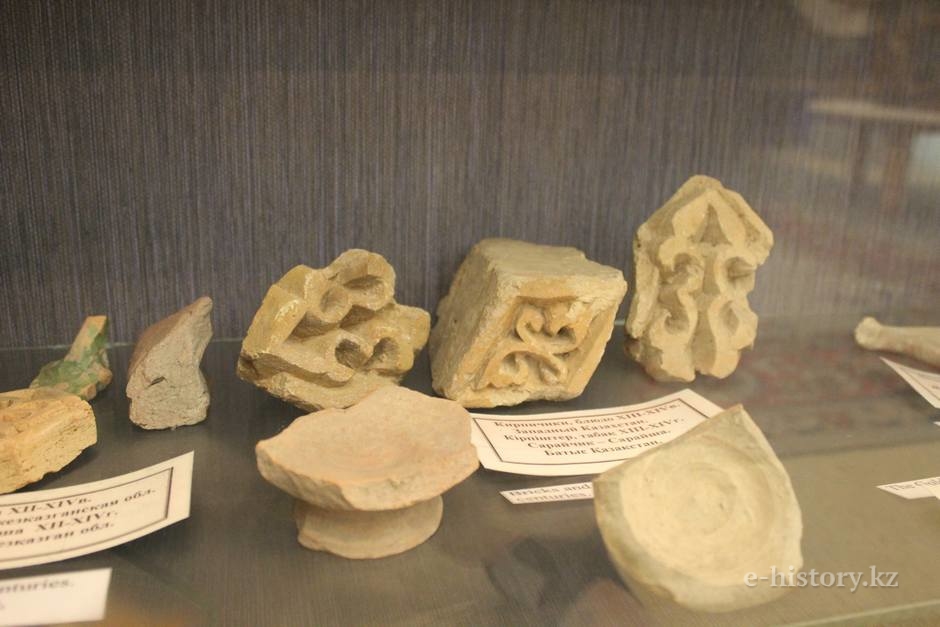 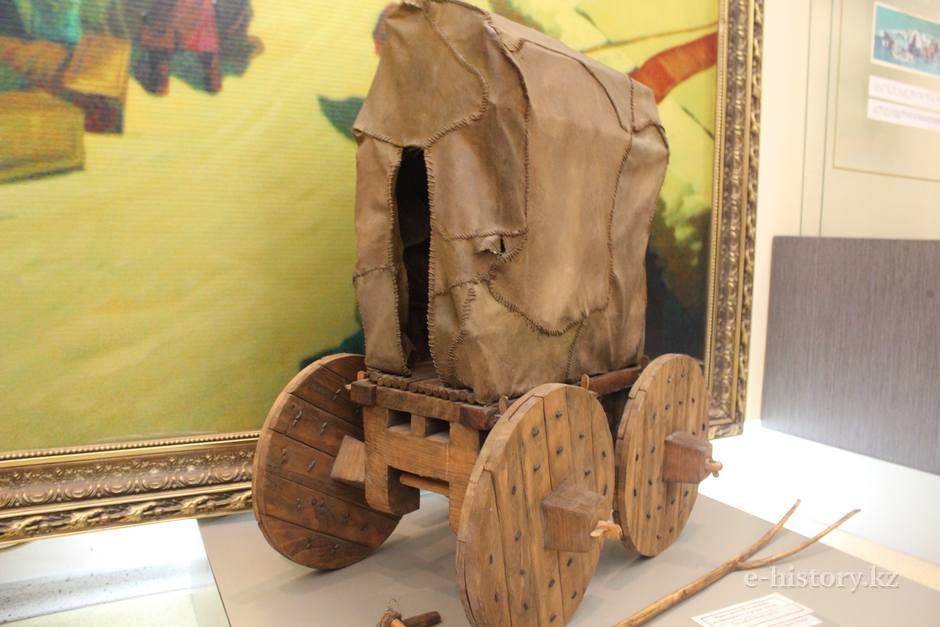 And there is the beginning of all things...

One of the unique objects in the exposition is an original “Map of Railway, Postal and Steamship Communication of the Russian Federation” of 1894. First sector of railroad appeared on the territory of Kazakhstan — from Pokrovskaya Sloboda to Uralsk — is shown on it. Its construction began in 1892. 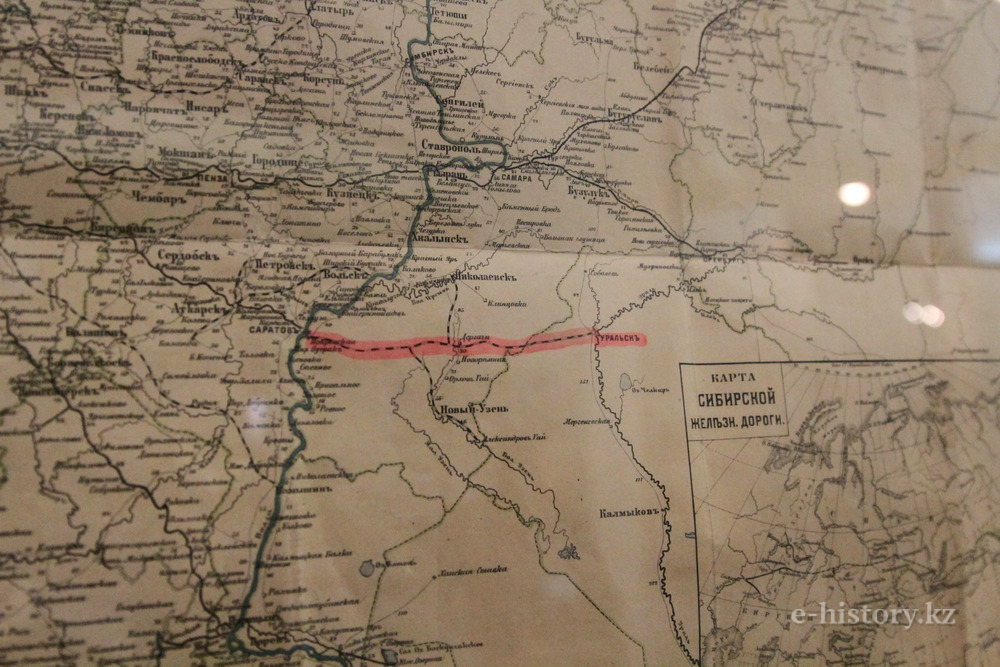 Construction of the first railroad in Kazakhstan began in 1901 in the Western part of the country. In January 1904 the first train from Orenburg to the Kubek station (Kazalinsk) was launched. 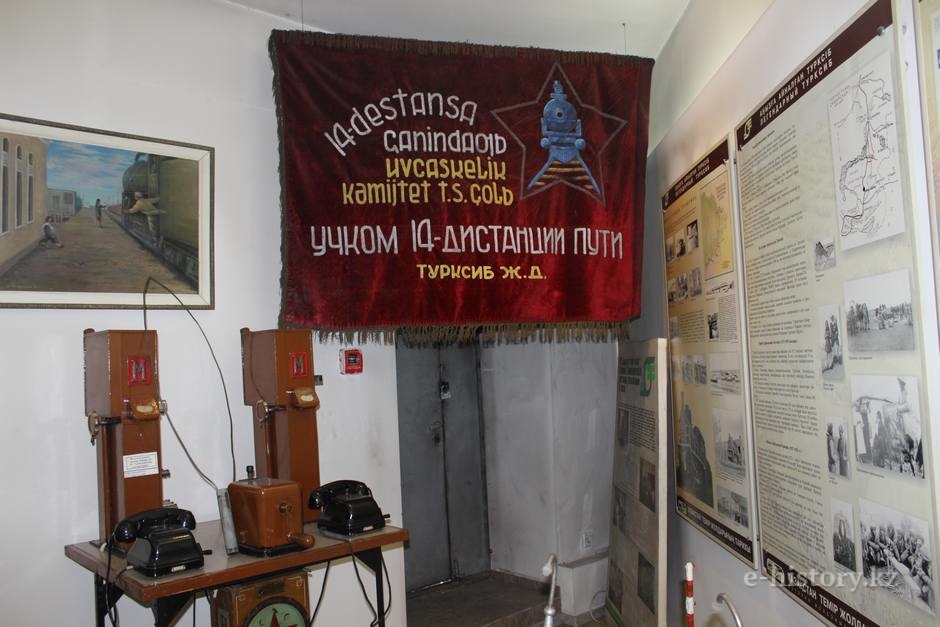 It is not surprising that the significant part of exhibits in the museum related to the legendary Turksib. Constructed during 1926-1931 the Turkestan—Siberian Railway became one of the most large-scale projects of young Soviet Union.

The museum keeps original tools of workers who constructed the Turksib, including picks, spades, oil lamps, press for consolidation of soil, impressive saws for rails cutting. Looking at all this things one can understand how much superhuman efforts this labor took when people were forced to work with such primitive instruments in the wild steppe in any weather. Builders of the Turksib completed the feat and commissioned the railroad one year before the planned deadline. 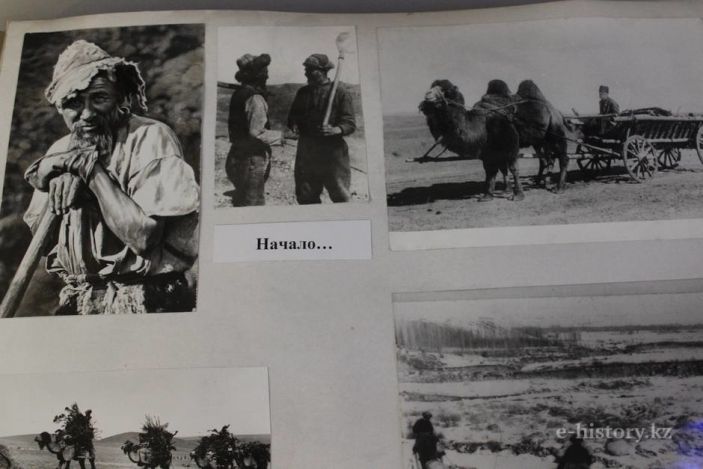 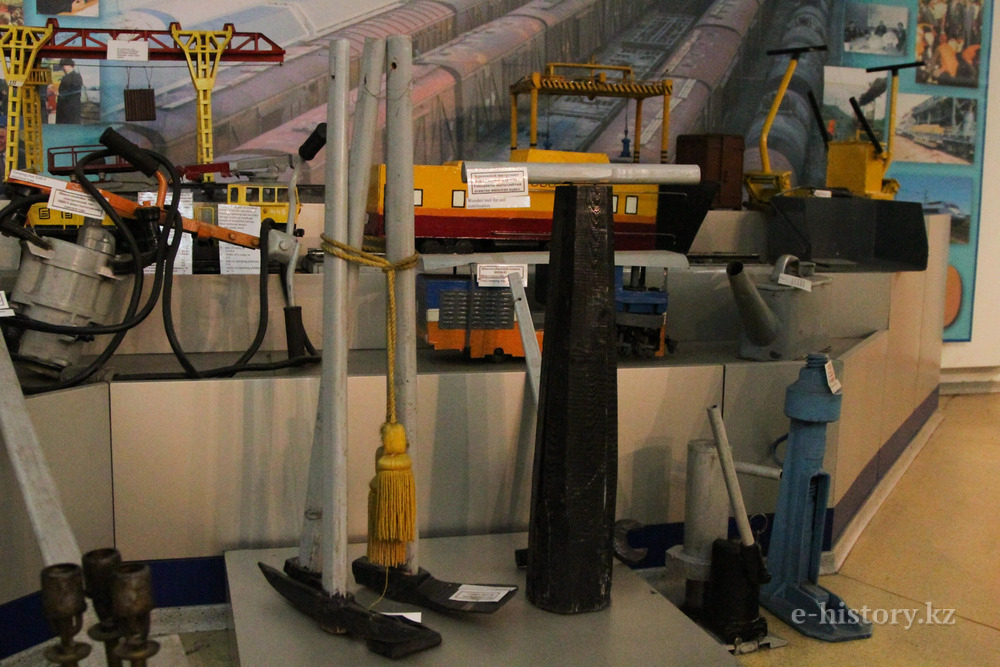 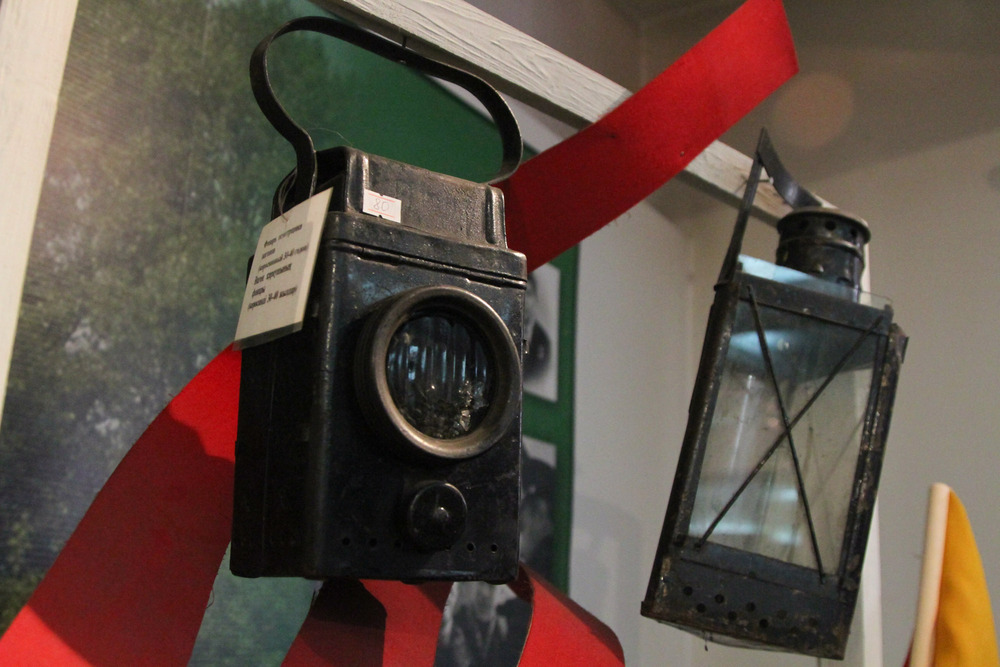 Models of locomotives and coaches are the significant part of the collection. It demonstrates the evolution of technique — from first steam locomotives to modern super-high-speed trains. 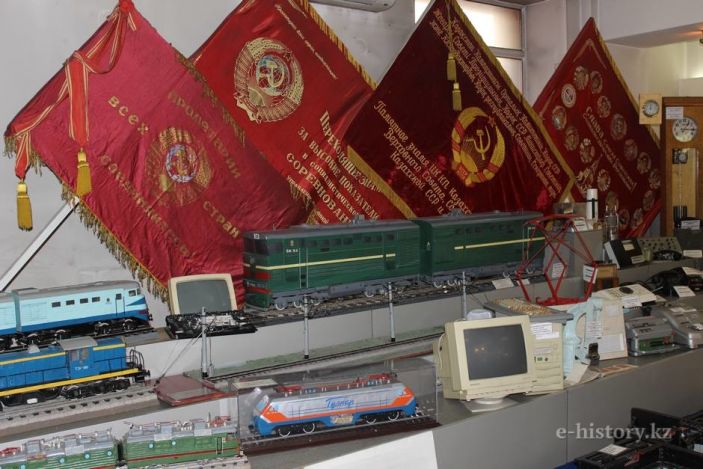 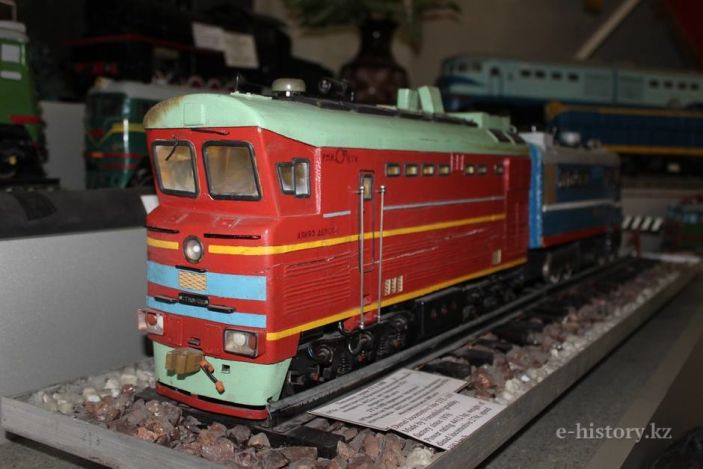 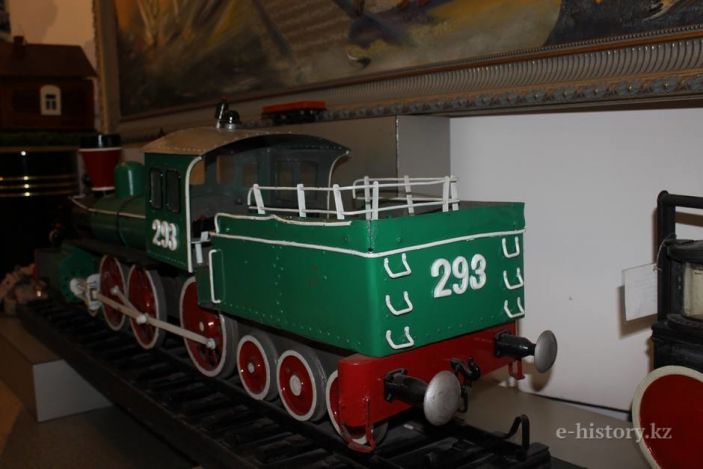 Separate corner of the museum is dedicated to the means of communication between stations. Visitors can see very good kept example of printing mechanism of Morse telegraph and Bodo systems used during the Great Patriotic War. 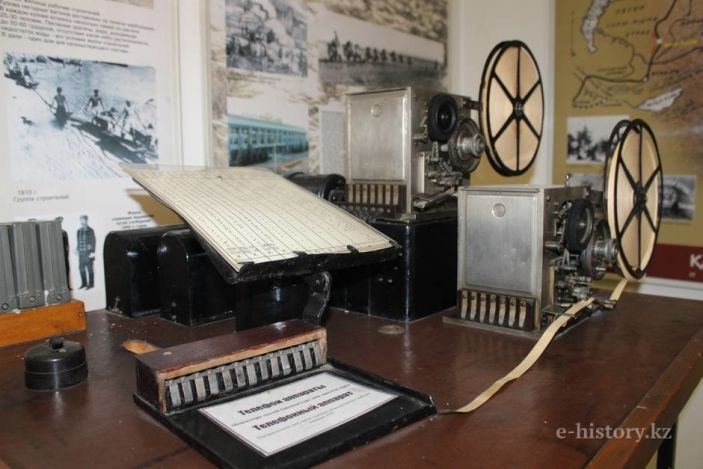 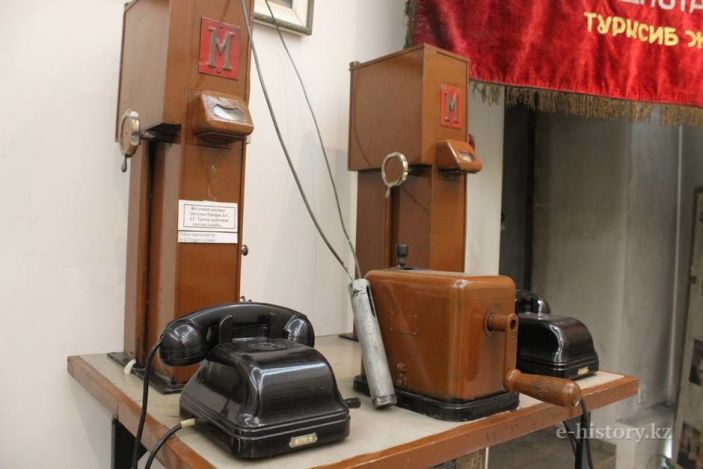 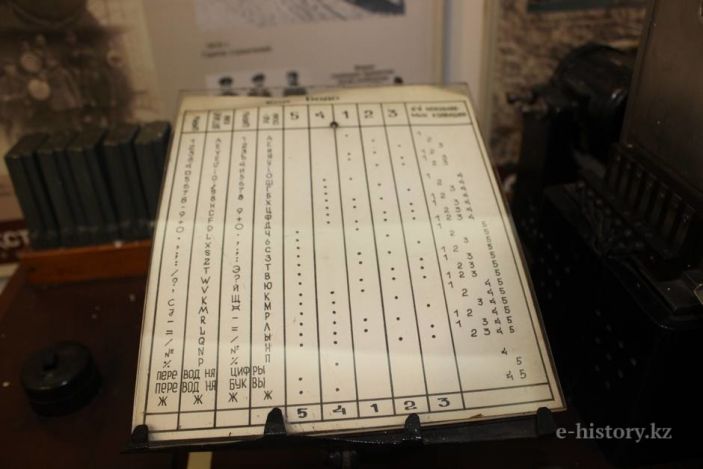 Moving model of railroad is one of the most interesting expositions in the museum. Trains are moving and everything is accompanied by different signals such as locomotive hooter, sound of wheels, lighting. 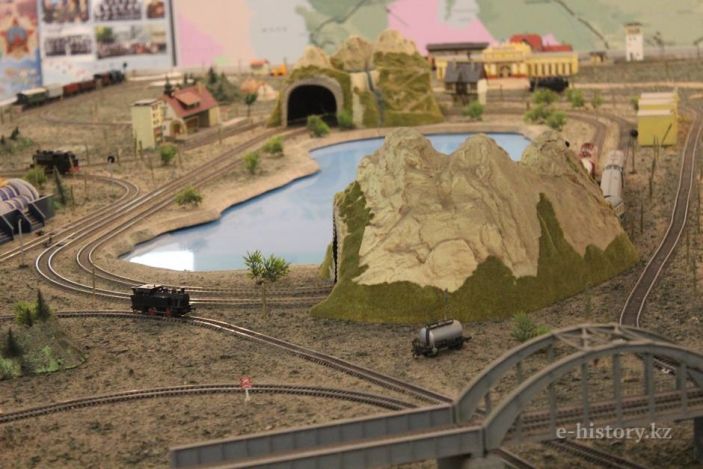 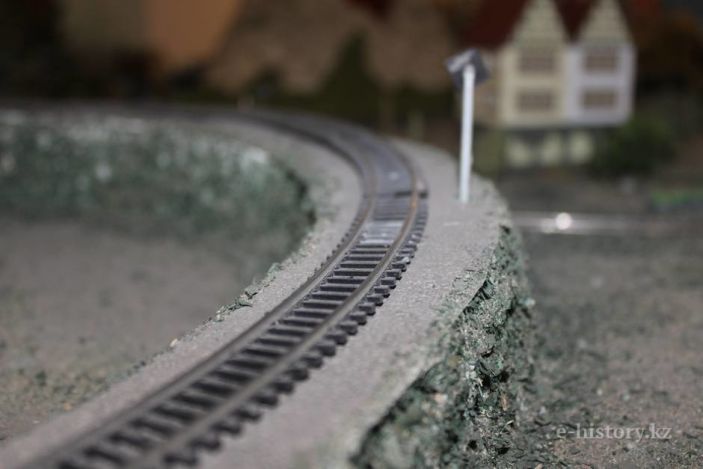 On the second floor of the museum private items of outstanding railway worker and archival documents related to the construction of railroad are presented. Massive working desk of first chiefs of Kazakhstan’s railways attracts the attention of visitors. 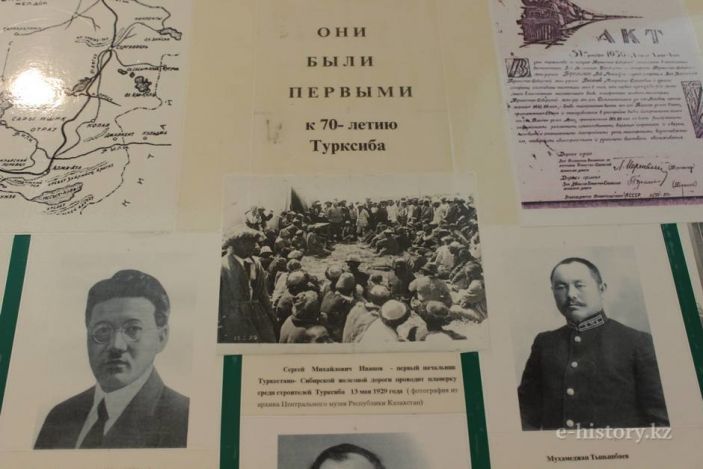 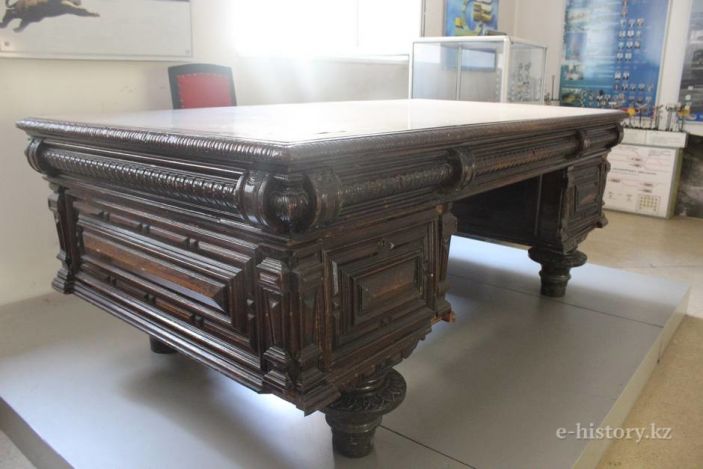 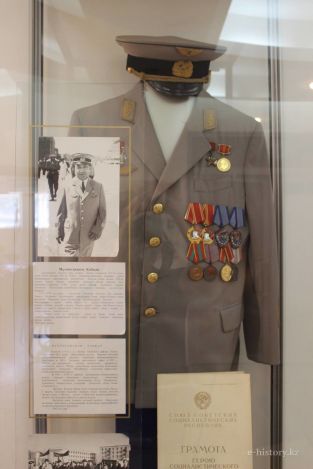 Coat of Kabzhan Mukhamedzhanov — honored railway man worked for the railways from 1935 to 1979.

You can visit the museum and hear hooter from the past at the Museum of rail transport of the Republic of Kazakhstan located in Almaty (127 Furmanov str.), Monday to Friday from 10 a.m. to 5 p.m.