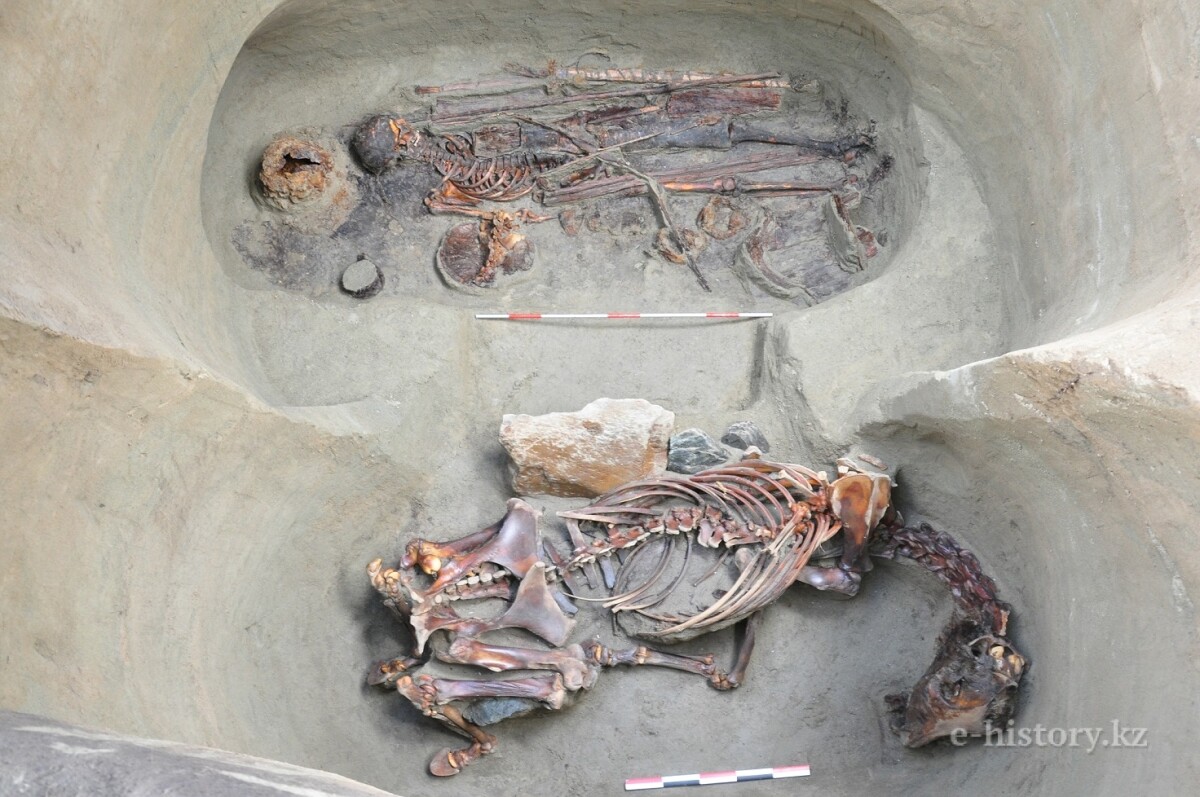 Scientists from Kazakhstan under the leadership of archaeologist, Doctor of Historical Sciences Zeinolla Samashev have discovered the grave of ancient warrior during archaeological excavation in Altai

Scientists from the Republic of Kazakhstan under the leadership of archaeologist, Doctor of Historical Sciences Zeinolla Samashev have discovered the grave of ancient warrior during archaeological excavation in Altai.

Zeinolla Samashev, principle scientific researcher of the Institute of Archaeology of the Ministry of Education and Science of the Republic of Kazakhstan named after A. Margulan, is a discoverer of famous Berel barrows, which are known to the whole world nowadays.

Archaeologist supposes that this warrior lived approximately in 7th century. In addition, near the body of the warrior scientists have found the weapon of the defined historical period, including helmet, quiver, and arrow from quiver, sword, cavalry sword, as well as bones of horse and goldish harness and bridle. The most significant discovery of the archaeological excavation became the musical instrument which was looking like a kobyz (an ancient Kazakh string instrument). 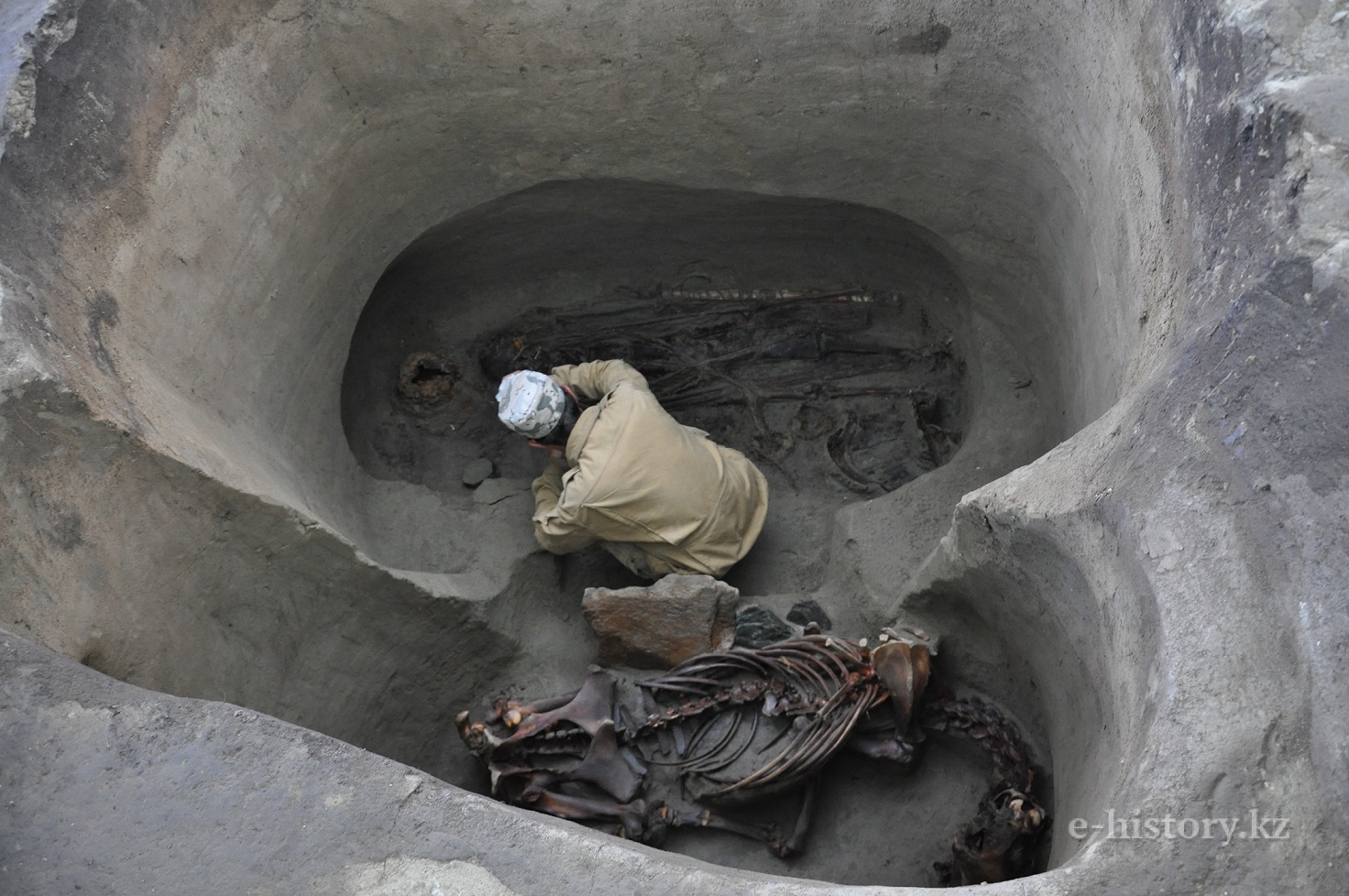 “Bones of man and horse are very well kept. As I consider, the man occupied a sufficiently high position in society” — Zeinolla Samashev said. According to the archaeologist, the results of the first expert examination demonstrated that the warrior was approximately forty years old man.

This monument was discovered under the auspices of the project of the Turkic Academy “State structure of the Western Turkic Khaganate”.

The most interesting fact is that last year two archaeological groups discovered two types of ancient musical instruments at the same place.

The date of this historical monument will be defined after the special expert examination, which will be carried out on the basis of the Turkic Academy.

We remind that on October 3, 2009 at the IX Summit of the Turkic-speaking countries the President of Kazakhstan Nursultan Nazarbayev made a suggestion to establish an international research center, which would explore the role and place of the Turkic civilization in universal civilization, study the past, the present and the future of the Turkic world. On May 25, 2010 the Turkic Academy was opened.

Nowadays the Turkic Academy as a scientific organization, recognized in Kazakhstan and abroad, implementing Turkological research in the social sciences and humanities, performing a coordinating and consolidating function in interstate and inter-ethnic integration sets the research objectives, which cover the periods from pre-history to modernity in the sphere of literature, spiritual and cultural values, religion and mentality, geopolitical and economic strategy, research priorities in international relations.