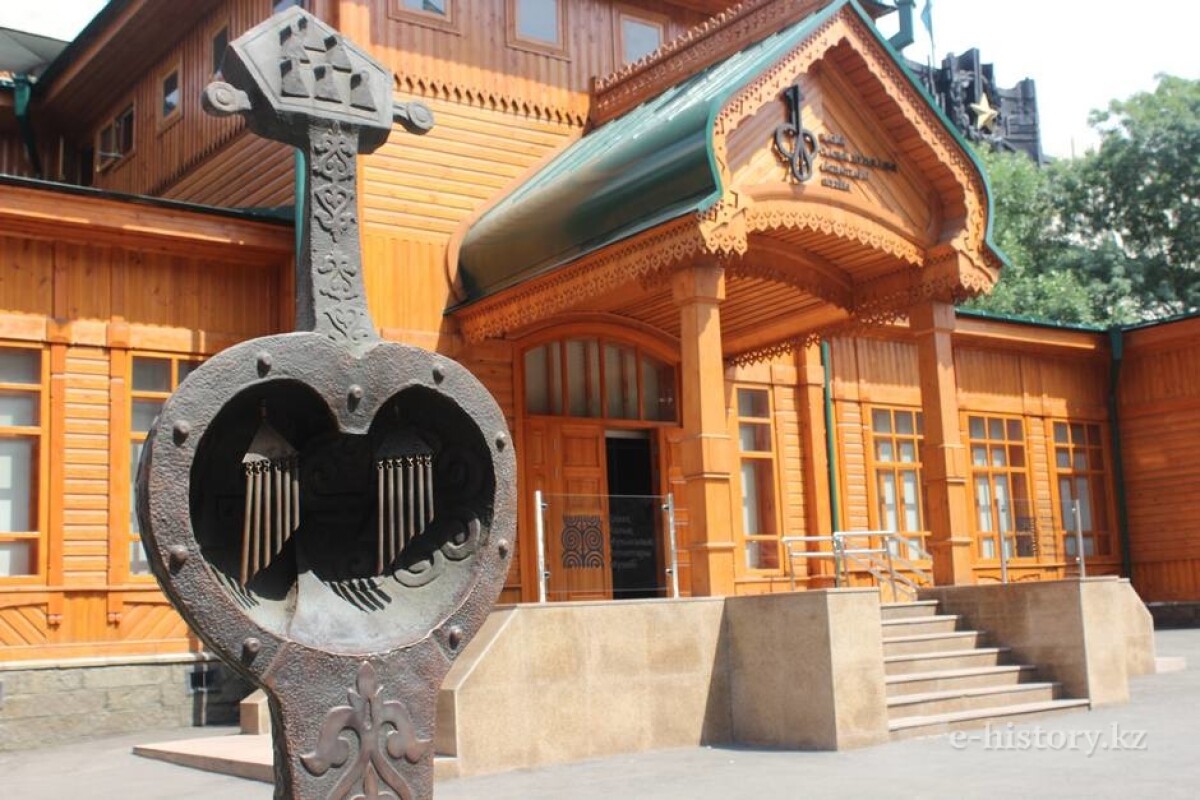 Coming into this cozy building at once you are carried away from daily routine to the time of hoary antiquity, when compositions of Ikhlas, Kurmangazy, Dina Nurpeisova and many others sounded over the Kazakh steppe.

For the first time the Museum of Kazakh Folk Musical Instruments opened its doors for visitors in 1980. Having thirty-year history nowadays the Museum is a possession of the country, treasury of Kazakh musical culture, absolutely unique in the Republic.

Museum’s building is also a monument of Kazakhstan’s history and architecture. This example of wooden architecture of social building up in Verny city was constructed in 1908 by the famous architect Zenkov A.P. 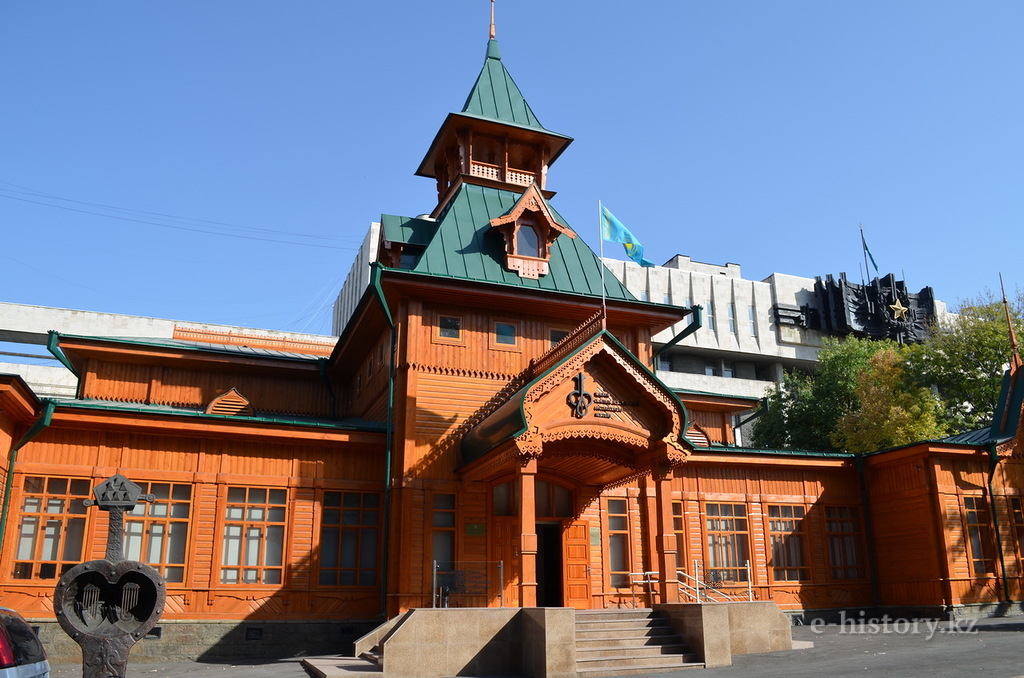 The Museum was named after Ikhlas, famous Kazakh musician of XIX-XX who advocated the purity of folk creative work and preservation of different national instruments. 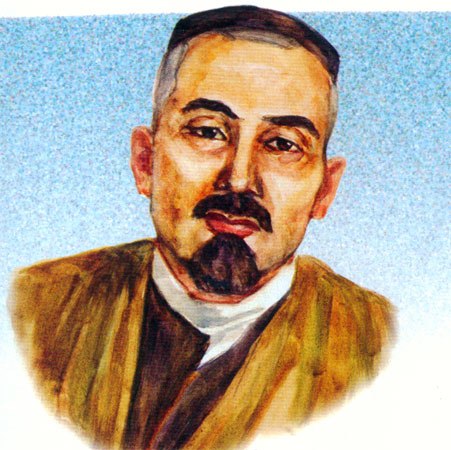 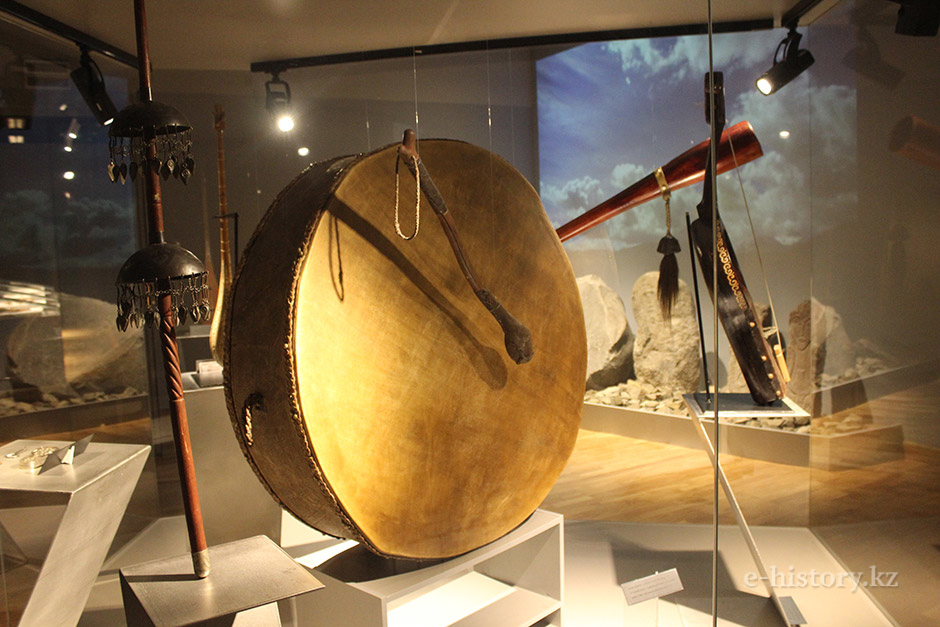 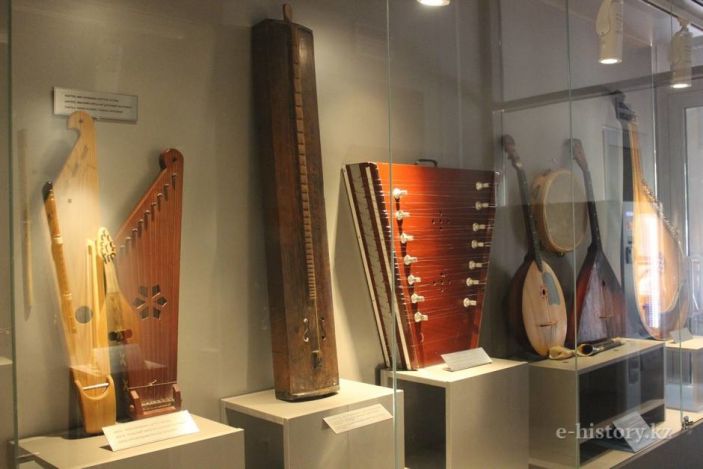 Hall of instruments of world nations 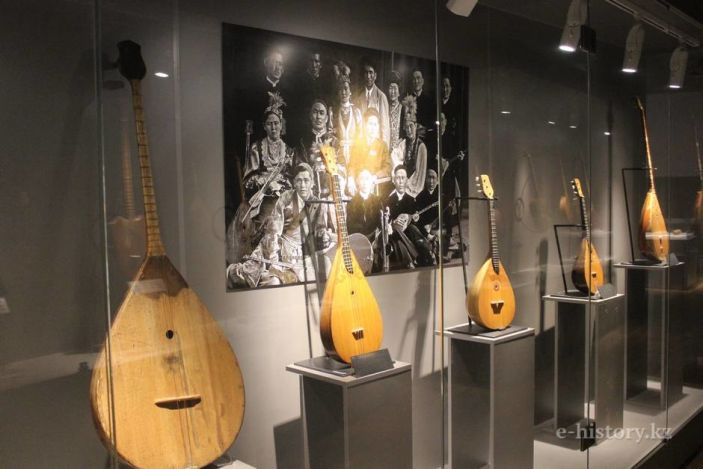 Original instruments takes on special significance. Thus, one of the most ancient exhibits is narkobyz of Zharas baksy. Legend tells that the instrument was buried with shaman, however after a while music start rising from the grave. Then his contemporaries made a decision to take narkobyz out and give it to people. 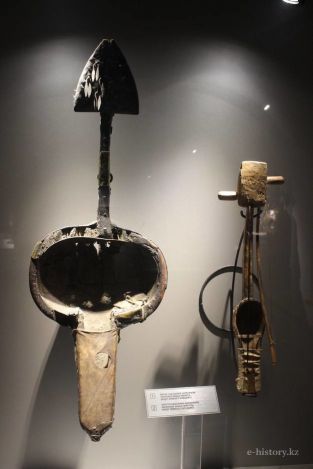 Another one valuable artefact is saz syrnai, ancient wind instrument discovered during excavations of medieval Otrar city burnt in 1220. 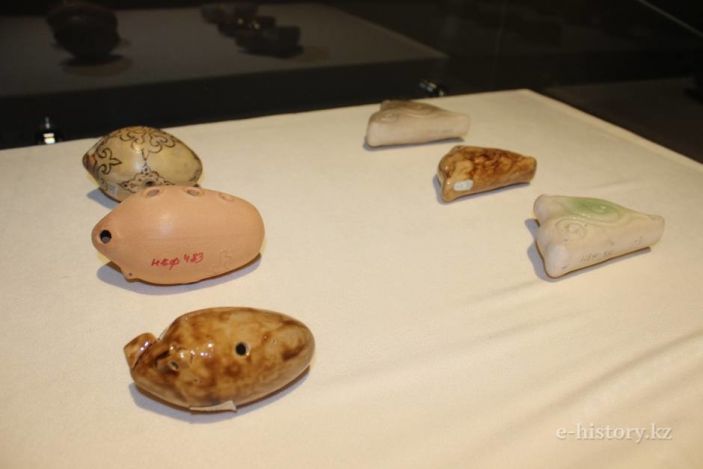 There are some “younger” but not less unique instruments, because before they belonged to the great people, including Kurmangazy, Birzhan sal, Zhambyl Zhabayev, Bakyz-zhyrau, Isabek and other famous figures. Thus, dombra of Abai Qunanbayev was given to the museum by granddaughter of Abai. This dombra has three strings and non-standard shape. 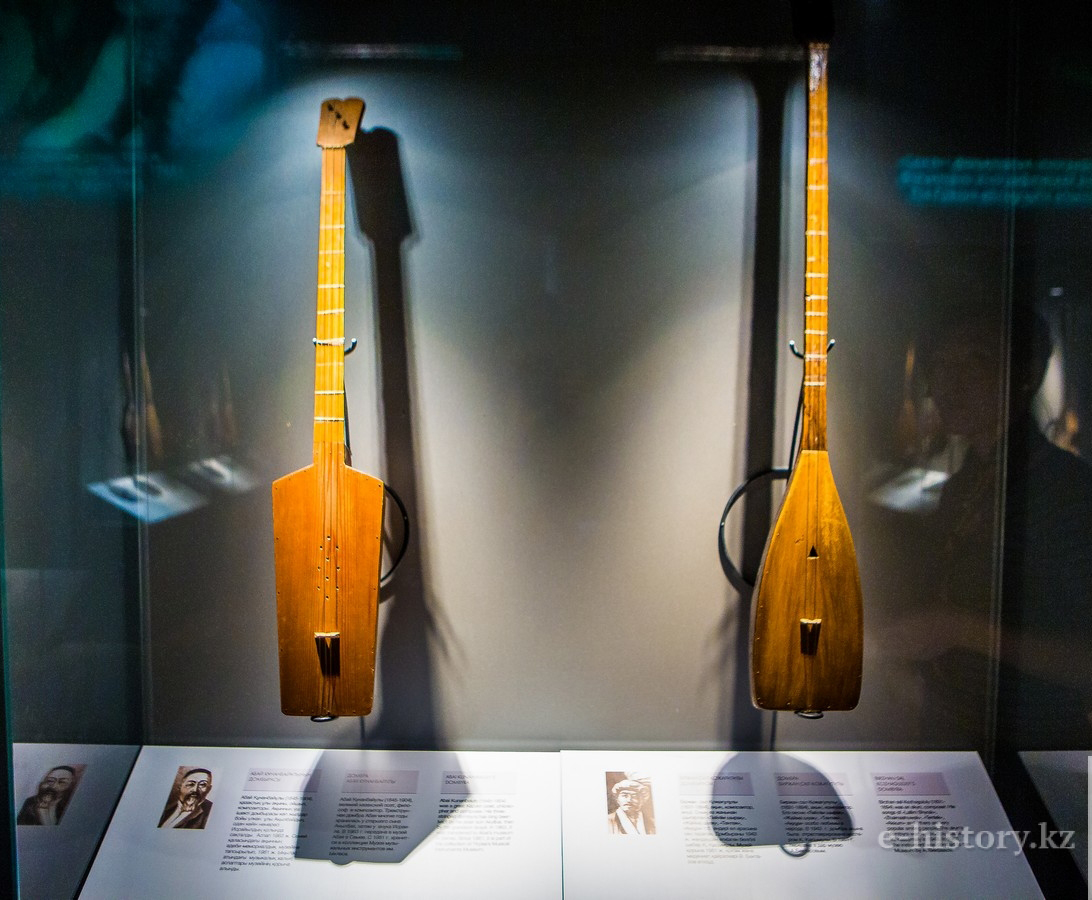 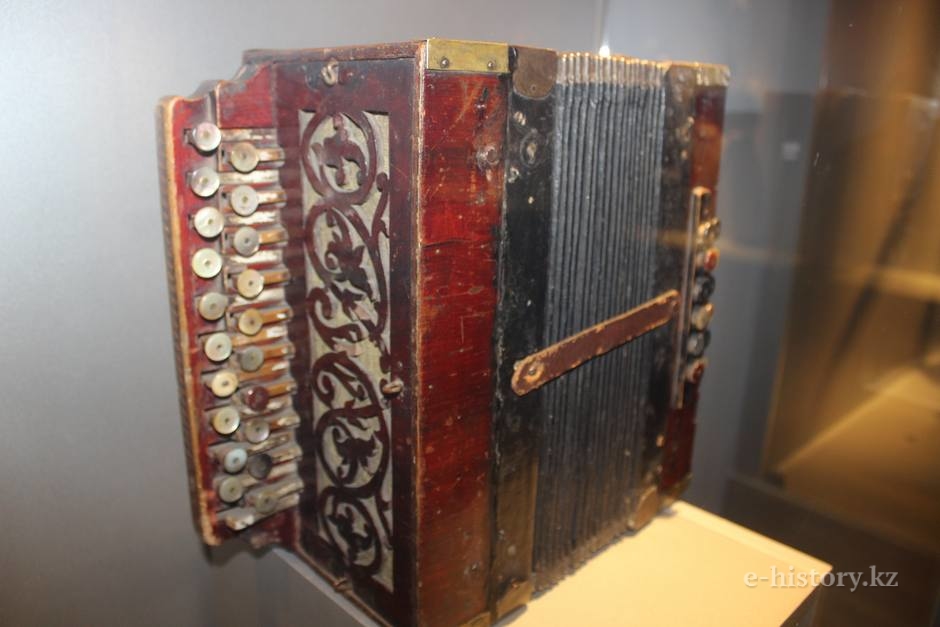 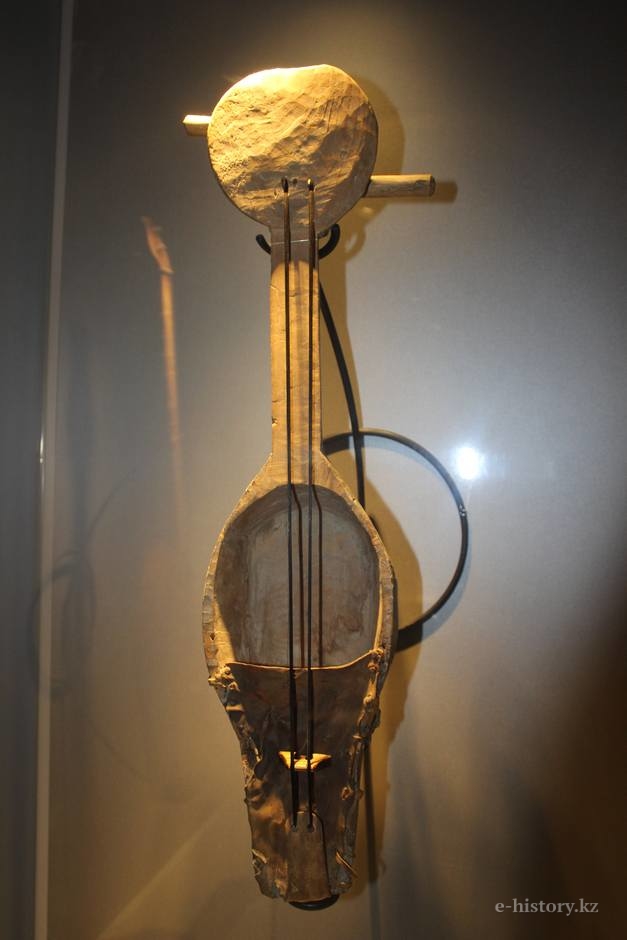 Such instruments as zhetygen, adyrna, sazgen, dudyga and tokyldak were discovered in the result of scientific searches in the wake of folk legends and written sources, and restored by national craftsmen on the basis of ethnographical descriptions. 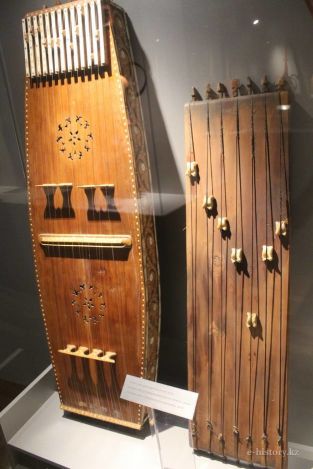 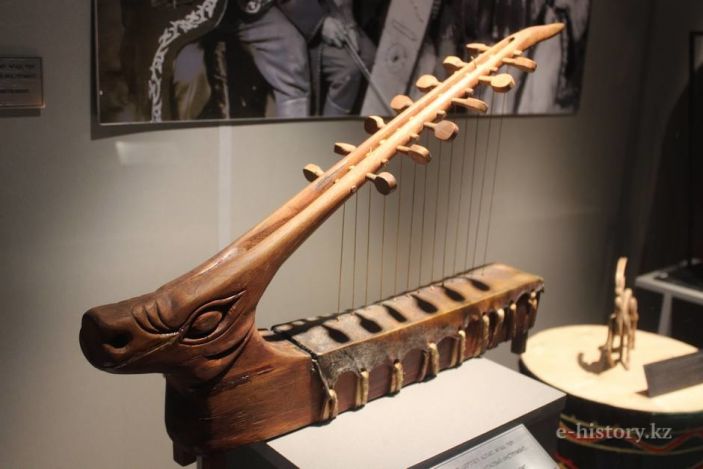 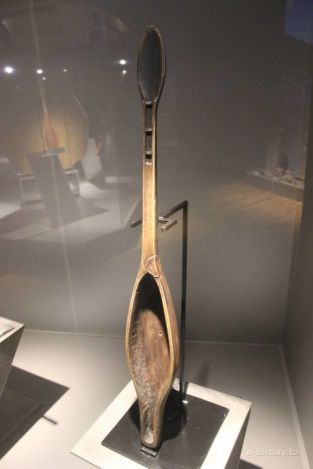 After the reconstruction exposition halls have Media table multimedia system with information about history of music, traditions and life of Kazakh people. 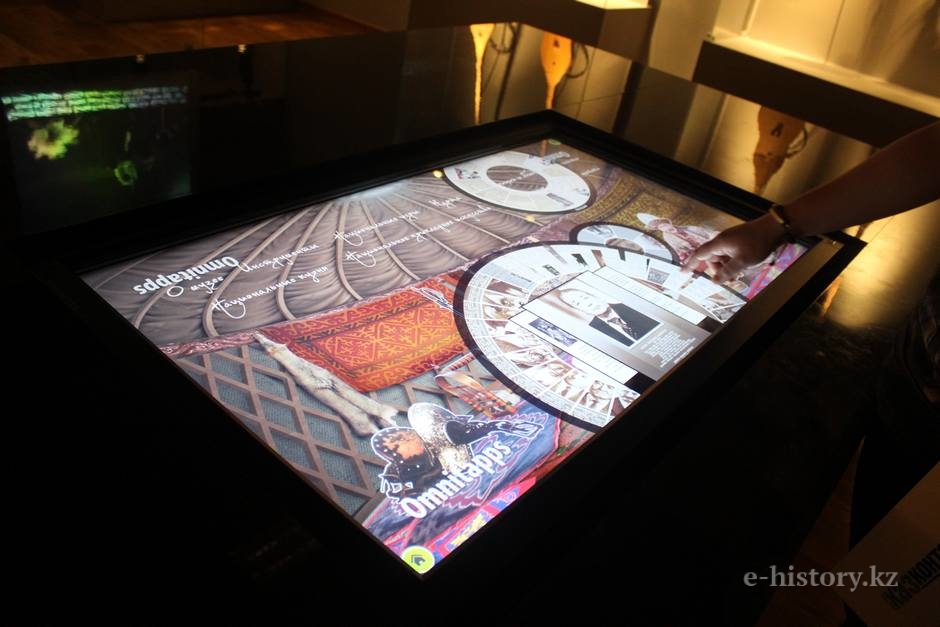 To see dombra which was held by great Abai, to see with your own eyes the most ancient shaman’s kobyz, to listen to zhetygen and asatayak which sounded few centuries ago ... Everything is possible in the Museum of Folk Musical Instruments!