Home News Other 95-year life of the "Kazakhstan Pravda"

95-year life of the "Kazakhstan Pravda" 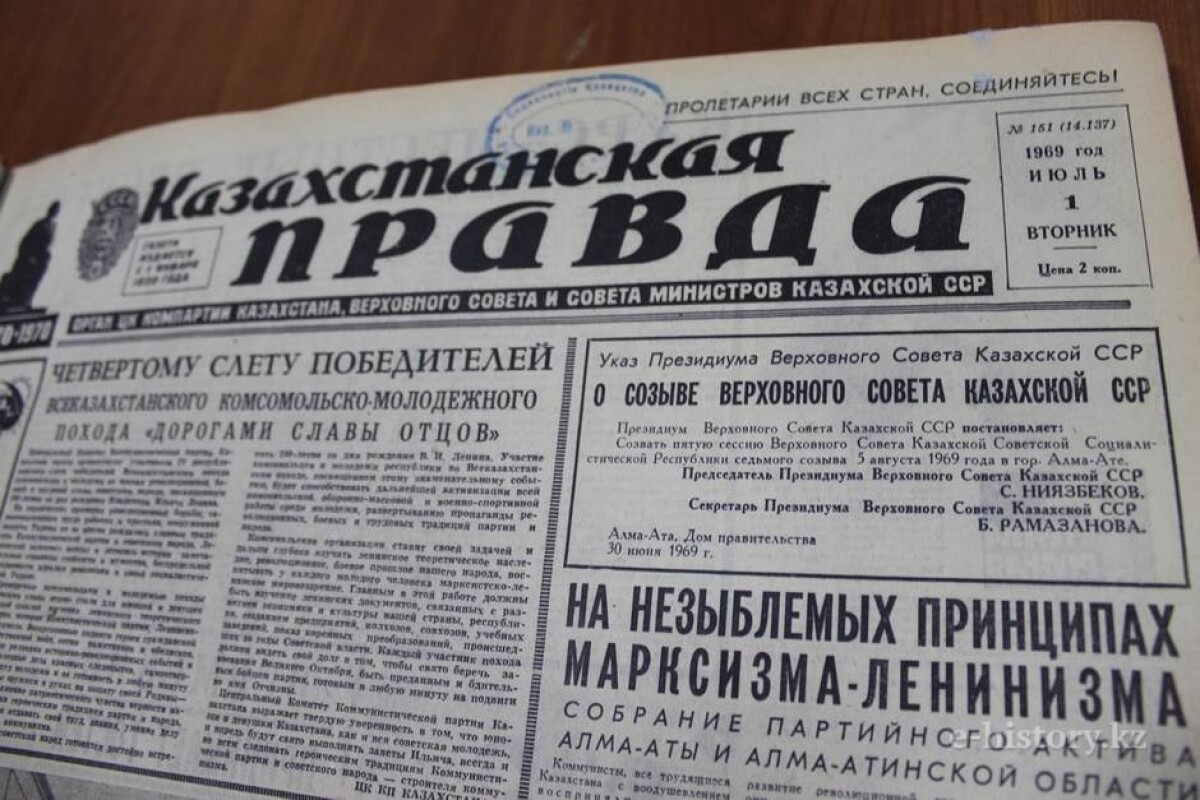 On the eve of the day of journalism portal e-history.kz walked to the editorial office of oldest republican newspaper in Kazakhstan in Russian-language — «Kazakhstan Pravda»(«Kazpravda»). It is the ancestor is the newspaper «Izvestia Kyrgyz territory», the first issue in Russian released January 1, 1920.

In editorial office we met with Alexander Tarakov, chairman of the board of the newspaper. He works there since 1994 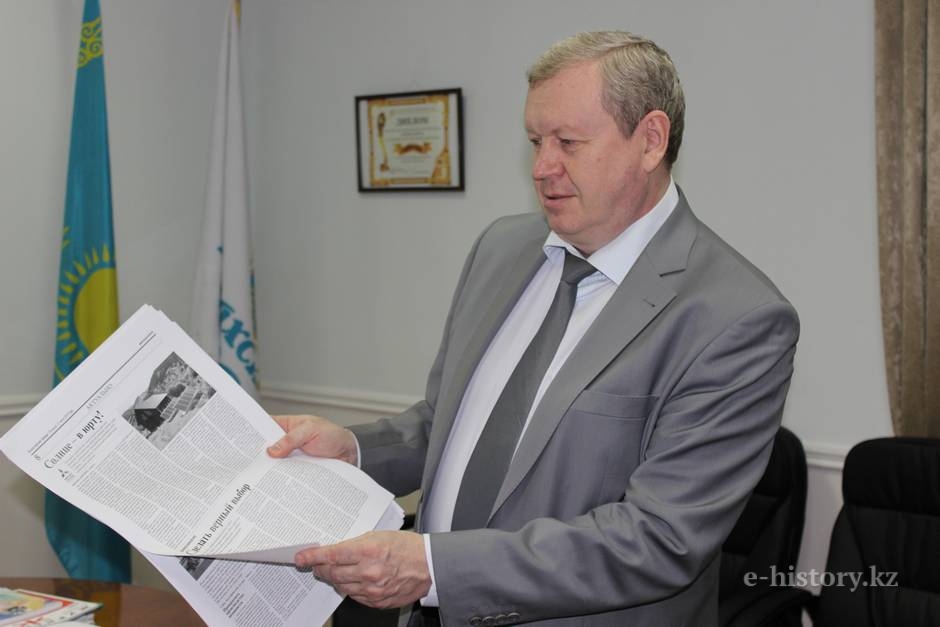 Alexander, tell us a little about the history of «Kazakhstan Pravda».

— The first of January next year, «Kazpravda» turns 95 years old. Among national Russian-language newspapers it is the oldest. «Egemen Қazahstan» is older us just for two weeks. But there is a regional newspapers, for example, «Kostanay news» that are older than a hundred years.

The «Kazakhstan truth» had different historical names. And it was called «News Kyrgyz territory» and «Steppe truth» and «Soviet steppe». It came out in the 20s and 40s, i.e. already has a solid image. Currently, the newspaper’s circulation is 110,000. Since 2000, an online version in English emerged that were assessed and value foreign diplomats. 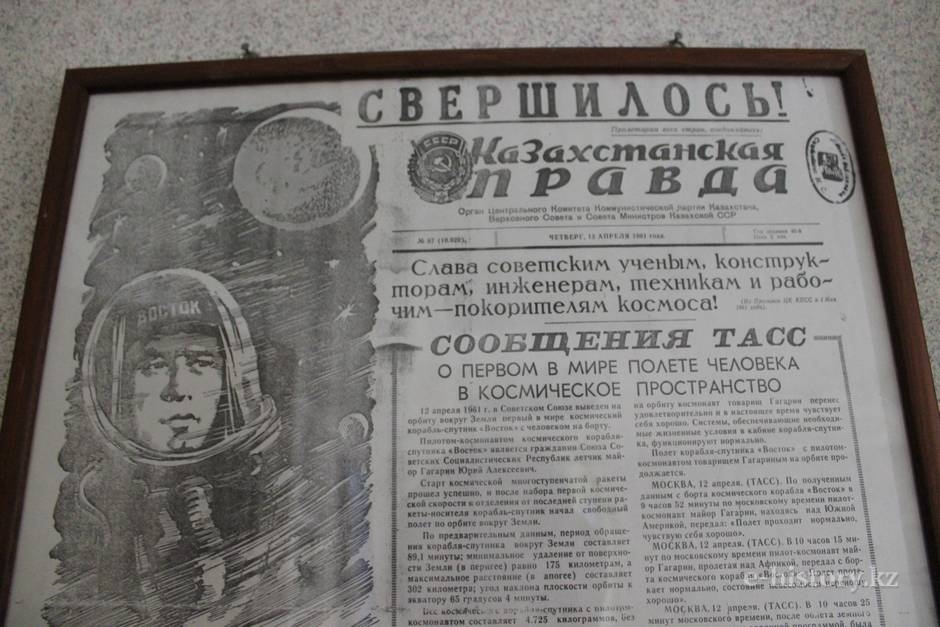 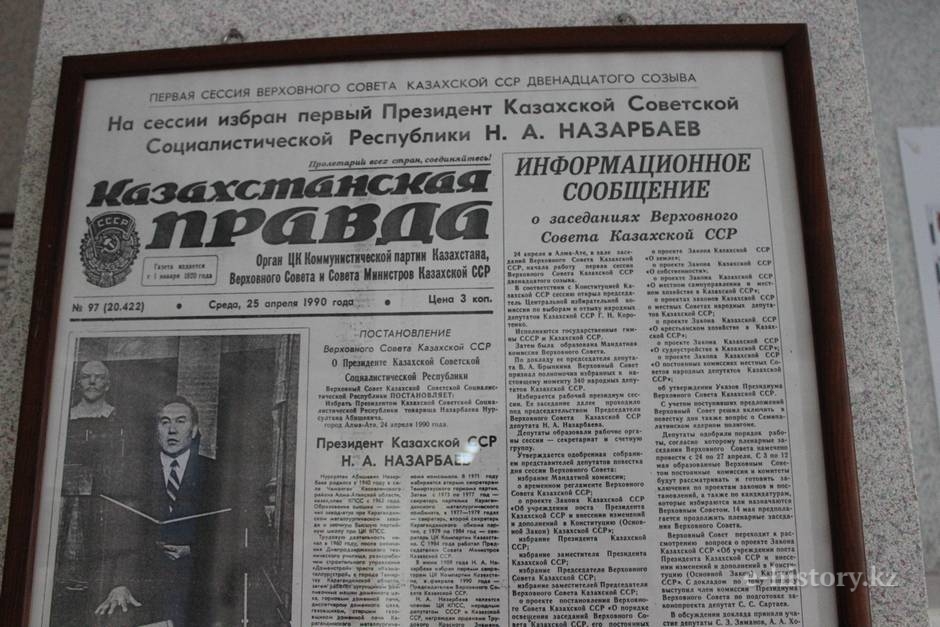 Who stood at the origin of the «Kazpravda»? Who was its father?

— The first editors are hard to find in history, as many were repressed in the 20-30s., also they have changed very often. At one time all remember Fedor Mikhailov, who led a very long time «Kazpravda». He headed it into the 60-70s. Fedor had a good relationship with Dinmuhamed Kunaev, who respected him. In the late 90s was the son of the editor — Valery Mikhailov.

At one time in «Kazpravda» worked Mikhail Poltoranin, a Russian professional journalist who was minister of press Russia under Yeltsin. 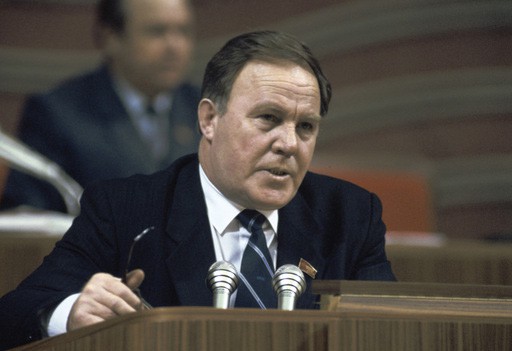 When in the 40s in Alma-Ata were evacuated and prominent cultural figures of Soviet journalists, some of them very many cooperated with «Kazpravda». They are Bertgolts and Marshak, virtually all of the names that sounded then, all of them are in Alma-Ata, published in our newspaper. Now there are no veterans of «Kazpravda» who are alive.

Are there now such strong journalists who do not afraid of the word?

— Words have to fear the word should be treated carefully. Now youth rarely read classics that build a culture of relationship to the word.

Currently, there is still such a problem: every journalist has to write a large amount when there is no time for cutting words. Journalism largely becomes informative, unlike the Soviet era, when it was more journalistic, when were essays and sketches. Previously, it was considered shameful to issue more than 2–3 materials per month, but they had to be edited very well. Now in journalism there are many artisans, essayists almost gone. Last of them fade in «Kazpravda».

We have very strong members of the old Soviet school, looking at whom today’s young people learn something. In the same Kazakh journalism modernization pace was slowed, so essayist and journalism is in good condition. 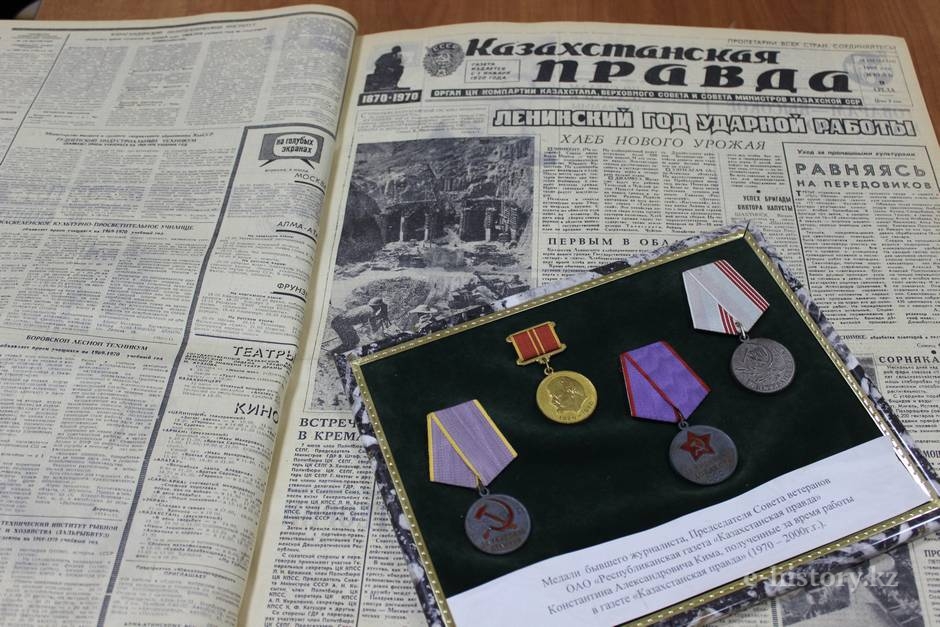 What has changed in the newspaper after Kazakhstan’s Independence?

— Many things have changed. Prior to Independence «Kazpravda» consisted of only four lanes. Among them, the third band was filled by the material of ITAR-TASS, also the so-called «Peg», i.e. materials, which were prepared in Moscow for general publication, such as the decision of the Politburo, important government decisions, etc., were published.

Thus, journalists had to fill only two and a half stripes. And now we have a standard issue of 16 stripes, and 12 of them journalists. The newspaper has increased significantly in volume. Also, now we have expanded online edition.

Alexander, what would you wish for young journalists of Kazakhstan?
— To set high goals and never complacent.

June 27, 2014
Use of materials for publication, commercial use, or distribution requires written or oral permission from the Board of Editors or the author. Hyperlink to Qazaqstan tarihy portal is necessary. All rights reserved by the Law RK “On author’s rights and related rights”. To request authorization email to or call to 8 (7172) 57 14 08 (in - 1164)
Қазақша Русский English
THE MOST WIDELY READ
Year
Philosophy of the Emblem President of Kazakhstan took part in the opening ceremony of celebrations dedicated to the 175th anniversary of Abai Kunanbayuly Abdurakhman Aitiyev and his struggle Nurmukhan Zhanturin. Actor who played himself Ydyrys Mustambayev. Defender of Abai and Magzhan Online documentaries Kassym-Jomart Tokayev sent a telegram to UN Secretary General António Guterres History of pandemic in Central Asia THE GREAT SON OF THE GREAT STEPPE What was the composition of the country’s Supreme Soviet of the XII Congress Armenians and their kinship with the Kazakh people Nurtas Ondasynov. Kunayev’s Chief
Polls
Materials on the topic
Labels of the Golden Horde khans and Russian clergy
From the story of a blood feud
A role of Buddhism in formation of Central Asian mythologies
The referendum on the Constitution is a significant stage of democratization