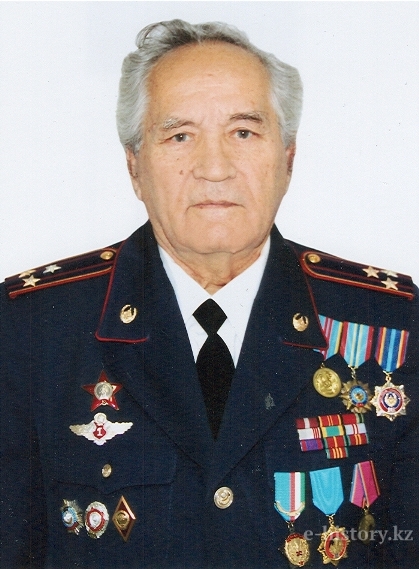 Traditionally, on the eve of the Day of the Kazakh police Astana’s Board of Veterans of the Department of Internal Affairs does not stand aside and congratulated on their professional holiday younger
A member of the Board of Veteran of the Department of Internal Affairs (DIA) police colonel Alexander Knyazev was not exception. Work experience in law enforcement Alexander has 36 years. Back in 1956, when in order to stabilize the crime situation in the Department of Internal Affairs Petropavlovsk volunteer brigades were created to facilitate the police, as a young athlete, Petropavlovsk champion in Greco-Roman wrestling, helping police officers to patrol the streets of the city and the territory of the city park, chose the profession. From that moment, he began his brilliant biography of operational and investigative services.

Alexander rose from cadet to police colonel. Work activities in law enforcement began with the security officer of the 26th Division of the 8th General Directorate of Ministry of Internal Affairs of the USSR. Over the years in the police, from an ordinary employee, he rose to head Stepnogorsky Department Inner City Affairs (DICA) of Tselinograd region Leninsky district police department of Astana, headed the 5th Department of Internal Affairs (DIA) of Akmola region, the end point of his working career began as Deputy Chief of the criminal police of DIA of Akmola region. In 1993, this office Knyazev police colonel went on a holiday, but the nature of the operative, hardened over the years, does not allow him to rest. For 20 years, he is the deputy chairman of the Veterans Council at the capital DIA actively engaged in social work, always ready to help young police officers. Sometimes look at situation seasoned operatives can greatly help today's front-line services. 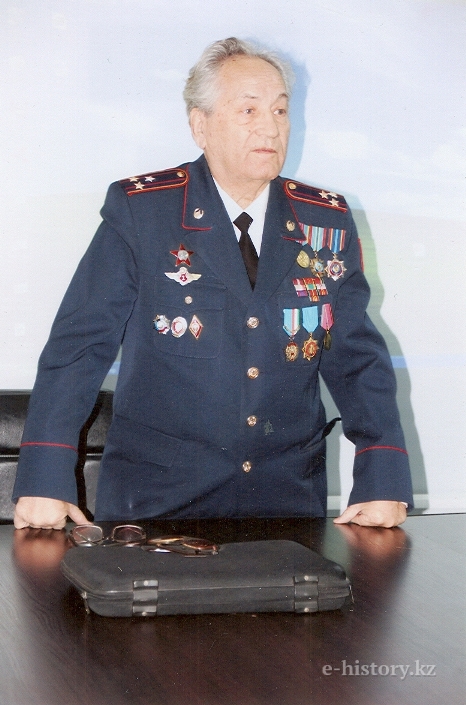 The colonel of police A.Knyazev

"I am convinced that today's generation of police officers - it professionally trained people, selflessly carrying their hard service with the maintenance of public order in the city. Honor and glory to them, - shares his thoughts police colonel Alexander Knyazev. However, unfortunately, there are various kinds of incidents perpetrated by employees, designed to guard the law and order. These cases are not common in nature. Majority of police officers are conscientious people, honestly perform their duties".

According to the veteran, the capital's police officers have special responsibility. Astana is the heart and pride of Kazakhstan. The workload on one police officer in the capital remains the highest in the country. The city regularly hosts socio-political and other major events. For instance, conduct various diplomatic missions and escort official visits when the heads of state and government delegations come to the capital. A large number of foreign people live and regularly visit the capital. Considering all factors, the capital DIA employees with honor cope with their responsibilities.

"On the eve of our professional holiday, the Day of the Kazakh police, I wish to law enforcement officials remain committed to their chosen profession, to prevent violations of service and military discipline, to be faithful to the oath, adopted before entering the service. In short, to serve with a cool head, a warm heart and clean hands. And we, the veterans, in turn, are always ready to help comprehensively and transmit our accumulated life and professional experience "- says with the warmth the police colonel A. Knyazev.

June 23, 2014
Use of materials for publication, commercial use, or distribution requires written or oral permission from the Board of Editors or the author. Hyperlink to Qazaqstan tarihy portal is necessary. All rights reserved by the Law RK “On author’s rights and related rights”. To request authorization email to mail@e-history.kz or call to 8 (7172) 57 60 13 (in - 1163)
Қазақша Русский English
MOST READ
Month Year
Kazakh historical drama Tomiris premiered in Istanbul
ALASH IDEA IS THE PROTECTION OF KAZAKH STATEHOOD
Stolypin about the worries and hopes of immigrants to the Kazakh steppes
A tireless explorer of the Kazakh land
SWITCHING TO THE LATIN ALPHABET – UNITE ALL KAZAKH PEOPLE
Kunaev Dinmukhamed Akhmedovich
People who eat horses will kill you
Kazakhstan's participation in the Winter Olympics has a long history
Rebooting a field of science and education
Recorded history of Kazakhstan. Part 1
Historical Dates on the Bosphorus
Recorded history of Kazakhstan. Part 2
Materials on theme
Future energy
Members of the Constitutional Council of RK met with youth
The archaeologists have discovered the armors of batyrs in the Kyzylkum desert.
The first schools in Kazakhstan