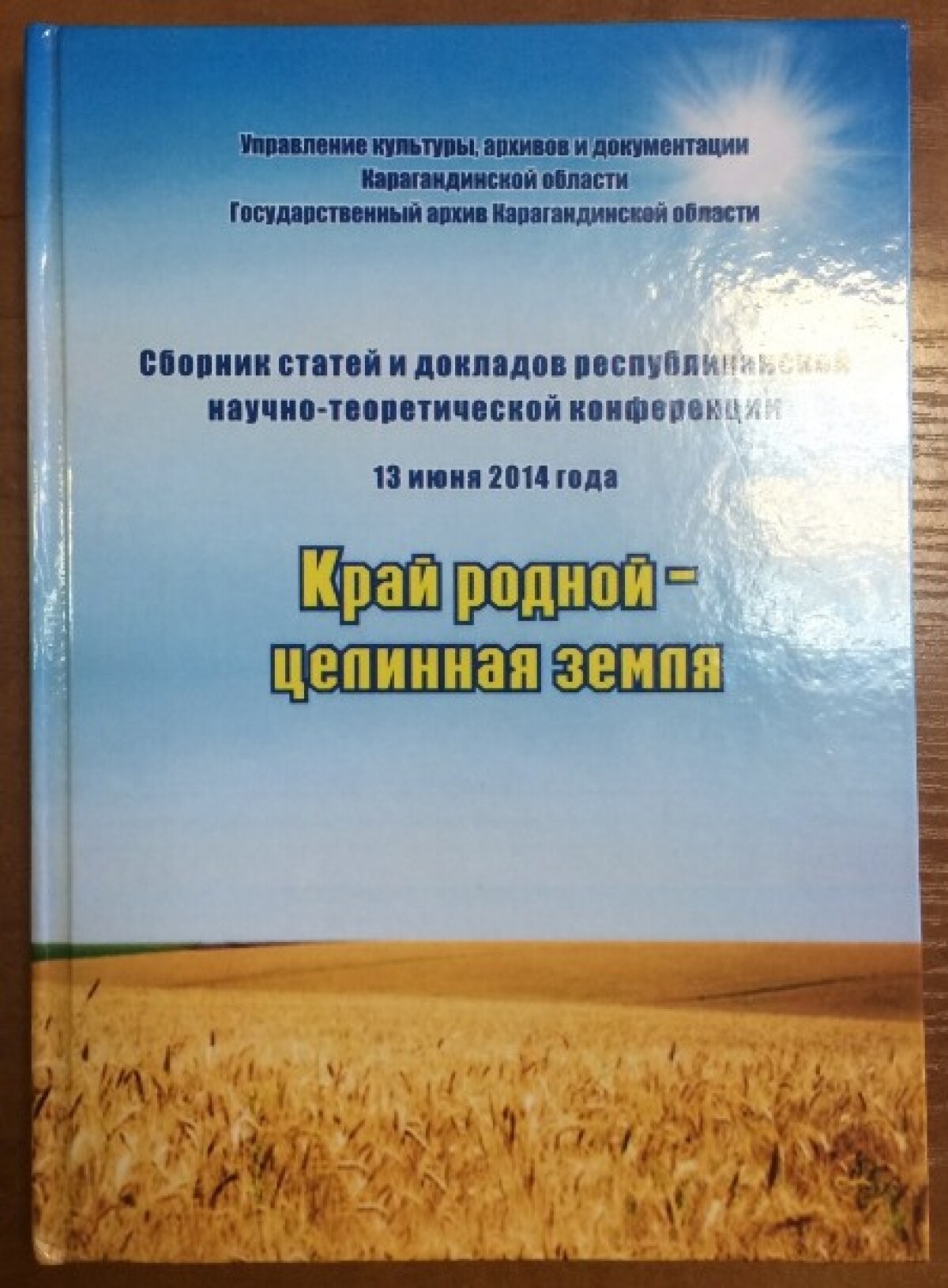 On June 13, at the House of culture of administrative center of Nurinsky district of Karaganda region, Kievka village was held republic, scientific and theoretical conference “My land-Virgin lands”.

Before the conference, the staff members of the State Archive of Nurinsky district conducted a tour of the library, which gave to the guests and participants of the conference an overall view of the village, district, institution’s activities, structure of documents and so on.

The staff members of House of Culture of Kievka village presented the exhibition, which had various documents, books, photographs relating to the activities of the district, before the opening of the conference. Moreover, bakery goods have been presented made of local raw materials. 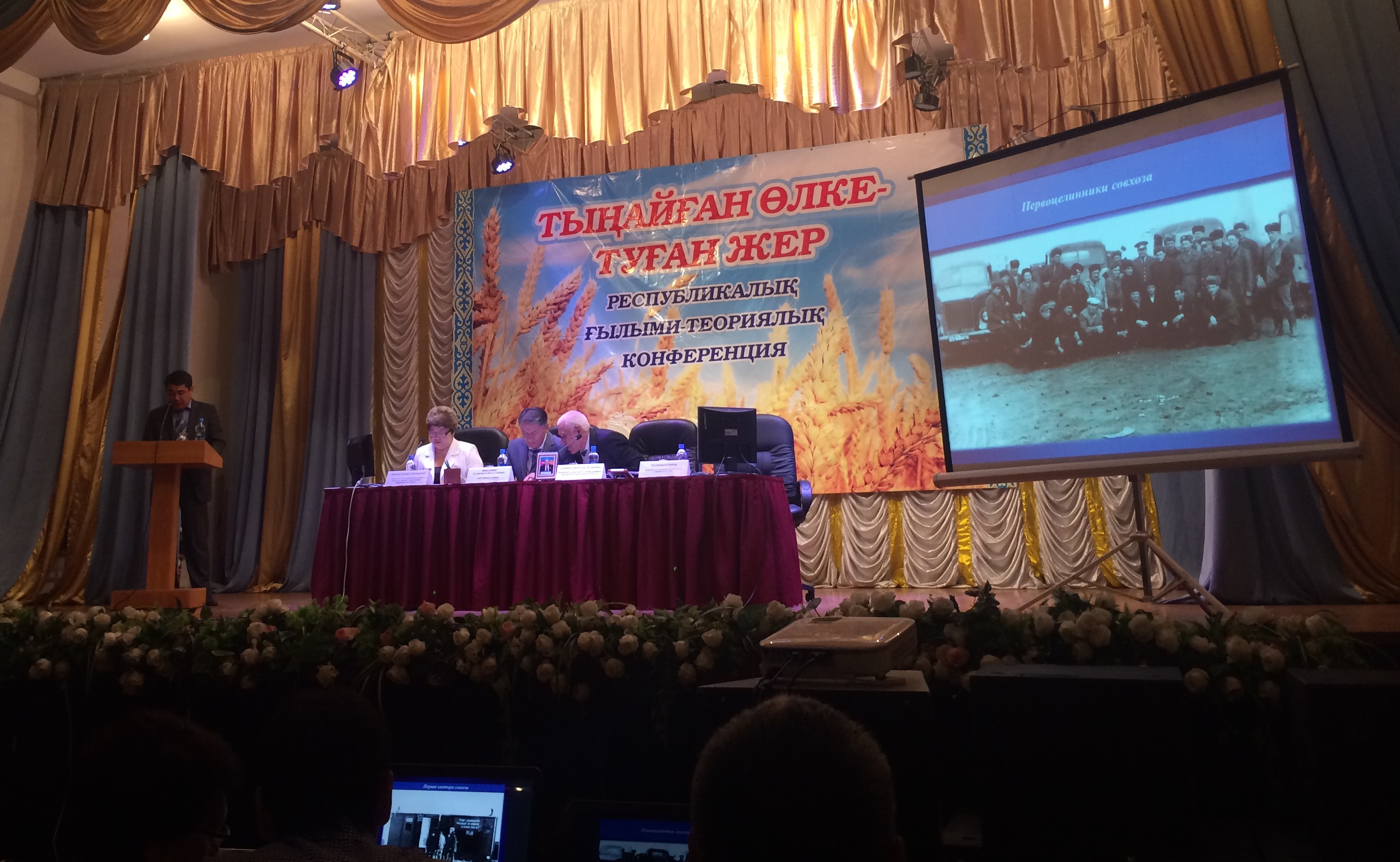 Presentation was made by: director of State archive of the Karaganda region, Ph. D. Zhanagul Tursynova, («Virgin Lands Campaign — History of people») («Освоение целины — история народа»), Professor of Kazakh National Pedagogical University named after Abay, Ph. D. Kaysar Kusainuly («We must respect our history») («Надо уважать собственную историю»), head of department of scientific usage of documents of the Center of documents of the recent history of the East Kazakhstan region Laura Kadyrova («Семейліктер егіс алқабында»), director of Sherbaktinsky historical regional museum of Ludmila Sidorenko («Virgin Lands epopee in our region») («Целинная эпопея в нашем крае»), director of House-museum of Shafera Tatiana Koreshkova («Songs of Virgin Lands — musical monument of heroic epoch») («Песни целины — музыкальный памятник героической эпохе»), head of Department of usage and publication of documents of State archive of Kostanay region Yulia Govorova («Changes in the structure of population of Kostanay region due to the development of Virgin and Fallow Lands in 50-60s of 20th century) («Изменения в составе населения Кустанайской области в связи с освоением целинных и залежных земель в 50-е — 60-е гг. ХХ в.«) and others. The expert of Administration of scientific publication of documents of Archives of the President of Kazakhstan Raushan Abduali made a presentation on the topic «…We were full of fighting spirit and youthful energy», prepared on the basis of documents from funds of Administration of the President of Republic of Kazakhstan.

The organizers of conference met with the first developers of the region, they were given with gifts.

Thanks to the development of Virgin and Fallow Lands during 1954–1960 period was created a solid base for further economic growth and welfare of the people in Kazakhstan, was formed the foundation for material and technical equipment of Agriculture, was the development in all spheres of public and social life.

«The developers, all Kazakhstan people created in those early years, not only a huge industrial, agricultural and scientific potential of Kazakhstan. The foundation of today’s sovereign state was formed. At that time was established a real friendship between nations and people. Duty of the present generation is to preserve and transmit descendants is sacred feeling of friendship and brotherhood» — said N. Nazarbayev.

There is no and could not be any doubt that the story of the Virgin Lands will remain forever inscribed in the glorious history of labor and self-sacrifice of the Soviet people in Kazakhstan. However, it should be recognized that in a deeply irrational Soviet model of economic development of Virgin Land could not reveal until the end of its huge potential.

However, it should be recognized that in a deeply irrational Soviet model of economic development of virgin land could not reveal until the end of its huge potential. Today, it makes the market, which is moving toward the paradigm of the Republic. Intensification of grain production already displacing «Soviet» ideology infinitely expandable nature, gives results that are made to believe in the Virgin Lands of Kazakhstan’s positive future. And it probably has the best memory obelisk to all those who made its heroic chapter in our history.