Home News Other “Only for us, my beloved, roads are already defined”. Prisoners of ALZHIR

“Only for us, my beloved, roads are already defined”. Prisoners of ALZHIR 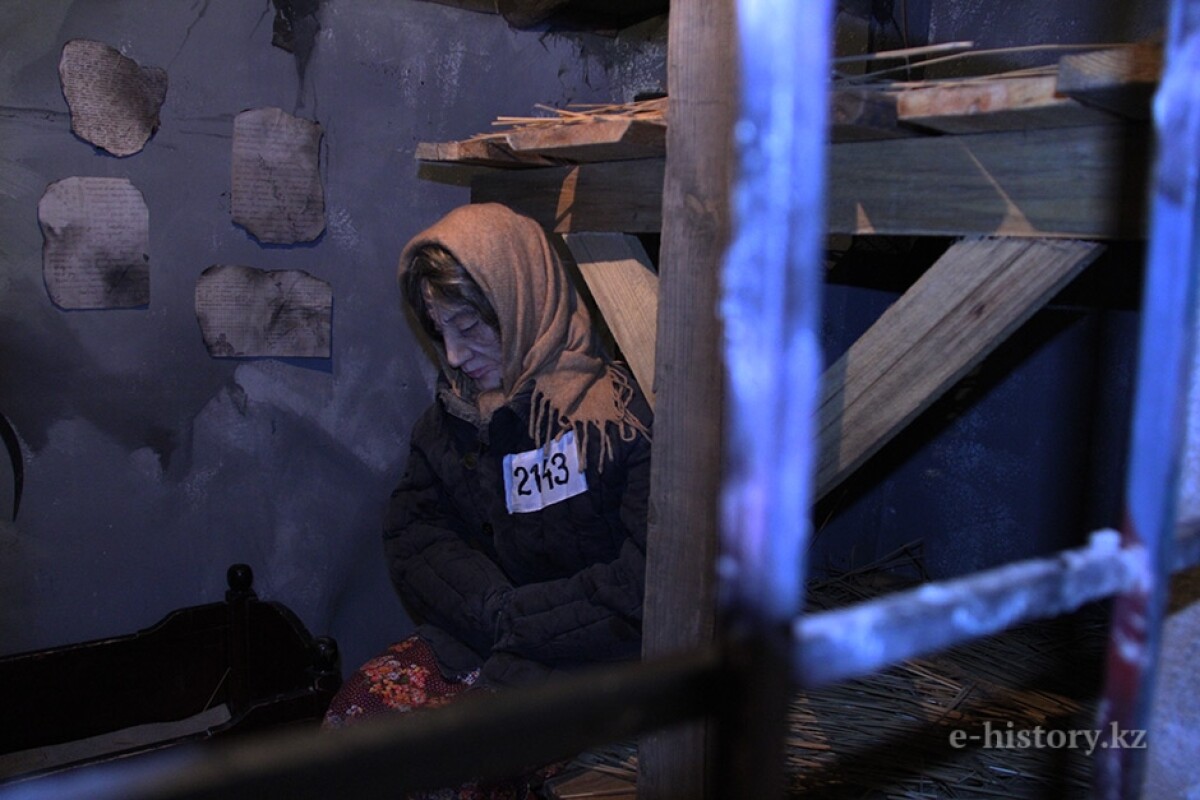 Behind the iron grille, in severe cold, heat and dust, under the gun muzzles of machine guards and dog’s howling in captivity worked women. Their eyes were doomed, lost and full of dumb question «Why?» Their thoughts were about home, children, with anxiety about what the future holds.

ALZHIR — Akmola camp for wives of traitors — the largest women’s camp in the Soviet Union in the era of totalitarianism. Committed no crime, women had to serve their sentence for as they were mothers, wives, sisters and daughters of those who were accused of treason.

Today in that place there is a museum and memorial complex ALZHIR. The memorial «Arch of Sorrow» is about to open. It symbolizes the meeting of two worlds — the living and the dead. Passing under the arch, you need to bow your head in respect. In bad weather, in the construction of arches can be heard sighs and wind noise like the voice of the time, the voice of history. 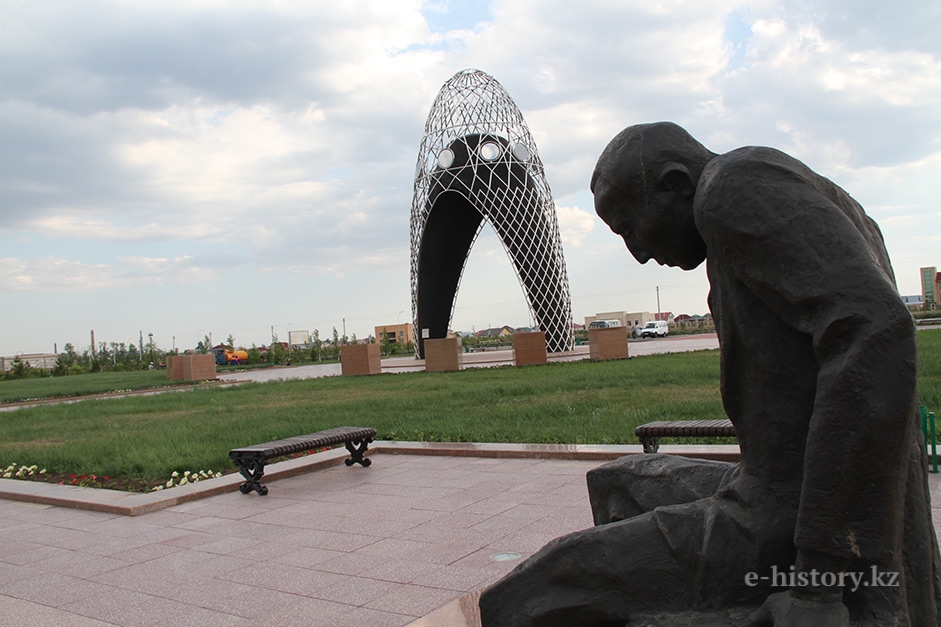 The main exhibition of the museum consists of two sections. The first section - the exposition "Alash", dedicated to the political history of Kazakhstan in 19th -20th centuries. 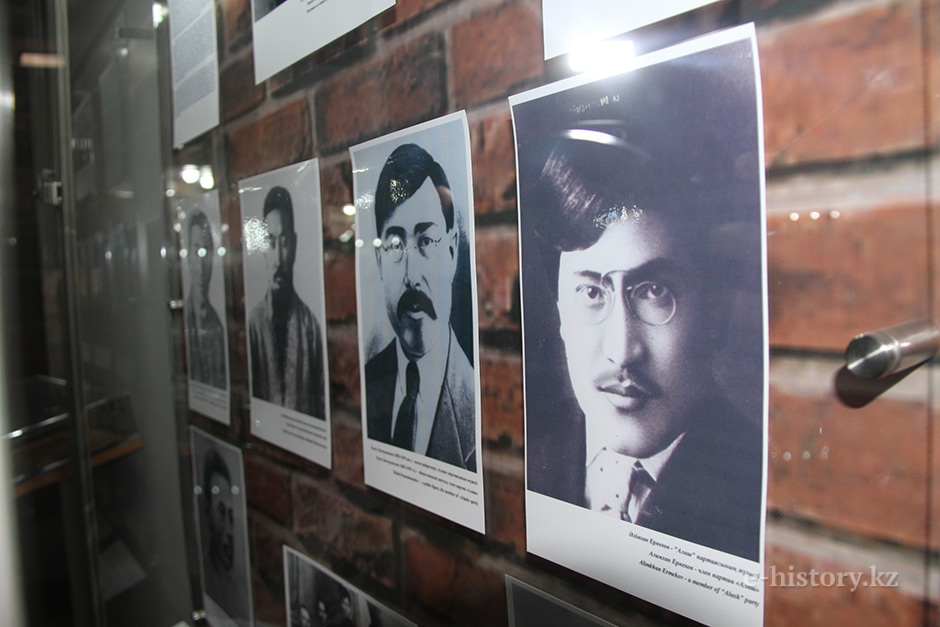 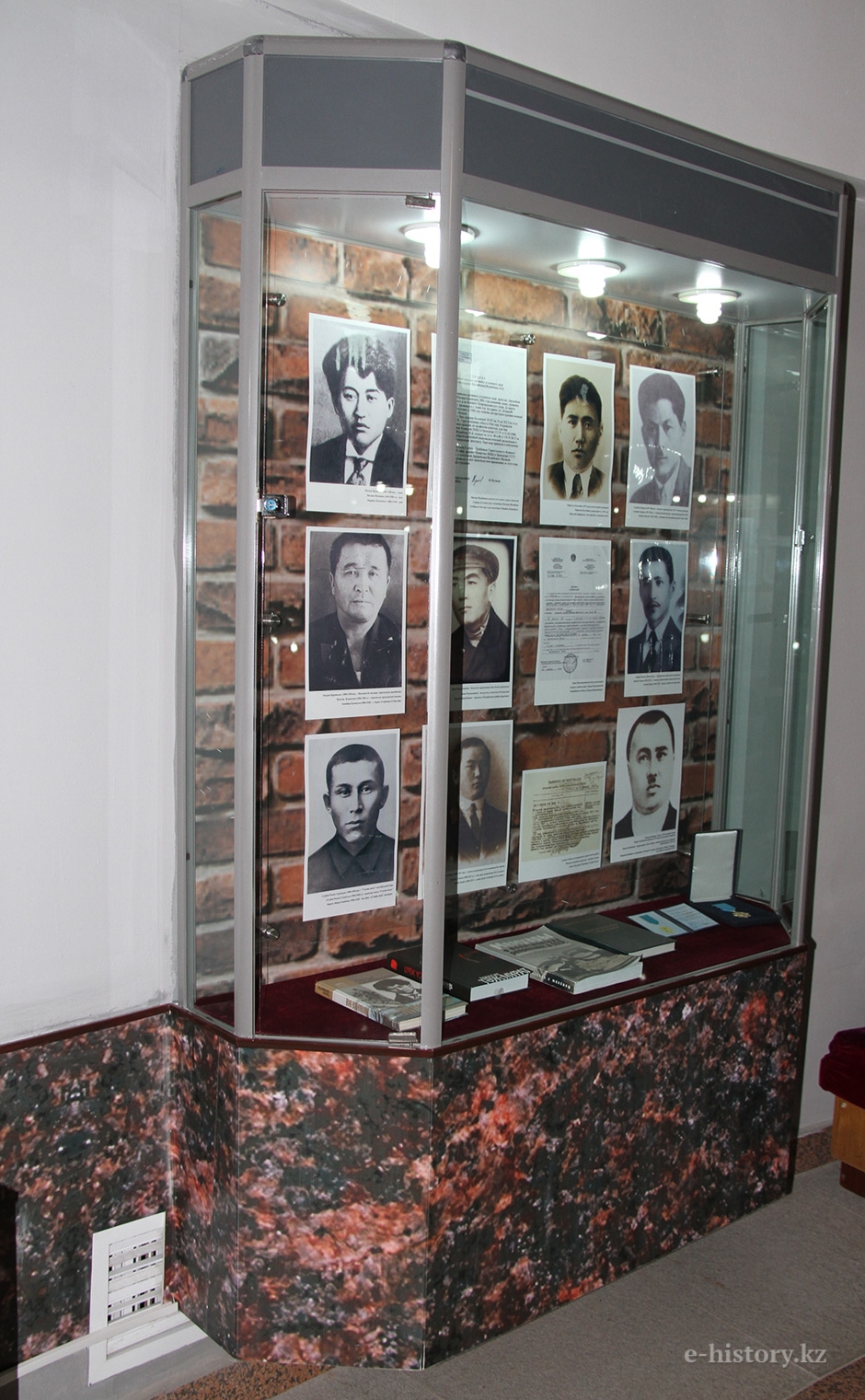 In the center of the hall there is a composition - "Flower of Life". Flower breaks through the stone, saying that, despite the many horrors and misfortunes, life goes on. 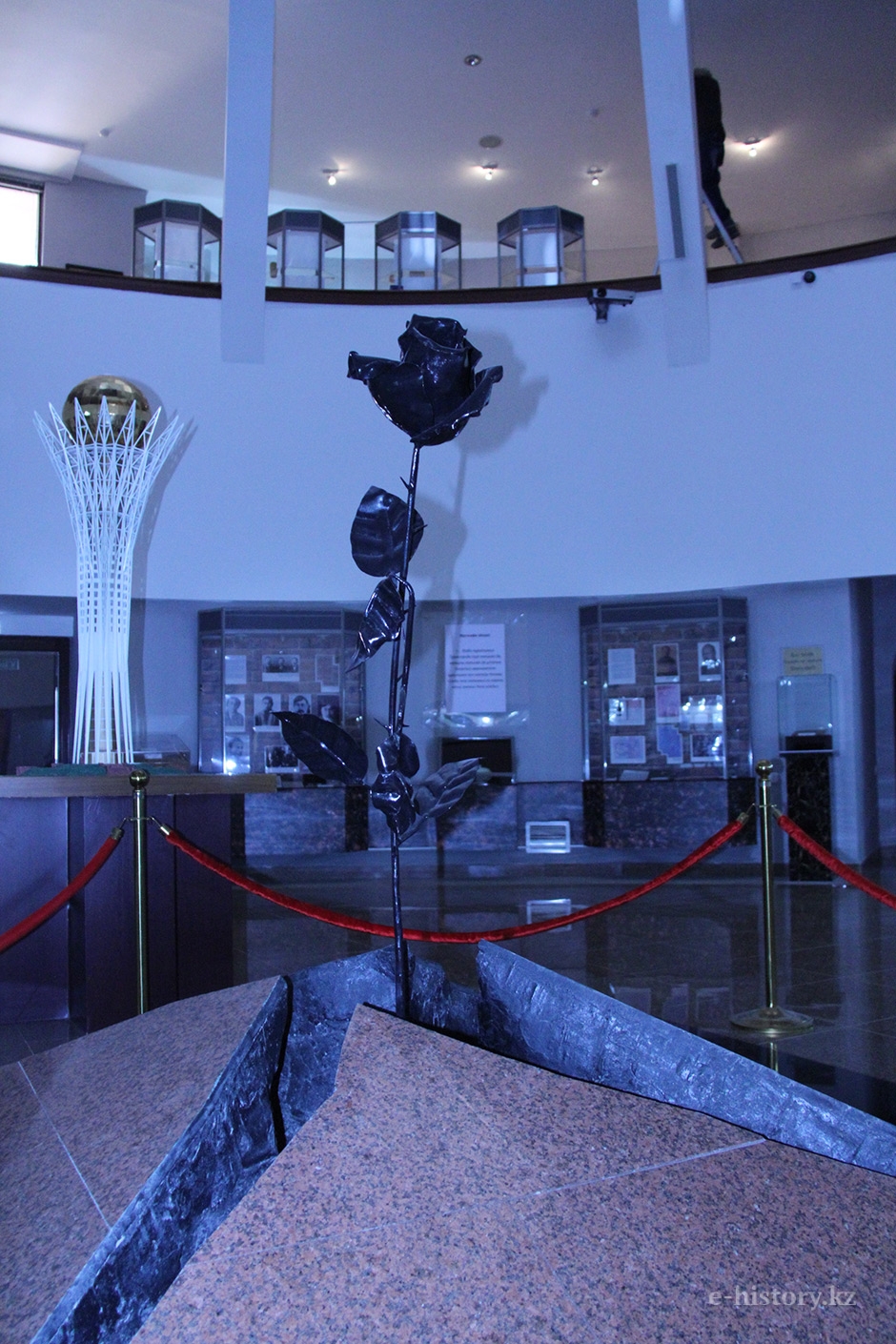 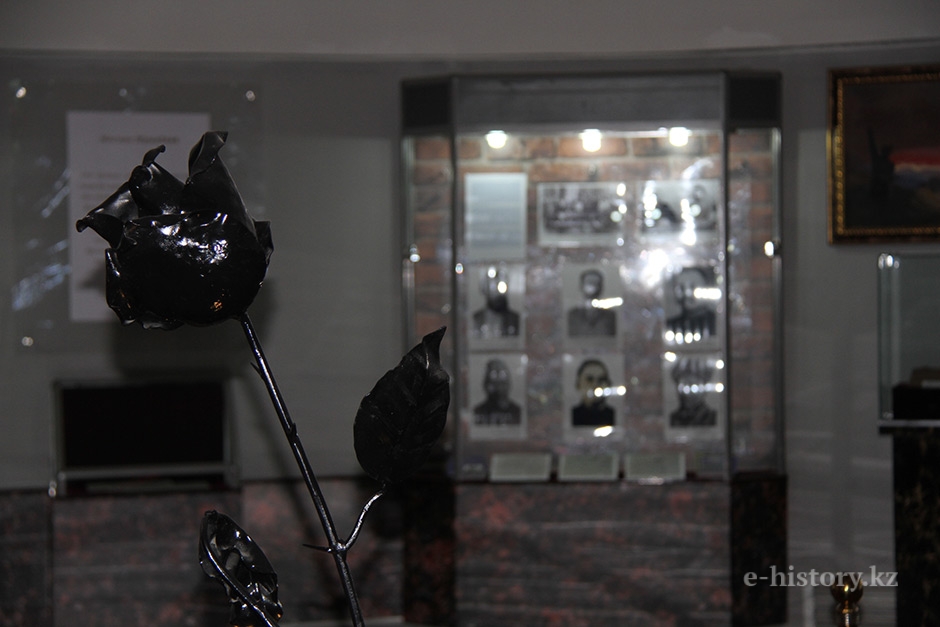 Rising up the head, you will see the composition «Freedom and slavery." The composition represents a snare, which includes 15 pigeons that beat their wings in hopes to soar. 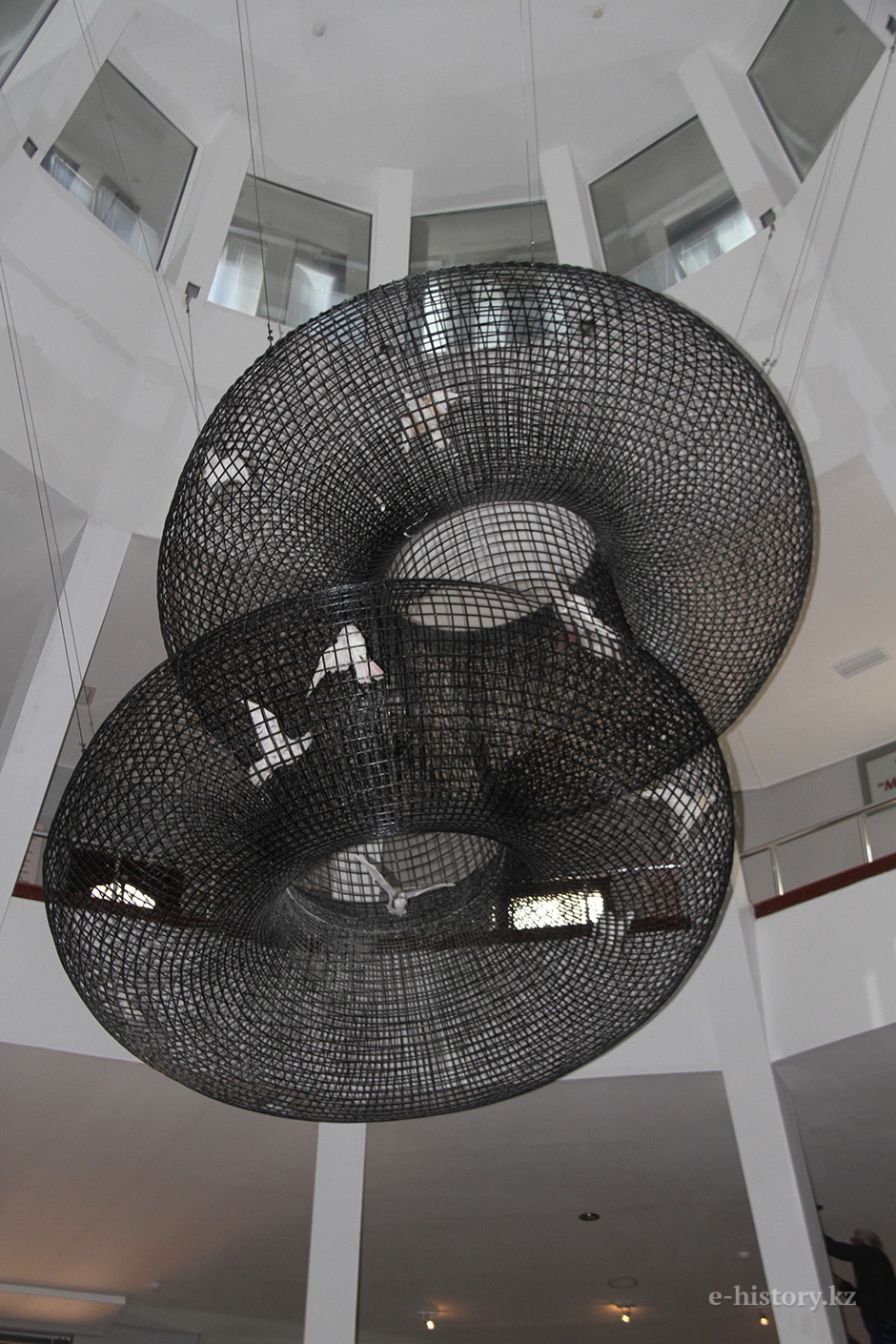 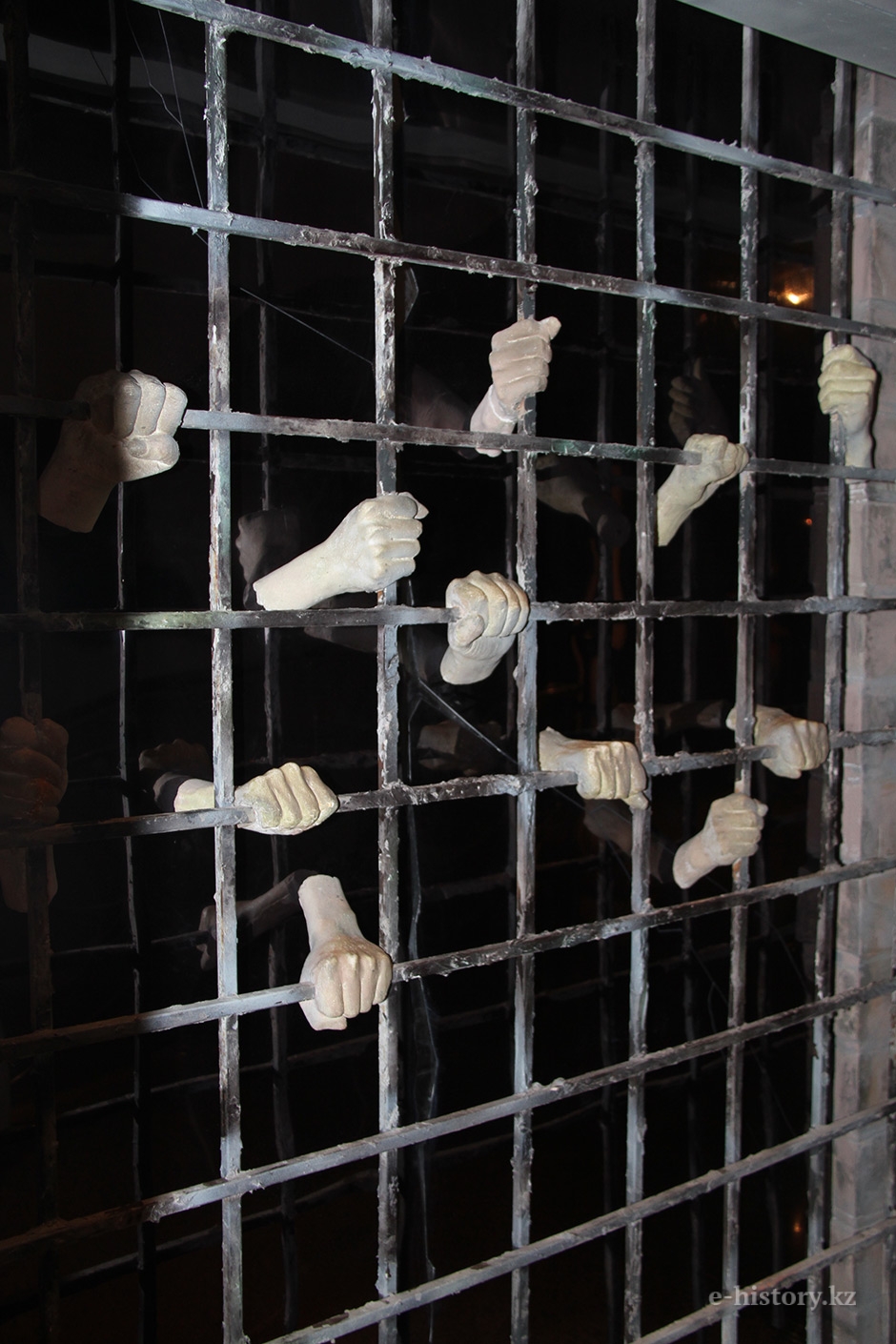 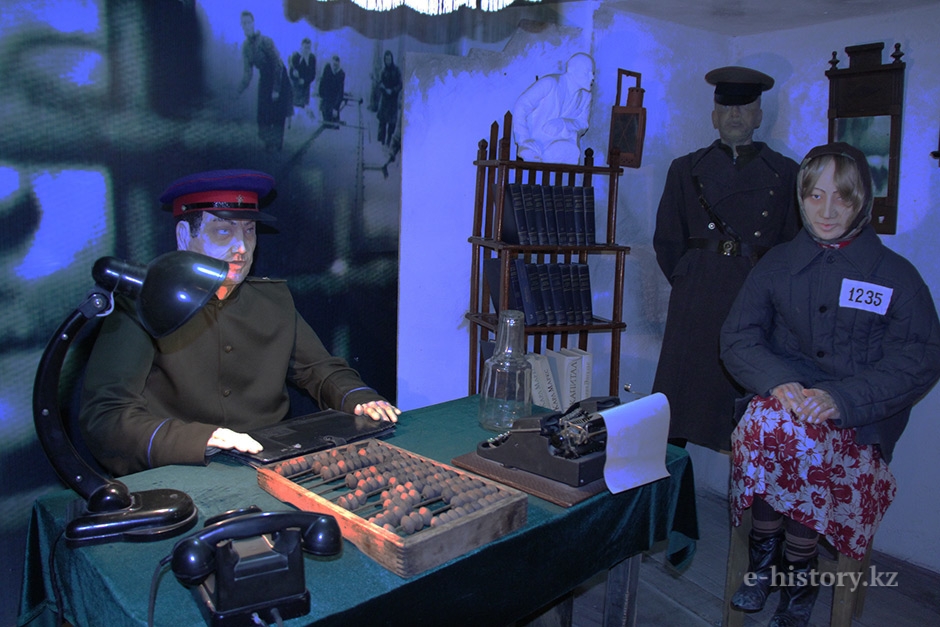 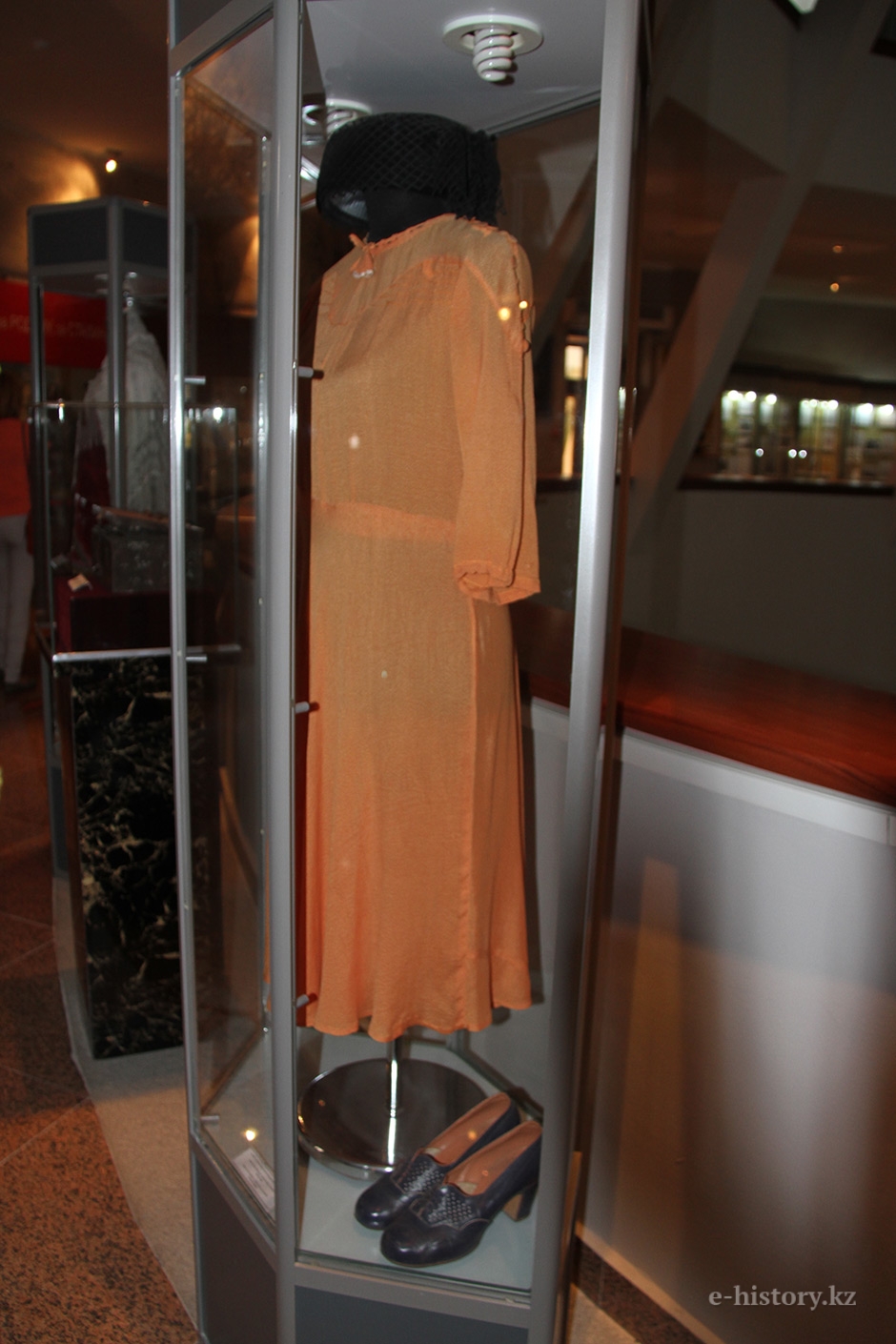 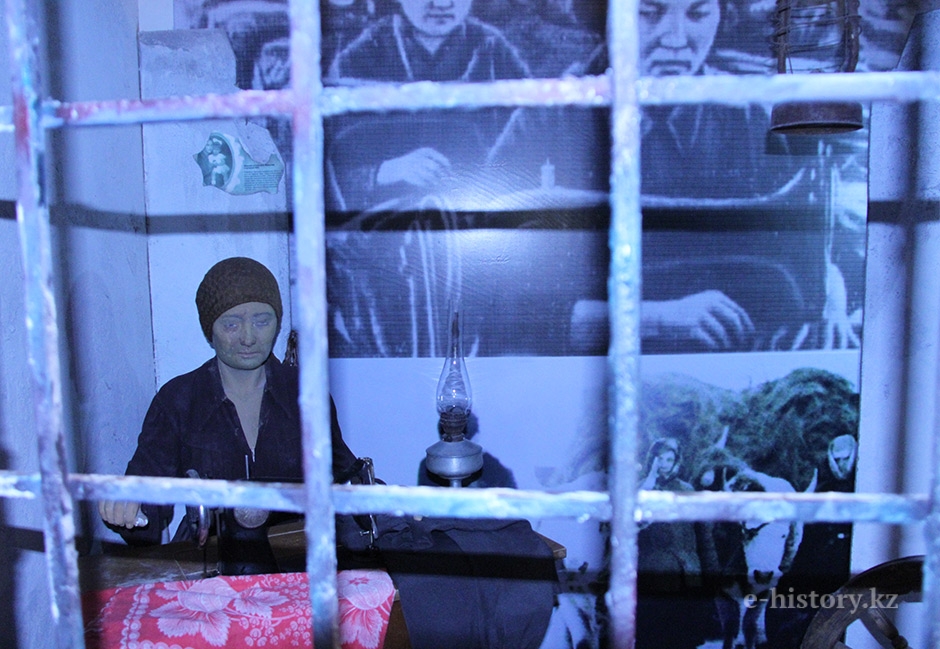 On January 6, 1938 the first batch of women with children aged one to three years came to Akmola camp. The camp consisted of several adobe huts, four towers and barbed wire. Within two months prisoners continuously kept arriving. Women in ALZHIR brought from across the country: from Moscow, Leningrad, Ukraine, Belarus, Georgia, Armenia and Central Asia. Seats for women in prison were not enough. And the newcomers themselves built themselves huts in a snowstorm and blizzard, heat and rain, they set bunk. Instead of mattresses they throw straw on wooden decking. 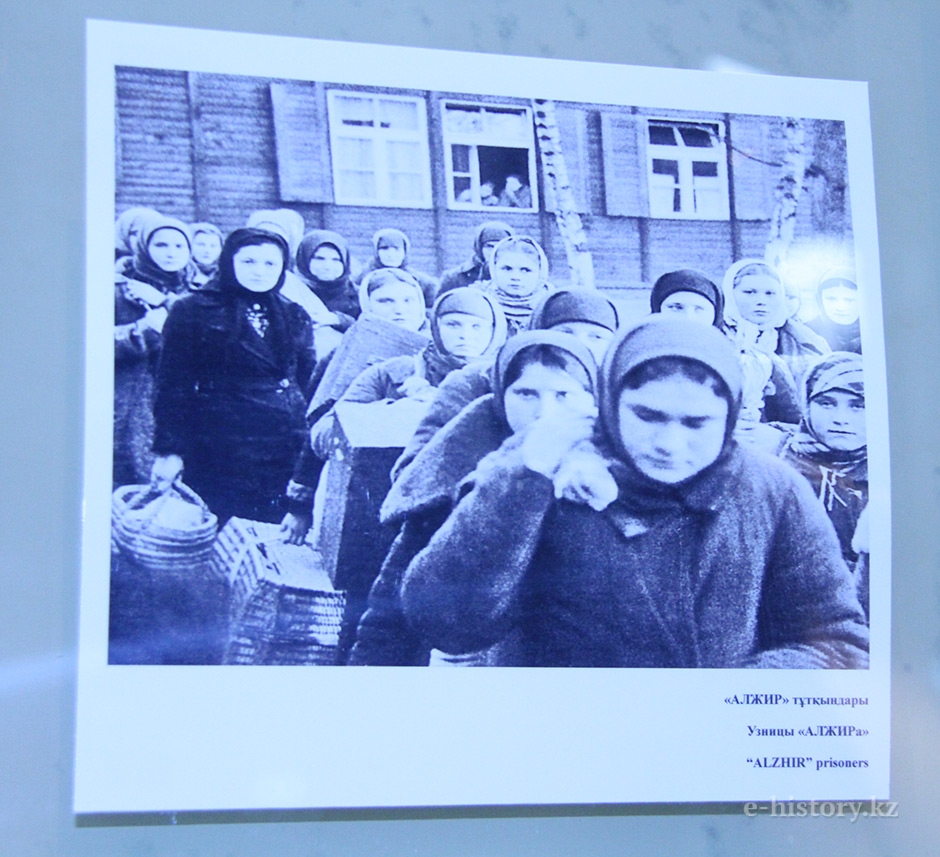 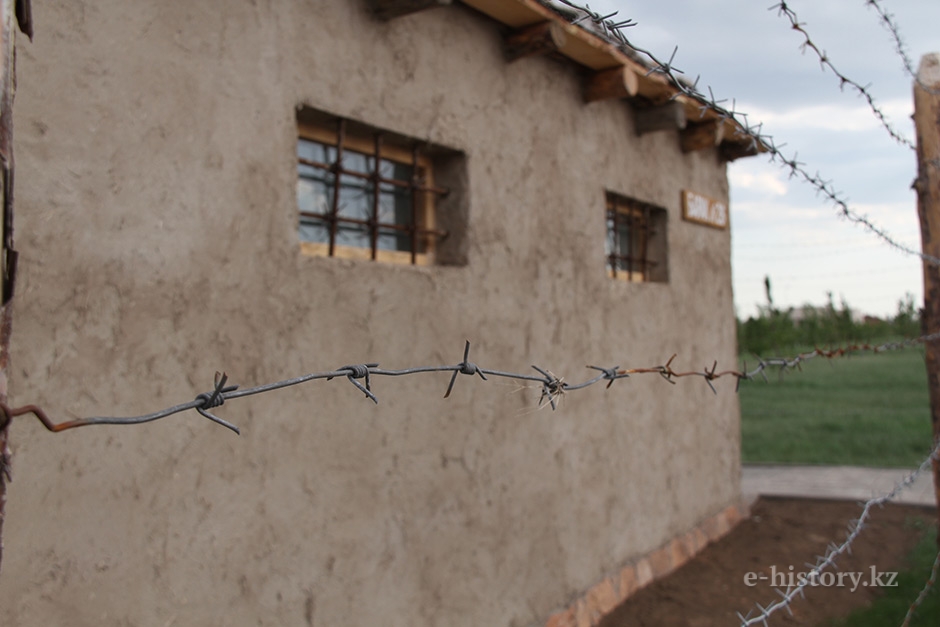 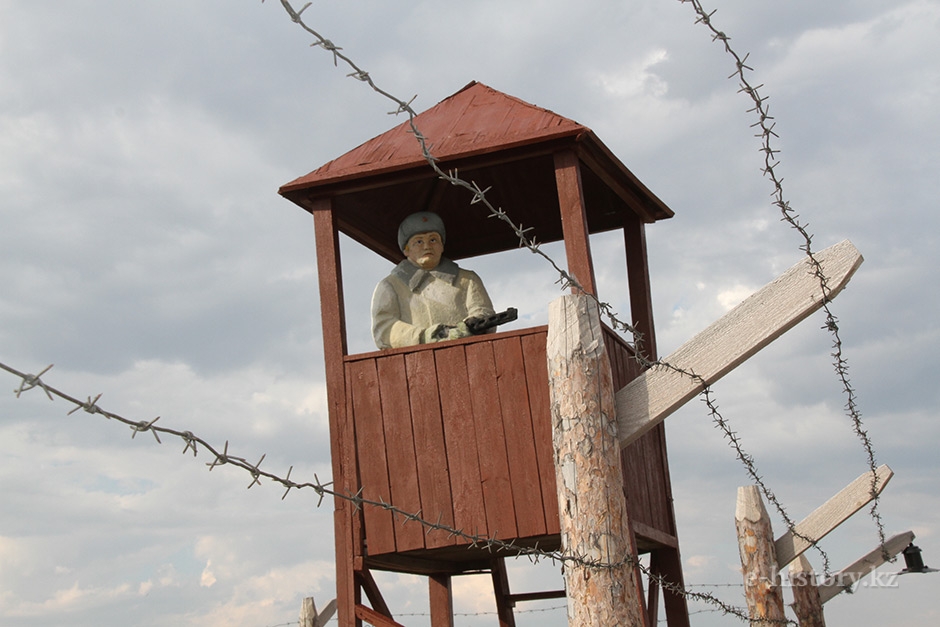 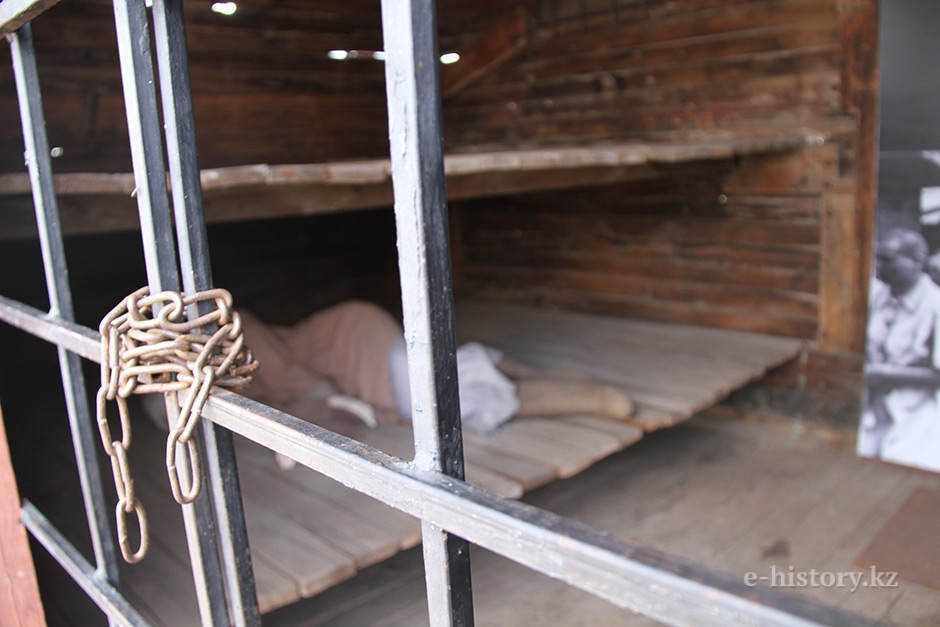 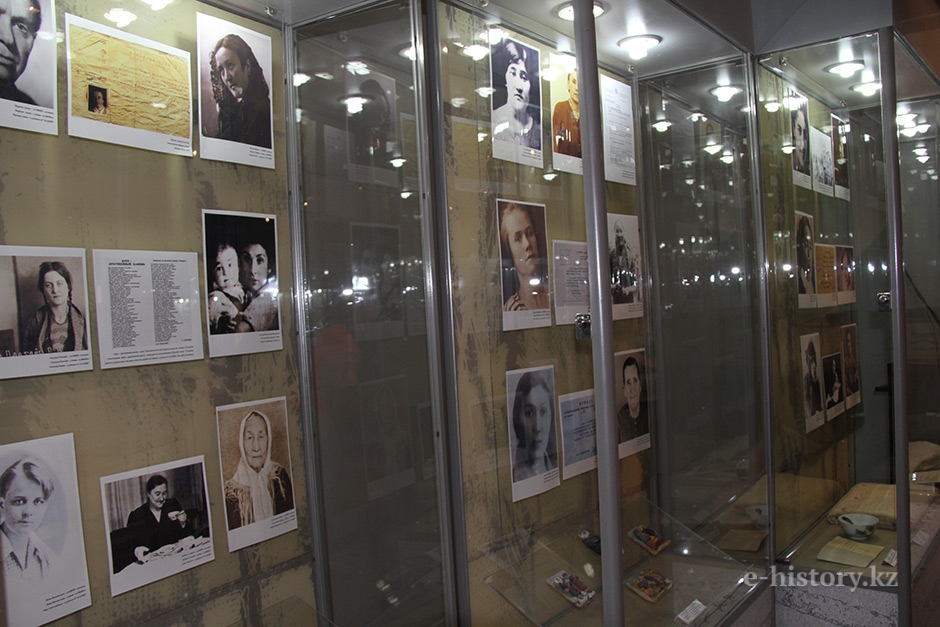 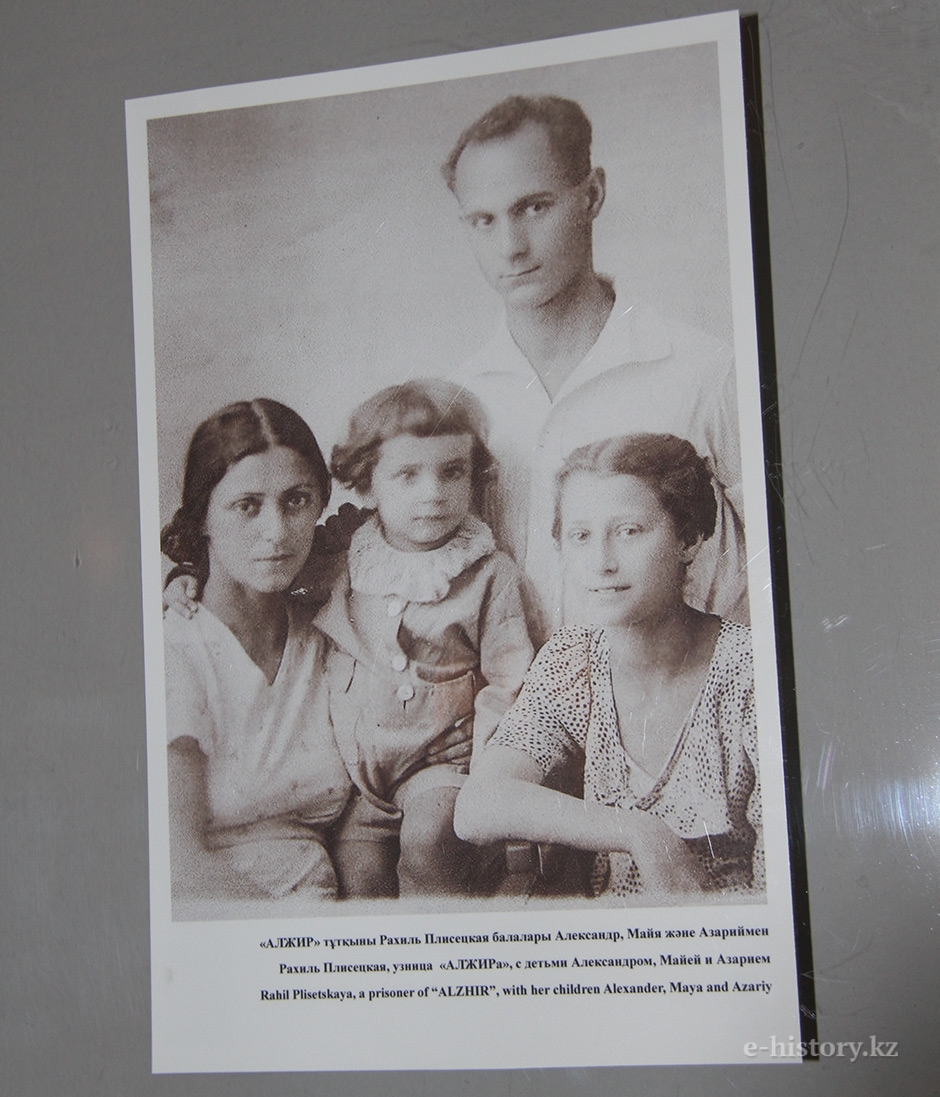 On a day of life ALZHIR gives a complete picture scale diorama museum. There are figures of female prisoners, armed escort, barking dogs, around the boundless steppe lakes and saucers and above all this blue sky Kazakhstan. 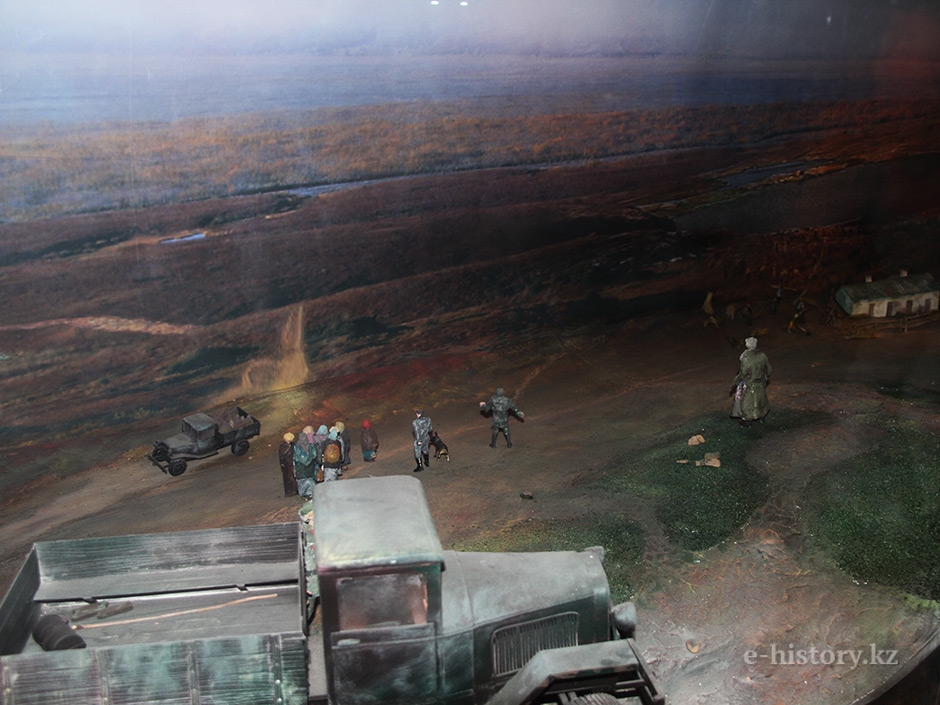 No sorrow in the world worse than mother’s grief that deprives their children. Almost all the «ALZHIR» women passed through it. Children were taken away from arrested women and sent to the nursery and orphanage Commissariat. Kids from 3 to 15 years to orphanages Narcompros and teenagers from 15 years were recognized the «socially dangerous» and subjected to repression or placed to special institutions. The museum presents photographs, children’s letters — poignant evidences of terrible years. 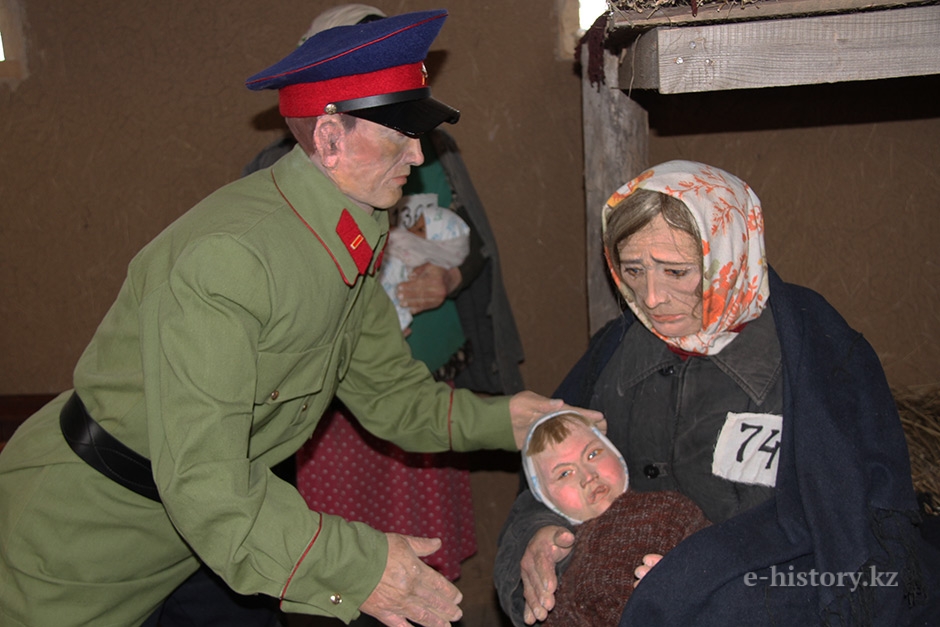 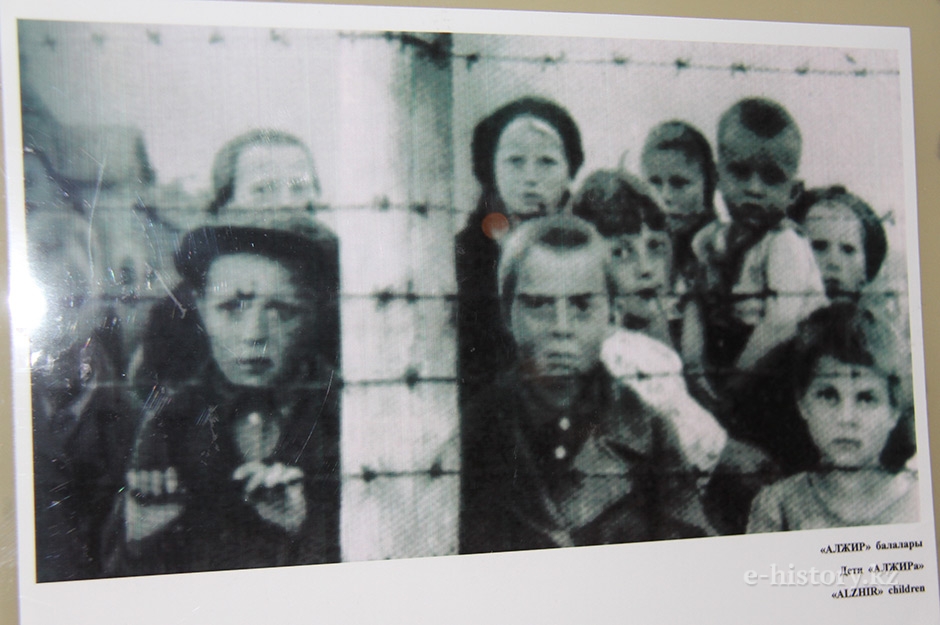 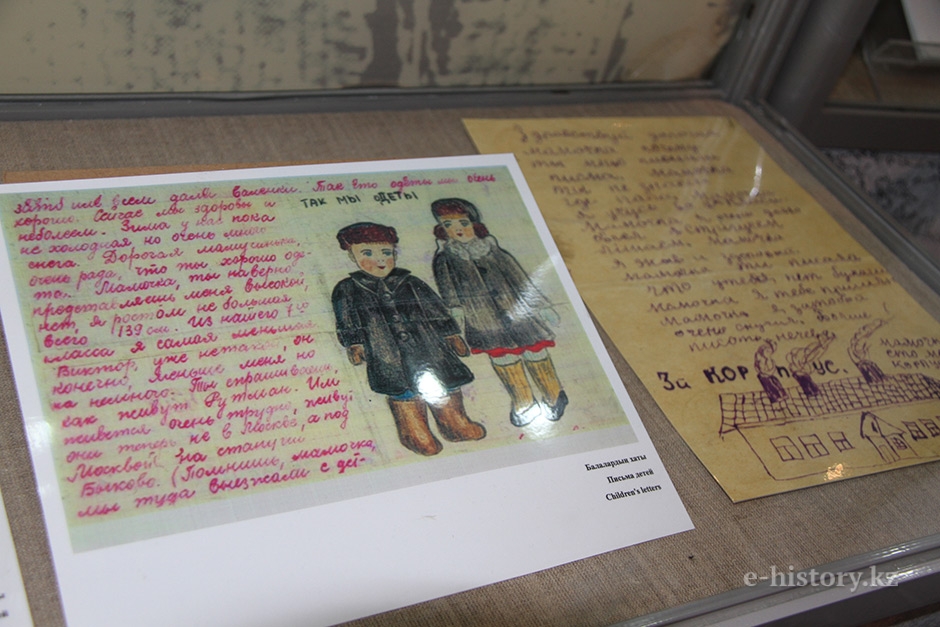 It took more than a decade since wooden barracks and convoy towers, enclosed by barbed wire, forever disappeared. The village has gained a new life and a new name Akmola that did not remind those terrible years. But «wives» are not forgotten here. Memory of the victims of the tragedy was preserved for descendants. For the descendants of those who had to go through all the horrors of prison and hell of camp stages. 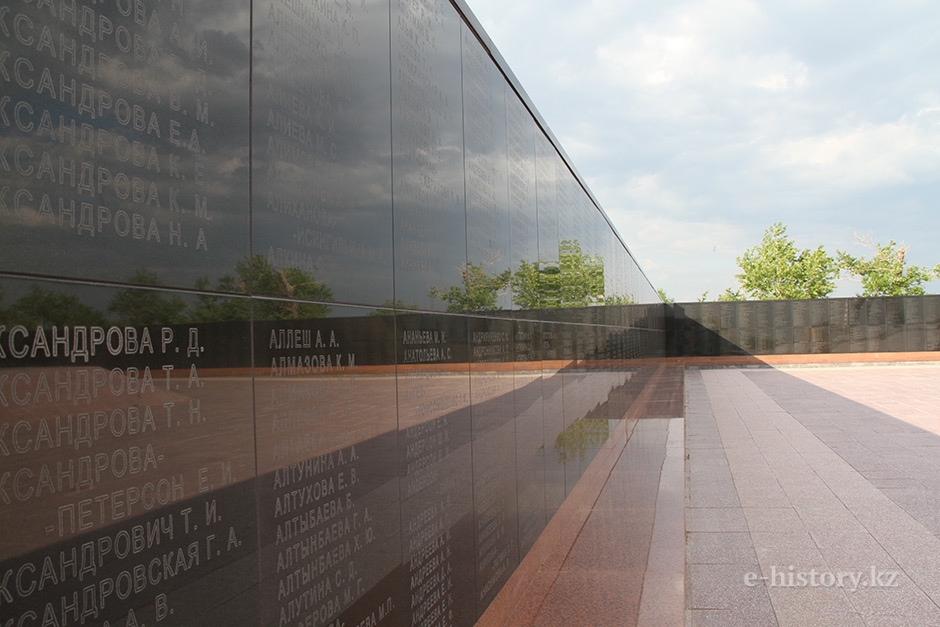 Wall of Remembrance of Victims of Political Repression

Use of materials for publication, commercial use, or distribution requires written or oral permission from the Board of Editors or the author. Hyperlink to Qazaqstan tarihy portal is necessary. All rights reserved by the Law RK “On author’s rights and related rights”. To request authorization email to or call to 8 (7172) 57 14 08 (in - 1164)
Қазақша Русский English
THE MOST WIDELY READ
Month Year
Top 10 national dishes you should try in Kazakhstan Master class was organized for the workers of the National Museum of the RK at Botay settlement Jewelry art Women that left trace in the history of Kazakhstan Kazakh yurt – a house without corners Kazakh wedding traditions: uryn kelu The great Kazakh scientist-educator, historian, ethnographer Shokan Ualikhanov was born Cultural walk: Museum of Turkic Academy The story of one photo. Nikolay Panin Cultural walk: in the footsteps of the Hero of the Soviet Union Timofey Pozolotin They proved that Kazakh Art was important for them Address of the President of the Republic of Kazakhstan. Expert opinion – B. Ayagan
Philosophy of the Emblem President of Kazakhstan took part in the opening ceremony of celebrations dedicated to the 175th anniversary of Abai Kunanbayuly Abdurakhman Aitiyev and his struggle Nurmukhan Zhanturin. Actor who played himself Ydyrys Mustambayev. Defender of Abai and Magzhan Online documentaries Kassym-Jomart Tokayev sent a telegram to UN Secretary General António Guterres History of pandemic in Central Asia THE GREAT SON OF THE GREAT STEPPE What was the composition of the country’s Supreme Soviet of the XII Congress Armenians and their kinship with the Kazakh people Nurtas Ondasynov. Kunayev’s Chief
Polls
Materials on the topic
Living for the Kyrgyz account
Heroic mothers of the great steppe
Stolypin about the worries and hopes of immigrants to the Kazakh steppes
A tireless explorer of the Kazakh land